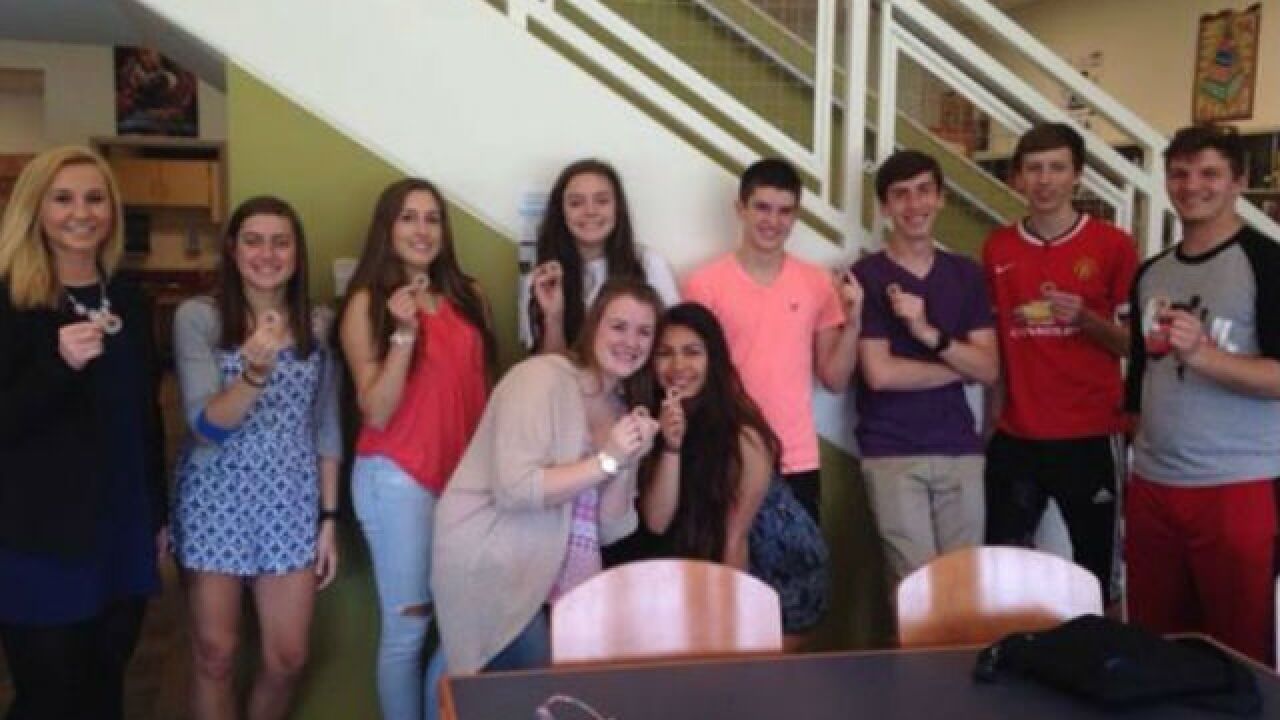 OXFORD, Ohio -- High school can be a tough place. That's why students at Talawanda are fostering kindness, positivity with Project Civility.

Members of the school’s Youth Initiative Team recently signed on as an affiliate chapter of Project Civility, an organization that encourages positive behaviors.

“We think a lot of things we see in news and around us are about shedding light on the bad things people are doing,” said Segi Adesha, co-director of Project Civility at Miami University’s Hamilton campus.

Project Civility was created in the 2011-12 school year at Miami University’s Hamilton campus, after student government members witnessed some of their peers making fun of a student who was disabled.

While the program is, at its roots, an anti-bullying effort, the initiative promotes kindness by recognizing thoughtful actions rather than attacking negativity.

“We’re going to try to focus on the positive (things) and shed more light on them, so more people will be drawn to them,” Adesha said.

Students also recognize positive behaviors by giving “civility nickels” to people when they do something kind or helpful.

“It can be something as simple as holding a door open for another person,” said Danielle White, who co-directs the program with Adesha.

Those who receive nickels are encouraged to spread the positivity by passing them along to others. The organization’s leaders hope passing the nickels on will help foster positivity off campus as well, White said.

“It’s about young people influencing each other to be civil toward one another, to think about each other’s feelings, to do random acts of kindness,” said Holli Morrish, director of communications and public engagement for Talawanda Schools.

Another way Project Civility members are sharing their message is by bringing it to high schools. With recent bullying complaints that came to light after Fairfield Middle School student Emilie Olsen committed suicide in 2014, the initiative’s leaders thought the district might benefit from the program.

For Adesha, promoting positive school climates in the district was personal. She said she experienced bullying while attending Fairfield High School.

Although discussions with district officials and community members have not led to a Project Civility affiliate chapter for Fairfield schools, others have signed on, including Talawanda, Madison and New Miami high schools. Edgewood High School is expected to sign on in the fall.

For Talawanda, the initiative will be an extension of work already being done in the district, with a focus on the everyday impact, Morrish said.

“We wanted it to be real and happening, not just a one-time program,” she said.

The program’s implementation will likely look similar at the high school level to the framework set in place at Miami, but there may be some differences, Adesha said.

However students elect to run it, the civility nickels will likely be a part of the program at Talawanda.

“I know they were very excited about the Project Civility coins,” said Amy Macechko, health and wellness coordinator for Talawanda Schools. “That was something that really kind of caught their attention.”

Members of Talawanda High School’s Youth Initiative Team, which is coordinated by Macechko, have stepped up to take the lead on engaging individuals and student organizations in the program. The team is known around the school for planning substance-free activities and other drug abuse prevention events.

While their work tends to focus on substance use, the group also promotes leadership skills and positive character traits.

“They see all of the assets built up through being involved in something that serves as a protective factor in keeping young people safe, healthy and drug-free,” Macechko said.

Although the school year is coming to an end, Morrish said she and Macechko hope team members will meet and discuss what they want the program to look like.

“I think it’s a great opportunity to grow and build upon what we already have and really have the students take the lead,” Macechko said.

The initiative is expected to roll out in the district this fall.