But many welcome the heightened competition
Posted: 7:00 AM, Aug 09, 2018
By: Laurel Pfahler | WCPO contributor 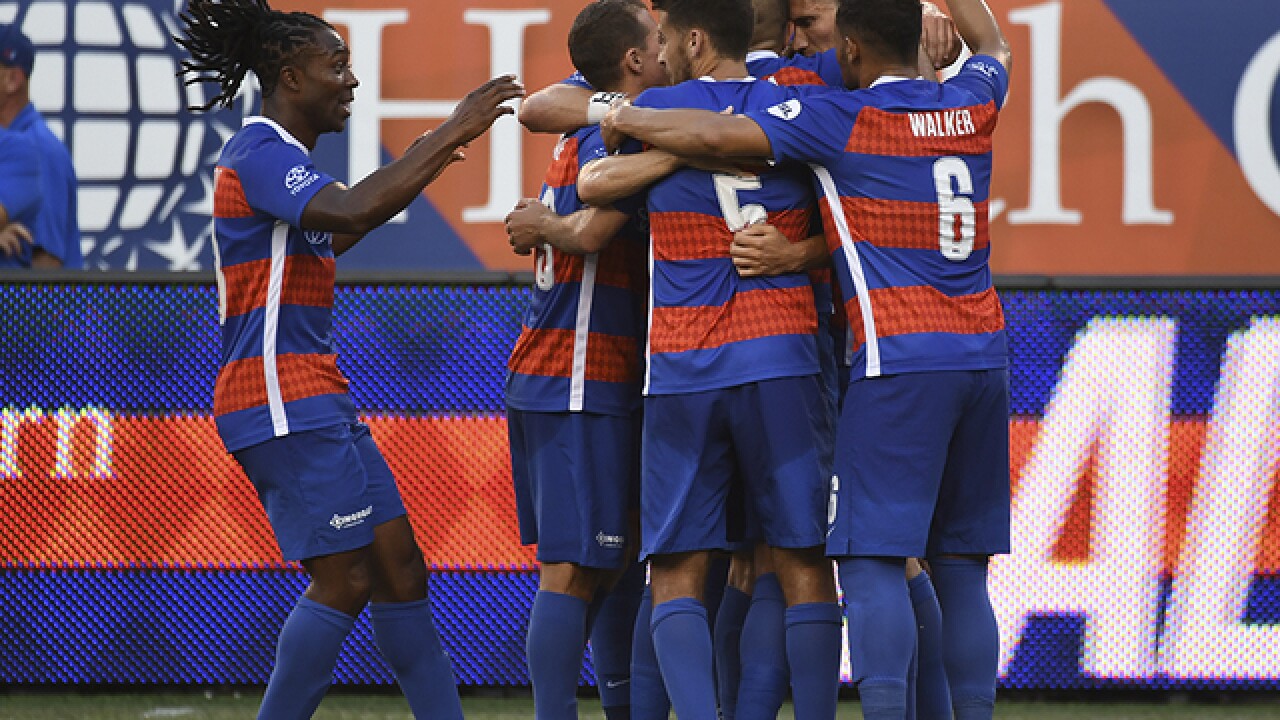 CINCINNATI -- Last week, when FC Cincinnati announced the signing of its first two players for the club's inaugural Major League Soccer roster, head coach Alan Koch spent part of the day in meetings he didn't necessarily want to have.

So, Koch spoke with a few of the individuals whose playing time likely would be most affected by the newcomers. A couple players decided to look elsewhere for opportunities, while a couple others indicated they wanted to stick around, Koch said.

"We always have to manage every individual," Koch said. "It's important to make sure the guys understand where they stand within the group. I'm not always the bearer of good news, but I have to be comfortable giving good and bad news and always be transparent and open and honest with the players. … Movement in and out is part of this business, and it's our job to manage that as coaches."

It appears that midfielder Will Seymore and defender Lance Laing are ready to move on; both were missing from practice Wednesday and no longer have mention of FC Cincinnati on their social-media profiles.

The two already have struggled to get playing time the past few months and would be directly competing with Konate and Alashe for time. They likely could play a bigger role on other teams where the payroll is not so big and the roster not so deep.

In reality, everyone on Cincinnati's roster is impacted by the new signings, though. If playing time isn't impacted, the competition level is, since FCC is using the rest of the season as a tryout for players to join the club in MLS next year.

"It makes it more real that we are going to MLS next year," midfielder Nazmi Albadawi said. "We are bringing in players that have played in MLS for a while and have been very good in MLS, too. Fanendo is a great signing, Fatai as well, and Pa coming in, too. We have good players that are very talented and have done well in the league, so it just makes it a little more real and it's exciting, because we all want to be in the league as well and we all want to compete for our spot next year.

"Our main focus is on winning the USL this year," Albadawi continued, "but with those players coming in, hopefully it gives us a better chance of doing it, and they can help us earn our spot to transition over with them, hopefully."

The midfield is getting especially crowded for FCC. Tyler Gibson also recently returned from a broken leg that had sidelined him since Feb. 4. He's just now getting a chance to prove he belongs, but the former San Francisco Deltas (North American Soccer League) central midfielder said he isn't concerned about not having enough time left for a proper MLS tryout.

Gibson made his club debut in the international friendly against RCD Espanyol on July 28 and came in off the bench Saturday for his USL debut.

"There is still a lot to play for and to impress and everything," Gibson said. "In soccer, sometimes it only takes one game to impress. I still have some sharpness to work on, but there is still plenty of time. I'm just going out and working hard and trying to make people make decisions.

"I'm confident in my ability. It had been six months since I had played, but right when I stepped on the field, it felt like it was yesterday I was playing. It's like riding a bike. I'm just excited to keep working and training. I definitely need to work on my sharpness and everything, and more fitness, of course."

The 27-year-old from Knoxville, Tennessee, doesn't mind a little extra competition, either.

"It's great to have players coming in," he said. "We have a top-quality group, so training against them every day is great. You want to push yourself to get better, so I'm excited for it."

Adi, Alashe and Konate are still settling in, so playing time hasn't immediately been limited for others on the team.

After the trio joined the club at training for the first time July 30, only Adi made his debut Saturday. It's uncertain whether any of them will be available for selection Sunday against Penn FC.

Adi and Alashe had some packing up to do this week on the West Coast before they could officially move to Cincinnati, so they both missed practice Tuesday and Wednesday. Alashe was expected back Wednesday night, but is still working back from a groin injury, and Adi isn't getting back until Friday.

Meanwhile, Konate is still waiting on his visa before he is able to play.

"We are trying to work with guys to turn their lives around in a short amount of time; that's not easy, so we are working with them," Koch said. "We anticipate and hope everyone is healthy and we anticipate at the end we will have some tough decisions to make in terms of who is in the 11 (starting lineup) and who's in the 18 (available for selection)."

Koch said all three players have mixed in well with the group so far -- when they've been around -- and Konate especially looked comfortable at training Wednesday.

Their humble approach to joining the team probably has something to do with how welcoming the other players have been toward the newcomers.

"You can tell they are coming here to work hard and earn their spot," Albadawi said. "Some guys can walk in, and especially if you're a DP (designated player), with a big head and act like you're the man and all, but Adi hasn't done that at all. He's been really nice to everybody, very humble, and the same with Fatai and Pa. They are excited to be here, they are excited for the opportunity and to help us grow as a team.

"We have a lot of players in every position that are very talented, so you have to use it as a positive thing, continue to push each other to become better. If we keep heading in the right direction, we can do some special things this year and hopefully win a championship, and that's the focus."