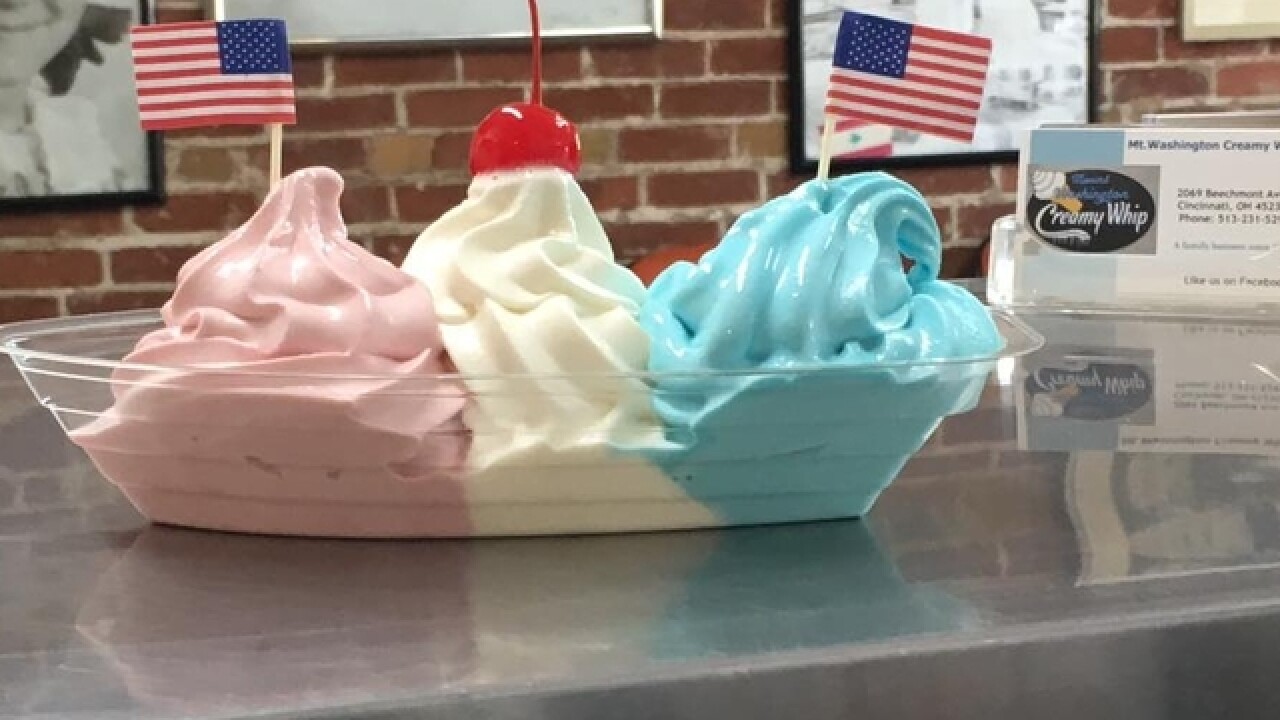 CINCINNATI – Summer may be over but ice cream and edible cookie dough never go out of season.

The parlor is about a three-minute walk from Ziegler Park at 1322 Sycamore St.

"I've lived down in OTR for 12 years now," Ganim said. "I just have a pulse on OTR and I think that Pendleton is a really neat up and coming place."

Ganim knows the soft-serve ice cream and sweets business. His family also owns the Mount Washington Creamy Whip & Bakery and the Old Milford Parlor. Ganim said his family has been in the dessert industry in Greater Cincinnati since the 1920s.

The Pendleton shop's focus is on traditional creamy whip ice cream with the addition of edible cookie dough, which Gamin introduced at Mount Washington a couple of years ago.

The Pendleton store also sells espresso and ice cream fusion drinks and a limited number of baked goods. The parlor has a sit-down bar that spans the length of the space, with additional small tables.

When the parlor was first announced, Ganim said he believed his shop may be the only soft-serve ice cream parlor located in the Downtown, Over-the-Rhine and Pendleton area.

"What's really great about creamy whip is between flavors and toppings people have up to a 1,000 different choices," Ganim said.