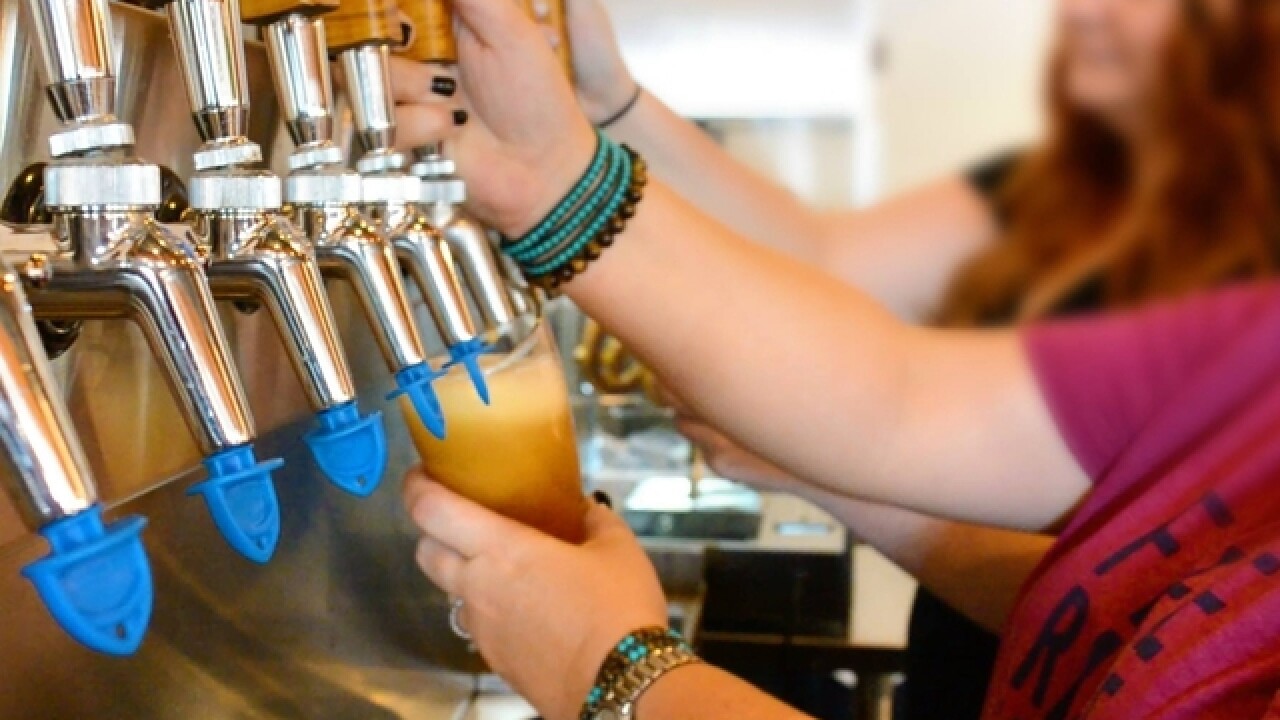 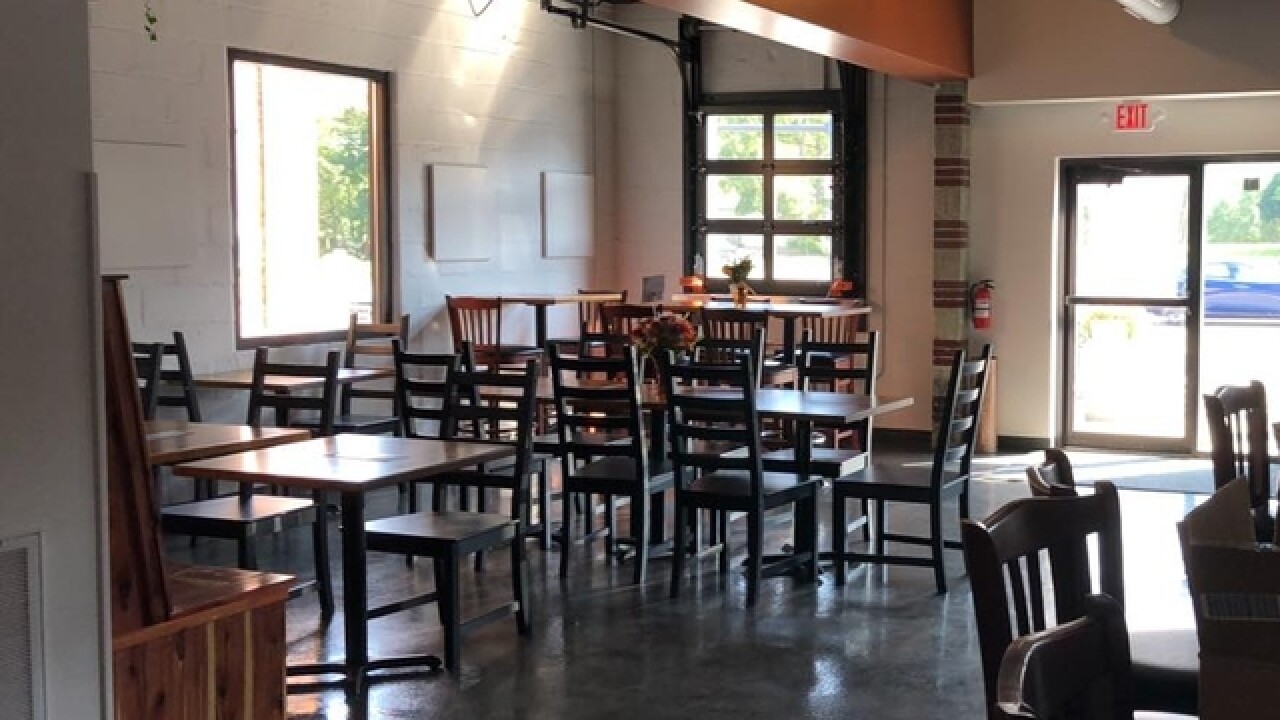 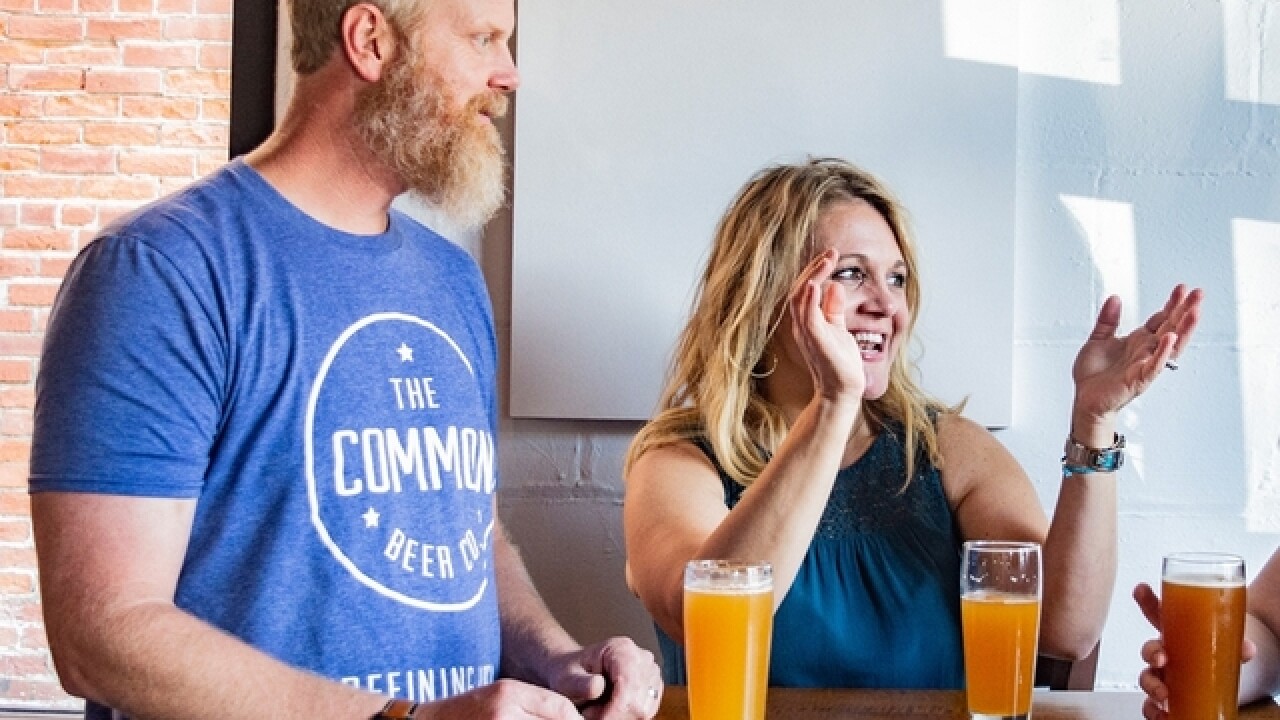 MASON, Ohio – When Mark and Amy Lortz decided to go into the craft beer business, the couple knew they wanted to open a brewery with a neighborhood feel.

Based on the turn out for the opening of The Common Beer Co. at 126 E. Main St. in Mason, the couple delivered on that vision.

"We were at capacity pretty much the majority of Friday and Saturday," Mark Lortz said. "It was better than I could ever have imagined."

That turn out was impressive considering how the Lortzes announced their brewery's opening.

On Friday, Oct. 5, they published a post on Common Beer's Facebook page that simply read "Lights on in 10....minutes!"

Guests were greeted that day with six beers on draft made in Common Beer's six-and-a-half-barrel-capacity brewhouse. Common Beer's full-time head brewer Justin Chaney added an additional beer to the brewery's 14-tap system the week of Oct. 15.

"We ultimately are going to do 12 beers and two ciders," Lortz said.

Before coming to Common Beer, Chaney worked at Swing City Brewing, along with several other local breweries before that. Mark Lortz also helps out in the brewhouse in between working a full-time job.

Lortz said his love for craft beer began when his daughter and wife bought him a home brewing kit for Father's Day.

"I have no industry experience," he said. "It's been a hobby for about eight years for me."

The couple lives about a mile from the brewery, which is located on the first floor of a two-story, 1900s-era building in the heart of Mason. The Lortzes began renovating the building after purchasing it in January.

Common Beer's taproom can accommodate a crowd of 62 people, with seating for 44. The brewery has a backyard beer garden equipped with picnic tables, a fire pit and games, along with a front patio.

It also has a food menu that includes soft pretzels, a salad, Saratoga chips, sliders and pizza.

To learn more about the brewery visit commonbeercompany.com.