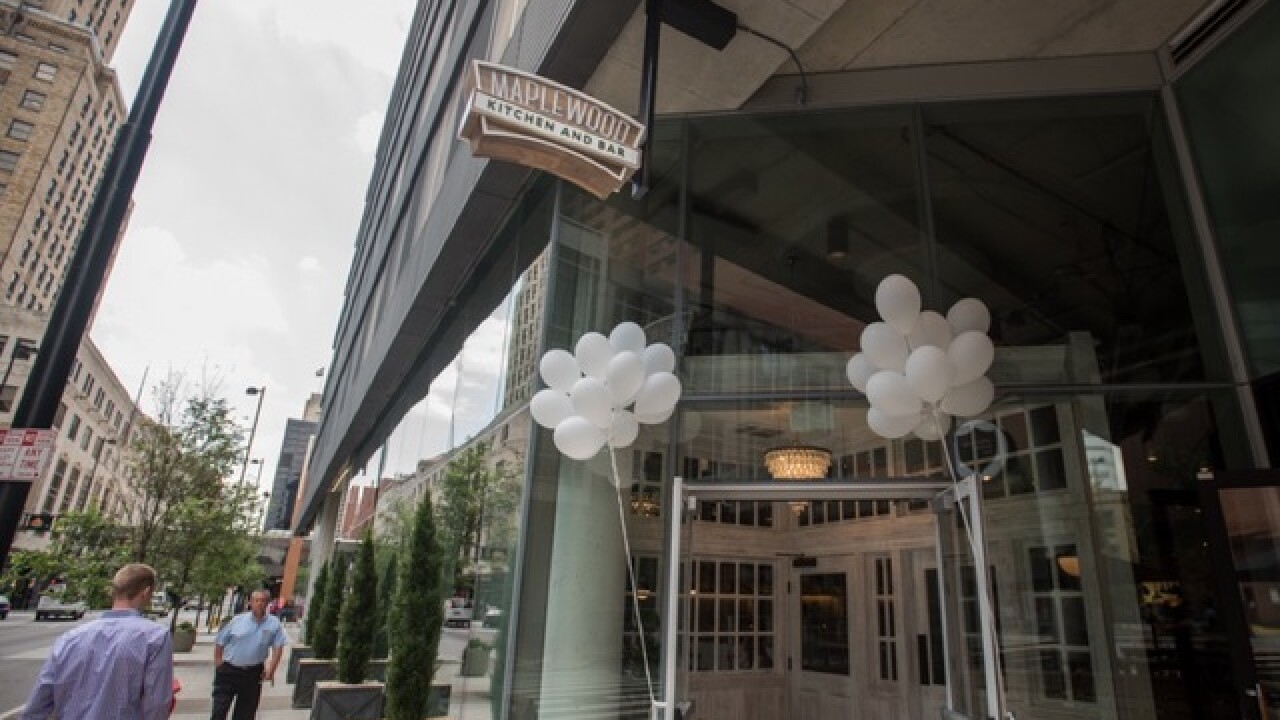 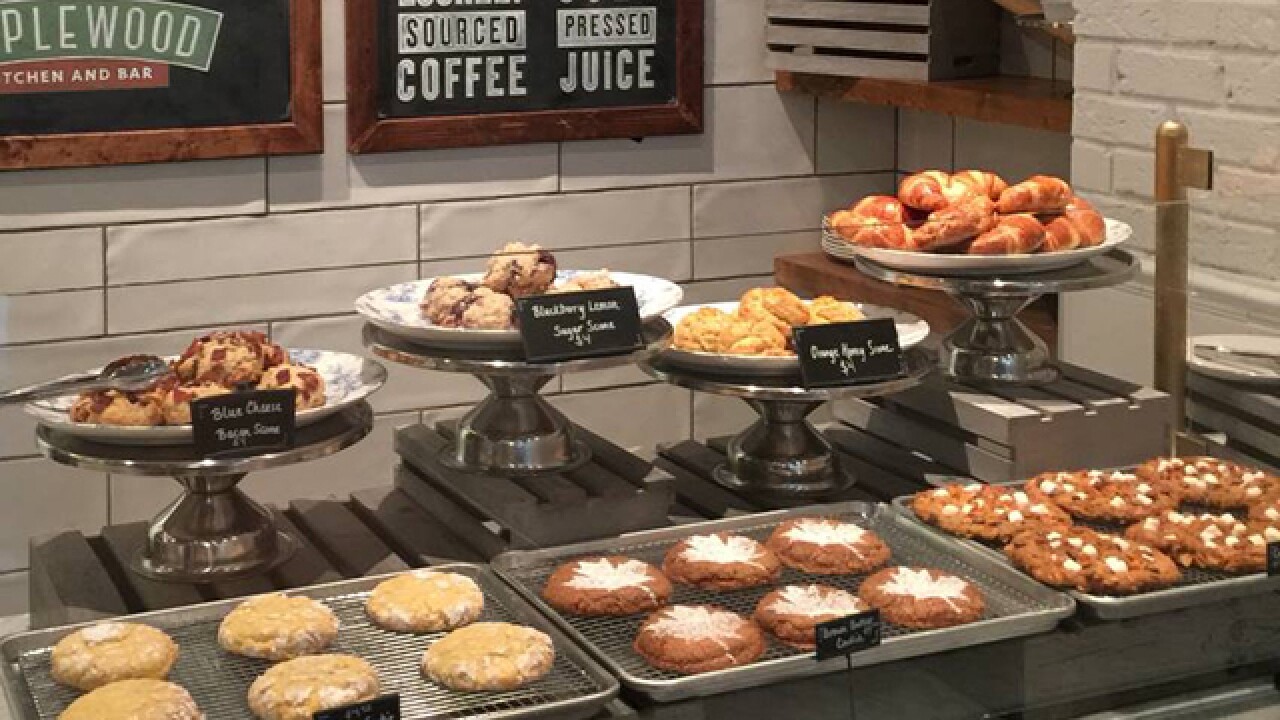 CINCINNATI — Maplewood Kitchen and Bar, a new restaurant venture from the Thunderdome Restaurant Group, opened Monday in Downtown’s 84.51º Building at 525 Race St., in between Mita’s and Americano Burger Bar.

Thunderdome Restaurant Group’s Joe Lanni, John Lanni and Alex Blust have nearly 30 restaurants under their belts, including fast-casual burrito chain Currito and Over-the-Rhine eateries Bakersfield, Krueger’s Tavern and the Eagle. Bill Coughlin joins them as a partner on this new concept.

“We’ll offer light, West Coast-style cuisine … that’s healthy, light and flavorful,” Desai said. Look for items like Avocado Benedict – a play on Eggs Benedict – sans the fat and cholesterol-laden hollandaise sauce. Instead, a lighter lemon and herb vinaigrette will sauce up this classic, along with asparagus and bread from Sixteen Bricks Artisan Bakehouse.

Spicy chicken tinga will liven up the menu with braised chicken, tostada, charred tomatillo salsa and fried egg. Then there are the quinoa cakes, served with sundried tomato and red pepper sauce and poached eggs.

“There are a lot of grains and ‘super foods’ on the menu,” Joe Lanni added, referring to nutritionally dense foods like quinoa.

Maplewood also will offer more traditional fare like omelets, eggs with a choice of bacon, sausage or goetta, and pancakes. Even with traditional fare, there will be twists that hint at the chef’s touch. The pancakes here are lemon ricotta, served with fresh berries, berry compote and locally produced syrup.

The chef has laid out the path to source ingredients from local farmers and producers. “We know where our food is coming from,” Desai said. “We’ve talked to Ohio Valley Food Connection, and working in the industry for so long, I have my farmer contacts, too.”

Maplewood balances fine dining and expediency with the “fine casual” approach. Customers will pick up menu boards on the way to the counter, then order and pay there. Full service kicks in when the servers bring out the orders. China, silverware and other high-end furnishings will add to the “fine” experience. The wait staff also will be equipped with portable tablets to take any additional orders and process payments right at the table.

In addition to the seating area, four key functional areas define the space: the order counter, self-service beverage station, coffee and espresso bar, and a full bar with 16 beers on tap. La Terza Artisan Coffee Roasterie will supply coffee for the restaurant and has even created a custom Maplewood blend.

Cold-pressed juices will headline the beverage program. Taking its cue from the West Coast, which is widely regarded as the juicing capital, cold-pressed juices at Maplewood go beyond rudimentary orange juice. Juices from fruits and vegetables such as beets, carrots, pineapple, ginger and green vegetables form different blends that purport to deliver specific health benefits such as detoxing or cleansing, and the promotion of healthier skin. If you prefer to drink the adult version of these juice blends, and still get the purported health benefits, that’s available, too.

Maplewood will serve breakfast and lunch to start, and dinner a month or so into opening. The restaurant initially will be open from 7 a.m. to 3 p.m. seven days a week. “We’re going to roll into dinner until 10 p.m.,” Coughlin said.