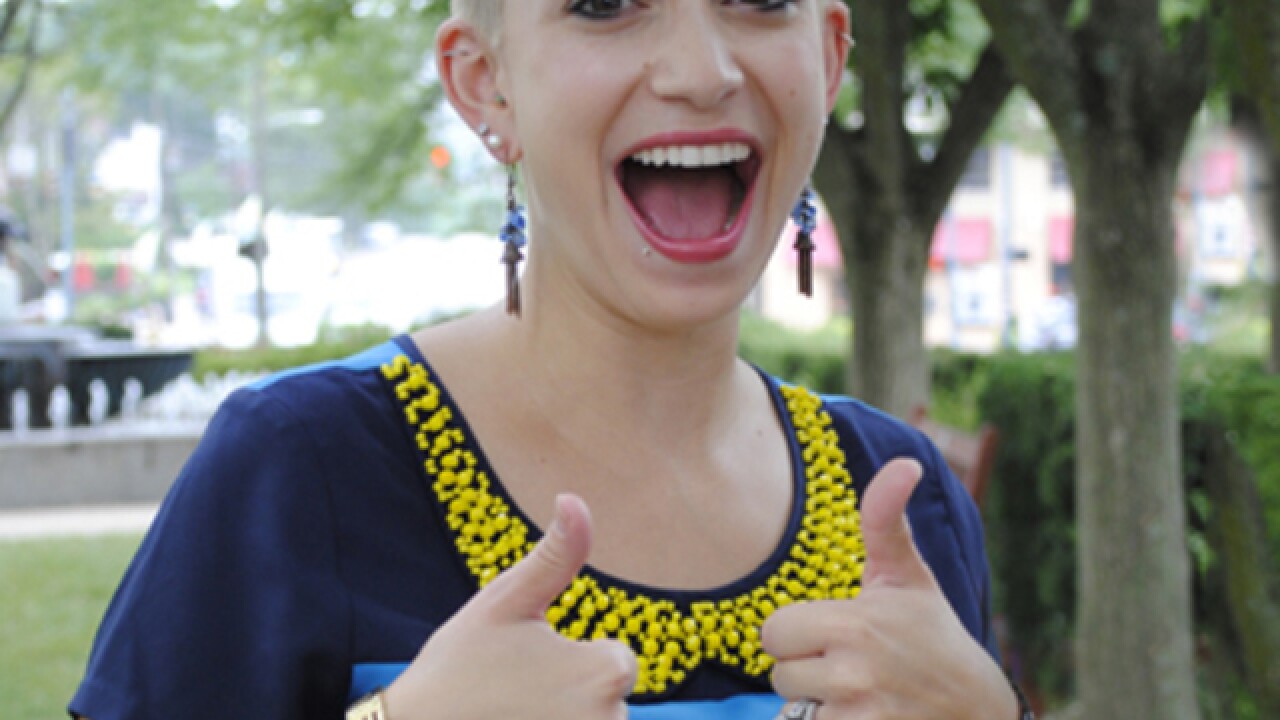 Provided
<p>Marie Krulewitch-Browne, the organizer of Ish Festival, hopes it presents an "out-of-the-box experience where people can get excited about and also feel connected to their cultural roots."</p>

CINCINNATI -- The creator and founder of Ish Festival, a celebration of Jewish and Israeli arts and culture coming in September to Washington Park, wants the event to help turn Cincinnati into a Jewish cultural hub for the Midwest.

Ish Festival, which is organized by Marie Krulewitch-Browne, a 28-year-old Covington resident who also manages the Art RX program at ArtWorks, will include all the typical trappings of a cultural festival: food vendors, music and dancing, and local, regional and national artists and craft vendors.

Krulewitch-Browne also hopes the festival, which happens just before Rosh Hashanah, will include some atypical elements, such as text studies with rabbis and other opportunities for people to educate themselves on Jewish and Israeli culture and history.

"It really couldn't be better timed," Krulewitch-Browne said. "I'm hoping this festival presents an out-of-the-box experience where people can get excited about and also feel connected to their cultural roots."

Cincinnati is home to one of the oldest American Jewish communities, including the first Jewish hospital and longest-running Jewish Federation. Around the Midwestern region, Cleveland, Columbus, Indianapolis, Louisville and Lexington all have sizable Jewish communities, too, and since none of these cities has a comparable Jewish festival, Krulewitch-Browne hopes Ish will bring people from these towns to Cincinnati.

"I'd love for, eventually, Cincinnati to be positioned as an epicenter of Jewish culture," Krulewitch-Browne said.

She is looking for vendors and artists for Ish and plans to represent the broad spectrum of Jewish and Israeli culture, including non-Jewish Israeli artists.

"American Jews come from all over the globe," Krulewitch-Browne said. "And even Israel, it's a vast cultural center for many. It's not just a Jewish country."

Engaging people in creative ways and settings was the priority for grantmakers distributing the first round of Jewish Innovation Fund grants from the Jewish Federation of Cincinnati, said Chief Development Officer Danielle Minson. The fund gave out $80,000, including a $20,000 grant for Ish.

The new program, created by a special circle of givers to support leading-edge initiatives that meet local human needs and strengthen Jewish communities, is a direct result of the innovative, entrepreneurial resurgence in Cincinnati over the last few years, Minson said.

"The creative spirit that has emerged in Cincinnati has been extraordinary," Minson said. "The Jewish community has contributed to that and will continue to benefit from it. We wanted to continue to be a part of it."

Two of the four projects -- Ish Festival and Six Points Collective, a Jewish nonprofit organization that creates organic, creative and spiritual experiences for young professionals in Cincinnati -- are led by individuals, Krulewitch-Browne and Lizzie Birckhead. The Jewish Federation, through the Innovation Fund, also is paying for coaching sessions for the women from UpStart, an entrepreneurial lab, as they plan and implement their projects.

The two other Jewish Innovation Fund projects are:

All of the projects are under way, and the Jewish Federation expects to take applications for the next round of Innovation Fund grants this spring.