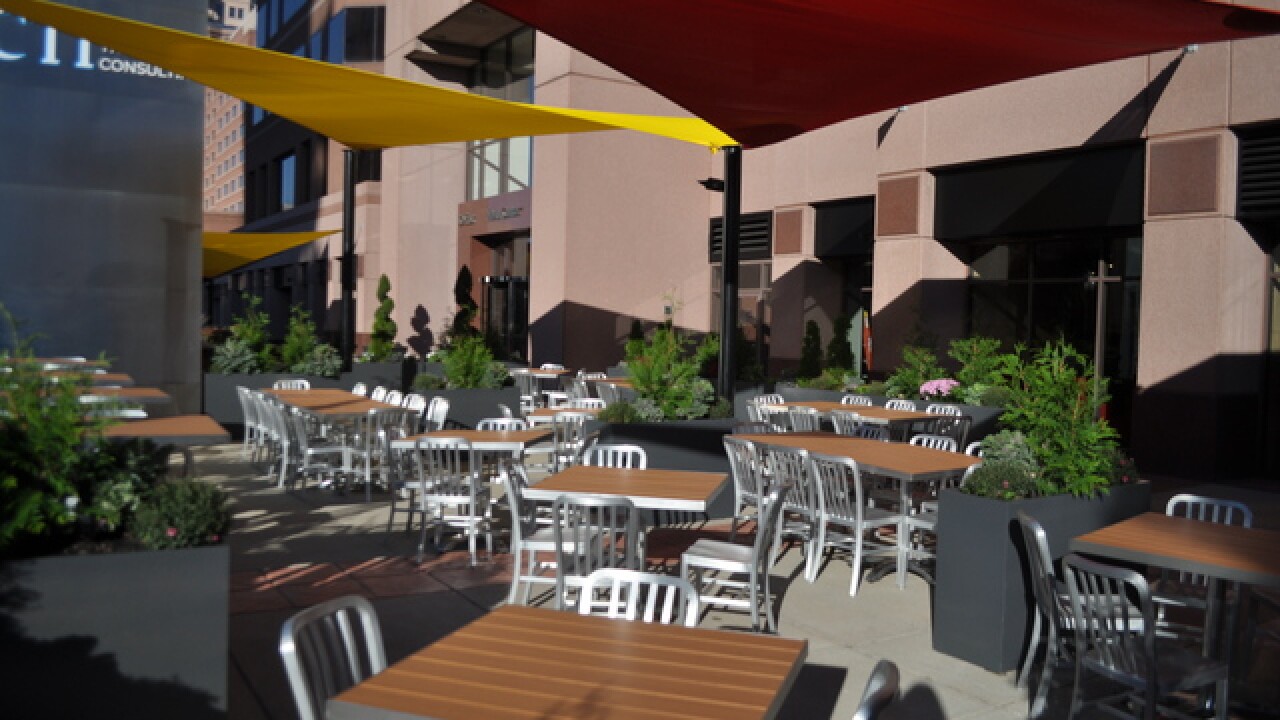 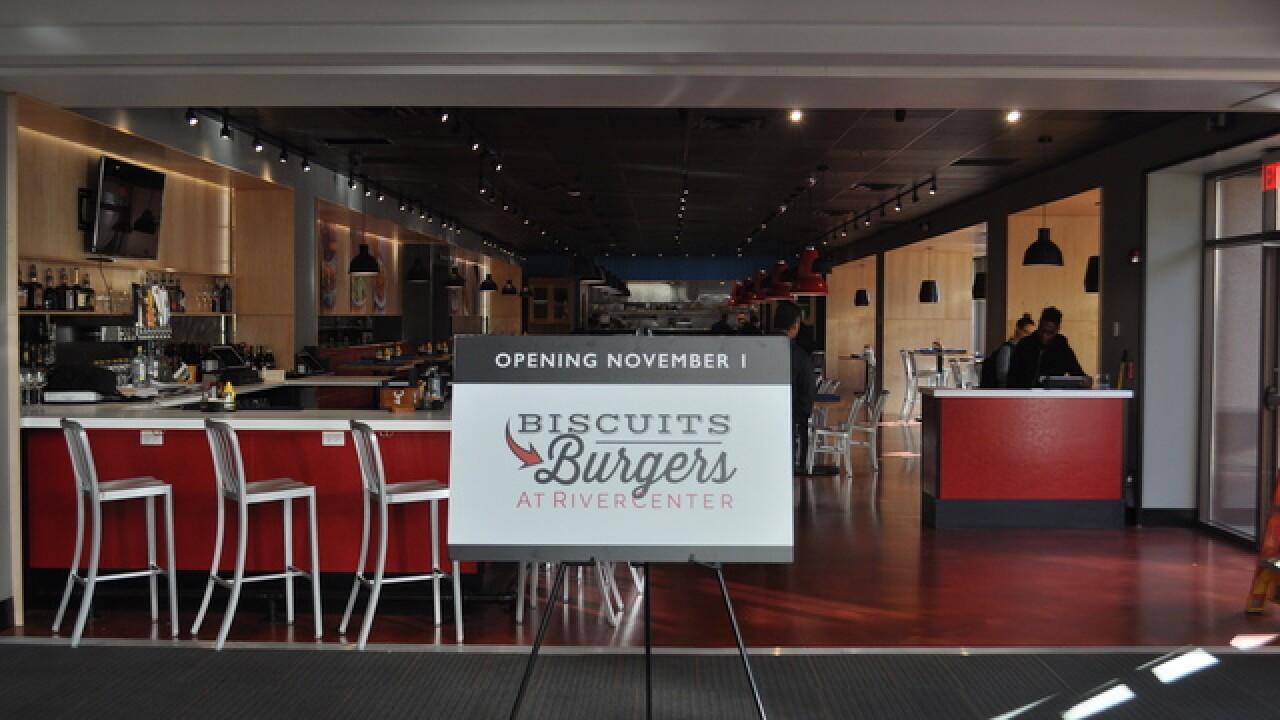 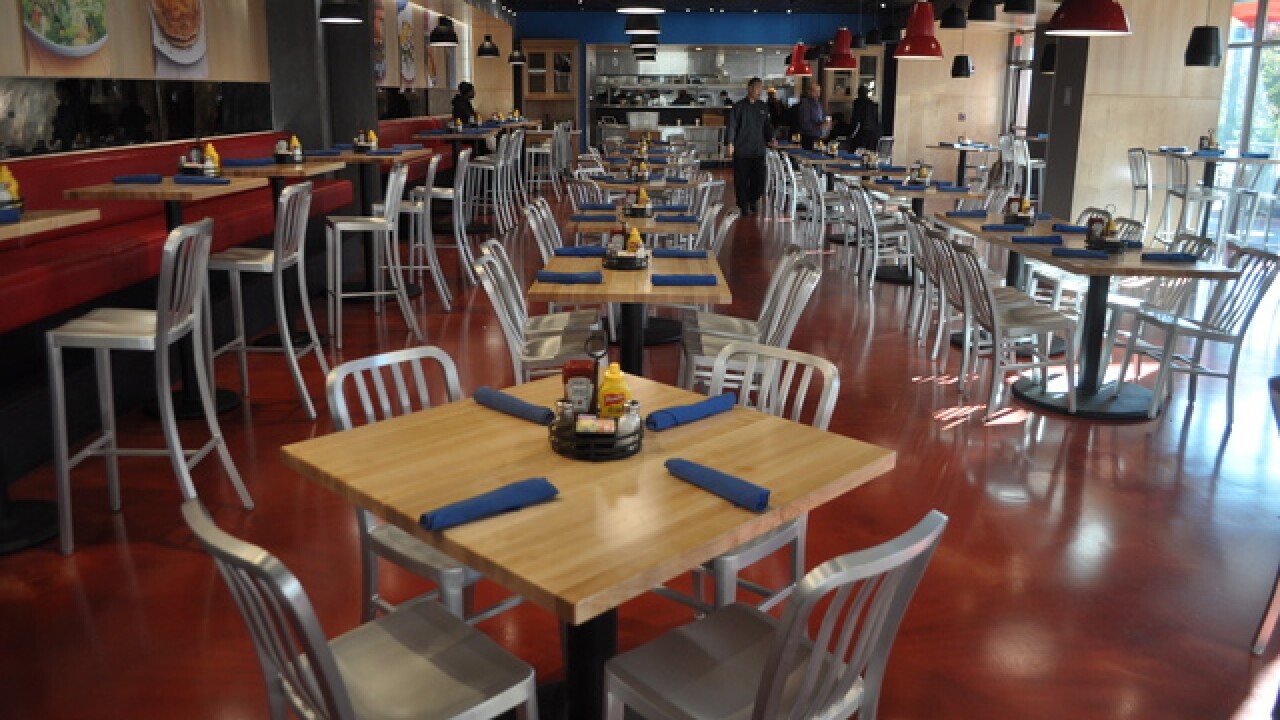 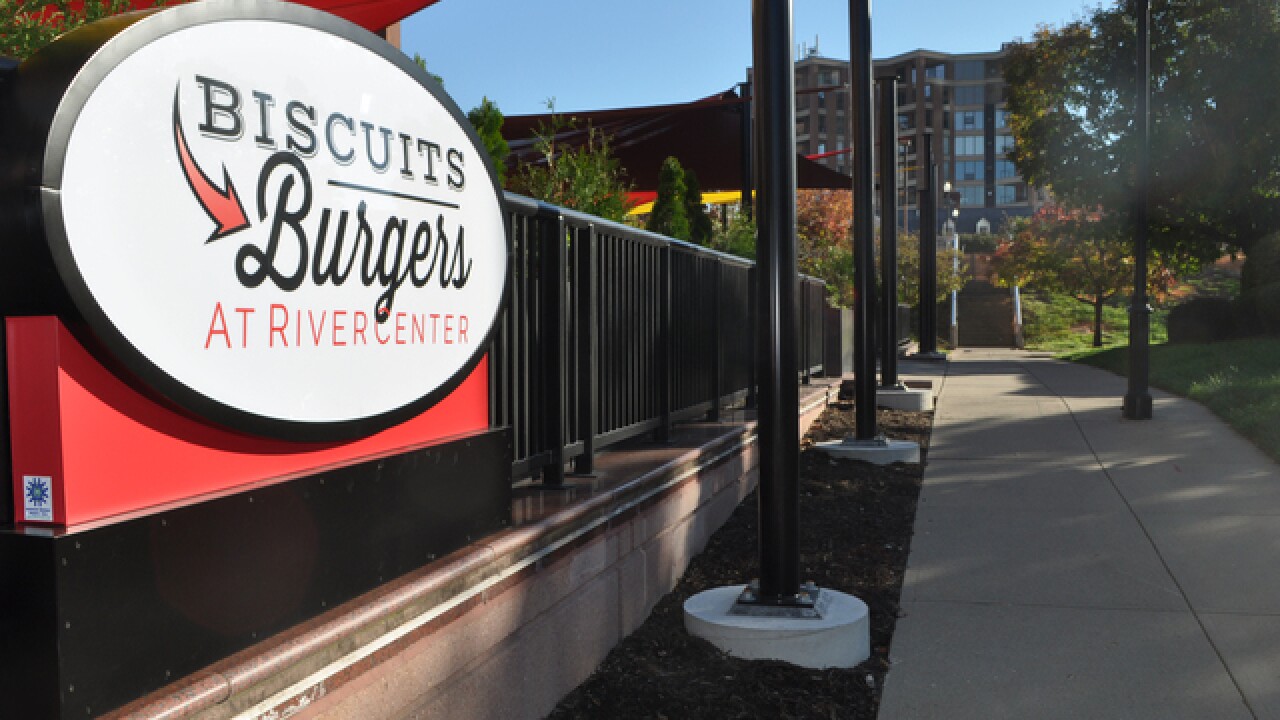 COVINGTON, Ky. -- A new restaurant concept opening in Covington will feature an all-day menu -- highlighted, in particular, by two items that seem to shine whether served together or alone.

Biscuits to Burgers, which debuts Wednesday, Nov. 1, inside The Towers of RiverCenter, is exactly as it sounds. Its breakfast menu leans heavily on the former, an early-morning favorite, but transitions to the heartier American classic for lunch and dinner -- with a touch of everything in between.

"There's nothing else like it," he added. "We put some new, modern, eclectic twists on traditional breakfast, lunch and dinner, and by doing that, we're being more responsive to what everybody is looking for -- something different."

Lunch and dinner are a mix of salads, sandwiches, chili and soups, highlighted by eight different house burgers, all weighing in at half a pound, cooked fresh on a flat-top grill. The Fried Green is topped with cheddar cheese, fried green tomato, grilled red onion and basil mayo, while the Aloha features grilled pineapple, provolone, a ginger-soy glaze, lettuce and tomato. Patrons can build their own burgers, too. Bun choices range from biscuit to brioche.

Milkshakes are all hand-spun and include indulgences such as Derby Pie, Monkey Bread and Glaze Donut.

A full bar offers a selection of bourbons and local craft beer favorites such as Bubbles by Rhinegeist, Storm by Braxton Brewing and MadTree's Happy Amber and PsycHOPathy.

There's seating for 150 inside. Outside, there's a patio that runs the length of the space and holds nearly as many patrons. Biscuits to Burgers will employ about 30-35 overall.

"Overall, we're trying to be something for everyone," Ritson said. "You've got to be a little different (to stand out in this market), but at the end of the day, it's going to boil down to what tastes best. We think the food is certainly up there."

Overall, Biscuits to Burgers is the third in a series of six eateries planned at RiverCenter, a twin-tower office complex surrounded by the Embassy Suites, the Northern Kentucky Convention Center and The Ascent luxury condos.

FIRE, a casual-upscale eatery that features American fare, opened in April in the old Behle Street Cafe space. Butler's Pantry, a fresh-food marketplace, located across from Biscuits, opened in August.

Ritson said the three remaining restaurants are in the planning stages. There's no official timeline for those projects, which would connect the span between Biscuits to Burgers and FIRE, but "ideally," Ritson said, "it would be nice to have everything running by spring or summer."

Biscuits to Burgers will open for business at 7 a.m. Wednesday. Hours will be 7 a.m.-10 p.m. Sunday-Thursday and 7 a.m.-midnight Friday and Saturday.