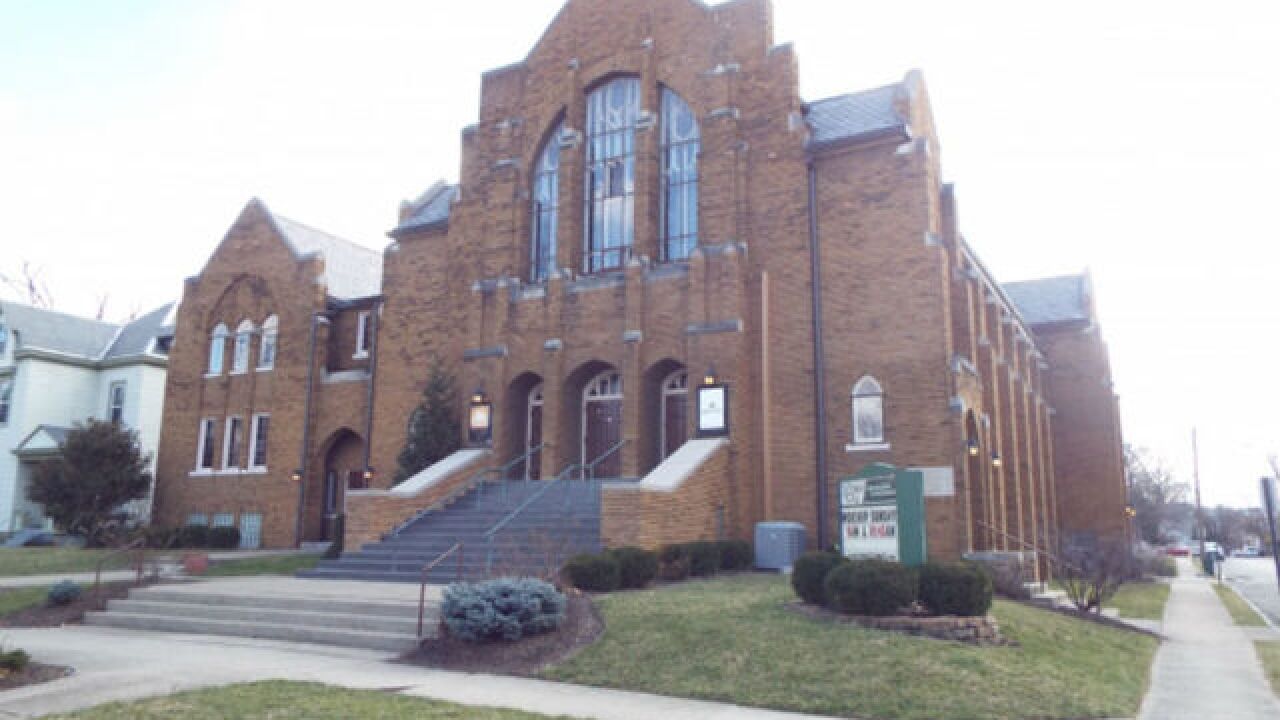 CINCINNATI -- The parable of Christ notwithstanding, apparently you can put new wine in an old wineskin.

Earlier this month, New City started holding two Sunday morning worship services instead of one. The church sanctuary comfortably seats about 325, lead pastor Josh Reitano said, and services were becoming crowded, with about 300 adults and 125 children in the building on Sundays.

New City started with 15 members, all of them former members of North Cincinnati Community Church in Mason who lived near Norwood. North Cincinnati was founded in 1994 when Walter Wood Jr. came from Atlanta to start a new church.

When North Cincinnati grew big enough to expand, the leadership there decided that rather than create a megachurch that would draw people from miles around, they would create neighborhood churches like New City. Other churches North Cincinnati has “planted” include Living Hope Presbyterian in Fairfield Township and Redeemer Church, a multi-ethnic church also in Mason.

New City initially met at John P. Parker School in Madisonville, until it outgrew that space after four years, assistant pastor Brian Ferry said. Church leaders weren’t exactly looking to buy a building, Ferry said, because they had seen how facilities costs had crippled other congregations.

But the sale price — $246,000 — sold them on the idea. The church used $200,000 in savings, Reitano said, and took out a $600,000 construction loan to renovate and repair the 22,000 building. The loan payments are comparable to what the church was paying to rent the school and other facilities, he said.

The former congregation had shrunk to a few dozen, Ferry said, and so it had deferred a lot of maintenance. New City replaced the boiler with a forced air furnace, added an air conditioning system, repaired the slate roof, updated the electrical system and put in handicapped-accessible bathrooms.

They left the stained glass windows and the pews in the sanctuary, but replaced a wall at the rear with glass, so that the foyer now serves as a de facto “crying room” for infants and their parents. They removed the pipes for the organ, which didn’t work anyway, and moved the organ console to the back of the sanctuary, where it now houses the sound mixing board. TV screens for projecting the words of songs were put up on either side of the altar and in the balcony, where a higher rail was also installed.

With its windows, columns and ornate woodwork, the sanctuary is a much more aesthetically pleasing meeting space than a school. Reitano jokes that the sermons are 20 percent more interesting here just for that reason.

Those sermons are based on the denomination’s understanding of the Bible as the word of God, inerrant in the original manuscripts, Reitano said. The denomination also takes at face value certain New Testament passages about not putting women in leadership positions, he said, so it only ordains men as pastors. It also has a traditional view of marriage, in contrast to the PCUSA, which in 2014 agreed to allow its pastors to perform same-sex marriages.

During worship, Reitano said, the church does some old-school activities such as reading church creeds, celebrating the Lord’s supper every week and confessing sins. But it mixes in newer things, such as a band, conversational preaching not done from the pulpit and drinking coffee in the sanctuary.

Some members say it’s far more liturgical than they’re used to, while others say it’s much more contemporary.

Having a permanent building in a traditional church setting has brought in members older than 40, something it lacked when it was meeting at the school, Reitano said. Most of the current members live within 5 miles of the church, and about one-third of them work at Cincinnati Children’s Hospital, Reitano said.

New City plans to continue its denomination’s tradition of church planting. This summer, the church will start a two-year residency program in which it will train a man as a church planter and then support him as he starts one, Reitano said.

There has been no shortage of applicants.

“We hear from our denomination that there are more folks out there interested in church planting than there are jobs to get them ready,” he added.

Ironically, the former owners were just as excited about creating new congregations. In a pamphlet created for Norwood Presbyterian’s 50th anniversary in 1937, a church history refers to two congregations the church started – one in Evanston in 1902 and one in Oakley in 1911.

The church in Oakley is now a private residence, Ferry said.