'The recession for our folks has really continued' 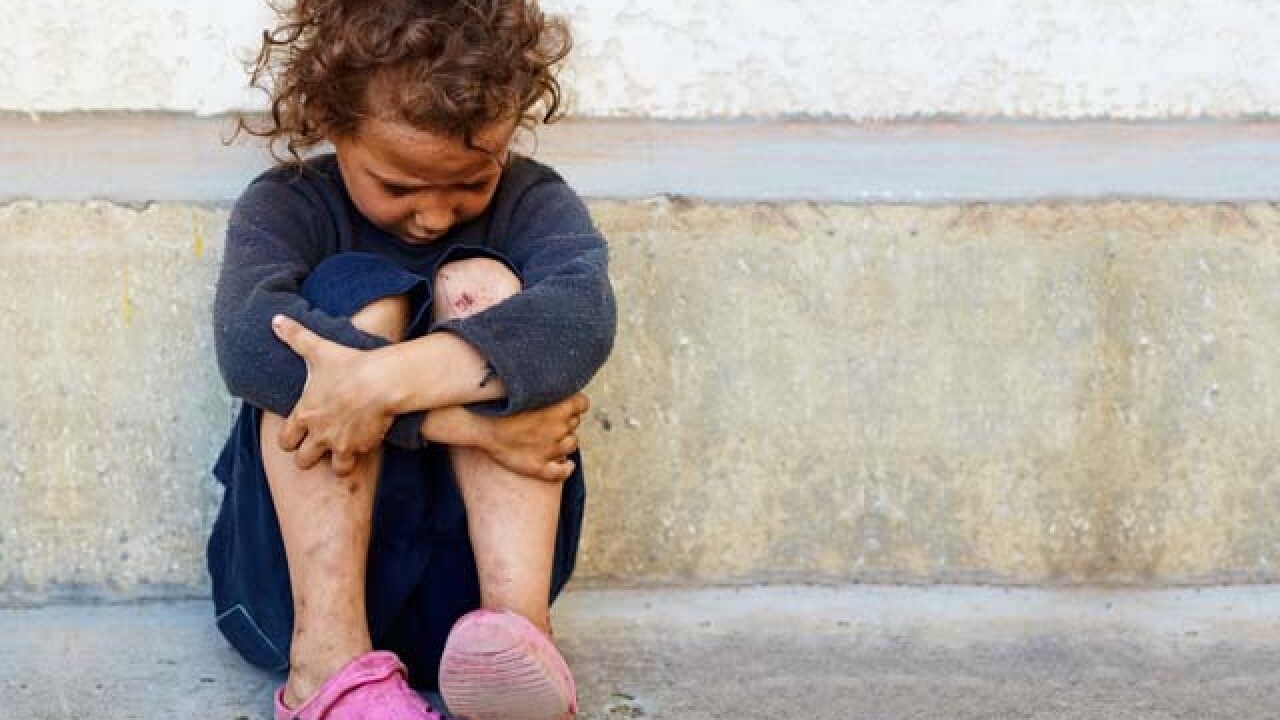 CINCINNATI -- Greater Cincinnati's childhood poverty rate has eased up slightly over the past year.

But the region still has a higher percentage of children living in poverty than it did just six years ago, according to new estimates released by the U.S. Census Bureau.

In the city of Cincinnati, nearly half of all children -- 45.1 percent -- live with families whose incomes are below the federal poverty threshold, according to five-year estimates released as part of the Census Bureau's American Community Survey.

For the Tri-State as a whole, nearly one in five kids lives below the federal poverty level. The federal government considers a family "poor" if the annual income is $24,300 or less for a household of four people.

But they are higher than comparable estimates released five years ago.

The new data didn't come as a surprise to Pastor Ennis Tait, overseer of the Church of the Living God in Avondale. Tait's congregation is filled with families who have been stuck in poverty for generations. Changing their lives won't be easy, he said.

"It's going to take courage to come up against the status quo and the spirit that has controlled our city for many years," said Tait, who also serves on the steering committee of the Child Poverty Collaborative that is working to reduce poverty in Cincinnati and Hamilton County. "If we really want to change the paradigm of the city, we will have to lay aside our ego and our classism and be able to see things from the poor man's perspective."

Tony Fairhead sees that perspective up close, too. Fairhead is executive director of Childhood Food Solutions, a nonprofit that sends sacks of food home with school children during long breaks so they don't go hungry without the meals that schools provide.

"Really, when you look at the areas we work in, the recession for our folks has really continued," he said.

The region also has other indicators that poverty hasn't loosened its grip on families here.

Cincinnati and Hamilton County have growing numbers of families experiencing homelessness, for example, pushing family homeless shelters and service providers to their limits.

Fairhead said his organization hasn't seen the need decrease in the years that Childhood Food Solutions has been providing children with free sacks of food for them and their families.

"We believe that if we do this well enough and if we fill the food gaps well enough, that something will change in the lives of these children and families," he said. "And we'll be able to actually say, 'look -- this is what happens when you really work at providing food.'"

The organization did see improvement in students' reading and math scores after getting the food on a regular basis, Fairhead said. But then the Ohio Department of Education changed its testing system two years in a row, and students' scores fell.

It's an example of how difficult it can be to measure success when it comes to fighting poverty.

The Census data can be tricky, too. Earlier this year, the Census Bureau released one-year estimates to help government agencies plan their budgets. But the five-year estimates are the most accurate for smaller geographic areas and allow for comparisons between larger cities and the smaller areas within them.

The Child Poverty Collaborative unveiled a series of strategies earlier this year that will be implemented to help move 10,000 children out of poverty within five years and help 5,000 unemployed or underemployed adults get jobs.

United Way of Greater Cincinnati committed to change the way it funds local nonprofit organizations as part of the strategy.

The Child Poverty Collaborative also announced an approach called "One to One," which will partner families living in poverty with a life coach who can work with them to help them reach their goals.

Tait said he expects 2017 to bring action on those recommendations and the other strategies that the collaborative recommended.

But the work won't be easy, he said.

"The challenge we face right now are the years of non-genuine efforts," he said. "It's like: 'We've heard this before. We've seen this before. Nothing ever came out of it.' People don't forget."

To convince people, some of the region's big businesses will need to show leadership by raising their employees' wages to ensure that their own workers can be self-sufficient, he said.

"We've yet to see a company step up and do that at this point in time," Tait said.

That will be the key, he argued, in changing the region's childhood poverty rate. Because there's no way to move thousands of children out of poverty without helping their families, too, he said.

Lucy May writes about the people, places and issues that define our region – to celebrate what makes the Tri-State great and also shine a spotlight on issues we need to address. Childhood poverty is an important focus for her and for WCPO. To read more stories about childhood poverty, go to www.wcpo.com/poverty.