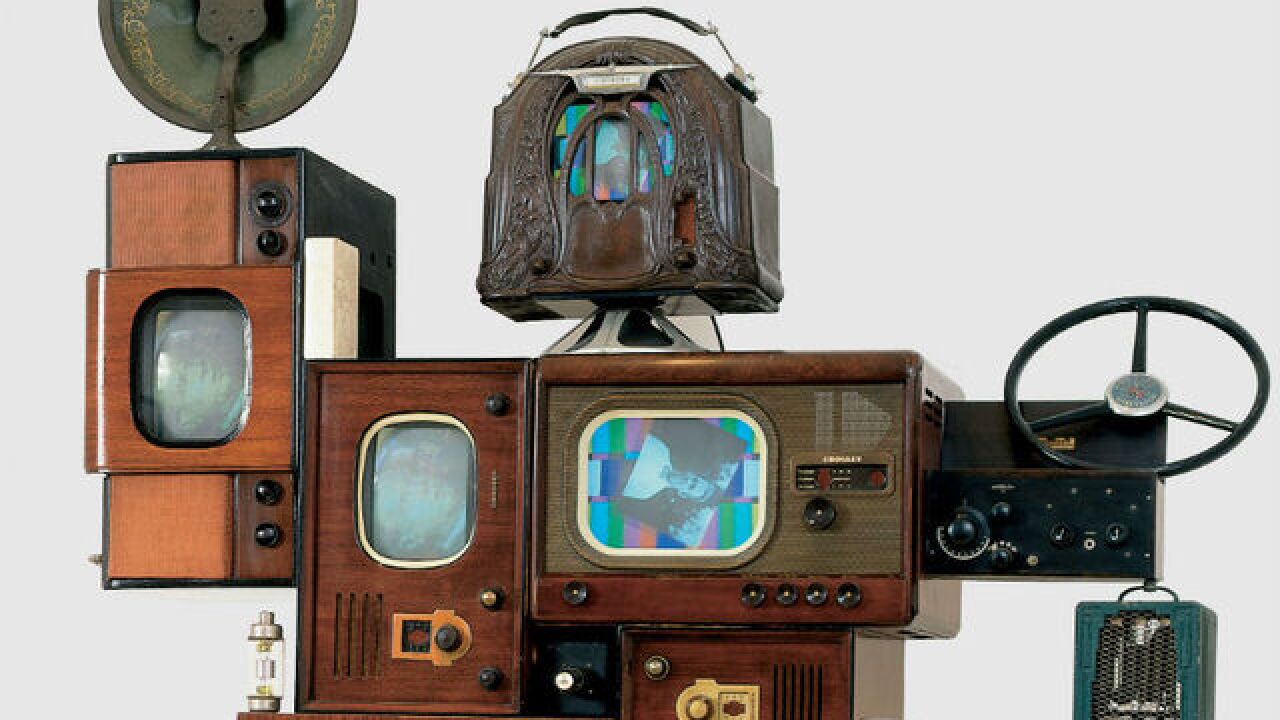 The Cincinnati Art Museum's newest exhibition, “Not in New York: Carl Solway and Cincinnati,” opens Saturday, examining the influence the art dealer has had on CAM’s permanent collection, as well as his prescience for the ever-shifting trends of the art market.

All of the work featured in “Not in New York” entered the museum’s collection via relationships Solway cultivated with groundbreaking artists over the span of more than half a century as a local gallerist and art dealer.

Instabilities in the art market can be the result of mere speculation as well as subjective value, so it is no surprise to find artists transitioning in and out of favor with collectors and dealers alike.

But, said CAM’s adjunct curator Matt Distel, as far as the work Solway has supported over the years, “There’s a fairly impressive batting average in here.”

A Contemporary Moment at CAM

This is the third such contemporary-focused exhibition at CAM in the past year, a noteworthy achievement as the museum hasn’t had a full-time contemporary art curator on staff for several years. In addition to “Not in New York,” “30 Americans,” a blockbuster show featuring the work of premier black contemporary American artists, is currently on view on the third floor, and an exhibition featuring the work of German photographer Jochen Lempert just closed this past month.

More than 30 artworks will be on view in four of the newer post-renovation galleries adjoining the Cincinnati Wing and the Rosenthal Education Center, and all but two of the pieces are in CAM’s permanent collection. The aforementioned exceptions are a mechanized "Rotorelief" by Marcel Duchamp, and an "Untitled" Hans Hofmann painting from 1942, but collector Alice Weston (another local champion of contemporary artists) has promised to bequeath both pieces to the museum.

Solway had an instinct for aligning himself with the right people at the right time. Hofmann in particular, an artist and longtime instructor at the Art Students League in New York City, represents a lynchpin from a previous generation of artists to those of Solway’s generation. Hofmann played an important role in the development of Abstract Expressionist painting, and his oil-on-board piece featured in “Not in New York” was made the same year that Lee Krasner introduced Hofmann to Jackson Pollock.

The exhibition title comes from the name of Solway’s Not in New York gallery, which was located on Fourth Street, Downtown, from 1972 to 1978 and in which he solely exhibited the work of Midwestern artists.

Although the same paradigm does not strictly apply to the works shown in the eponymous exhibition, there are a number of regional artists of international acclaim in the show, such as MacArthur Genius Grant recipients Aminah Robinson and Ann Hamilton, Jim Dine, Jay Bolotin and Julian Stanczak. It is a testimony to Solway’s commitment to artists in his own back yard while he simultaneously cultivated long-term relationships with such iconic world figures as Buckminster Fuller and John Cage.

Several pieces, such as Sam Gilliam’s drape-like "Arch," Helen Frankenthaler’s oversized painting "Rock Pond" and Nam June Paik’s TV robot "Powel Crosley Jr.," have been on view at CAM for so long it’s interesting to see them contextualized for this show so as to reconsider their provenance. Still other pieces, such as the artist collective TODT’s mixed-media sculpture "Plow," have never been on view to the public before.

The exhibition also includes pieces whose values have increased and/or fluctuated wildly based on the unpredictable vacillations of the market. One such example is Puerto Rican process artist Rafael Ferrer’s rawhide and wood sculpture "Umiak/Whale." Interest in the work of the 83-year-old has seen a resurgence in recent years. This exhibition marks the first time that this piece has been presented in CAM's galleries since it was last shown at Ferrer’s solo exhibition at the Contemporary Arts Center nearly 45 years ago.

Giving a tour to this reporter, exhibit co-curator Kristin Spangenberg, CAM's curator of prints, pointed out the first work she ever bought from Solway as a representative for the museum, a piece that is included in the current show. It is a lone lithograph from an edition by Willem de Kooning that Spangenberg said Solway knew about because they were being printed at the same workshop as plexigrams he and Alice Weston were publishing for John Cage.

“He knew about these editions when they were in process and brought them to Cincinnati so we were able to acquire them,” Spangenberg said. “Carl’s not a hard salesman, but he gives you opportunities.”