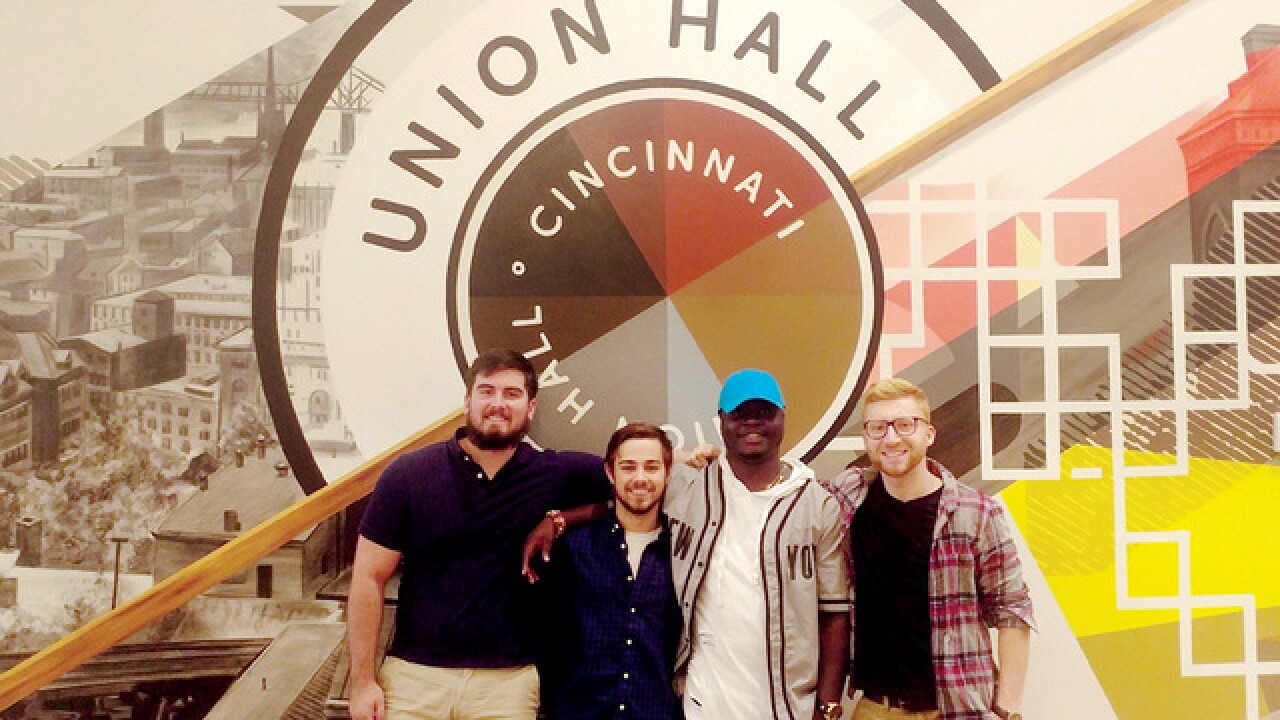 If websites like Kickstarter can use the power of crowdfunding to raise money for causes, why can’t the same thing be done to bring musical acts or events to a city?

That’s the concept behind Fanvester, a website created by four 20-something Cincinnatians tired of seeing their favorite acts pass them by.

It starts when a fan creates an event or lists an act on the site he or she would like to see. If other users like the idea, they can vote for it.

If the event gets enough votes, it becomes a campaign, and users can start pledging their money toward the event. Pledges become tickets if the event comes to pass or are refunded if it doesn’t.

At what point does a proposed event become a campaign? That’s determined by the Fanvester team, which uses variables such as the act’s Facebook likes, its Twitter following and whether the artist has just released an album, said co-founder Alex Yungvirt.

The website also tells what artists are currently being campaigned for, and how much more needs to be raised.

Has Fanvester enticed any acts to perform here?

Not yet. A three-week campaign in October to have Fetty Wap perform in November raised $40,000, Yungvirt said, but Wap was in a motorcycle crash and couldn’t perform. Fanvester had to refund the pledges.

By charging a nominal fee for a ticket. The amount will vary depending on the arena. An event at Northern Kentuky University’s BB&T Arena, for example, might involve a fee of $3 per ticket, Yungvirt said.

So far, only the Covington-based business accelerator UpTech, which invested $20,000, has backed the site. Fanvester spent August 2015 through March of this year in UpTech’s program.

As part of that program, Fanvester was assigned a mentor — Rodney Williams, chief executive of Cincinnati-based LISNR, which connects devices using sound. Fanvester is a great new booking concept for artists, Williams said, but it will require new types of contracts that will need to be worked on by those with ties to the music industry.

Fanvester faces two big obstacles by starting in Cincinnati, Williams said. First, the city has relatively few ties to the music industry. The other is Greater Cincinnati’s size. It would be easier to launch a crowdfunding site like Fanvester in a more populous area, he said.

Fanvestor is now a member of Cintrifuse, the Over-the-Rhine-based support organization for startups.

Who are the founders?

Yungvirt, 22, is studying at the University of Cincinnati to become a physician’s assistant. He also works part-time at an Apple store.

Ian Johnson, 22, was a high-school classmate of Yungvirt’s.

Kingsley Bonsu, 26, originally from Ghana, has experience in event promotions. He met Yungvirt when they were both promoting events at Bogart’s.

Tyler Getsay, 20, does the technical work for the website. He worked with Yungvirt on a previous venture, Trendimusic, which Yungvirt described as a stock market for up-and-coming musicians.

Getsay built the current version of Fanvester in January. The team put together a previous version in August (without his help) using a blogging platform and “duct tape and bubble gum,” Yungvirt said.

Successfully raising money for events and attracting more users to the site. Fanvestor now has about 1,500 users, Yungvirt said. That, he said, will allow the company to begin seeking more investors.

The company has also put on hold its most recent campaign, to bring Wiz Khalifa to Cincinnati, while it concludes talks for a new relationship that will move the company forward in the entertainment industry, Yungvirt said. He declined to provide details.

“It will test your patience,” Yungvirt said. “When you set a deadline for next week, it really means next month.”

“Things happen,” he added. “It will take the best leader to … just grind through and make it happen.”