The extraordinary lives of the Pendletons 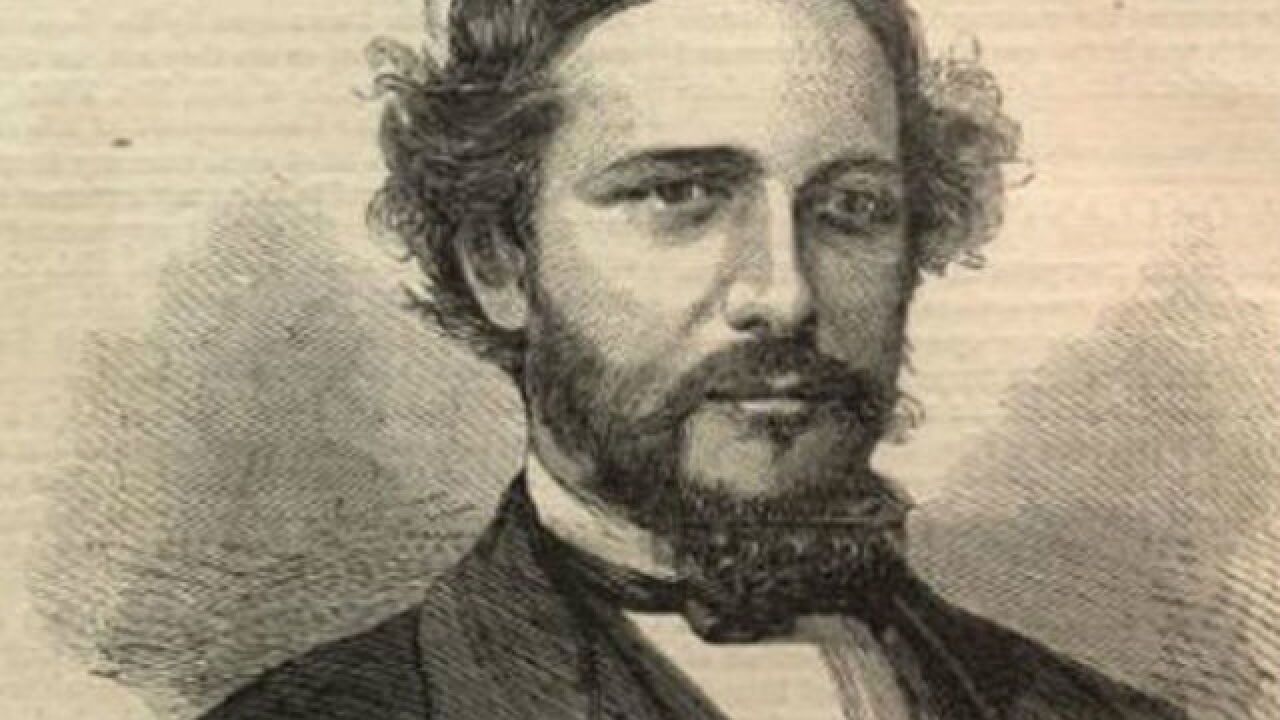 Copyright 2017 Scripps Media, Inc. All rights reserved. This material may not be published, broadcast, rewritten, or redistributed.
<p>Cincinnati lawyer George Hunt Pendleton was a politician and statesman for most of his adult life. A Cincinnati neighborhood is named for him and his father, Nathaniel G. Pendleton.</p>

CINCINNATI -- The story behind the name of Cincinnati's Over-the-Rhine neighborhood is well-known and often-told: German immigrants who flocked there in the mid-1800s likened the canal that separated them from downtown to the Rhine River of their homeland.

But what of Pendleton, that tiny, triangle-shaped neighborhood to Over-the-Rhine's east? Who the heck was Pendleton?

It turns out there were two Pendletons: a father, Nathaniel, and a son, George. Their achievements as lawyers and statesmen and their establishment of fine homes north of the city center left a lasting, positive impression that perpetuates in the name of the neighborhood they established.

Nathaniel Greene Pendleton descended from a line of Englishmen who immigrated to Virginia in the mid-1600s. His minuteman father, Nathaniel Pendleton, served in the Continental Army for more than eight years -- part of those as aide-de-camp to Gen. Nathanael Greene -- and was a "second," or overseer, for Alexander Hamilton in his fatal duel with Aaron Burr in 1804. The law career of Nathaniel Pendleton (1756-1821) included stints as a U.S. District Court judge and attorney general of Georgia.

Nathaniel G. Pendleton was born in Savannah, Georgia, in 1793 but he grew up in New York. He fought in the War of 1812 and rose to the rank of general. He graduated from Columbia College in New York in 1813 and five years later moved to Cincinnati, where he became a prominent lawyer, city attorney, city councilman, state senator (1825-29) and a United States congressman (1841-43). His wife, Jane Frances Pendleton, was the daughter of Cincinnati pioneer merchant Jesse Hunt.

Nathaniel’s colleagues included fellow Whig party member William Henry Harrison, who delivered a presidential campaign speech on Nathaniel's estate at Hunt Street (now Reading Road) and Broadway that was known as Pendleton's Woods. Nathaniel did not seek re-election to Congress after his one term. He retired to Cincinnati, where he died in 1861 at age 67. Nathaniel G. Pendleton is buried along with 14 other Pendletons in Section 36, Lot 40 at Spring Grove Cemetery.

The 1803 brick house in which Nathaniel and his family lived at Broadway and Hunt was purchased by St. Paul's Parish in 1848, torn down, reassembled at what’s now 444 Reading Road and expanded to serve as the church rectory. The building houses offices of the Verdin Bell Co.

One of the Spring Grove Pendletons is the fourth of Nathaniel's seven children, George Hunt Pendleton (1825-89), whose prominence and political service far outreached his father's.

Known as "Gentleman George" for his good looks, impeccable dress and classy demeanor, his up-and-down life included 40 years of marriage to the daughter of Francis Scott Key, who wrote "The Star Spangled Banner," an unsuccessful run at the White House on the 1864 Democratic ticket with presidential candidate George McClellan, and the 1886 death of his wife in a runaway-horse accident in Central Park.

George attended Woodward High School, graduated from Cincinnati College and studied at the University of Heidelberg, Germany, before being admitted to the bar. At age 28, he won a seat in the Ohio Senate (1853-57) and served eight years in the U.S. House of Representatives. George had the distinction of losing two elections at one time as Abraham Lincoln crushed McClellan in the presidential election and Benjamin Eggleston stole George’s seat in Congress.

George, who had three children with Alice Key Pendleton, was known as a "Peace Democrat." He supported the Union but opposed the Civil War and the sudden abolition of slavery. After the war, he opposed the reconstruction of the South.

George narrowly lost the Democratic Party's nomination for president in 1868. His loss to Rutherford B. Hayes in the 1869 Ohio gubernatorial election and his less-than-popular beliefs -- which included paying off federal debt with greenbacks instead of gold and silver -- forced George out of politics, and he became president of his brother-in-law's Kentucky Central Railroad for the next nine years.

In 1870, George, with an estate valued at $1 million, had a Second French Empire home built for his family on a hillside above where his father's house had been. The house at 559 Liberty Hill, which is now divided into several residences, was placed on the National Register of Historic Places in 1966.

Unfettered by his losses, George relaunched his political career in 1879 when the Ohio Legislature appointed him to the U.S. Senate. It was during this term that he made a lasting mark on the nation. His family's long-held affinity for the common man and fair play manifested itself in the Pendleton Civil Service Act, which George ushered into law in 1883. The act required civil service candidates to pass an exam and ended the "spoils" system of basing appointments on friendship or political alliance.

George likely used all his negotiating skills to get the Pendleton Act passed. Cincinnati historian Charles F. Goss in 1912 described George as being "a man of genial countenance, well-bred manners, cultured intelligence, a capable leader and adjuster of human affairs."

Charles Greve, the author of the 1904 book "Centennial History of Cincinnati and Representative Citizens," wrote that George was "popular among opponents... he was one of the ideal statesmen of the school that is passing away."

"His private character," according to S.B. Nelson & Co.'s 1894 book "History of Cincinnati and Hamilton County," "was unspotted as untrodden snow."

George Pendleton's physical and mental health, however, could not recover from the tragic death of his wife. Following his senate term, George was appointed the U.S. minister of Germany by President Grover Cleveland. George and Alice moved to Germany in 1885 but a year later, their pregnant daughter-in-law became ill in New York. She and the baby died, and Alice sailed to New York to console her son, Frank.

On May 20, 1886, Alice and her daughter Jane were riding through Central Park in a Victoria carriage when their driver lost control of his spooked horse and was thrown from his seat. Alice, who was an experienced horsewoman, reportedly sensed great danger. She and Jane leaped to the ground. Alice struck her head on the gravel road and died almost immediately. Jane survived and lived to be 90.

George was "stunned and oppressed," according to Nelson's book, but he carried on with his ambassador duties in Germany. He suffered a stroke and slight paralysis in April 1888 and never fully recovered.

"He longed for his native land, and prayed that he might die in the city of his birth," Nelson wrote. "On his homeward way he stopped in Brussels, and there his life closed."