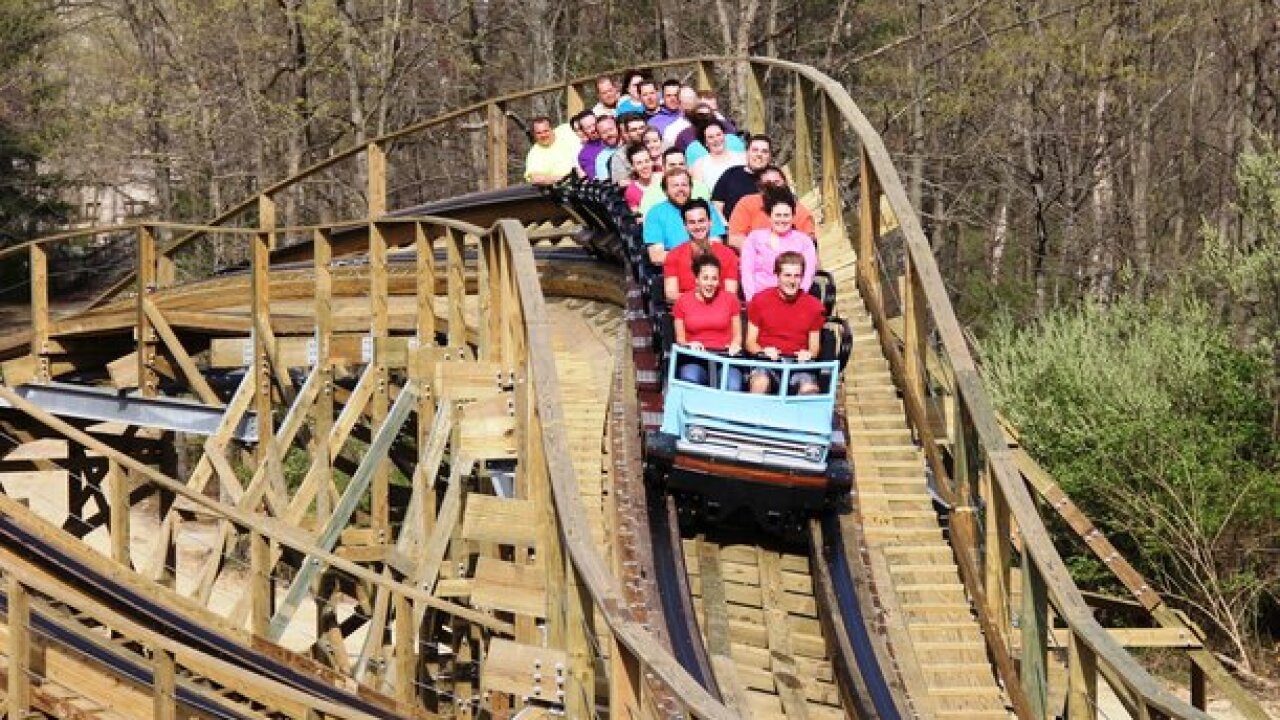 CINCINNATI - Would you be shocked to learn the roller coaster business is up and down?

Cedar Fair LP, which owns Kings Island, partly blamed a decline in season pass sales at the Warren County amusement park for its 3.2 percent revenue dip to $380.3 million in its second quarter.

The company warned investors it might miss its full-year financial targets.The company didn’t break out results for the park, and Kings Island officials declined to comment.

Cedar Fair officials told Wall Street analysts last week that Kings Island was coming off a record year in which the Mystic Timbers roller coaster debuted and WinterFest returned after a 12-year absence.

“They experienced some extreme cold as they got out of the blocks in the April, early May timeframe,” said CEO Richard Zimmerman. “So, what we've seen there as we've seen in other parks is that when attendance is a little lower in the spring, we sell the same percentage of season pass sales, but as a percent of attendance, but – that trend's down.”

Despite the slow start, Chief Financial Officer Brian Witherow said Kings Island is still on pace for its second-best year ever for season pass sales.

“It's a little bit of a tough pill to swallow the softness we've seen in 2018, but quite frankly the performance, if we just gauge it versus the last five or six years, it's still a very good year for that park,” he said.

More than 12 million visitors found their way to Kings Island, Miami Valley Gaming, Caesar Creek State Park and other Warren County destinations in 2017. At 3.5 percent, it was the biggest one-year attendance gain since 2014, when the casino and the Banshee roller coaster opened in the same year. The county enjoyed a $1.24 billion impact from tourism, up 6.5 percent from 2015, the last time an impact statement was released by the bureau.

Fessler was surprised by the news of a revenue dip at Kings Island because the bureau is still getting lots of calls about ticket packages for the park. She couldn’t provide numbers but thinks they’re trending upward.

“We’ve actually probably sold more packages this year,” Fessler said. “We’ve had way more calls … than any of us can recall.”

Mystic Timbers is a 3,265-foot wooden roller coaster that welcomed its 2-millionth rider in July and was voted “Best New Ride” in 2017 by Amusement Today. Fessler said it still has plenty of drawing power, based on social media sharing by coaster enthusiasts, which the bureau monitors.

“People are big fans of that ride,” she said. “They’re still chatting about it, even a year after it launched.”