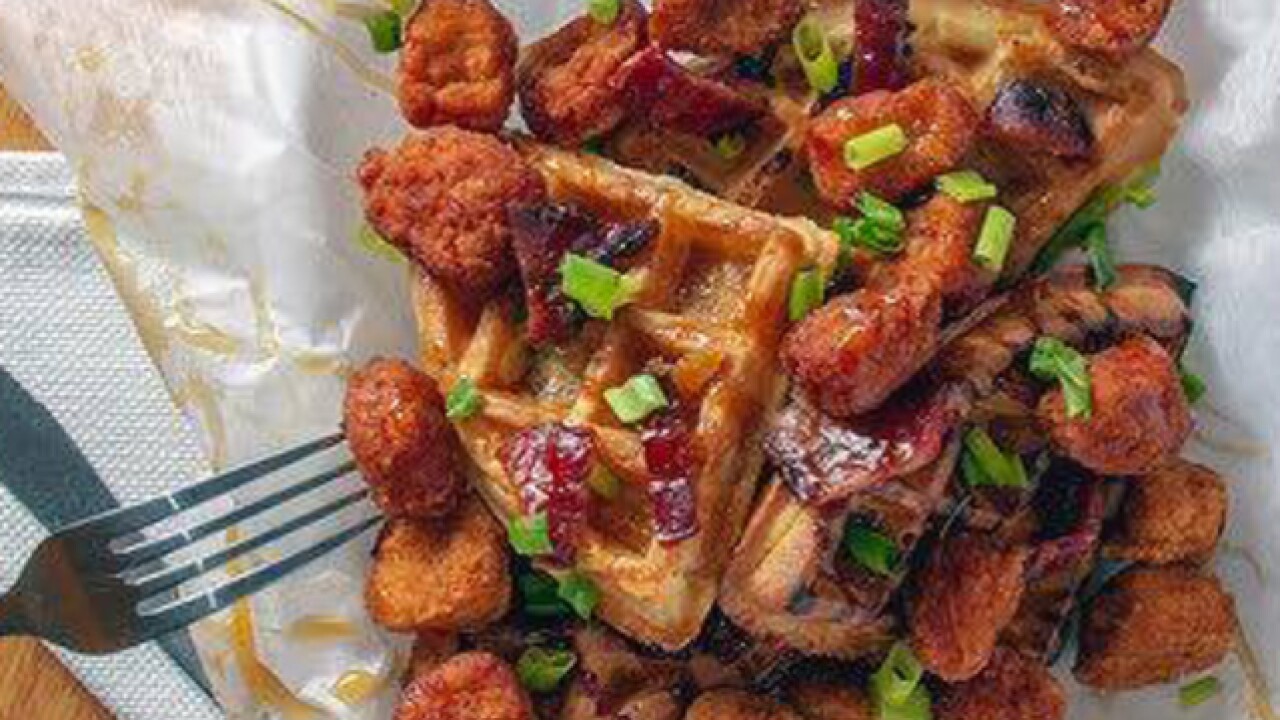 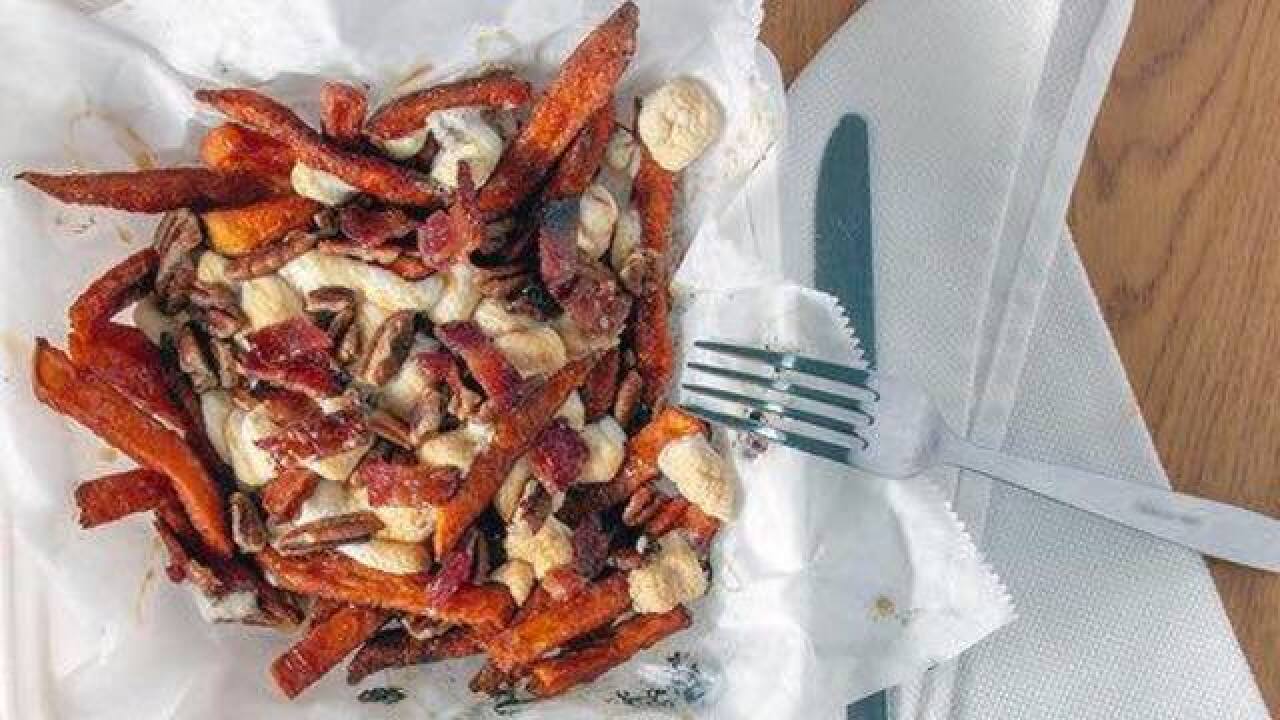 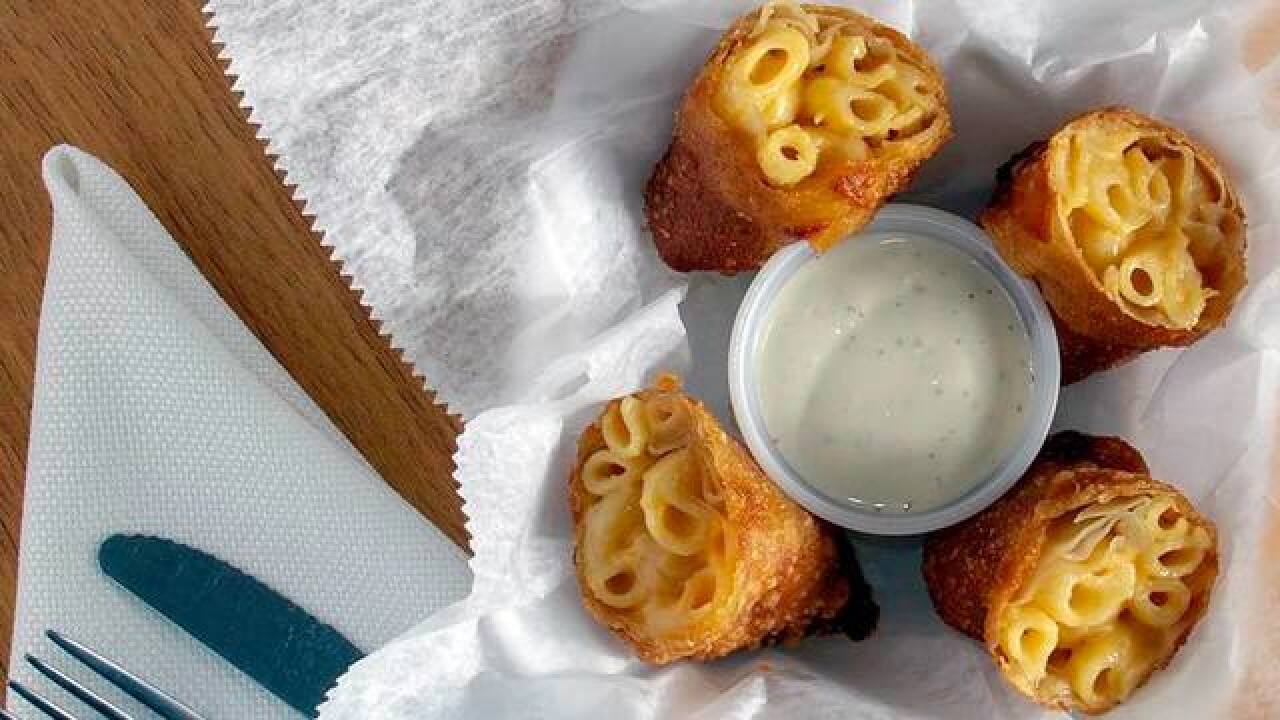 Munchies "R" Us, which opened in August, is serving its bar food-inspired menu from 4 p.m. to midnight on Thursdays and until 3 a.m. Fridays and Saturdays.

Owners and husband-and-wife Roger and Hayley Moore said there's nothing else like it in the Tri-State, so we sat down with the couple to find out more.

Here are four things you need to know before giving these new eats a go:

That means Munchies has no physical storefront, per se. The Moores essentially sub-lease the kitchen at Divine Appetite Cafe at 8982 Cincinnati Columbus Road. Food is available for delivery and carryout only.

Roger Moore first came across the idea while driving for DoorDash, a restaurant meal delivery service, as a side gig. He was intrigued, he said. He just needed a space.

"For about a month, month and a half, I would stop in with my orders and talk to owners, or to bars that didn't have kitchens," he said. "They were kind of open to it but didn’t know how the concept would work. It's new around here; nobody's ever heard of it."

Enter Charlotte Akoto, or Chef Charlotte, who dishes out traditional African cuisine at Divine Appetite. Roger Moore said she loved the plan and agreed to share her space. Technically, per health department code, Munchies is a second menu of Divine, but Roger and Hayley Moore pay rent to whip up their late-night bites onsite.

Munchies debuted Aug. 30, and in the weeks since, the Moores said, the response has been "tremendous."

"It's absolutely amazing," Roger Moore said. "This is the one area in Cincinnati that doesn't really have anything to eat after 11 or 12 o'clock (at night). We felt there was a great opportunity here."

2. The menu features only the finest late-night snacks.

Among the most popular Munchies so far: the mac n' cheese egg rolls, served with a side of house-made bacon ranch sauce; the Southern-style egg rolls, stuffed with mashed potatoes, cheese, pulled pork and corn, served with a gravy dipping sauce; the loaded sweet potato fries, tossed in cinnamon and sugar and topped with candied bacon, pecans and bruleed marshmallows; and the meatloaf sliders, topped with fried onions and redskin mashed potatoes.

"It's bar food -- with a twist," Roger Moore. "These are things everyone is familiar with but made (for) easy (eating). You can't beat mac and cheese and pulled pork. And for meatloaf, why not make it a slider? If it's 2:30 in the morning, you're not going to sit down with a knife and a fork."

Everything is made from scratch, he said. The ketchup sauce is Hayley Moore's own recipe. The mashed potatoes are made fresh every day. And no eggroll is rolled until an order is placed.

The menu is uploaded on Facebook, and there are plans to shake things up from time to time -- that's another beauty of running a digital restaurant: no printing costs. Munchies plans to roll out seasonal selections -- like a pumpkin pie egg roll and apple pie egg roll -- this fall.

The Moores first met as teens, and that's when their obsession with cooking and food first began.

In his past life, Roger Moore, 23, worked in commercial HVAC, and Hayley Moore, 22, was a dental hygienist. But the couple always wanted to open a restaurant.

More recently, they've been cooking Sunday meals for the family -- homemade pastas, pizzas and more. It's where they try out all their crazy ideas, Roger Moore said. Munchies is an extension of that.

"It's become a tradition, and the family always has rave reviews," he said. "They all love it, so we figured why not have Sunday every day? If I can make my family this happy with everything we make, why not make everybody happy? It's a great feeling. Even when we're stressed and slammed, it's still been so much fun."

4. Munchies is small, but only to start.

Munchies "R" Us may be a small operation for now, but the couple has big goals.

Roger Moore said he would love to expand. Munchies currently delivers largely within a 25-minute radius of its West Chester locale -- to Mason, Sharonville and Fairfield, but also as far as Hamilton, Maineville and more -- but the concept could fit in either Norwood or Downtown as well.

"This is just the beginning," he said. "Nobody in Cincinnati operates like us."

The Moores would love to see their egg rolls frozen and packaged for sale at grocery stores like Walmart and Kroger. And that's not all.

"In the next year or so, we're really hoping to own a sit-in restaurant," Hayley Moore said.

Or, her husband said, maybe even two or three.

"That's what we really want to do," she added, "as soon as possible."

Customers can place an order by calling Munchies directly at 513-857-3210 or order through DoorDash and UberEats.