Most Bernie Sanders supporters will come around and vote for Hillary Clinton, Democrats say 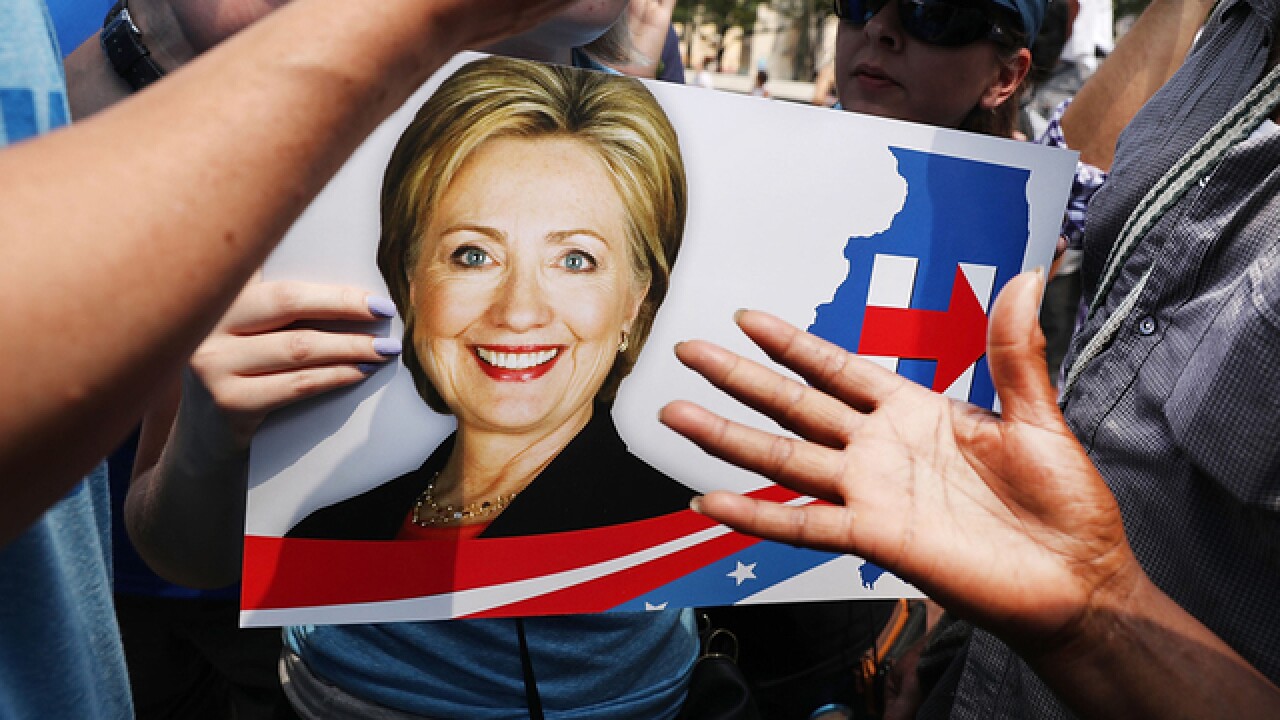 PHILADELPHIA – The week kicked off with unexpected shouting and protests.

Some Democrats struggled to get a word in without igniting chants throughout the arena. And when anyone dared utter Hillary Clinton’s name, boos sometimes filled the room .

It’s a scene that seemed more fitting at the Republican National Convention last week in Cleveland. Instead, it’s what played out at the Democratic National Convention early in the week as party members from across the country gathered in Philadelphia.

Even Sen. Bernie Sanders was subjected to the outrage from his own supporters, who were upset that Clinton earned the party’s nomination over him.

“When Bernie addressed his delegates (Monday) and some of them started booing him, that kind of broke my heart,” said Nick Froelich, a 19-year-old Sanders delegate from Lebanon. “His delegates, the people who are supposed to have his back the most, are just screaming at him, shouting, chanting against him – not listening to him. I was embarrassed that day, and I’m not afraid to say that.”

Still, Democrats insist they are leaving Philadelphia as a united party, rallied around Clinton and healed by passionate speeches delivered from the party’s biggest leaders, including President Barack Obama and First Lady Michelle Obama.

Others, however, suggest uncomfortable moments that played at both the RNC and DNC during the last two weeks illustrate problematic chasms for the country’s two major parties.

“We both continue to have these divisions in the party,” said Hamilton County Republican Party Chairman Alex Triantafilou. “People are more informed now than ever before. There’s so much information out there and so many opinions that are harder to pigeonhole into a party automatically.”

Some evidence suggests that Democrats might leave their convention with the upper hand. Clinton’s major primary opponent, Sanders, spent much of the week pleading with his own supporters to pivot their enthusiasm toward Clinton. He even moved for all votes to be counted for Clinton during a roll call vote at the convention Tuesday.

“You look for those signals from the leaders and the people that have been in the trenches all this time,” Driehaus said. “When you don’t have that, how do you acquiesce around the candidate? There maybe a fraction (of Sanders supporters) still that are dug in but I do not think that will be the vast majority.”

Green Party presidential candidate Jill Stein made rounds through Philadelphia this week , shaking hands with Sanders supporters. When some of his delegates – roughly 200 of them – walked out following Clinton’s formal nomination, a few shouted their support for Stein.

Well, sort of. About 200 or so Bernie fans chanting "Walk Out!" #DemsInPhilly #DemConvention @WCPO pic.twitter.com/1gJs1qR53a

A portion of those delegates might not identify with the Democratic Party while others are making their first venture into party politics, said Lee Hannah, a Wright State University political science professor. They might not feel the party loyalty that some longtime Democrats harbor.

“What you saw is so many insiders didn’t to team up against Clinton,” Hannah said of the party. “So some of the people who ended up being delegates are from the left-wing, anti-war, protest movement. That exacerbates this a bit. Your average person who voted for Sanders is going to have an easier time coming back to Clinton.”

Also igniting more outrage from Sanders supporters was the leak of thousands of emails sent by Democratic National Committee officials. The emails suggested DNC staffers favored Clinton to win the party's nomination and led some voters to label the nomination process as rigged. Hannah said if more leaks or negative details from the emails are forthcoming, it could divide the party further.

Froelich, who was still wearing a Sanders button on his lanyard Wednesday morning just hours before Clinton was set to formally accept the party’s nomination, said he believes many of his fellow Sanders fans will come around to support the nominee before Election Day.

He and other Sanders supporters were satisfied that their movement influenced the party’s official platform, which delegates approved Monday. The $15 minimum wage and expansion of government assistance for college tuition – all things Sanders advocated for on the campaign trail – were included, for example.

He believes younger voters, especially, will be inspired if Sanders hits the campaign trail for Clinton and stumps for her on college campuses across the U.S.

“Lots of different supporters are taking different paths,” Froelich said of Sanders’ voters. “We still have a lot of campaigning to do. I think all it takes is one more ridiculous thing that Donald Trump says that will move some people.”