More than just a race, 5K will show off Bond Hill progress, promise and tie into day of celebration 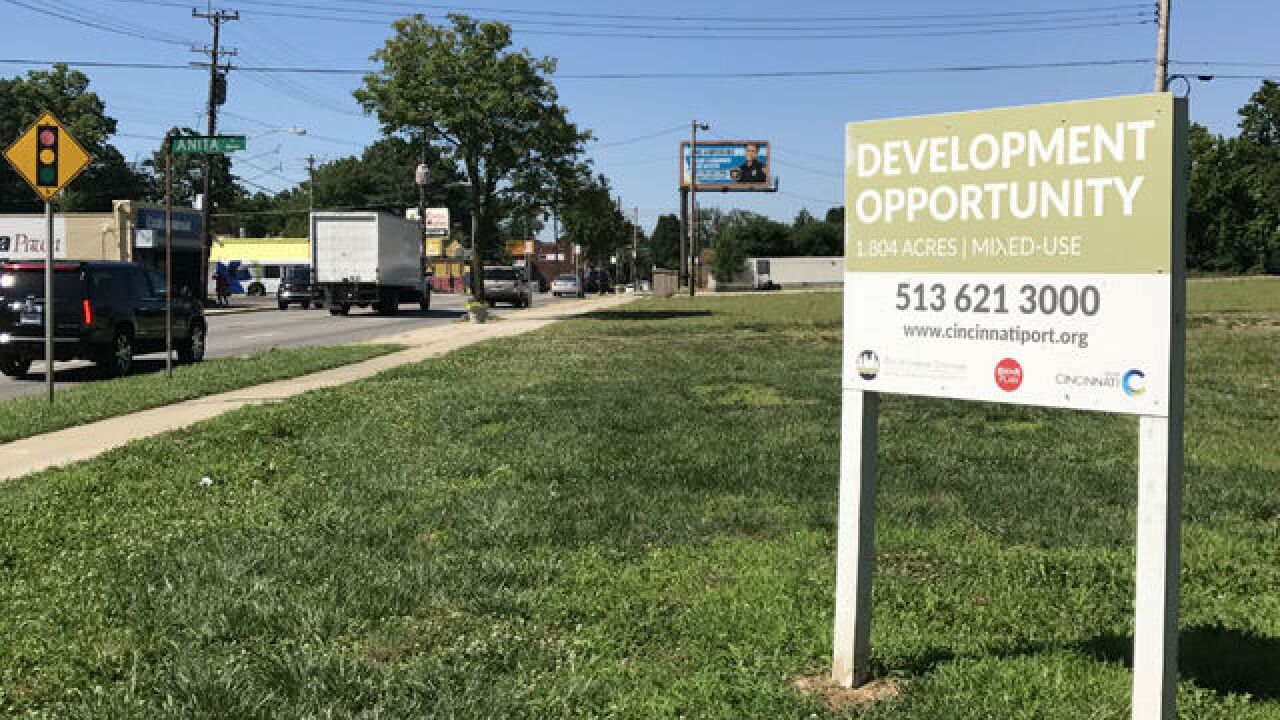 Copyright 2017 Scripps Media, Inc. All rights reserved. This material may not be published, broadcast, rewritten, or redistributed.
<p>More than just a race, 5K will show off Bond Hill progress, promise and tie into day of celebration.</p>

CINCINNATI – The Tri-State plays host to hundreds of 5Ks each year, but runners who take part in an upcoming 3.1-mile run in Bond Hill could be part of something truly transformative.

The inaugural Placemaker Pacer, scheduled for Saturday, Aug. 26, is part road race, part community showcase. And it just so happens to segue into one of the biggest community events of the year, Bond Hill Day.

It's the first 5K to route through this part of the city in recent memory and a first-time effort for the Port of Greater Cincinnati Development Authority, a quasi-governmental entity that is presenting the event.

Leaders there hope to highlight their investment in Bond Hill and set the stage for the future. After decades of decline, Bond Hill, they say, is on an upward curve. More than $270 million has been poured into the Seymour Avenue/Reading Road corridor in recent years.

"My goal is to have a couple hundred people run who maybe haven't been to Bond Hill in 10-15 years," said Darin Hall, the port authority's executive vice president. "They'll come and say, 'Bond Hill has changed.' "

Putting the pieces in place

Bond Hill has been a "focus neighborhood" for the port authority since 2012, an effort that's centered around returning vacant, blighted properties to productive use. There's been significant community buy-in, and the port has acquired more than 80 acres for redevelopment in Bond Hill and neighboring Roselawn.

Some of the most visible results include: Mercy Health’s investment of more than $70 million in its corporate campus at the site of the shuttered Showcase Cinemas; Midpointe Crossing is a 25-acre developable site at the famed but failed Swifton Commons Mall; and, soon, officials will reface 10,000 square feet in the downtown business district, a span that runs from California Avenue to Dale along Reading Road. But it's still very much a work in progress.

"It's an important part of the city," he said. "It's the geographic center – literally. If you Google Cincinnati, the pin will drop at the intersection of Reading and Seymour. It has a 75,000 daytime population, generating over $4 billion worth of wages. But at the same time, there's over $100 million of unmet purchasing power in the same radius."

Midpointe is a big piece of the pie, a rare opportunity within the city limits, Hall said – one of the largest development-ready pieces of land available within the Interstate 275 beltway.

The site once housed Swifton Commons – one of the first, if not the first, open-air malls in the country, built circa 1956. The port acquired the property, also known as Jordan Crossing, in 2013 and demolished the 400,000-square-foot shopping center later that year.

"Swifton Commons was a big draw. It was a big deal when it was first built," said Gail Paul, the port's vice president of communications. "For a lot of people, that may have been their last experience with the neighborhood."

The port has invested $6.2 million at Midpointe and continues to market the property. But finding the right tenant has been a challenge, so it is working from the outside in. Around the corner, it developed TechSolve II, a 13-acre business park across from Woodward High School that includes tenants like Jet Machine and Gannett, removing several blighted properties in the process. It built Swift Park, which includes a one-mile walking path that encircles the Midpointe site, using a $500,000 state of Ohio award. It obtained an exchange agreement to take over 1620 Seymour Ave., a U.S. Army Reserve site, next to TechSolve II so its 17 acres can be redeveloped for advanced manufacturing.

"We want real jobs-producing office and retail," he said. "Not the fast food (chain), not the pawn shop, not the dollar store. Not the stuff disinvested neighborhoods seem to get again and again."

In the downtown business district, the port authority will use a portion of its Kresge funds – the Detroit-based private, national foundation gave the group a 10-year, $5 million loan in January – to reface and rebuild a 10,000-square-foot stretch of buildings on the west side of Reading Road, largely vacant minus a barber shop. Down the road and across the street, the port has demolished several problem properties or is in the process of tearing them down.

In addition, a $25,000 grant from GROW Cincinnati by Urban Blooms will be used to install a living wall – a large, permanent grouping of plants – on the south side of 4912 Reading Road. It's one of two grants awarded by the group this year.

"This is all going to look very different," Hall said. "By the time we finish (downtown), it's going to look like any other nice neighborhood in the city. It's exciting. I've done this job in Atlanta and Baltimore, and I've never seen a neighborhood with all the pieces in place like this."

Which is exactly why the port wants to share its progress thus far – and why the Pacemaker Pacer will route through all of the above.

The race, which begins and ends at Tryed Stone New Beginnings, another community anchor, will serve as a precursor to Bond Hill Day, an annual celebration with food, games and vendors held in the church parking lot. Proceeds from the 5K will be split between the Bond Hill Community Council and Crayons to Computers, which provides kids in need with school supplies.

"Everyone looks for ways to differentiate their 5K, and it's always cool to run in a neighborhood you maybe haven't before," Paul said. "Plus, the idea of helping a community reach its destiny, I think will resonate with the running community. This all came about organically, but it's really taken off. We're looking for local bakers and makers to be occupants in the business district again. It's a great way to expose people to some of the opportunities here, because they'll be passing right by."