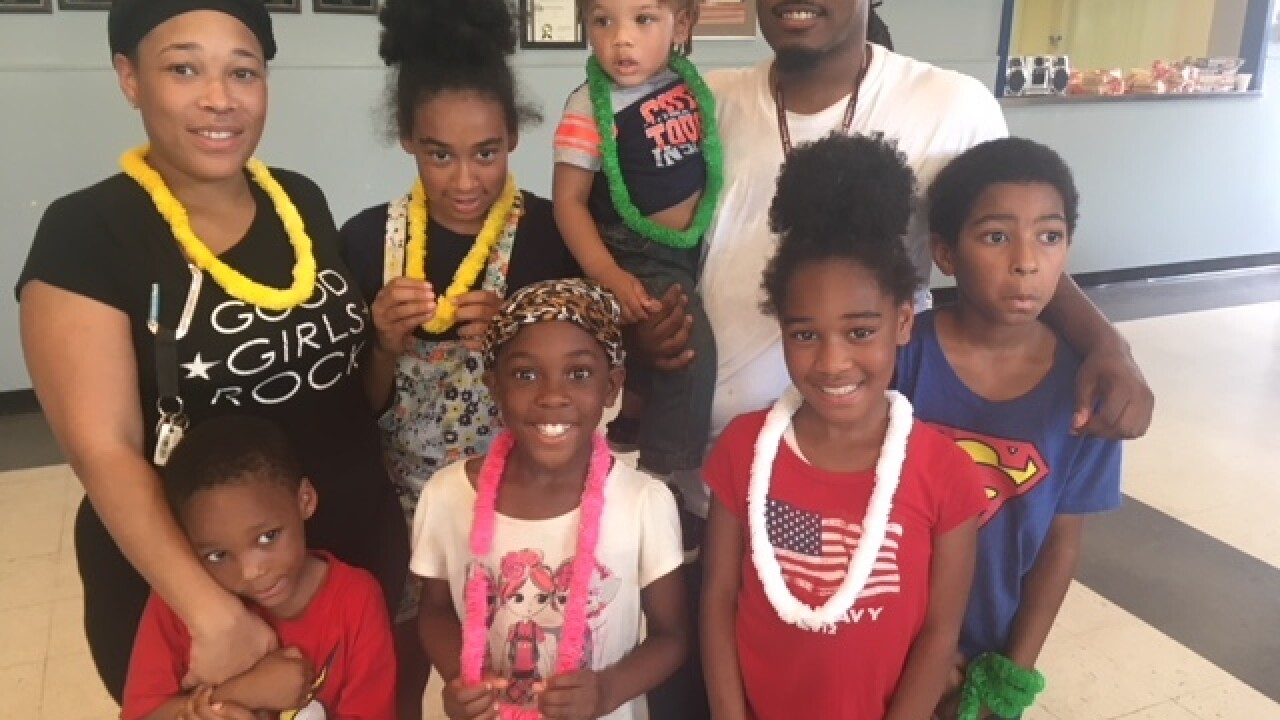 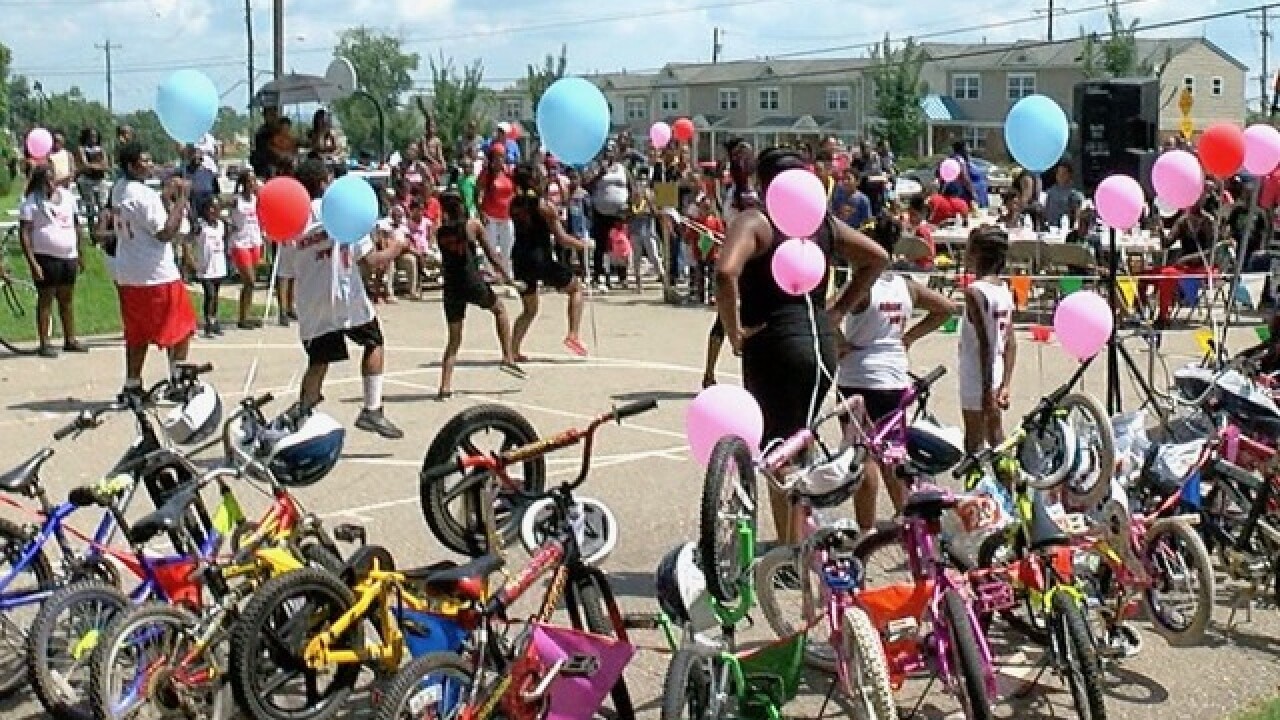 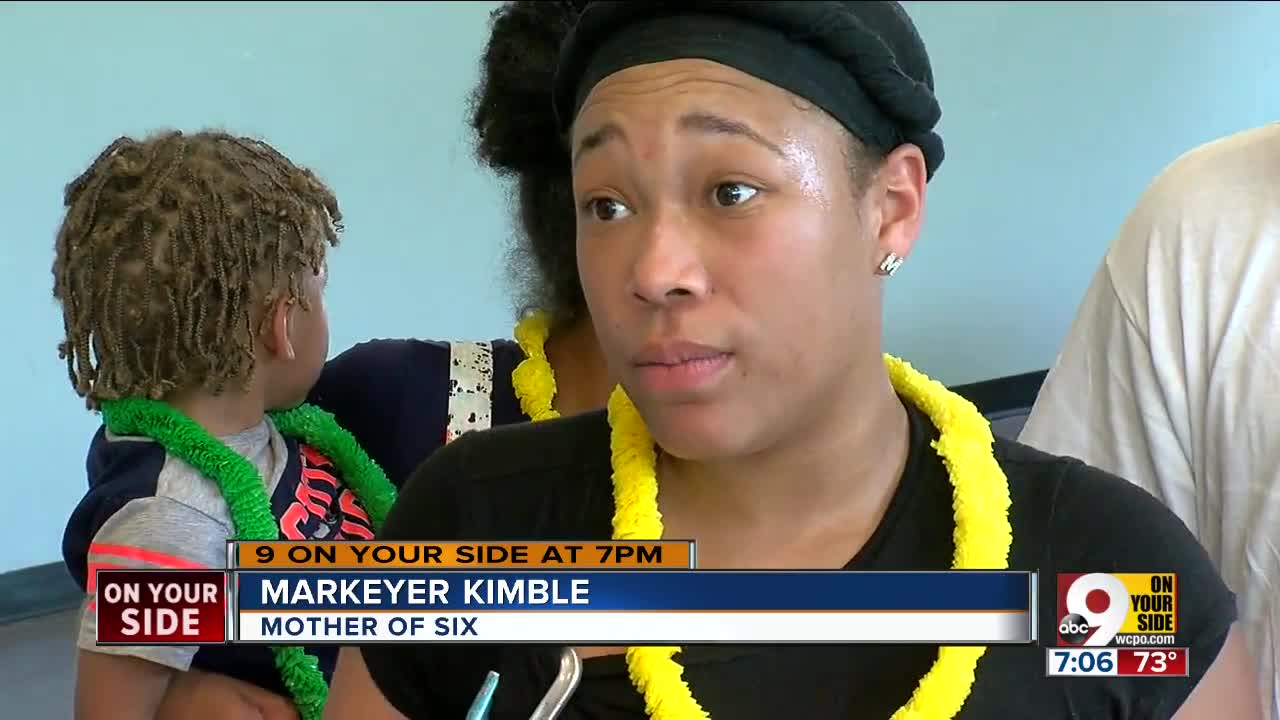 CINCINNATI -- It was hard to miss the end-of-summer cookout at the Villages at Roll Hill.

Folding tables filled with hot dogs, drinks and dessert lined the lawn outside the community center. There were bikes for kids, prizes for parents and a local dance team even performed.

But the most important giveaways were saved for last -- 500 grocery sacks filled with calorie-dense food. That was enough for every child at the party to take one home to help fill their stomachs until the start of the school year.

“It’s just extra stuff for them so they can have extra meals, extra snacks, extra everything,” said Markeyer Kimble, who lives at the Villages at Roll Hill with her six children and fiancé. “Especially when they want to hurry up and grab something to eat that they can fix themselves.”

For scores of families, though, the need goes far beyond a quick snack.

More than one in 10 families in Greater Cincinnati have worried about running out of food for their kids before they could get money to buy more.

That’s according to the 2017 Child Well Being Survey. The University of Cincinnati polled 2,700 adult caregivers across the region for the survey on behalf of Cincinnati Children’s Hospital Medical Center, Interact for Health and United Way of Greater Cincinnati, which sponsor the survey to gauge the health of local children every five years.

Some groups of respondents reported even more widespread concern:

• 23 percent of caregivers within the city of Cincinnati answered that they “sometimes or often” worried about running out of food for their children.

• 25 percent of caregivers for African-American children reported that concern.

• The figure was a staggering 42 percent for families with a household income at or below the federal poverty level.

“We’re talking about families who are either subsisting on food that’s not enough to get the family through the entire week or they’re skipping meals,” said Jennifer Chubinski, vice president of research and evaluation at Interact for Health. “It’s a pretty basic human need to be able to have food for your children.”

That’s what those hundreds of sacks of food were all about.

The story of the sacks

A nonprofit called Childhood Food Solutions provides them to the children who live at Villages at Roll Hill as well kids in East Price Hill, Lower Price Hill and West Price Hill.

The organization targeted those communities because of their low household incomes and the numbers of students there who qualify for free school meals during the academic year, said Tony Fairhead, the executive director and co-founder.

Childhood Food Solutions tried several methods to try to get more food to children, first by donating to local food pantries and then by beefing up summer feeding programs. But the organization finally settled on an elegant solution that reaches more families without any stigma: When Childhood Food Solutions delivers sacks of food to the schools it serves before holiday breaks, every child takes one home.

During the summer, the organization delivers the sacks from a truck that drives through communities or distributes them from community centers like the one at Villages at Roll Hill.

“Most of our families here make $14,000 or less a year, and they run out of food every single month,” said Lisa Hyde-Miller, the community relations coordinator at the Villages at Roll Hill for Wallick-Hendy Properties. She also is a co-founder of Childhood Food Solutions and chair of the nonprofit’s board.

“So by the time that Childhood Food Solutions is delivering food to them during the summer, they’re restocking their cabinets,” she said.

Volunteers pack the sacks with calorie-dense food designed to replace the calories that children would typically be getting from the free school meals they miss during the summers, Fairhead said.

Over the more than 10 years the organization has been distributing the food in the 45225 ZIP code, students there have improved their test scores in reading and math, he said.

“If kids aren’t getting enough calories or the right nutrition at the right time, their growth, development and health are at significant risk,” Chubinski said.

‘We have to do what is right’

“It has been really great for our families,” she said. “By providing them food, it has eased up their budget so they can pay their utility bill or buy diapers their child might need or buy school supplies.”

The health center’s staff uses the food pantry as a way to connect with families in other ways, too, said Dr. Melissa Klein, an associate professor for pediatrics at Cincinnati Children’s Hospital Medical Center.

Center staff members check to see if any children in the homes are overdue for vaccinations, for example, or lead screenings, Klein said.

“We’re really trying to use food as a connection to build trust with the family,” she said.

Helping parents meet those basic needs shows that their doctors and nurses truly care about them and their children, Burkhardt said.

“We’re talking about how to treat obesity and asthma and all these kind of high-level things, and the family is worried about how am I going to feed my kids tonight,” she said.

Once those basic needs are met, Burkhardt added, parents are better able to tune into those other health concerns.

There are, of course, people who hear about hungry children in the region and believe it should be up to their parents to feed them.

But Burkhardt said that misses the bigger picture.

“We can’t harm the next generation of children just because of what parents may or may not be doing. At some point, we have to do what is right,” she said.

Plus, the parents are trying, she said.

“Most of our families are working families. They’re working one, two or three minimum-wage jobs, doing the best they can for the family,” she said. “They are feeding their kids, but they’re running into a pinch for the last few days of the month or an unpaid maternity leave or unexpected job loss.”

That’s why the Pediatric Primary Care Center at Cincinnati Children’s main hospital in Avondale plans to open its own food pantry in September, Klein said.

It could also be why so many caregivers confessed their worries about food insecurity during the 2017 Child Well Being Survey, too.