More of us wearing hometown pride on our sleeves 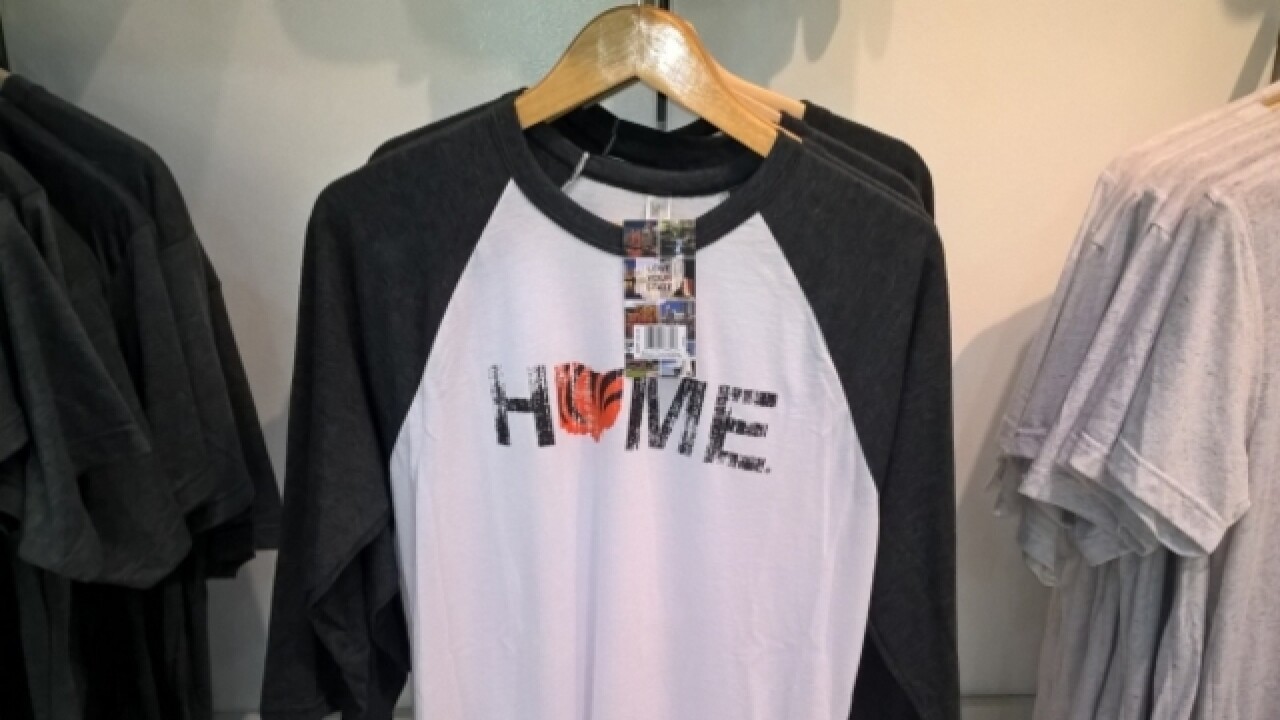 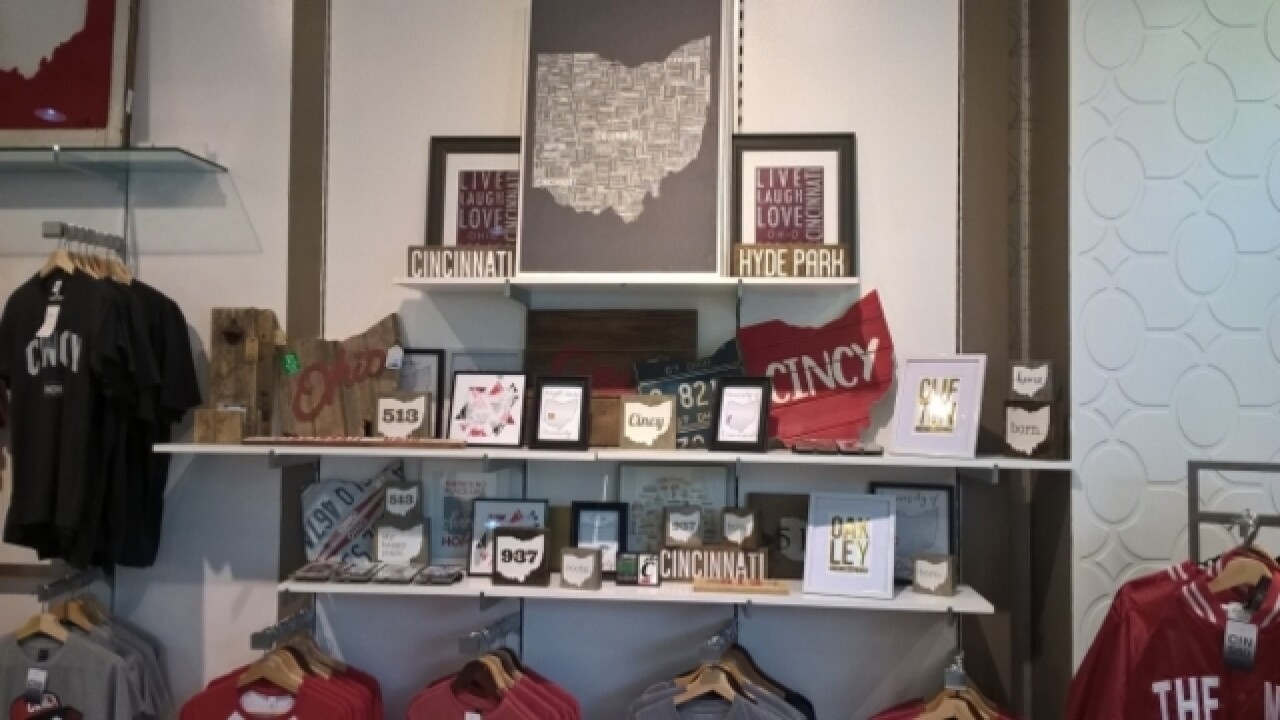 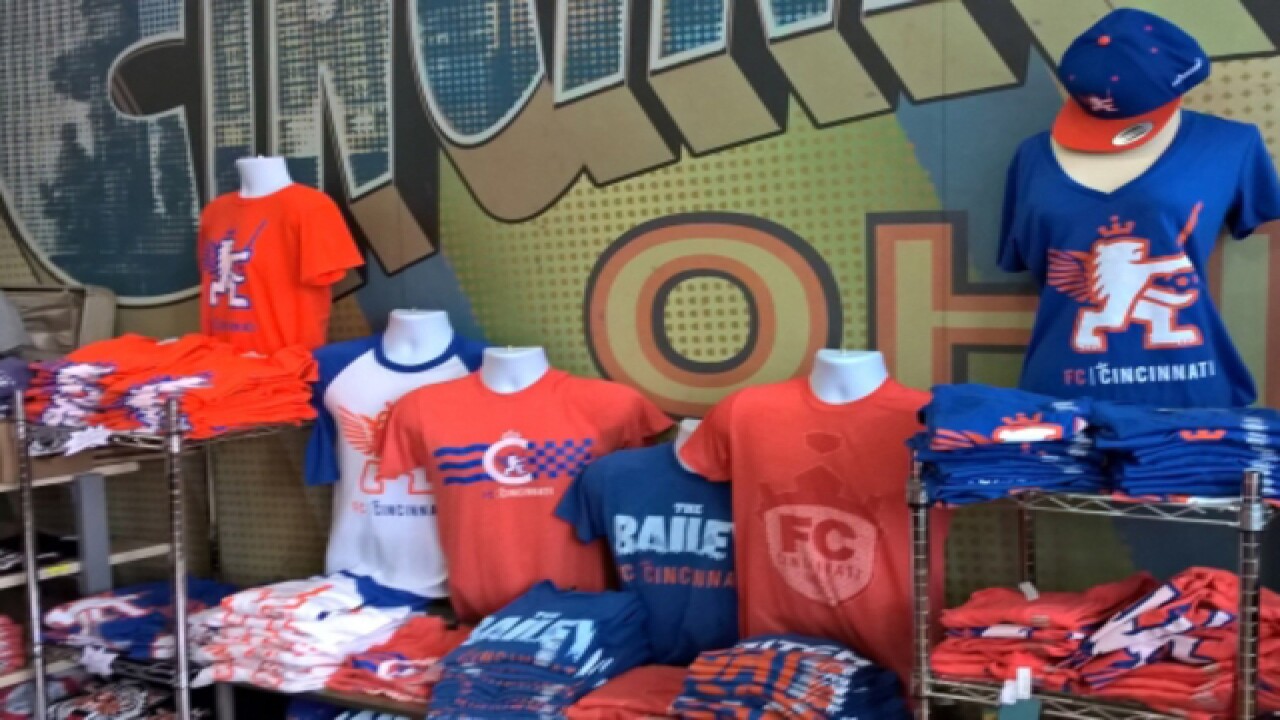 CINCINNATI -- You see them all around town: T-shirts proclaiming Cincinnati’s uniqueness and greatness. You see items ranging from stickers to posters to, well, you name it, and you can find something exhorting local pride.

Some examples: the "Netflix and Chilli" T-shirt sold by Cincy Shirts and the "Cincinnati: Where pigs fly" can koozie sold by Rally House.

So is the community pride cottage industry a fad, or is it here to stay?

Though fashions come and go, the local merchants who produce and sell community pride items say showing off your hometown is always in style.

“It’s a lot easier to market in your backyard as opposed to all over the world,” said Darin Overholser, owner of Cincy Shirts, located on Main Street in Over-the-Rhine.

For some, one small item led to a new, booming trend in the merchandising industry.

"It started with the ‘Home’ sticker," said Danny Stull of Be Ohio Proud. "I think I got in at the early stages of the local movement. I believe if we stay on top of what our customers are saying, we can tweak our designs and stay around.”

The Ohio Proud movement has spawned an even bigger one, where designs are adapted for other states. Those can be found on mystatethreads.com.

“It’s blowing up like crazy right now,” Stull added. “People will always buy T-shirts. What they say may change.”

From the Ohio Proud to Drink Local T-shirts offered by Be Ohio Proud — found at 26 retailers around town — to Cincy Shirts’ Reds, FC Cincinnati, and humorous shirts, there is something out there for everyone to show off a little hometown pride.

“Our store sells Ohio-made items from food to home décor to clothing,” said Andrea Archibald, owner of Simply Vague in the Kenwood Towne Centre, which has been open since November.

“It was hard to go local,” she said. “We wanted to make it really accessible. Our mission is to put local in major malls for people who maybe otherwise wouldn’t go out of their way to buy local.”

Simply Vague started with a storefront in Columbus four years ago, then moved to popular Columbus shopping spots in The Mall at Tuttle Crossing and Polaris Fashion Place.

“We have approximately 250 Ohio artists represented in our stores,” Archibald said. “It’s really cool to see. Everyone has so much state pride, if you put Ohio on it, it seems to sell better.

“The whole shop local movement is huge,” she said. “I do think people are willing to maybe even pay more because it’s unique. It’s not something your neighbor has.”

Being in major venues has an advantageous effect for local merchants.

“Being in malls, people go from there to our website,” Archibald said. “Then it becomes a word-of-mouth thing. Vendors aren’t able to keep up with the demand. On Black Friday, we sell out. People don’t have to go out of their way.”

Catching the cultural zeitgeist has helped Cincy shirts, most notably as FC Cincinnati’s popularity has the club struggling to outfit their growing legion of fans.

“It’s been great,” Overholser said. “We were one of the first with an FC Cincinnati license, and they haven’t been able to keep up with the demand. They’ve been sending people to us.”

Overholser started Cincy shirts in 2010, after running another T-shirt business online since 2005. It was the popularity of the locally themed shirts that led him to create Cincy Shirts, and from there to open a storefront in November of 2014.

The desire for locally themed merchandise seems to be growing.

“Every year our sales are increasing,” said Archibald. “We’re really well known for gifts, but we just continue to grow. Our makers then grow, and it only helps us. We’re trying to get people to keep jobs in the state or in the city.”

For Stull, the objective is even larger.

“Our mission is to grow love,” he said. “Not only do we give people simple ways to show love for their city or state, but for their communities where their home is.

“People are proud of where they’re from, whether it’s a small town in Idaho or a big city in New York or Ohio,” he said. “That’s what we’re working with.”