This campaign is making students smarter 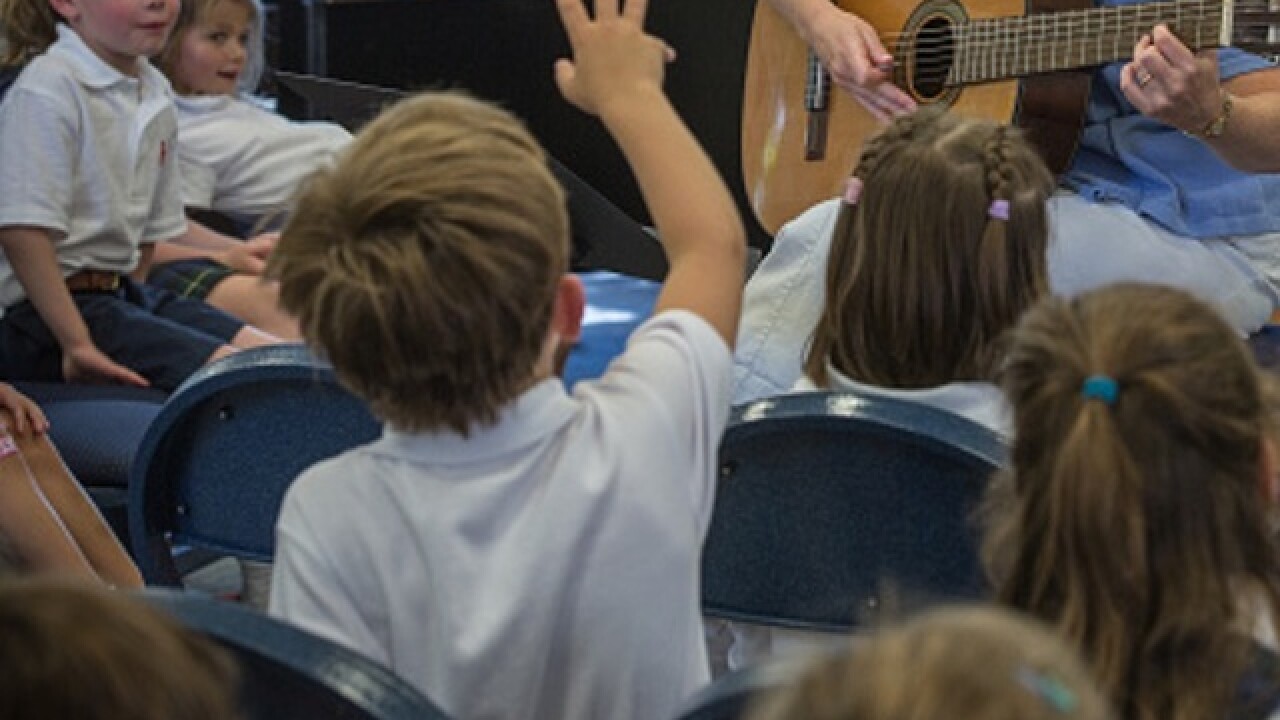 MIDDLETOWN -- Early childhood education is taking a front seat with a new community-wide collaboration in Middletown.

Monroe Local Schools is the most recent of five districts in the area to endorse the Middletown Community Foundation’s Ready! campaign .

The campaign is the foundation’s first since 1986, when it became a freestanding foundation.

“We really have not been an active fundraiser, going out asking for money from people in the community,” said Duane Gordon, executive director and CEO of the Middletown Community Foundation.

The foundation started out as a component of the United Way in 1976. It supports education, arts and other community needs in Middletown, Franklin, Monroe and Trenton, as well as Madison and Lemon townships.

The Ready! campaign is the result of a three-year strategic planning process, with input from about 100 community volunteers from area schools, businesses and health care agencies. The campaign aims to better prepare children for school and careers through 14 initiatives. While some strategies are geared toward high school students, the primary focus is on early childhood education.

“The average kindergartner in our community comes into school about two years behind,” Gordon said.

When kids start school unprepared, it often takes all 13 years of primary and secondary education to catch up to their peers, he said.

The initiatives include expanding home visitation services for at-risk children from birth to age 5, providing sliding-scale preschool scholarships and working with elementary schools on literacy programs. The Butler County Educational Service Center , United Way and 4C for Children will act as partner agencies to provide the services.

“Ultimately, we hope that the students in this area gain some of the very early skills of reading, writing and communicating prior to entering kindergarten,” said Phil Cagwin, superintendent for Monroe Local Schools.

In addition to the early childhood strategies, foundation leaders plan to create funds for technology and testing assistance and provide grants for guidance services at the high school level.

Foundation members are trying to raise between $4 million and $5 million to support the initiatives for the two age groups. About $1.13 million is expected to go toward the high school initiative, while $3.11 million will go toward early childhood education.

The foundation already has raised about $2.7 million, and members hope to raise the remainder through the Ready! campaign.

The money raised is expected to sustain the new programming for a five-year period, during which foundation leaders will work with partner agencies on sustainability plans.

Because the communities and school districts supported by the foundation already overlap and interact with each other, endorsing the collaboration was a logical move, Cagwin said.

“It just makes sense that we might as well do this all together,” he said.

While some services may not be cost effective if offered in only one district, multiple districts may benefit by sharing those services he added.

“A small school district like ours may not need our own social worker, but we can share one with other districts,” he said.

Although a significant portion of the Ready! strategies are geared toward children under 5, foundation members hope to see the impact extend beyond early learners.

“Any improvements that we can make in the indicators that measure educational achievements is going to take us where we need to be in the future,” said Karen Shaffer, who serves as a general campaign co-chair, along with her husband, David, and Bob and Nancy Fairchild. “If these (graduates) are contributing rather than being on welfare or other government support, it improves the bottom line for the community.”