Moeller to play Akron St. Vincent-St. Mary in basketball the next four seasons 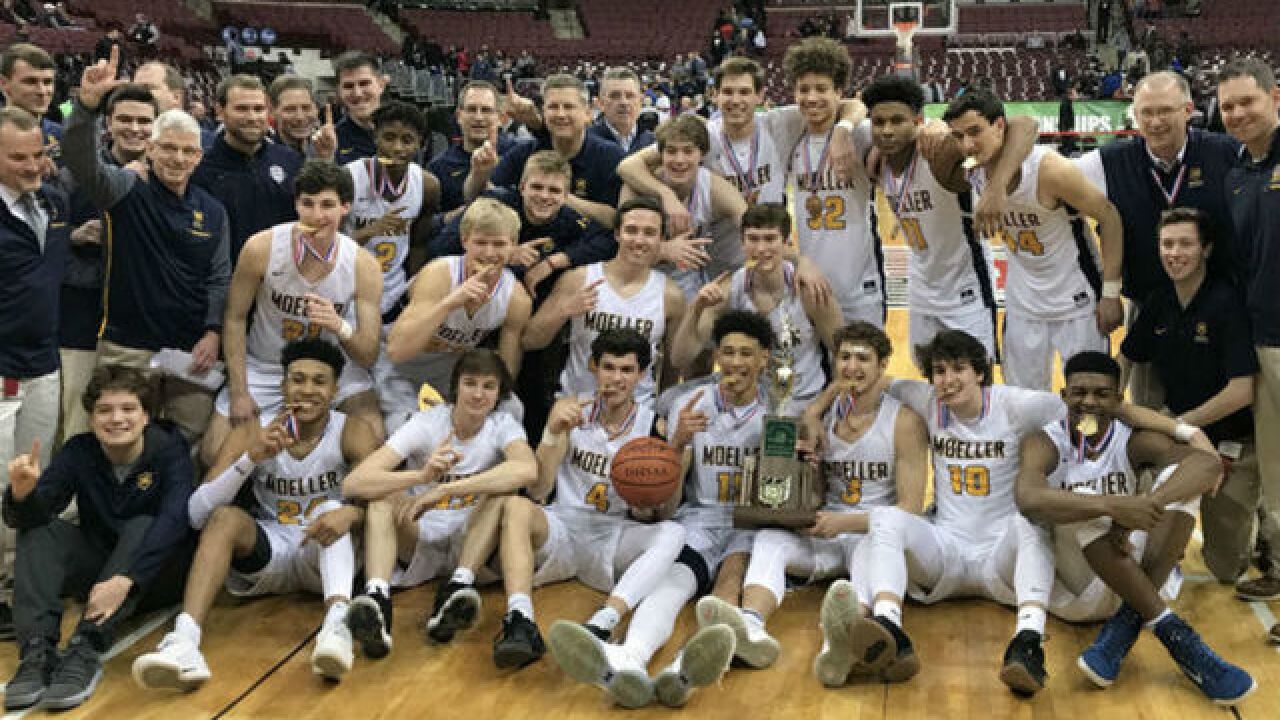 Copyright 2018 Scripps Media, Inc. All rights reserved. This material may not be published, broadcast, rewritten, or redistributed.
<p>Moeller defeated Solon 83-65 in the Division I state basketball final March 24 at the Schottenstein Center in Columbus. (Mike Dyer photo)</p>

SYCAMORE TOWNSHIP, Ohio -- The Moeller and Akron St. Vincent-St. Mary basketball programs are scheduled to play against each other the next four seasons.

Moeller won the Division I state title March 24 at the Schottenstein Center in Columbus. St. Vincent-St. Mary, the alma mater of NBA superstar LeBron James, won its second straight Division II state title with a 60-51 win over Trotwood-Madison earlier in the day.

The two schools will play a four-year deal starting this December, according to Moeller coach Carl Kremer.

The game this upcoming season will be Saturday, Dec. 8 at Moeller and then in Akron in 2019 with a rotation the following two years.

The most recent time the teams played was Sunday, Jan. 14, 2007 at the Pizza Oven Classic at North Canton Hoover, according to Moeller sports information director Steve Albrinck. Moeller won that game 59-44.

Moeller leads the all-time series with the Fighting Irish, 2-1.

The Fighting Irish have won a state-record eight state boys’ basketball championships in school history. St. Vincent-St. Mary will move up to Division I next season after the Ohio High School Athletic Association announce its competitive balance alignments for boys and girls basketball last week.

Moeller defeated Solon 83-65 March 24 in the first Division I state final meeting between the Associated Press No. 1 and 2 teams since Columbus Northland and Princeton in 2009. It was the Crusaders’ fourth state basketball title and the first since 2007.