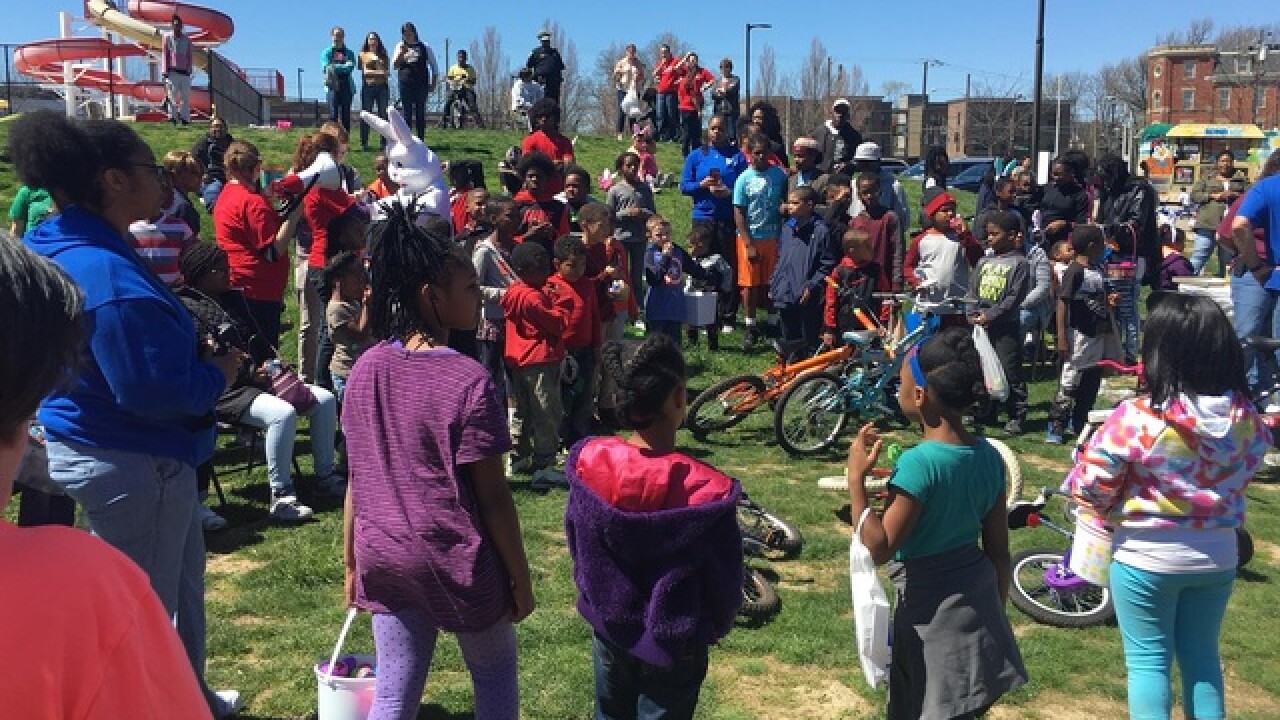 Copyright 2017 Scripps Media, Inc. All rights reserved. This material may not be published, broadcast, rewritten, or redistributed.
Provided
<p>  A big crowd showed up for The Mission Cincinnati's first Easter egg hunt in Evanston last spring.</p> 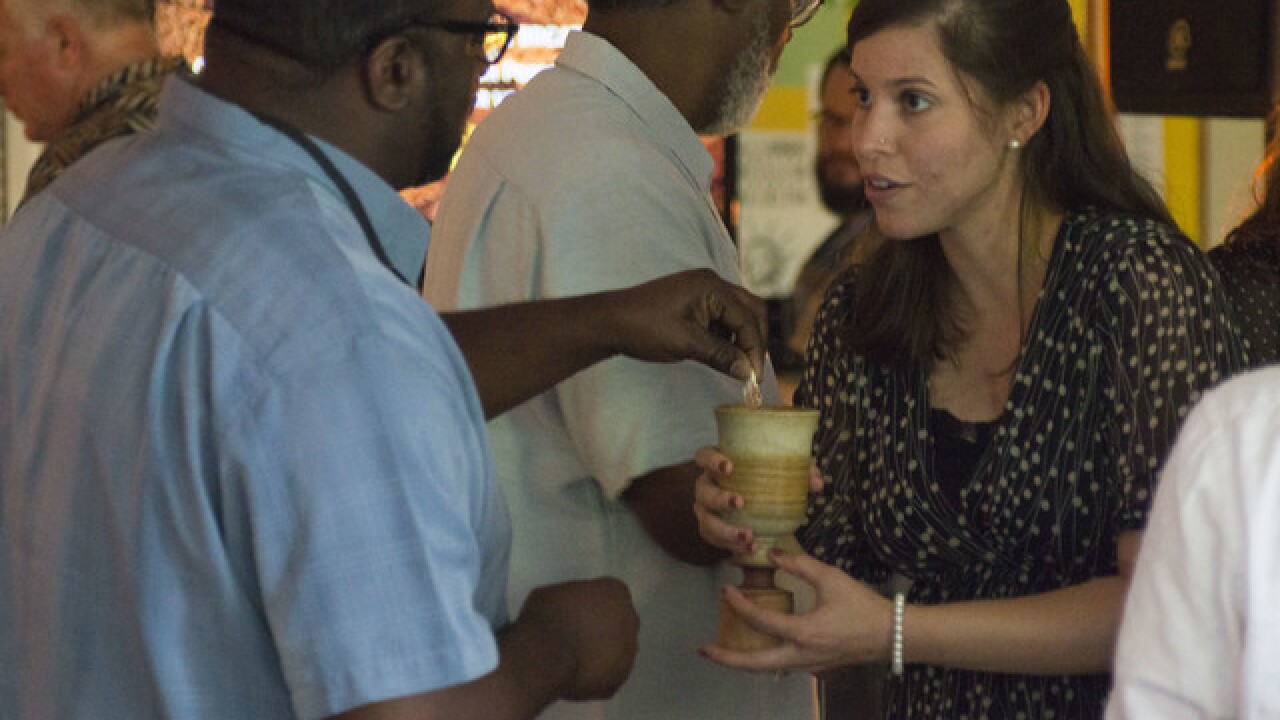 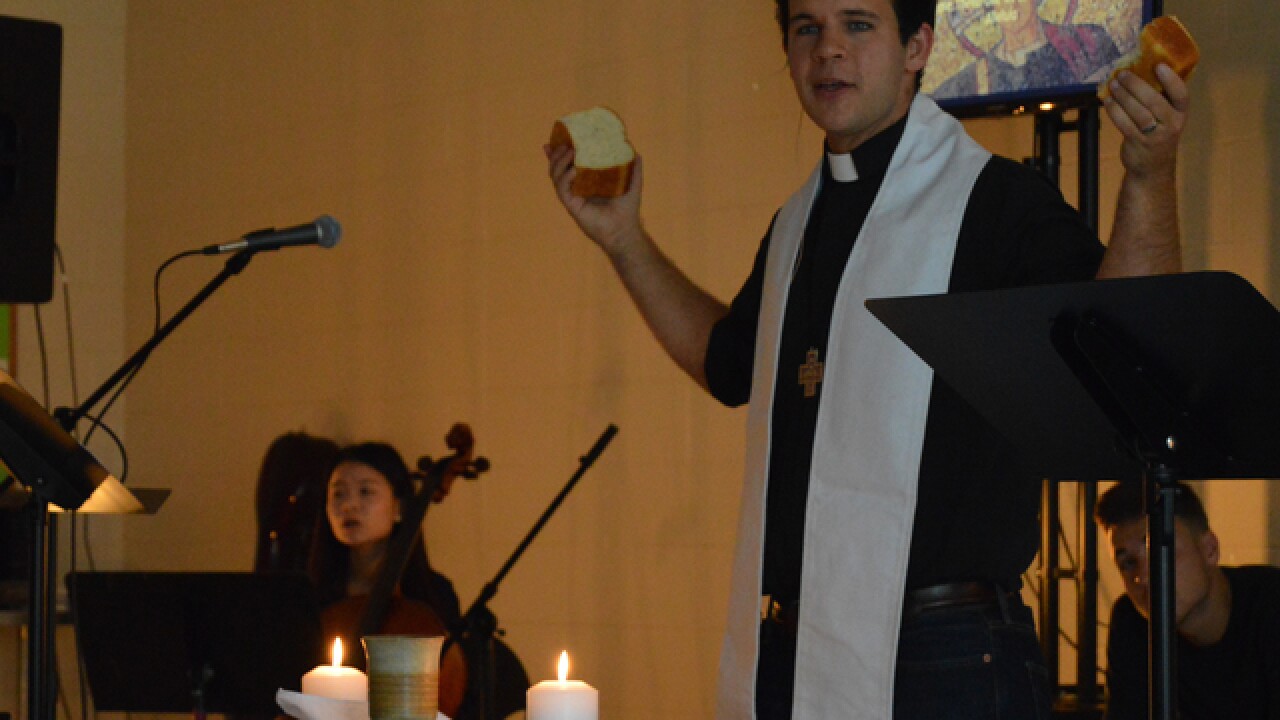 CINCINNATI -- When William Eavenson looks at the former Calvary United Methodist Church building in Evanston, he doesn't see a neglected building that has stood empty for at least five years.

He sees a building that could become a sort of "front porch" for the neighborhoodwith a cafe, some co-working space and space for community events.

Most of all, he sees a future home for The Mission Cincinnati , the church he founded that meets for worship Sunday mornings at the Evanston Rec Center, just across the street.

Eavenson said he's been talking with owner Rick Pescovitz about Mission Cincinnati buying the vacant building. That's true, Pescovitz said, and he's hopeful they can work something out.

Rick said he was driving by one day when he noticed an auction in progress. He dropped in and saw fixtures being taken away, and pews being removed and cut in half.

"It was a shame, what they were doing," said Rick, who had attended a high school just two blocks away. "It was a beautiful building."

Since the purchase, he's shown the building to several churches that wanted to lease it, he said, but none was interested in paying the high heating bills that would come with the lease.

It would cost about $1.3 million just to rehab the building and make it usable, Eavenson said, which is more than his congregation of about 50 can now afford.

"But it makes all the sense in the world if you extrapolate our growth," he said. "In a few years, we'll be a church of 400."

Eavenson and his wife, Savannah, moved to Cincinnati in January 2016 specifically to found a church. They modeled it after The Mission Chattanooga , a Tennessee church that's part of the Anglican Church in North America , a denomination of about 1,000 churches.

Eavenson started the Chattanooga church's college ministry in 2012. He was still working for the church in late 2014, when the senior pastor told him he thought Eavenson needed more responsibility than the church could give him.

So, for the next year, he and his wife looked at new opportunities, and found the right one when Eavenson happened to drive to Cincinnati on an errand. He spent a few hours walking around Over-the-Rhine, he said, and felt God's peace.

"I felt if we moved here tomorrow, it would be OK," he said.

His wife agreed. They felt that Cincinnati embodied much of the traits they had liked in other cities they had visited:

He and Savannah both decided they were "recovering suburban white kids." It wasn't enough for them to not be racist -- they wanted to bring reconciliation.

They spent several months raising support for their new church from friends, family and other supporters. About half of The Mission Cincinnati's monthly budget of $11,000 now comes from those external supporters, and the rest from parishioners.

It's enough to pay Eavenson and one other full-time staff member, plus two part-timers.

The church first met for Sunday night worship for six weeks in the Eavenson's apartment, and then at a local coffee shop before it moved to the Rec Center.

About half of the worshippers live in Evanston, Eavenson said, with about half coming from as far away as Loveland. A typical service could include both group recitations of ancient Christian creeds and old hymn lyrics set to contemporary music: "Ancient future worship," Eavenson calls it.

"We want to balance reverence and warmth," he said. "We want to make others feel they're coming into a space that's joyful but also reverent."

One of those conversations was with Symmes Township resident Brian Gardner, who joined the church's launch team. He enjoys the worship because it challenges his intellect and his emotions.

"I love the sacramental view of life built into worship in the Anglican tradition," he said. "The understanding that bodies and spirit both matter to God."

At 49, Gardner's one of the oldest members of the church. Most are millennials like Eavenson, Gardner said. Reaching millenials is a problem for most churches, as WCPO.com recently reported .

A more typical parishioner would be Grace Chen, a second-year medical student at the University of Cincinnati. She visited The Mission Cincinnati with a friend when the church was just a few months old. Eavenson's commitment to breaking down barriers in the community attracted her.

The church has done that by hosting events for children in the neighborhood and integrating them into the life of the congregation, she said.

Things like that make her feel that God's using the congregation, she said, and makes her "really excited to be part of the church as it grows.

"The unique thing about our church is that it tries to join a lot of things old and historical with things that are new and fresh," she said.