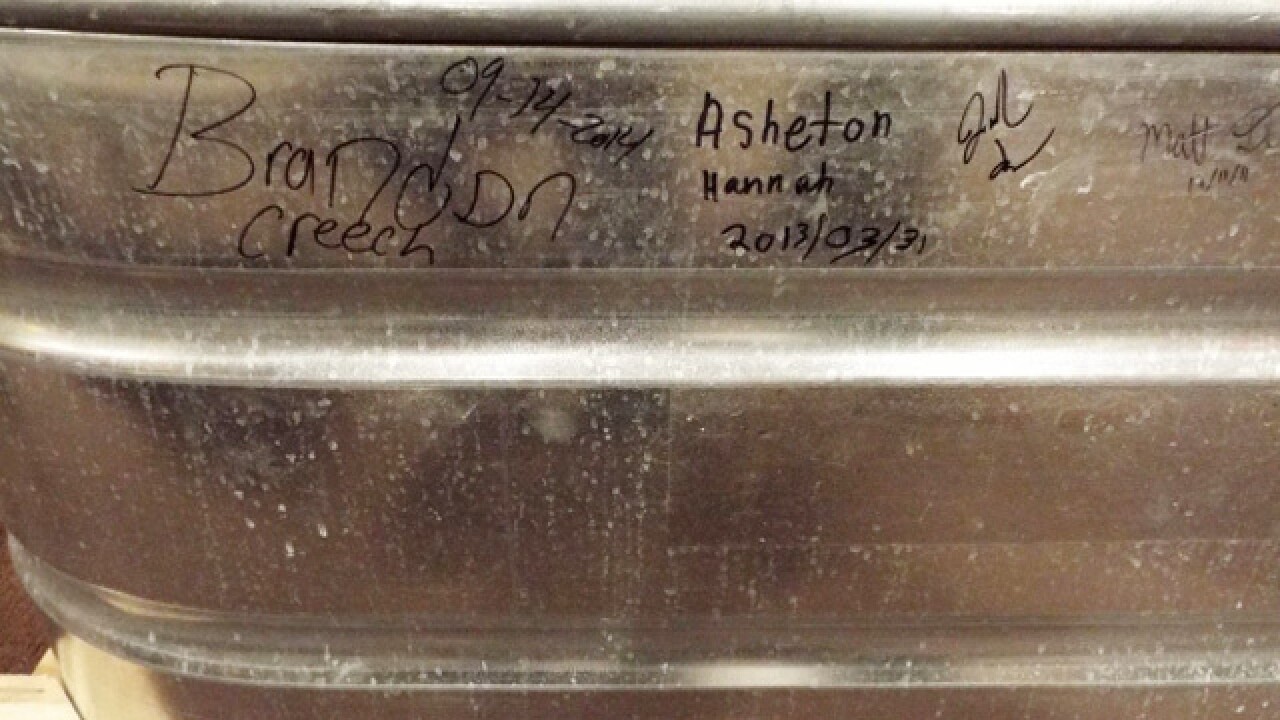 Copyright 2018 Scripps Media, Inc. All rights reserved. This material may not be published, broadcast, rewritten, or redistributed.
A former feeding trough serves as the baptismal font at Missio Dei Church. Those who have been baptized in it write their names on it. (Kevin Eigebach for WCPO) 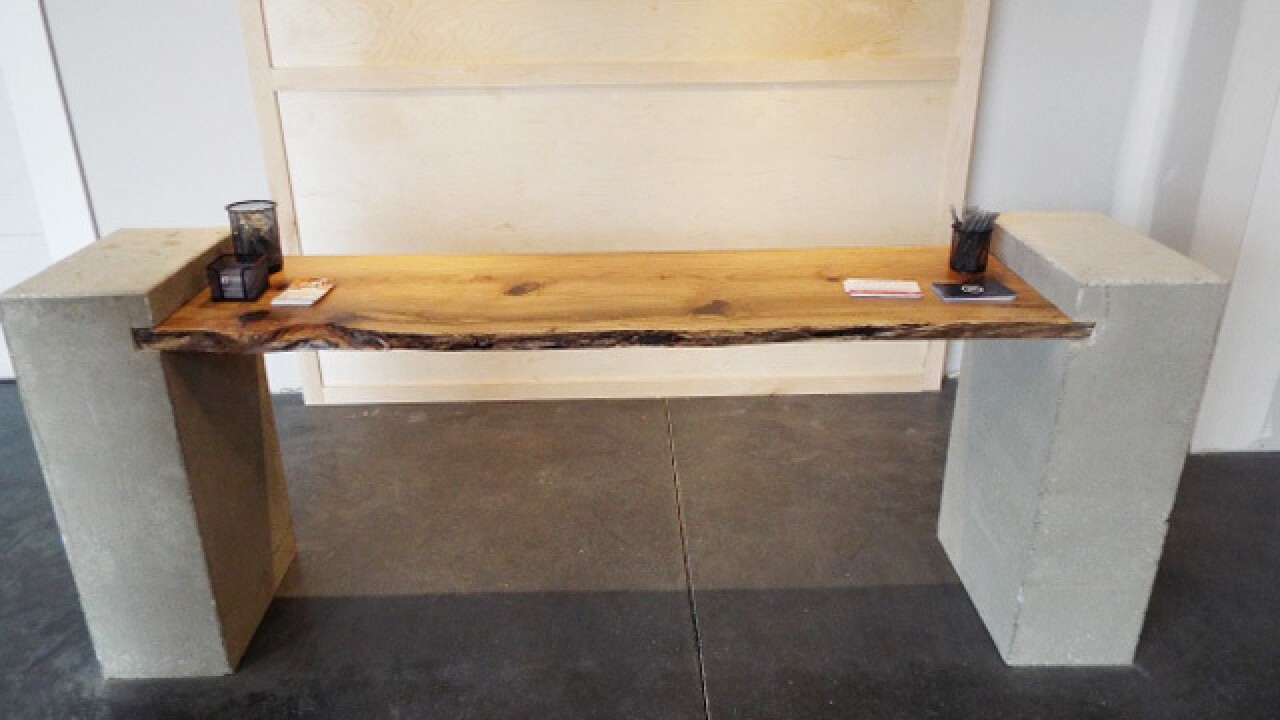 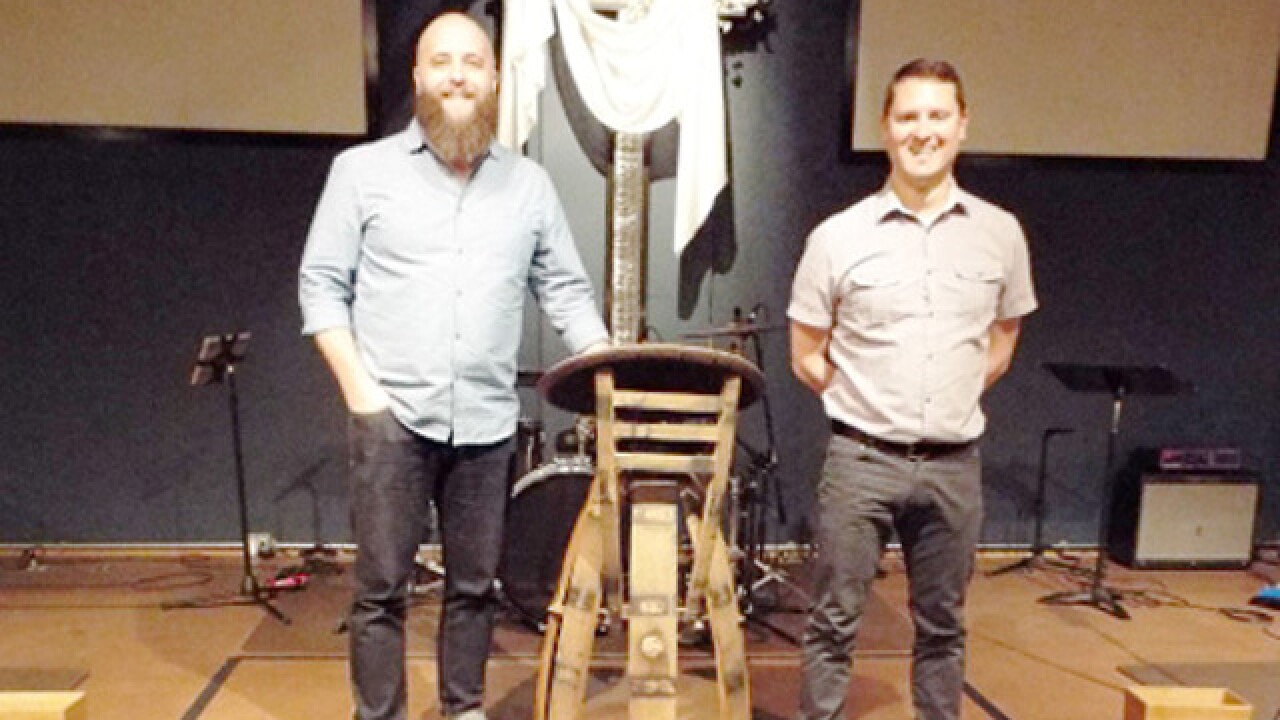 For centuries, the Roman Catholic Church served as one of the chief patrons of the fine arts, commissioning paintings and statues for its worship spaces.

In a smaller way, Missio Dei, a new, nondenominational Christian church, is carrying on that tradition at Essex Studios in Walnut Hills, which is home to more than 100 studios that provide workspaces for a variety of local artists.

Missio Dei is expanding and renovating its children’s ministry spaces and worship space at Essex. Plans include expanding the foyer, where congregants gather before services, and making it a place to display the works of Essex artists.

“Artists tell the story of our culture,” said Justin Rahmes, the church’s worship pastor. “We want to shape and influence what stories are being told.”

Missio Dei, which means “mission of God” in Latin, began in 2011 with eight people meeting for a Bible study in the West Price Hill living room of lead pastor Kurt Hannah. The Lakota High School graduate had recently returned to Cincinnati from Asheville, N.C., where he had started a church by the same name in 2007.

The new Missio Dei initially met for Sunday worship at Bloc Coffee in Price Hill once a month, until it grew to the point that it needed a larger and more permanent home. The church began twice-monthly worship services in 800 square feet of rented space at Essex Studios in June 2011 and launched weekly services there on Sept. 11, 2011. By then the congregation had grown to 60 adults and their children.

“It was a hot mess,” Rahmes said, because there was no air conditioning and the quarters were cramped. During one early worship service, as Rahmes played the guitar and led singing, he said he watched Hannah use a Bible to knock a cockroach off the communion table (the church has since hired an exterminator).

It became clear last year that the church needed more space than the 10,000 square feet it now rents. Church leaders considered buying a church building, Hannah said, but that would have cost $1 million, plus at least $250,000 to remodel and $3,500 a month for utilities.

“Essex Studios is eclectic, industrial, old and somewhat scary,” says the church website. “To us, finding beauty in its flaws and quirks reminds us that God is the Redeemer of the small, the slow and the silent.”

The property was originally home to the Hershey Clock Co., said owner Trent Heimann. In the early 1950s, his grandfather purchased the building and Hamilton Tailoring Co., one of the tenants, a custom-made clothing company. Hamilton Tailoring, which makes the green jackets for winners of the Masters professional golf tournament, still uses part of the building.

Over the years, the building became a haven for artists. Heimann said he now counts painters, sculptors, woodworkers, potters and metalworkers among his tenants. There’s also a printing company and a T-shirt maker that Missio Dei patronizes.

Missio Dei is expanding into space formerly rented by two larger tenants: the Cincinnati Circus Company, which does juggling and other circus acts primarily for corporate clients, moved to 6433 Wiehe Road in 2013; and the American Sign Museum, which moved to Camp Washington in 2012 but moved its iconic, 20-foot-tall, genie-holding-a-welcome-sign statue out of the Essex Place parking lot only in February.

The church plans to expand its sanctuary from 200 seats to 400, which it believes is an ideal size for churches that want to start more churches. The present sanctuary doesn’t contain any paintings, but it does have a pulpit made from a deconstructed whiskey barrel.

The message from the pulpit is very traditional — the father is the pastor of the family, women cannot become ministers, the Bible is without error in the original manuscripts. It believes same-sex relationships are not part of God’s plan, but Rahmes said that, while the church might not condone such relationships, it doesn’t condemn people, either.

Rahmes thinks the church gained trust from the artists during a meeting with tenants, when the church said it wanted to display their paintings, and the subject of nudes came up. He said he told the group that the church didn’t object to nudity per se, but exploitation of nudity in the form of pornography.

“Nude art can be a very honest depiction of the human condition, of who we are in a vulnerable state,” Rahmes said.

The church wants its renovation, which it hopes to complete by Christmas, to create a space where Essex artists can have gallery openings, cocktail parties and other artistic functions, Rahmes said. In the long term, it also wants to partner with a local high school to create a fine arts program for students.

“We want to use the building to bless the neighborhood, the city and the artisans in the building,” Hannah said.

That’s fine with their landlord. “(The church has) been a major uplift to the whole building,” Heimann said.