'It's a big number, but I think it's achievable' 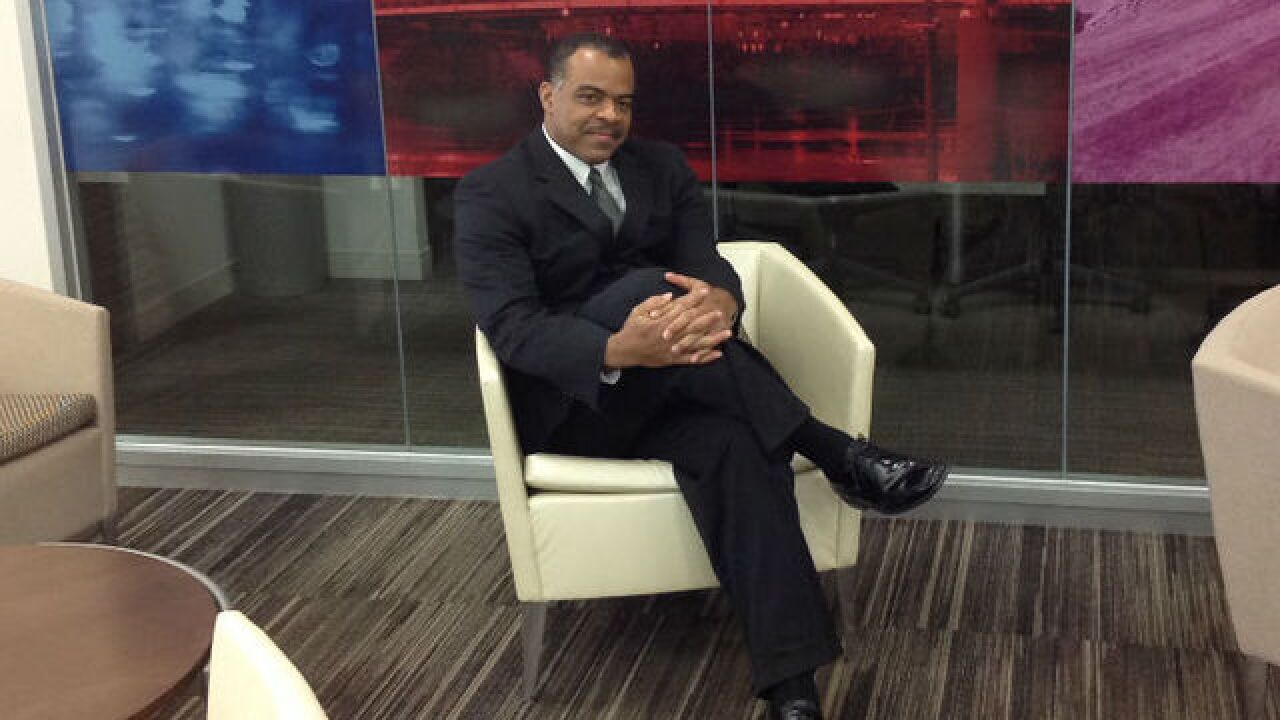 Lucy May | WCPO
<p>Darrin Redus is the new vice president of the Minority Business Accelerator at the Cincinnati USA Regional Chamber.</p>

Darrin Redus, who in January became vice president of the Cincinnati USA Regional Chamber's Minority Business Accelerator, has announced a new five-year vision for the initiative.

The goal: For local minority-owned businesses involved with the Accelerator to generate an additional $1 billion in revenue over the next five years and create 3,500 new jobs during that same time.

"It took us 13 years to get to $1 billion and 3,500 jobs. We want to double those numbers in five years," Redus told WCPO. "It's a big number, but I think it's achievable. Our companies are starting from a much different place today than they were 13 years ago."

The Accelerator was created in 2003 as part of the community's response to the riots that tore through Cincinnati in 2001. The idea was that economic disparity was a root cause of the unrest that divided the community. The Accelerator was designed to help grow sizeable, black-owned companies that would, in turn, create more jobs for black residents. Hispanic-owned companies were added later.

Minority-owned companies typically hire more minority employees. Of the 3,500 people employed by companies involved with the Accelerator, in fact, about half are minorities.

He announced his bold, new goals during a celebration Thursday to honor local minority-owned businesses.

Mel Gravely, the CEO of TriVersity Construction and member of the Accelerator's leadership council, said Redus has the skills and experience help the region's minority-owned businesses grow dramatically.

RELATED: How he plans to 'boost' minority companies

"If we only play the game the way we've been playing it, we'll only get the outcome we've been getting," said Gravely, who helped craft the plan to create the Accelerator before he was an owner of the construction company. "So he's got to stretch us."

Redus already has some plans on exactly how to do that.

Growing the region's minority-owned businesses much more dramatically than they have grown over the past 13 years will require more aggressive approaches to that growth, Redus said.

He said he believes that some of the companies involved in the Accelerator could be more attractive to private equity investors than they ever have been, for example.

Others could grow through mergers or by acquiring competitors, he said.

Those growth strategies are more common among mainstream businesses but have not been as common among minority-owned companies, Redus said.

They won't be strategies that every business owner will embrace, Gravely said. Private equity investors, in particular, expect partial ownership and some control of companies in exchange for their investments. And that's something that a lot of business owners aren't eager to give up, he said.

"That's not a minority or majority thing," Gravely said. "There's a reason why in this country there's a very small percentage of firms backed by private equity because most of us don't want to give up control."

Redus acknowledged that there would be business owners who don't like the idea of growing their business with the help of outside investors. But he said he thinks he can convince some that it would be a smart way to grow.

"It's helping minority partners understand the value of perhaps sharing 70 percent of a much larger pie rather than 100 percent of a smaller one," he said. "I'm not of the impression that everyone will buy into that immediately. But certain firms are already of the size and scale that it's the right move."

In addition to announcing the new vision for the Accelerator, Redus also announced the initiative's results for 2015.

For the third year in a row, Greater Cincinnati corporations and nonprofits have spent more than $1 billion with local minority-owned businesses.

As impressive as that is, Redus said there is room to grow that spending, too. He and his staff will be working closely with local corporations and nonprofits to find additional spending opportunities, too.

The Accelerator had 32 companies in its "portfolio" of black- and Hispanic-owned businesses.

Those are the companies that generated more than $1 billion in revenue combined and employ 3,500 people.

That $1 billion revenue figure has stayed steady for the past 18 months or so, Redus said, which is one of the reasons he thinks it's time to find ways to push more aggressive growth.

"It's kind of the ideal time to say, going forward, how do we really accelerate this?" he said.

• Innovator of the Year Award went to Best Upon Request.

• Capacity to Excel Award for the company with the best foundation for accelerated growth went to Megen Construction.

• Community Impact Award for the most inclusive employee base went to Jostin Construction.

• Goal-setter of the Year Award for the corporation with the most impactful and innovative collaboration with minority-owned firms went to Skanska.

And the four new companies joining the Accelerator's portfolio:

More information about the Minority Business Accelerator is available online.