Millennials and church don't seem to mix in the Tri-State, no matter the efforts to unite them 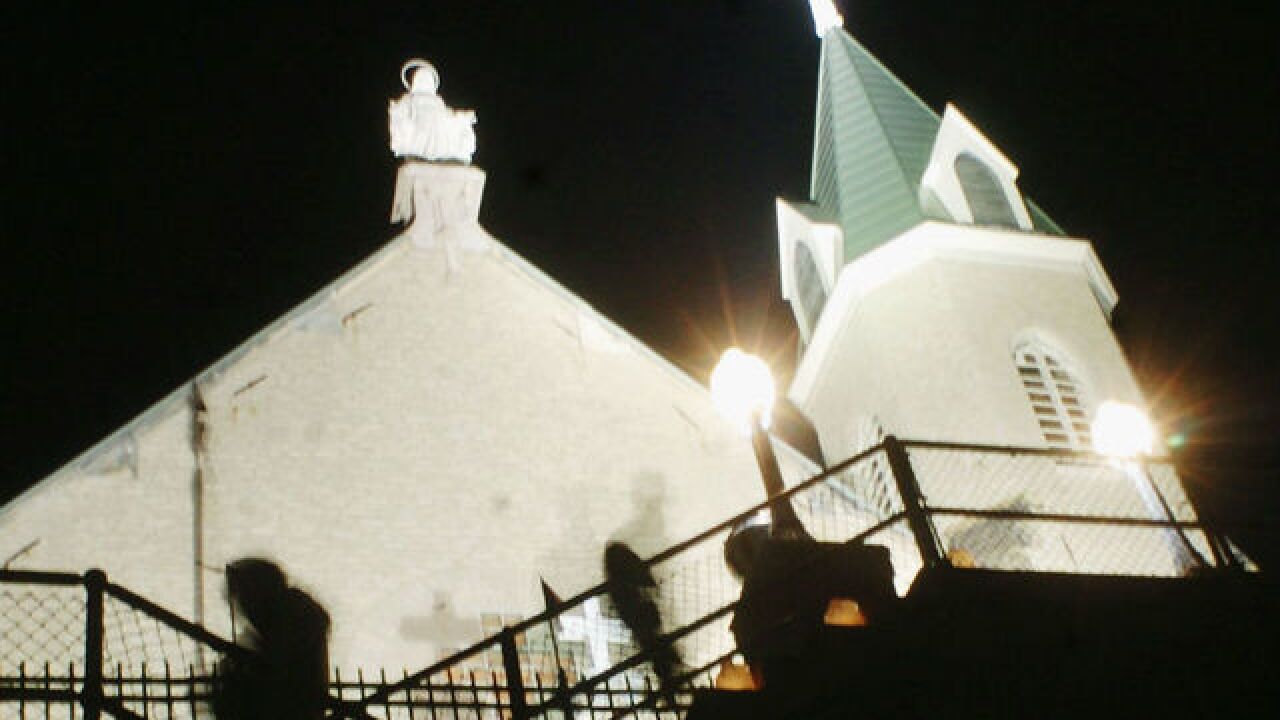 By: Kevin Eigelbach | WCPO contributor
Posted at 7:00 AM, Oct 23, 2017
Percent of church attendees that are millennials
Infogram

CINCINNATI -- About three years ago, Burlington Baptist Church began its Thrive service on Sunday nights, designed to appeal to young adults in their 20s and early 30s -- the millennial generation.

As WCPO.com previously reported, the service checked a lot of the boxes that experts say millennials want in a church service. It had contemporary music, was led by millennials and used technology at a high level.

But the service failed to catch on, and the church no longer offers it.

Instead of a service especially for millennials, the church now offers what it calls "life groups," which are groups of like-minded people that meet for fellowship and prayer, Pastor Kent Holland said.

Burlington Baptist's experience shows just how hard it is for churches to reach millennials, who seem to be one of the most unchurched generations in recent history.

Millennials make a bit more than 20 percent of the population. But a 2015 survey of more than 4,000 churches found that the percentage of adults 18-34 in church was down to 11 percent.

The survey from Faith Communities Today found that millennials are absent in congregations regardless of how big the congregation is or where it's located. That's even in new suburbs, where growing churches are usually found.

Nearly one in five congregations, or 18 percent, reported having no millennials, a significant decrease from the 2010 survey's finding of 8 percent.

Why are they staying at home on Sunday morning? For many, religion just isn't relevant to their lives, said Scott Thumma, director of the Hartford Institute for Religion Research in Hartford, Connecticut.

Their disinterest in religion mirrors a growing secularization of society as a whole. The Pew Research Center reports that nearly one in four Americans have no religious affiliation at all.

What congregations attract millennials? According to the Cooperative Congregations survey, they're more likely to be theologically conservative; have higher concentrations of children and youth; and make engaging young adults a priority.

The survey found that engaging young adults isn't a priority in nearly half of American congregations and is the top priority of only one in 10.

And, the survey authors said, "(without) high prioritization of young adult engagement, the chances of members of this demographic group walking through a congregation's doors are slim."

When it comes to engaging millennials, few congregations appear to have worked harder than Oakley-based Crossroads, the fastest-growing church in the country in 2016.

In January, Senior Pastor Brian Tome presented to the church the results of a research project the church undertook to see how well it was engaging new visitors.

With help from a marketing research recruiter, it found nine men 25-35 years old who were not attending church, were leaders in their communities and were looking for spiritual answers. Then, the church invited them to attend a worship service and share what they thought about it.

The experiment validated many of the things Crossroads was doing. The men felt welcomed and pleasantly surprised by the friendly atmosphere, which was facilitated by the large atrium the church typically builds in its sanctuaries.

"That turns out to be money well spent," Tome said.

Crossroads tries to engage its audience with lots of video presentations. The men liked this. They also didn't mind seeing a sermon preached via video feed from the central campus in Oakley.

They were indifferent to the music, which they largely viewed as entertainment. "If we were only trying to reach this demographic, we wouldn't use any worship music," Tome said.

Concerns about reaching millennials are not limited to Protestant congregations like Crossroads. According to the Center for Applied Research in the Apostolate at Georgetown University, a Roman Catholic think-tank, two-thirds of millennial Catholics attend Mass only a few times a year, if at all.

We're living in a post-Christian age in which some people are downright hostile even to the idea of religion, said Luke Carey, who in June became director of the Office for Young Adult Evangelization and Discipleship for the Archdiocese of Cincinnati.

Carey, 34, says many millennials raised as Catholic might not attend Mass weekly, but they still identify as Christians and hunger for the purpose and meaning church offers. Those who do attend regularly, on the other hand, are usually all-in.

It's become a cliche -- but it's still true -- that millennials like authenticity, said John Stegeman, who wrote the "Millennial Catholic" column and was the new media editor for the Catholic Telegraph. Born in 1983, he participates in a young families group at his church, St. Marin of Tours in Cheviot.

He thinks millennials just want to worship in places where people are living out their faith "in such a way that it's attractive."

If you visit one of the 22 Mormon congregations in Greater Cincinnati, you are unlikely to find a single adult between 18 and 30. That's not a sign of catastrophe -- it's because they are encouraged to worship with the Cincinnati Young Adult Congregation in Norwood, which is devoted exclusively to that demographic.

Her congregation worships the same way that regular Mormon congregations worship, even using the same hymnbook. The attraction for young people is being with other young people and having more opportunities for service, she said.

For example, she's the relief society president for her congregation, a title she would be unlikely to hold in a regular congregation.

Most congregations have only two missionaries assigned to them, but her congregation has six, two of whom recruit millennial converts on the University of Cincinnati campus.

They're having some success, she said. Within the past few months the congregation has had five baptisms, which is a lot for a congregation of only about 120.

"That's a great opportunity for us," she said. "It brings a lot of excitement."