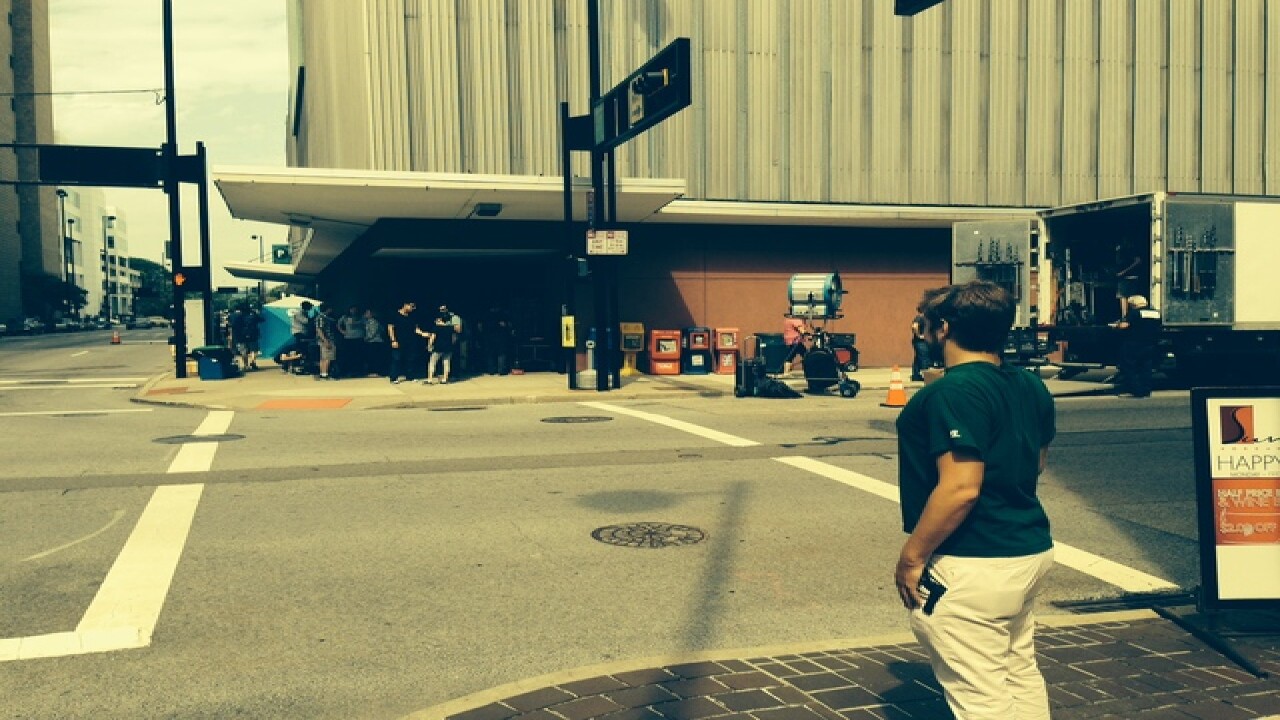 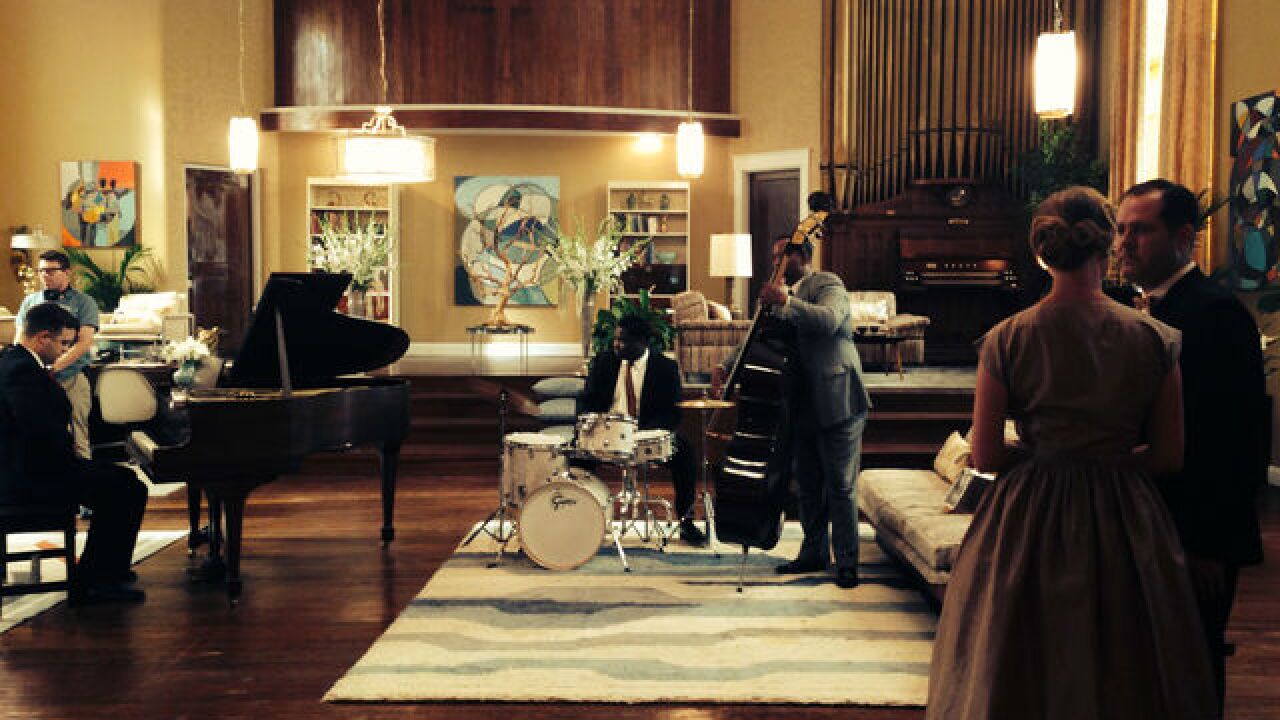 Cincinnati is well disguised in “Miles Ahead."

The movie makes the city look like New York partly by not showing too much of it.

When scenes take place inside a car, the streets outside are blurred and indistinct. When characters move on foot down streets and alleys, the camera stays close to them so most of the background is unidentifiable.

The tactic serves both the practical needs of the Don Cheadle movie inspired by late jazz giant Miles Davis and its otherworldly approach to storytelling. Like the main character, the city feels a little disconnected from real life.

Production designer Hannah Beachler noted that a vacant storefront on the 1400 block of Main Street was made to look like a jazz club in Greenwich Village in the 1950s that may or may not have been the legendary Village Vanguard. Earlier dialogue suggests that it is, but Beachler said for the Davis character it is not so clear-cut.

The club appears in a flashback, so “we blurred lines of his memory whether it was the Vanguard or Birdland or one of thousands of other places he played,” she said.

“The awning was sort of the big tell because the Vanguard had a red awning; Birdland had a black awning. We took the color from one, but the style from the other. It was him trying to work that out in his mind.”

Still, locals will recognize key sites: the landmark Cincinnati Bell building that stands in for CBS and Columbia Records headquarters; the humble Wilkymacky Alley (which may just be the single most-used movie location in Over-the-Rhine); and the dramatic domed interior of the still-unrehabbed sanctuary of The Monastery building in Mount Adams, which is owned by Towne Properties.

“The Monastery is such a gorgeous space, so fantastic,” Beachler said. “We saw it and said, 'We'll have to make this work.' The people who own that building really worked with us.”

She said the owners assisted with technical issues such as hanging lights and blacking out windows: “There was a lot of community help on that.”

Other local spaces on display include an office and elevator in Carew Tower that double as the office of Davis' record company, as well as the exterior of Prince of Peace Lutheran Church on Race Street. It plays the role of Davis' home from the outside. It is a key site, because that is where Davis first meets Dave Brill, a writer played by Ewan McGregor.

The production traveled beyond the city, too: An old studio in Dayton provides a perfect retro setting for an elaborate recording session.

The production crew paid close attention to details. Fire hydrants were painted black and silver, for example, to match the colors in New York City during the era when the film takes place.

Beachler said it took some clever camera work to capture period details of historical blocks in Over-the-Rhine while avoiding the new, modern-looking buildings now sprouting in the neighborhood.

“We were shooting outside a pawn shop, and right across the street is a brand-new super contemporary loft space,” she said. (That contemporary building is the Gateway Condominiums site.)

It was worth the effort, Beachler said: “Vine Street has beautiful textures. You couldn't pay enough money to get that” elsewhere.

Cincinnati contributed to the authentic interior scenes, too, Beacher said. The former Oakley Presbyterian Church-turned-home that served as Davis' house (for some time, he lived in a converted church in New York) was decorated with precise detail, and much of the set dressing came from local dealers.

“There were so many cool, great vendors that had stuff from the '70s,” Beachler said.

Beachler, who attended University of Cincinnati's College of Design, Architecture, Art and Planning before graduating from Wright State University, was not able to attend the “Miles Ahead” gala premiere at the Esquire in March; she was in Los Angeles working on her next production design assignment, “Black Panther.” But the production designer is very happy with the finished film and the role that Cincinnati played in its making.

“It was a lot of hard work," she said. "But it ended up feeling the way we intended it to feel.”

“Miles Ahead” opens in Cincinnati on Friday at the Esquire Theatre.