You'll have to buy those elsewhere 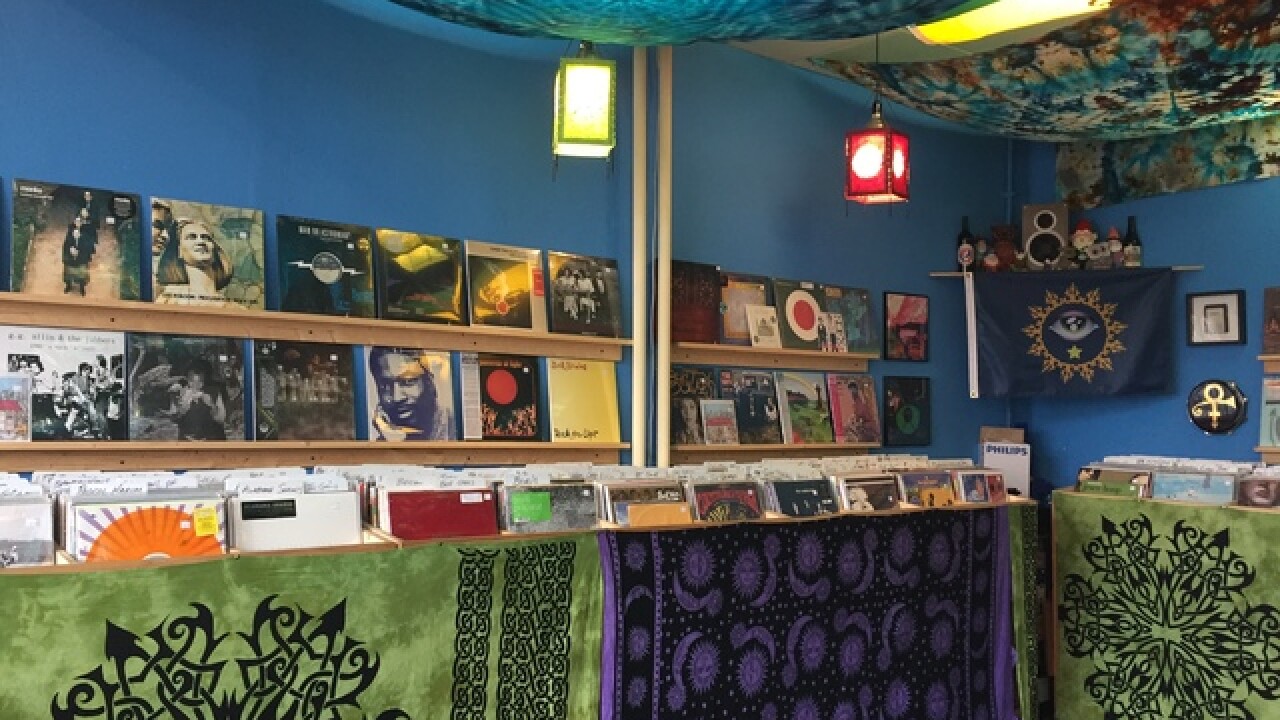 Copyright 2017 Scripps Media, Inc. All rights reserved. This material may not be published, broadcast, rewritten, or redistributed.
Hillary Copsey | WCPO contributor
<p>MetaModern Music has a psychedelic vibe, but without being too "wacko."</p> 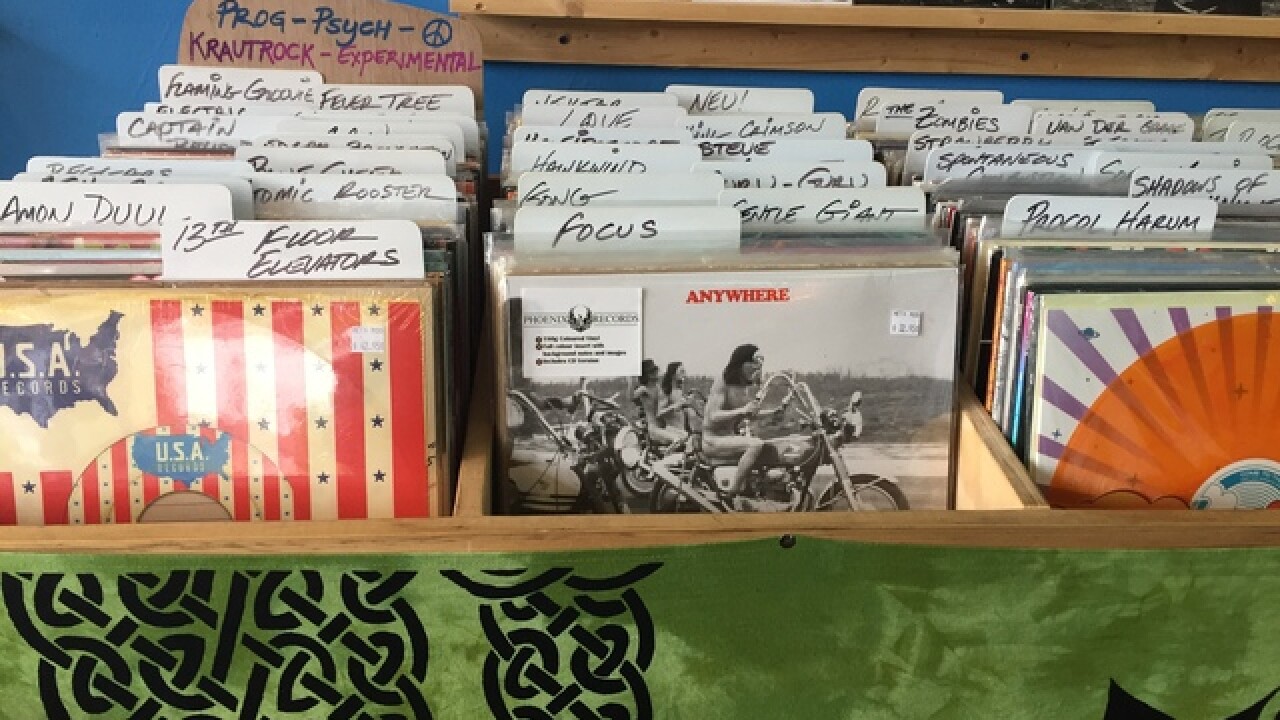 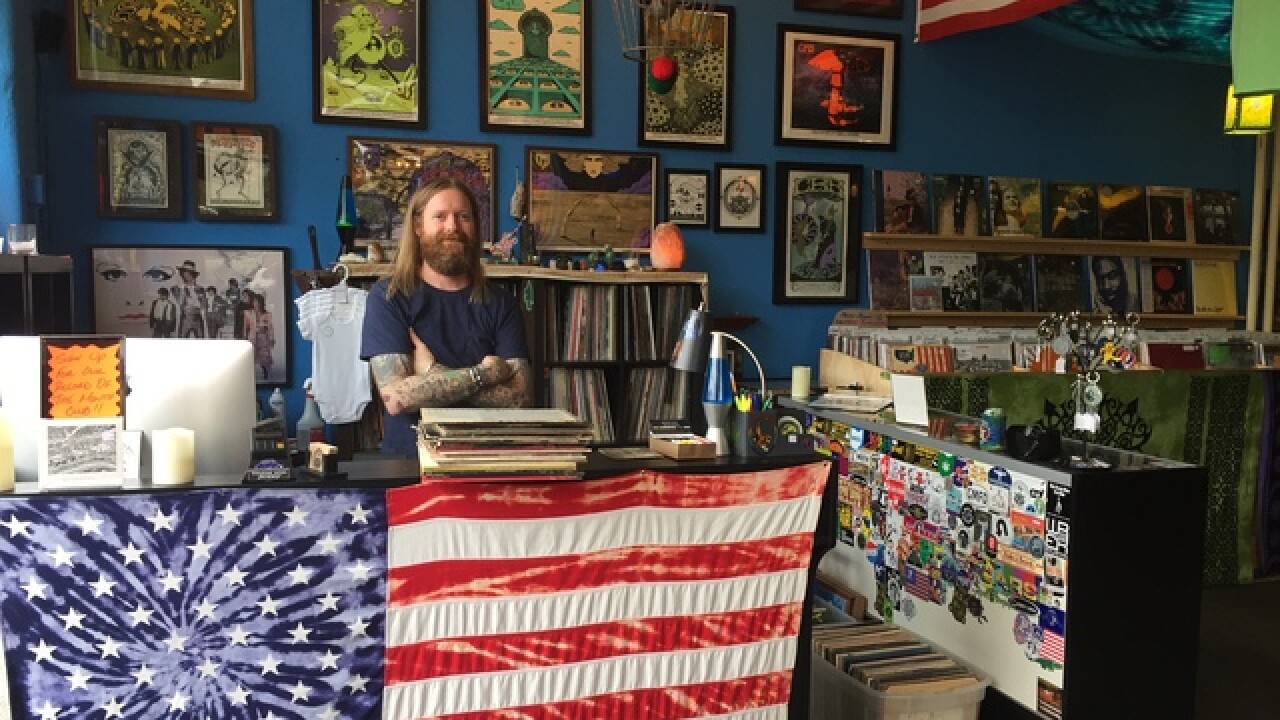 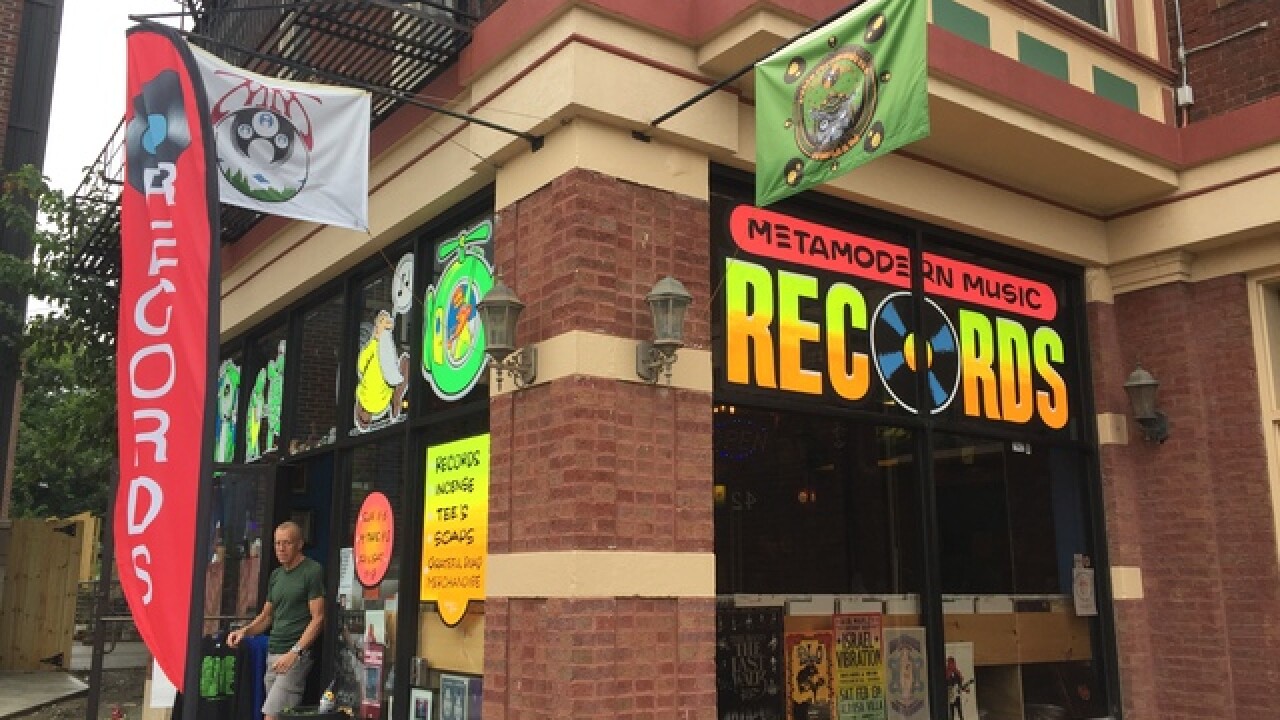 CINCINNATI -- The city has another new record store, and Markbreit and Madison in Oakley is feeling a little more like Haight and Ashbury.

MetaModern Music opened June 13 at 2942 Markbreit Ave. in the building just across from 20th Century Theater. The shop is covered in tie-dyed tapestries and filled with crates of records, with more inventory coming in everyday. There are new releases and classics, new and used records, and three rows of owner J.C. Connor's favorites: "There's some really bizarre stuff in there."

Concert posters and T-shirts, stickers and patches, and little figurines -- owls and gnomes and mushrooms -- round out the stock. Window paintings that Connor describes as purposefully weird cover the windows in can't-miss neon colors.

"I've always had an infatuation with the late '60s-'70s psychedelic hippie movement thing in San Francisco," Connor said. "When I lived in San Francisco, I saw the standard head shops disappearing. Record stores were just boxes; they didn't have an aesthetic. They were just records and that's it.

"I wanted to have a record shop that had that psychedelic kind of feel -- without selling bongs," Connor said. "I'll let someone else handle that. There's more to a record store than just records."

Not too left-wing, not too right-wing

Connor, 40, grew up in Kenwood, spending his time and money at one of Cincinnati's oldest record stores, Everybody's Records in Pleasant Ridge. He never made music -- "I'm musically stupid" -- but he loved listening to music, flipping through the records, finding new artists. Eventually, he found himself in San Francisco, working a job he didn't love and spending all his money at record stores on the weekends.

"I had records stashed in closets, everywhere," Connor said.

His mother-in-law suggested he should open a record shop. He brushed off the idea as impossible, not least because of the sky-high costs of San Francisco real estate. But six months later, he found himself in Woodstock, Georgia, where a Cincinnati friend had relocated, opening the first iteration of MetaModern Music.

But two years later, Connor and his wife, artist Lacey Haslam, decided to move back to Cincinnati, closer to family and friends.

"Georgia is so right-wing, conservative, wacko. San Francisco is so left-wing wacko in its own way. This is kind of a nice middle ground," Connor said. "The thing about Cincinnati and the Midwest in general is it's just regular people, good-hearted, not a lot of ego, working hard."

Record stores abound in Greater Cincinnati and Northern Kentucky. The website for National Record Store Day lists 10 participating stores in the region, and Darren Blase, who opened Shake It Records in Northside in 1999, puts the count at 17, if you include stores that sell used records.

"It's a lot. The majority of cities this size have three," Blase said. "It's two things: It's affordable here, and there's a strong underlying music culture."

Like Connor, Blase grew up spending time and money at Everybody's Records, which opened in 1978. Now he sells records to collectors who first sold to him.

"We all know each other. It's all the same group of guys. It's friendly competition," Blase said. "I love having that many stores. It just makes us work all that much harder."

Greater Cincinnati's real estate prices aren't as high as other cities, such as Nashville or Chicago, Blase said, so shop owners can afford to hang on to merchandise longer and serve a smaller customer base. Each record store can serve its own neighborhood, and for serious music fans, each store has its own vibe and specialty that brings people in. While Connor aims for the psychedelic vibe at MetaModern and stocks only vinyl, Shake It Records' business is equal parts CDs and records.

Connor specifically chose to open MetaModern in Oakley to build a clientele among the young professionals hanging out at MadTree Brewing and local bars, but also because the neighborhood was far enough away from existing record stores like Shake It.