Meet the most powerful voting bloc in the nation: suburban women 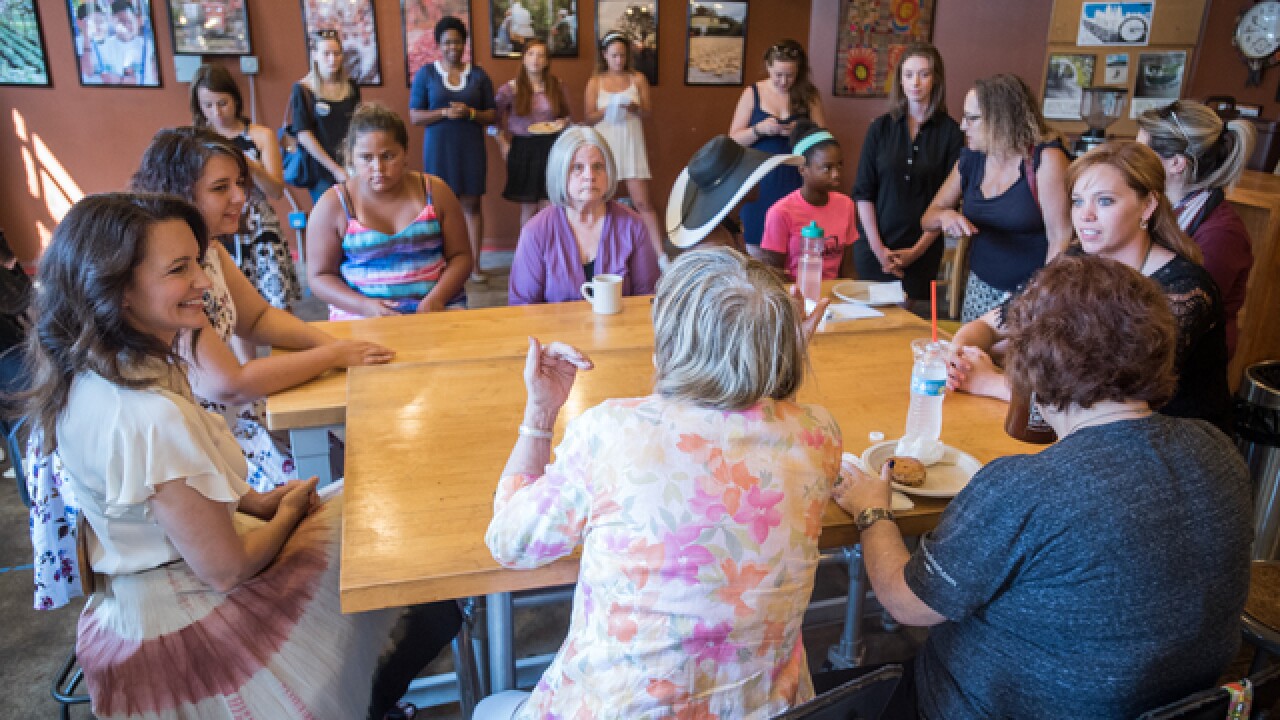 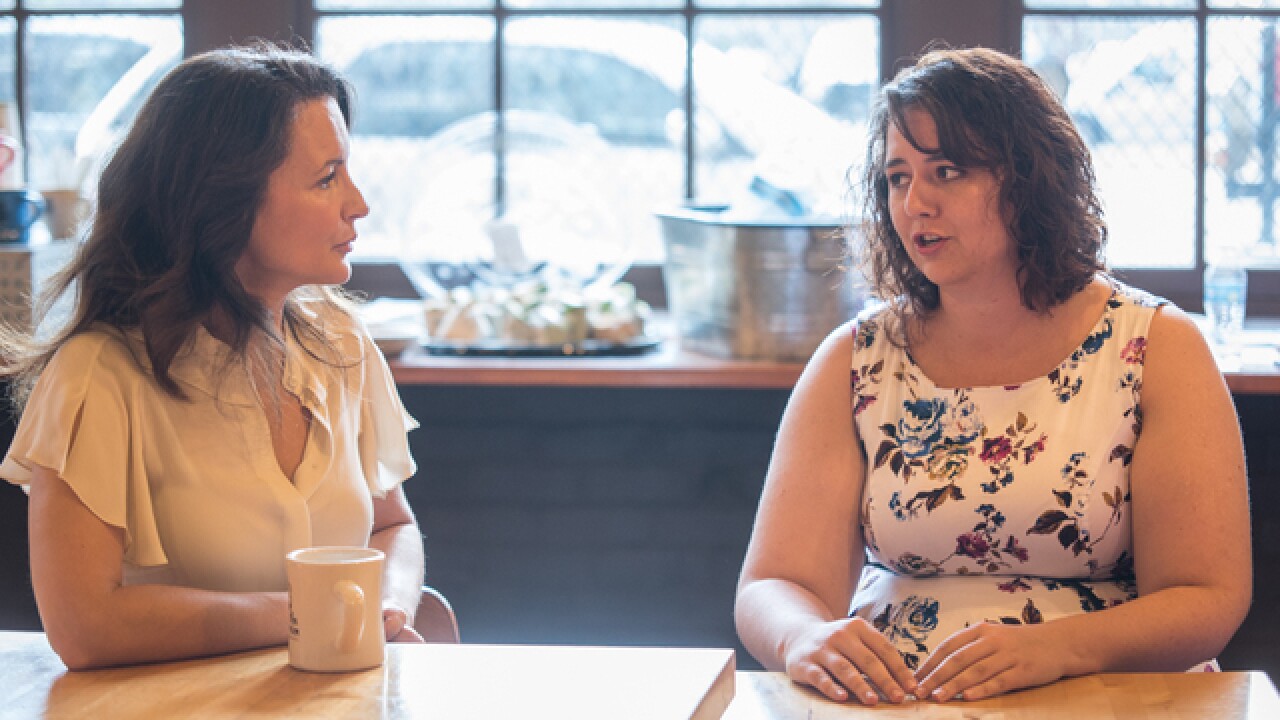 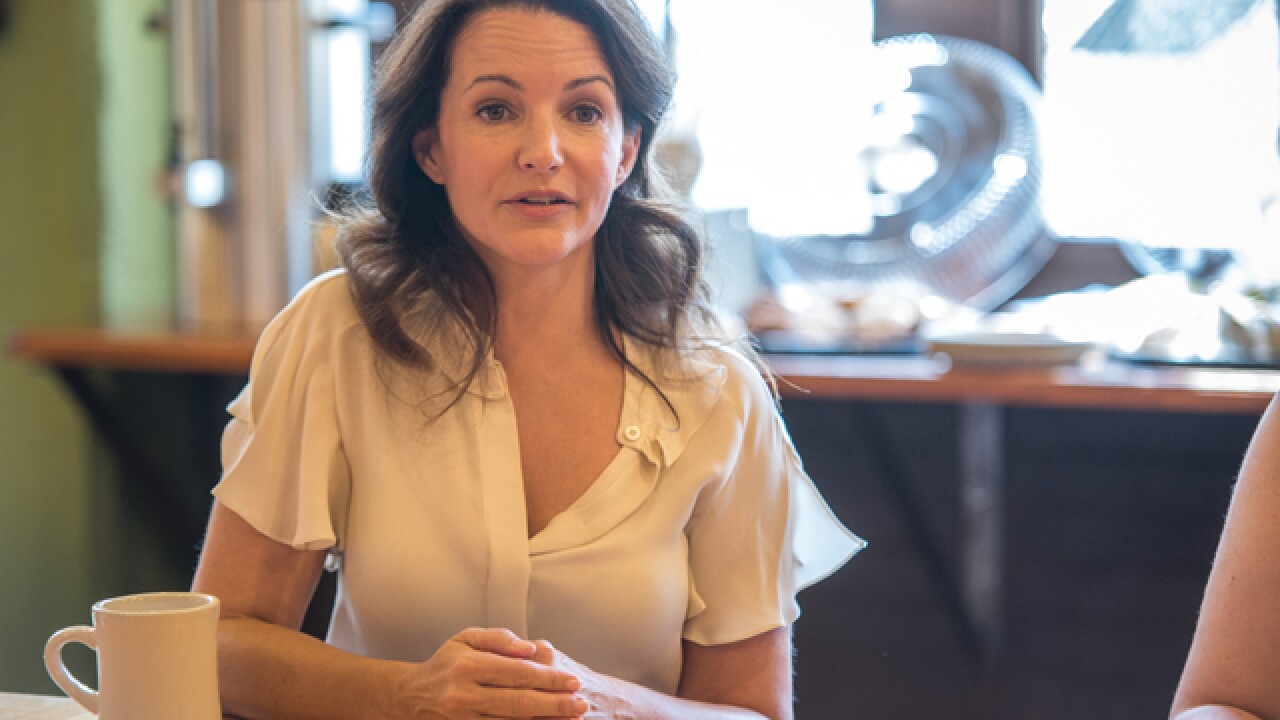 CINCINNATI -- The political conversation at a Cincinnati coffee house on Thursday brought Becky Finnigan to tears.

“It’s actually terrorizing to think about not having children because it’s so scary to raise them with Donald Trump as president,” said Finnigan, a geologist from Northside who just got married, and is thinking about getting pregnant.

To an outsider who noticed Finnigan and a dozen other women sitting around a table at Coffee Emporium, it may have looked like a meeting of a book club or a mom’s group.

But it was, in fact, a highly targeted event by the Hillary Clinton presidential campaign designed to reach a key voting bloc: suburban women in Ohio.

Finnigan had come to see former Sex and the City actress Kristin Davis, who is campaigning for Clinton. Meanwhile former Olympic ice skater Michelle Kwan held a similar women’s event for Clinton on Thursday in nearby Dayton.

“They’re an important group and she’s pursuing them very hard,” said Jennifer Duffy, senior editor at the nonpartisan Cook Political Report.  “She has problems with younger women, so it’s interesting that she is using surrogates in Ohio that millennials can relate to.”

Donald Trump’s support among Republican women has slid 13 percentage points since the July nominating conventions, according to new polls conducted by The New York Times and CBS News.

In late July, 72 percent of GOP women said they support Trump. While that is still a big majority, the Times noted that GOP women liked the three previous Republican presidential nominees much better than Trump at the same point in the election season: with Mitt Romney at 93-percent support in 2012; John McCain at 89 percent in 2008; and George W. Bush at 93 percent in 2004.

“Democrats have been winning women and losing men for a generation,” said University of Cincinnati political science professor David Niven. “This year is even more pronounced, not only because the Democrats have the first woman candidate, but because the Republicans are running with a candidate who is all anger and sharp edges.”

Especially important to Clinton are white suburban college-educated women, who may have voted Republican in the past, but aren’t impressed with Trump.

These women aren’t hardcore partisan voters, although they may lean one way or another depending on the election, said Bryan Marshall, assistant chair of Miami University’s political science department.

“That group of women voters is going to be very critical in this presidential election and also here in Ohio,” Marshall said.

Women care most about the economy and jobs, higher education and student loans, retirement savings and caring for aging parents, and issues such as wage inequality and family leave.

“I would say in general, its all about their families and the well-being and future of their families,” said Anne Sesler, a political consultant at Government Strategies Group. “Because we have so much responsibility for our families … that’s the important thing.”

But the overwhelming feeling seemed to be fear of what a Trump presidency would mean for children.

“We tell our children if you can’t say something nice, don’t say anything at all … it’s not nice to say mean and evil things about people,” said Tonya Dumas of Walnut Hills, who brought two 12-year-old girls with her.

Davis won’t turn on election coverage in front of her 5-year-old daughter.

“The idea that we wouldn’t have a president who you could point to and say to a little child, ‘This is someone you could look up to,’” Davis said, is frightening.

Carol Johnston, a retired high school teacher from Lexington, made the 90-minute drive to Cincinnati to meet Davis and get information on how to volunteer for Clinton.

“I want to put my effort where it will make a difference,” Johnston said. “Western Hamilton County and also the Philadelphia suburbs are the most important places in the country.”

Davis reiterated the importance of Ohio, and Hamilton County, many times during her hour-long event.

“Ohio is a really, really important state,” Davis said. “You guys could change the course of history … people are looking to you to see how you feel and what issues are important to you and how you’re going to vote.”

Suburban women have a recent history of helping to put presidential nominees -- both Republican and Democrat -- in the White House. In 2004, President George W. Bush helped to win over some married women raising families, dubbed "Security Moms," who were uneasy over recent terrorist attacks. And, in the last two elections, women helped propel President Barack Obama to victory, although he struggled with the suburban female voting bloc.

The Clinton campaign is hoping to pick up votes among those women in suburban Hamilton County, where women make up 52 percent of the population, as well as the traditional Republican strongholds of Butler, Warren and Clermont counties.

“If the Republicans can’t do big margins in those counties, they will lose the election. They know that and we know that,” said Ohio Democratic Party Chair David Pepper.

Because Trump is largely unpopular with women, he is likely to lose their vote, Pepper said.

“In every possible way that he could demean women - he has,” Pepper said. “That’s a huge vulnerability when he’s running against the first woman president.”

Clinton recently widened her lead over Trump in Ohio, (she now leads 49 to 45 points) based on her strength among women.

A new Quinnipiac University poll shows that 54 percent of Ohio women plan to vote for Clinton, while 39 percent will support Trump. By contrast, Trump has the edge among men, but by a smaller margin, 51 to 43 percent.

Others running for lower level races in Ohio are also seeking the powerful women vote.

In the Hamilton County Commission race between Denise Driehaus and Denise Deters, Republicans plan to campaign hard for a certain swing voter.

“It’s the Hyde Park mother of two – dad was probably Republican, (she) probably voted for Obama but isn’t thrilled – between the age of 35 to 45,” said Alex Triantafilou, the Hamilton County Republican Chairman.

Political insiders describe suburban women as more likely to be persuaded by a candidate’s issues or talking points. On one hand, Democrats and Republicans can't count on them to simply vote down the party line on Election Day. On the other, that means candidates at every level feel emboldened to campaign for their vote.

“There’s a certain open-mindedness in that demographic,” Alex Linser, the campaign manager for Driehaus said of suburban women. “They care about the issues and actually care about what the candidate says.”