UC-aided effort could get FDA approval by 2019 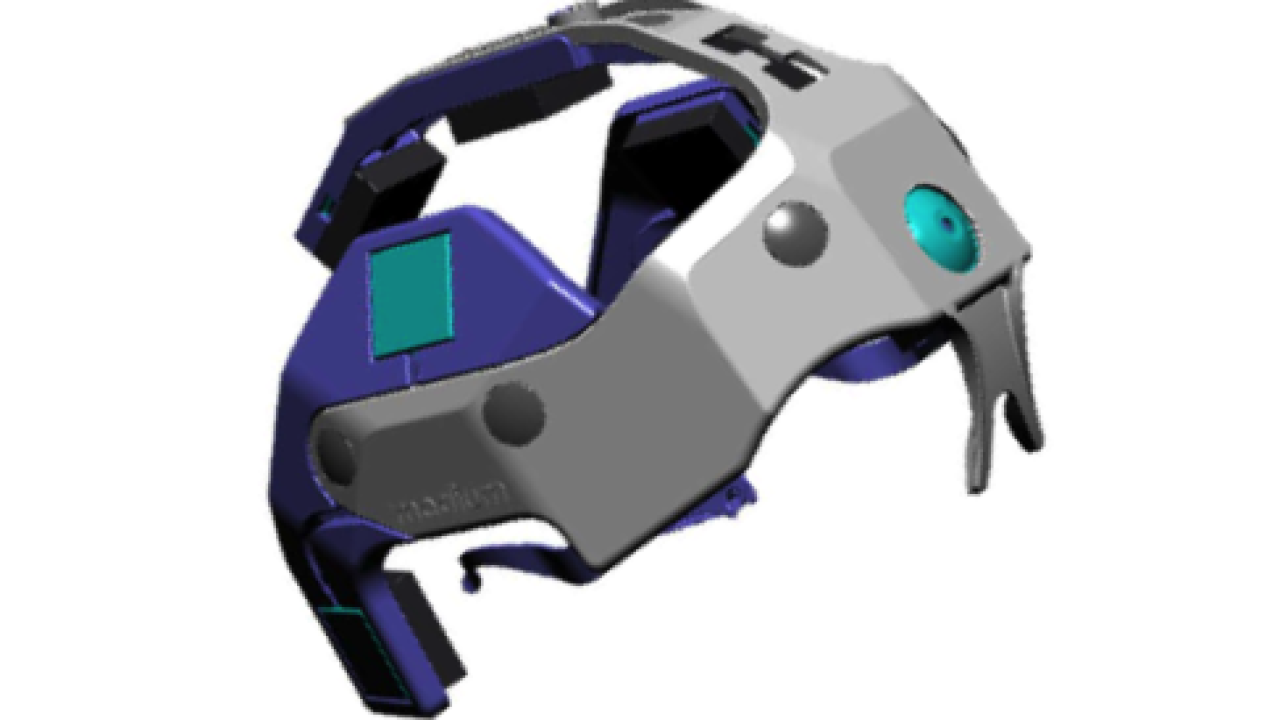 Contributed
<p>A prototype of a headset that will be worn by patients at risk of brain hemorrhages. The Sense Diagnostics headset will be fitted with nine antenna that send and receive radio frequencies to detect and locate brain bleeds.</p> 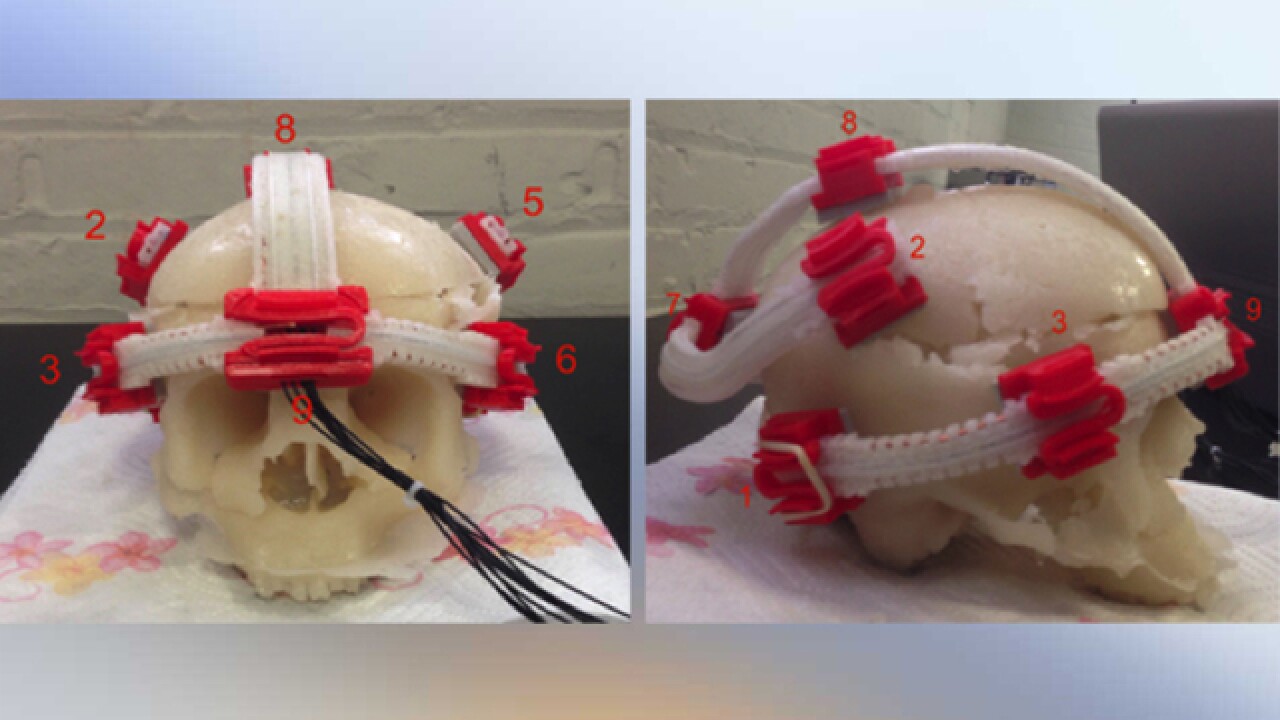 CINCINNATI -- CT scans and MRI machines are the primary tools doctors use to detect brain bleeds among patients that have suffered strokes and traumatic brain injuries. But access to those machines is often limited by demand.

That means priority goes to patients that are exhibiting symptoms of a brain bleed. A patient’s responses to a series of questions meant to detect cognitive impairment can signal when a scan is required. But by the time a patient’s answers reveal that something is wrong, it usually means that a bleed in the brain is already causing damage.

“It’s the best we can do today,” said Dan Kincaid, CEO of Sense Diagnostics. “The problem with that approach is by the time your outward responses deteriorate, a lot of the brain damage has already occurred. It’s really an after-the-fact way of finding a brain bleed.”

A medical equipment startup at the HCDC Business Center, Sense Diagnostics is developing technology that could detect a brain bleed when it starts. If the company successfully navigates the Food and Drug Administration’s approval process, its “true early warning system,” as Kincaid calls it, could minimize brain damage caused by brain bleeds, save hospitals money and ultimately save lives.

“The longer their brain bleeds, the more brain damage is done, the worse their outcome.”

A team of four doctors at the University of Cincinnati invented the technology that Sense Diagnostics is developing, which uses radio frequency sensors to detect changes in the brain. What started as a two-antenna system that sends and receives radio frequencies back and forth has been developed by Sense Diagnostics into a nine-antenna array that provides 72 data points per scan. In experiments on pigs and artificial brains made of a special gel, the nine-antenna system demonstrated the ability to detect a bleed as small as 1 milliliter.

“One milliliter in your frontal or parietal lobe may not be as important as a 1 milliliter bleed in your thalamus, where you have a lot of critical structures in the brain there,” said Joseph Korfhagen, the company’s director of research and development. “Location’s very important.”

Korfhagen has been working with the RF technology since 2010, when he decided to make it his dissertation project for his Ph.D. in neuroscience. Korfhagen had plenty of other offers when he graduated from UC, but the chance to continue his work with the technology professionally was too good to pass up.

“I think that this technology can really help a lot of people,” Korfhagen said. “I think it’s a really important technology, and that’s what’s driving me to see it through.”

And there are certainly a lot of people that could benefit. According to the Centers for Disease Control and Prevention, traumatic brain injuries (TBI) contributed to 30 percent of all injury deaths in 2010. That year, about 2.5 million emergency department visits, hospitalizations or deaths were associated with TBI.

Brain hemorrhages aren’t limited to TBI patients. Each year, about 800,000 people suffer strokes in the U.S., and about 13 percent are hemorrhagic.

All told, Kincaid estimates the overall market for this product to be about $1.8 billion per year. He’s not counting on cornering the market, but he’d be happy with a percentage of that.

UC would likely be happy with that, as well. Sense and UC’s Technology Commercialization Accelerator have an agreement in place in which Sense receives a license to use the university’s intellectual property in exchange for equity in the company and future royalties.

During the summer, Sense received a $750,000 grant from the National Science Institute. That money will help pay for FDA application fees and future product development.

The company’s founders hope to begin a 10-person human clinical trial next month. That hinges on FDA approval, but the NSI grant is a strong clue that it will be granted. If all goes well, a larger, more expansive human trial could begin next fall, and ultimately the product could receive full FDA approval by early 2019.