McK's Chicks in Covington offers up late-night bites -- but local diners love it, too 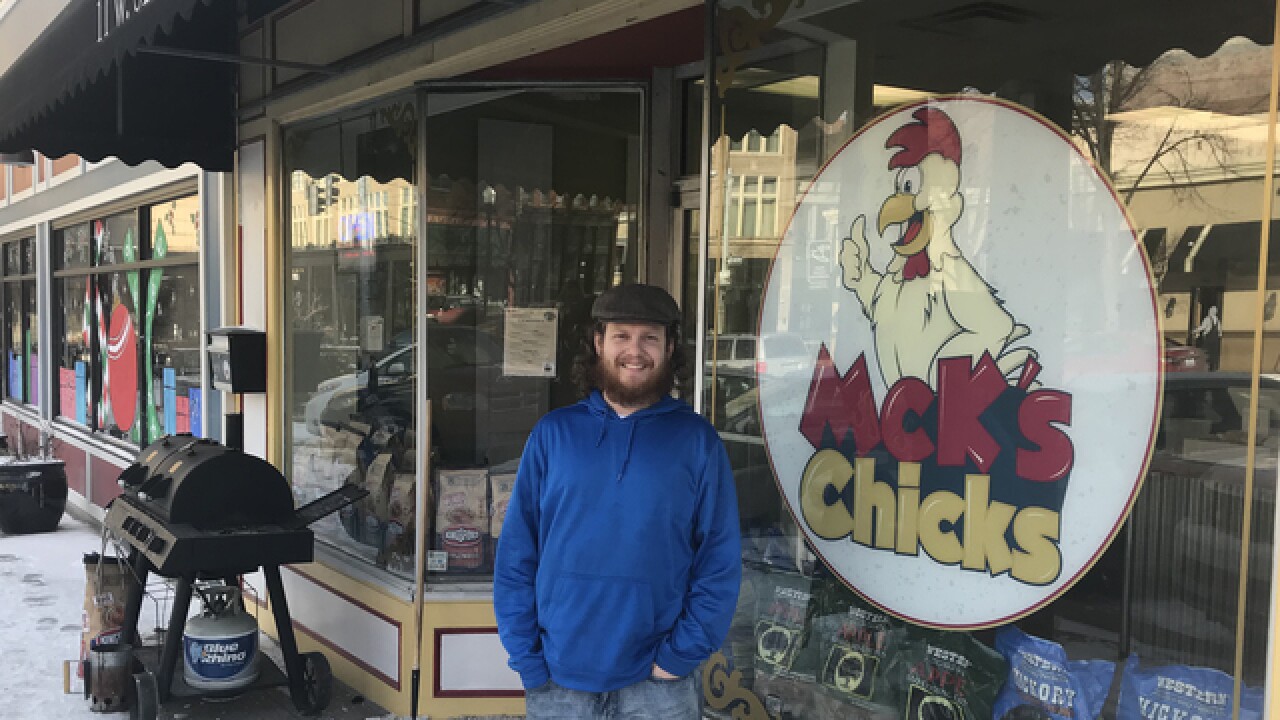 COVINGTON, Ky. -- Northern Kentucky has a new barbecue joint, and for those on the hunt for some seriously slow-cooked meats, the smoker marks the spot.

McK's Chicks, which opened in November, is downtown Covington's only dedicated barbecue-only restaurant, said owner Gregg McKinstry, and it fills a niche, too, with both the local and late-night crowds. Both Braxton Brewing and Hotel Covington are just steps away from his spot on 11 W. Seventh St., where he routinely sets his smoker outside.

It's proved way more effective than any billboard.

"It's the psychology of it," McKinstry said. "Having that outside, people smell the smoke and start getting hungry. And people are saying, 'Your stuff is so much better than anything else I've ever had.' "

McKinstry has worked in restaurants since age 14 -- he's now 33 -- from low-brow local spots to white-cloth establishments such as the former Oceanaire Seafood Room on Walnut Street in Cincinnati, where he was executive sous chef. He attended culinary school at Le Cordon Bleu in Las Vegas.

"It was always one of those things, (wanting) to open my own place," he said. "I finally thought, 'You know what? Might as well make the leap.' I thought Covington needed it. I see the area growing, and, to me, it was the right place, right time."

His menu is limited, and so is the restaurant in terms of space. There's only seating for about eight. However, the food options are solid. There's barbecue chicken, spicy chicken, brisket chili, sliders, nachos, clam chowder and shark -- yes, shark -- tacos. The pork sandwich is among the most popular items, as is the brisket, McKinstry's personal favorite.

Prices start at $5.99 and include sauces on the side that run the gamut of styles, from Kansas to Carolina to Texas.

McKinstry also serves ribs on occasion. A full slab is $19.99.

"I have a different twist and technique in my cooking processes -- just a little bit of everything that I've seen and done over the years -- and that seems to be showing through to the customers," he said. "We do get a lot of the Hotel Covington, Braxton Brewing crowd, but also an amazing amount of support from regular locals -- people who live in the area that are so excited that there's a barbecue place nearby."

Currently, McK's Chicks operates only weekend hours: Fridays from 6 p.m.-2 a.m., Saturdays from 11 a.m.-2 a.m. and Sundays from 11 a.m.-10 p.m. McKinstry still works full time at US Foods, but he hopes to offer consistent lunch hours in the near future.

"To me, barbecue's something most people don’t do at home -- they're afraid they'll mess it up -- so they're drawn to it when they go out," McKinstry said. "It's a fun thing."