Fun together: Mason closer to building a playground that's inviting for children of all abilities 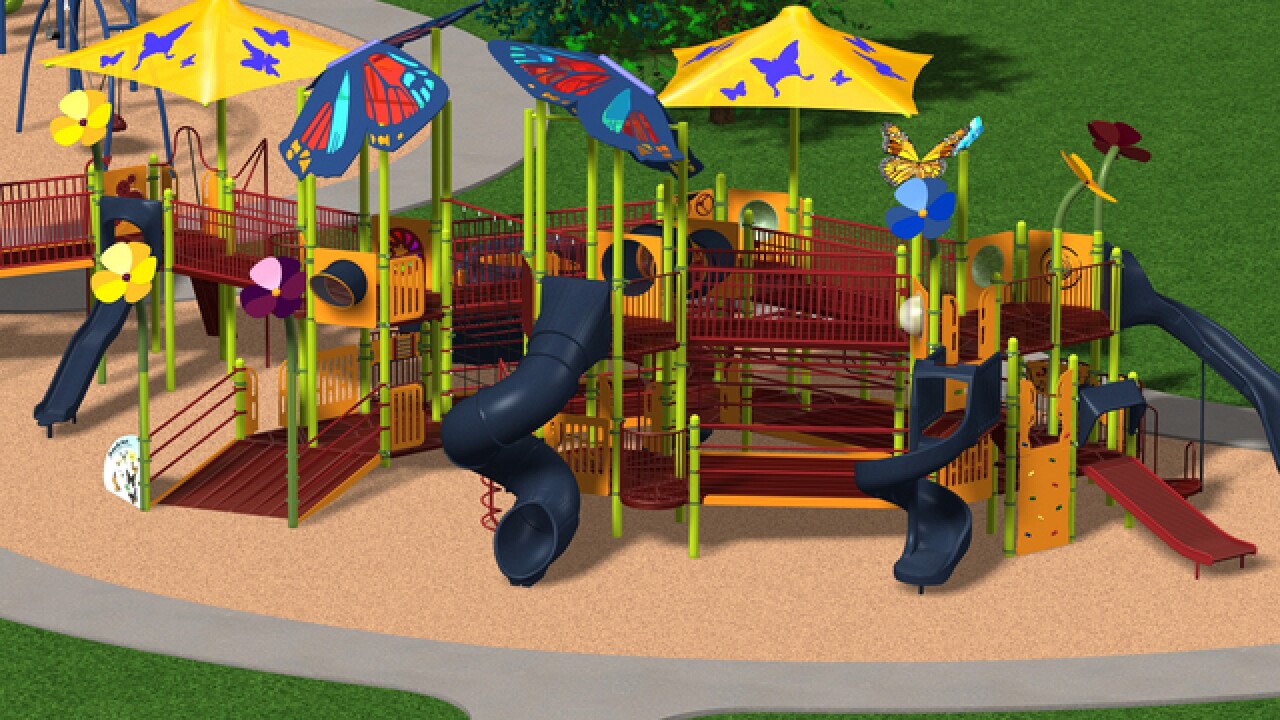 Copyright 2017 Scripps Media, Inc. All rights reserved. This material may not be published, broadcast, rewritten, or redistributed.
Contributed
<p>While construction on Common Ground Playground is some time off, foundation board members have a vision for it.</p>

MASON, Ohio -- City officials and park foundation board members are a step closer to building a long-planned playground designed to enable children with disabilities to play alongside their typically developing peers.

“We’ve generated quite a bit of momentum getting the project back out front and center,” said Ron Ferrell, who handles special projects for the Mason city manager’s office.

Common Ground playground is slated for construction just south of the U.S. 42 and Snider Road intersection. The building phase isn’t expected to take place for some time yet, but the commitments from the city and township could help speed up the process.

Mason Parks and Recreation Foundation board members are still in the process of raising the money to be matched. Once that’s complete, the funding raised by the board and matched by the municipalities will cover the first of four phases.

“This kind of idea is that, remove these barriers and … let the kids play,” said Rachel Kopfler, president of the foundation board.

The playground will have a fence around it and feature ramps and equipment adapted to accommodate children with physical disabilities.

“The equipment itself, there’s a lot of accessible pieces,” Kopfler said.

The plan also is to include some space where youths with sensory disorders can take breaks from playing.

Kopfler was inspired to build an inclusive playground in Mason after hearing about them at a conference in 2006. With five young children -- one of whom has a spinal cord defect -- she hoped for a playground that could accommodate their needs.

“There’s a lot of playgrounds in Mason, but I don’t think there are any like this,” Ferrell said.

Even as her children outgrew playgrounds, Kopfler saw how playing with his siblings helped her son overcome the obstacles of his disability. She wanted other kids to have similar opportunities.

“The playing itself is not as important as the playing with peers,” she said.

There are some other playgrounds in the region that some may describe as inclusive. However, there’s no checklist to establish qualifications for such a thing, so what seems inclusive to one person may not be for someone else.

Some key features, listed by companies that specialize in inclusive playgrounds, include cozy or quiet spaces, surfacing that’s easy to use with mobility devices and equipment that fosters independence.

One of the primary focuses for Common Ground playground is including equipment for individuals with disabilities, as well as their typically developing peers.

“You want it to be a place, too, where the siblings can go and enjoy it,” Kopfler said.

Kids aren’t the only people to account for. Adults with disabilities can face challenges taking their children or grandchildren to playgrounds as well.

Kopfler hopes to have $600,000 secured to begin excavation and ground work starting next year. The subsequent phases would follow as funds become available, with parking lot and restroom construction and eventually equipment installation and landscaping.

“It’s kind of getting all the infrastructure in place,” Kopfler said.