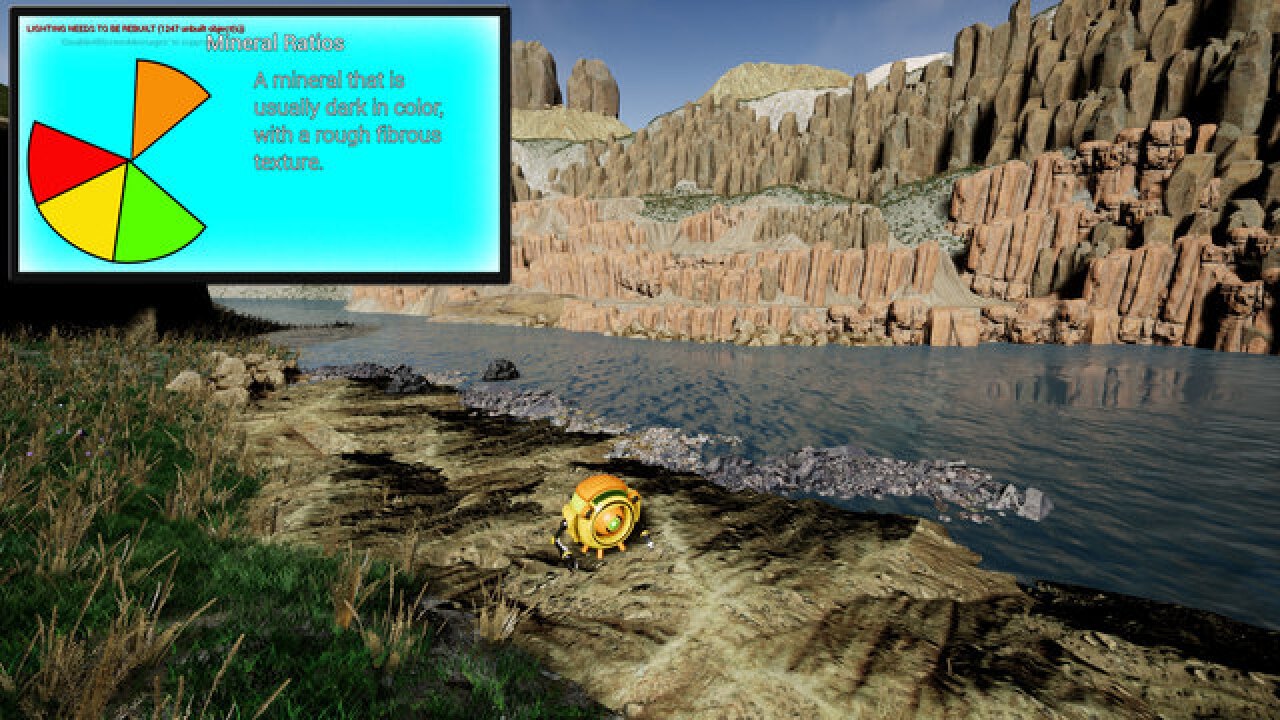 Copyright 2017 Scripps Media, Inc. All rights reserved. This material may not be published, broadcast, rewritten, or redistributed.
<p>A screenshot from “Mysteries of the Core” shows Rovy, the yellow remote operational vehicle that guides players through the game, beside a depiction of the Columbia River. </p> 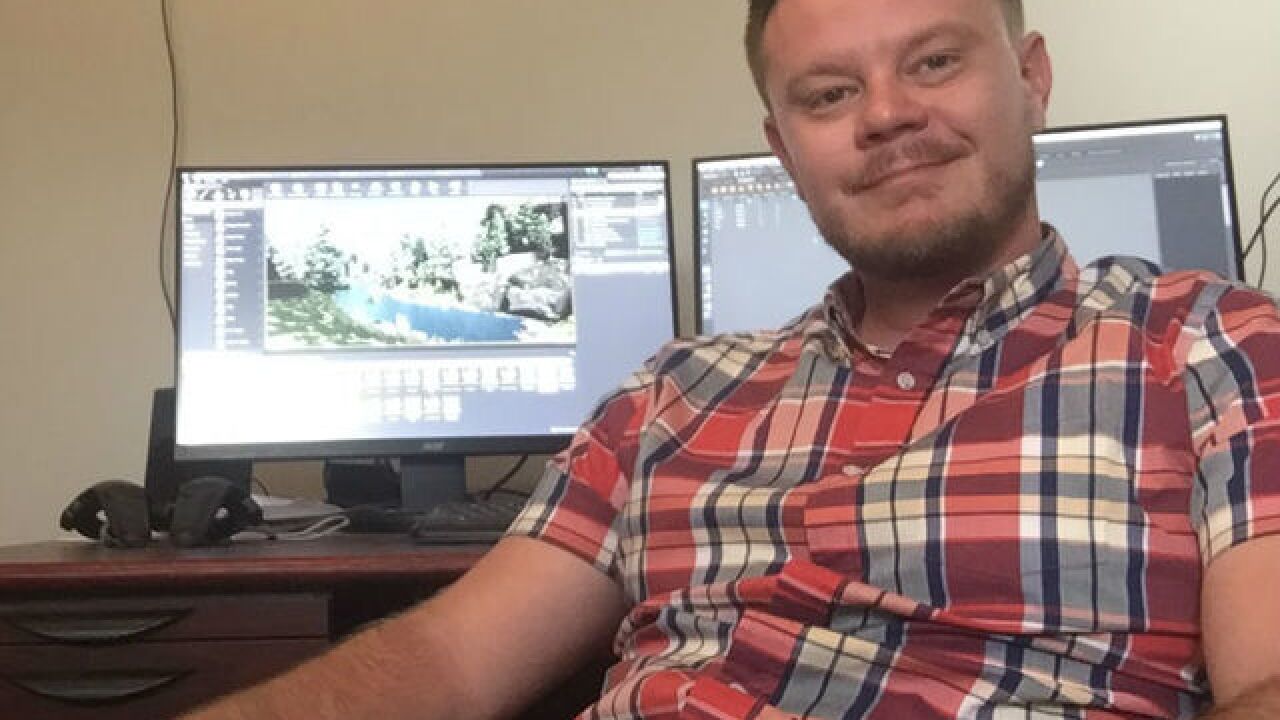 OXFORD, Ohio -- Would you play a video game in which you study core samples of river bottoms and use them to form hypotheses about the past?

Matthew Board hopes you would. He's making a suite of three such games as part of a traveling exhibit scheduled to make the rounds of museums, shopping malls and libraries throughout the country during the spring of 2019.

The so-called Pop Up, Drill Down Project is funded by the National Science Foundation to help get young, minority women living in rural areas interested in science.

Board is a full-time professor at Miami University, where he teaches students everything they need to know about making video games, including three-dimensional modeling, animation and motion capture.

In his spare time, the Cheviot resident runs Sleek Tiki Interactive LLC, the video game developer-for-hire business he created in 2010. Sleek Tiki was hired to complete the game "Mysteries of the Core" and two others by Chicago-based Ceisel & Associates Inc., the recipient of the National Science Foundation grant.

It's a game that involves observation, exploration and matching. For Board, it's a fun challenge because it's not based on fantasy, like many video games, but on facts -- specifically, the work of the International Ocean Discovery Program.

He's working on one scene that depicts the collapse of an ice dam that had created a glacial lake in Idaho. He's partnering with a geologist who has dedicated his life to studying this event, Board said, so that he can accurately depict the flora and fauna of the time.

Board has the patience it takes to get the science of the game correct, said Ceisel & Associates principal Patrice Ceisel. He also has an irresistible combination of coding and design skills. He also adds things such as "Rovy," a remote operational vehicle that guides players through the game and makes it more fun, she said.

In addition to the "Mysteries of the Core" project, Board's also working on an independent project, a game of his own design called "Kamodo Steve: Janitor on Fire." The main character is a physicist fired from his job who becomes a janitor in a chemical plant, where he discovers a conspiracy to hide the water pollution the plant produces.

A native of Marietta, Ohio, Board graduated from Northern Kentucky University in 2003 and earned a master of fine arts degree from the University of Cincinnati's College of Design, Art, Architecture and Planning. Originally a painter, he became interested in video game design in 2007, while he was living in Massachusetts.

One day, some friends decided to build and publish a game for the iPhone in 24 hours that they called "Super Ramen Brothers." One of those friends was Alex Schwartz, CEOwl of Owlchemy Labs, which recently sold to Google.

Schwartz said Board animated the main character and "stayed up all night with us just out of the sheer joy of being involved in the madness of this jam." Board even found someone who could do music for the game, Schwartz said, and "convinced them to join our crazy project."

Although he would never want to give up entirely on teaching, Board would like to see Sleek Tiki become a fully operational business that he could serve as creative director.

"Being able to put a whole game together by myself is something I really enjoy doing because you kind of shift through different ways of thinking," he said. "When you're programming, it's all about logic and kind of the elegance of logic. When you're 3D modeling, it's all about creativity, and working in a visual context. And those painting skills … I use them as well."