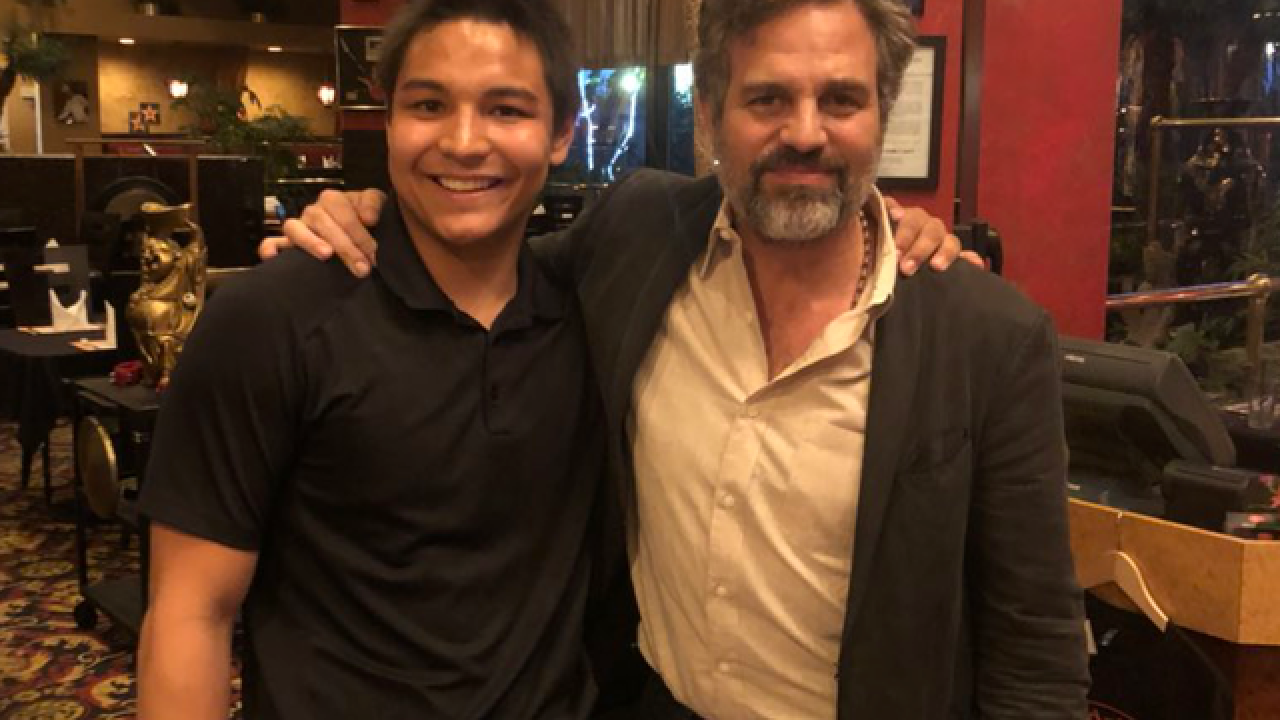 Copyright 2018 Scripps Media, Inc. All rights reserved. This material may not be published, broadcast, rewritten, or redistributed.
<p>Recent Covington Catholic High School graduate and employee at the Oriental Wok, Sammy Harmon got his picture taken with actor Mark Ruffalo. Harmon said Ruffalo ate dinner at the restaurant located at 317 Buttermilk Pike, Lakeside Park while he was working there Wednesday evening.</p> 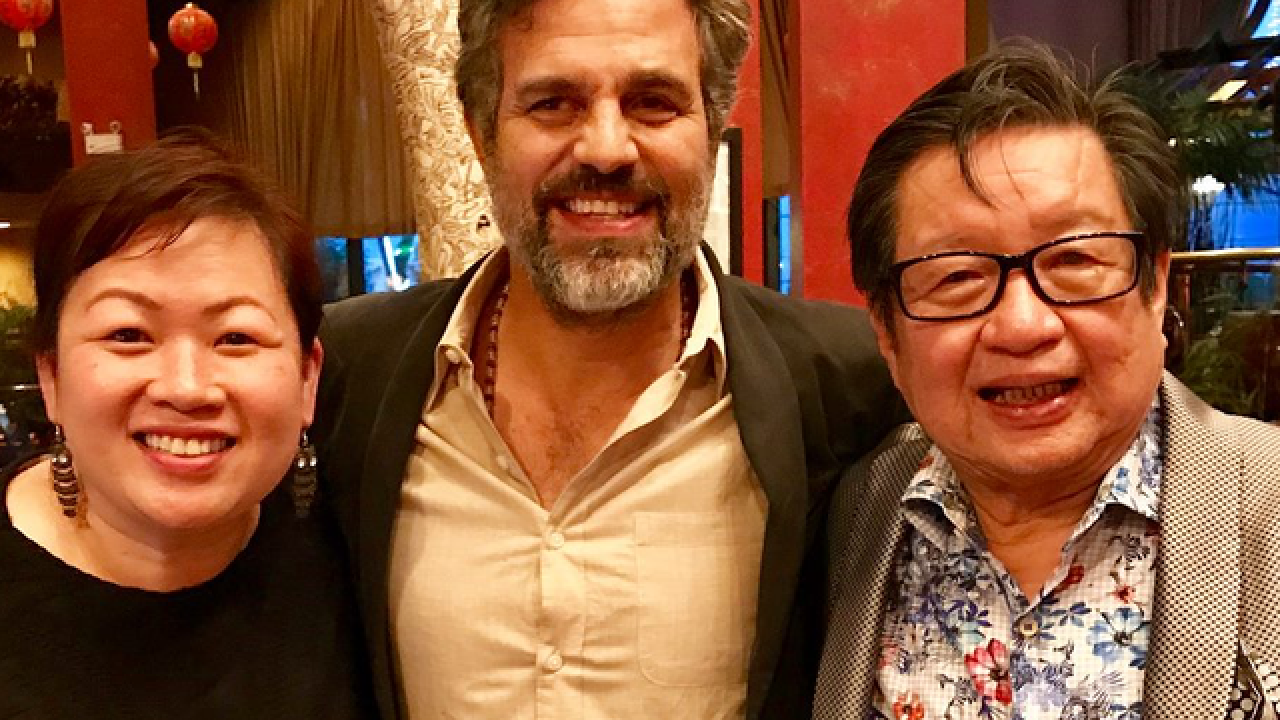 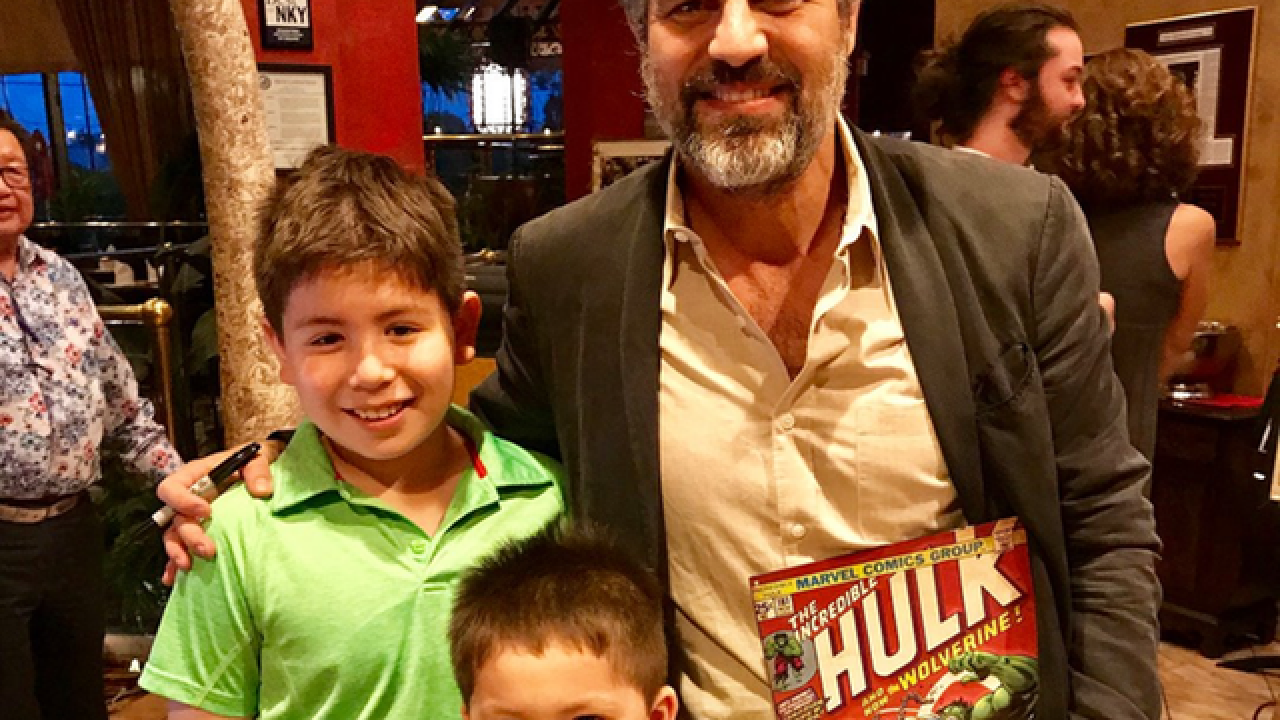 LAKESIDE PARK, Ky. – It's not every day Sammy Harmon goes to work at Oriental Wok and meets a customer who could bench press a building if he gets irate.

"It was insane," said the 19-year-old, who recently graduated from Covington Catholic High School.

Harmon quickly added, "He actually was pretty cool to be around."

The customer Harmon met isn't actually that strong. But his character is.

Ruffalo most recently played the character in "Avengers: Infinity War," the third installment of the series.

Harmon said it was a total surprise when Ruffalo showed up at the business.

"I don't know why he was here," Harmon said. "I think he came in at seven and was there until nine."

Harmon said Ruffalo ate dinner with about nine other people. None of the Hulk's fellow Avengers, which include Thor, Iron Man, Captain America and Black Widow, were among Ruffalo's fellow patrons.

And unlike the second-to-last scene of the first Avengers' film, Ruffalo did not order a shwarma sandwich.

"I don't know what he ordered," Harmon said. "All I know was he was with the eight or nine other people and they got family style."

Oriental Wok co-owner Sussana Wong did not know why Ruffalo was in town either. She said he was very friendly.

"He was very gracious and took pictures with fans," she said.

Sussana And Michael Wong, along with children in the Wong Family, and Harmon each took photos with Ruffalo. Harmon said one of the owner's sons, an obvious fan of Ruffalo's work, received a signed memento from the actor.

"I think this was my first time getting to meet a major celebrity," Harmon said. "And for the most part, everyone kept their cool."