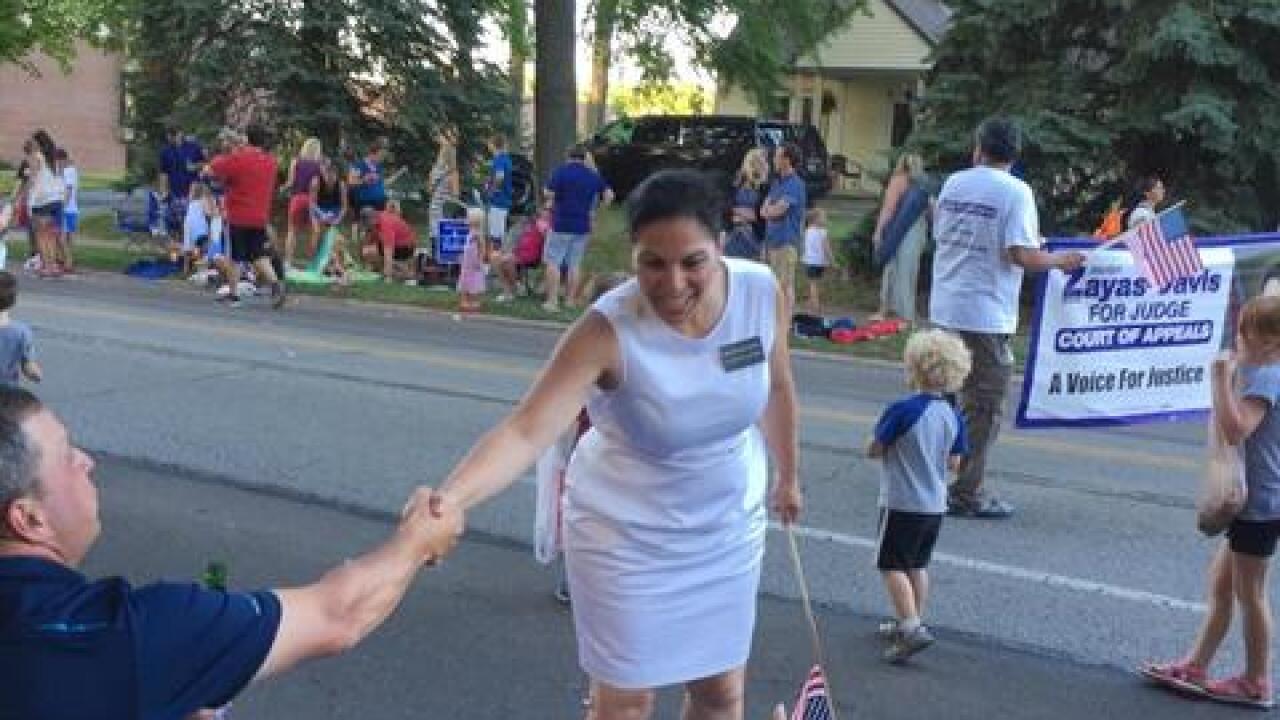 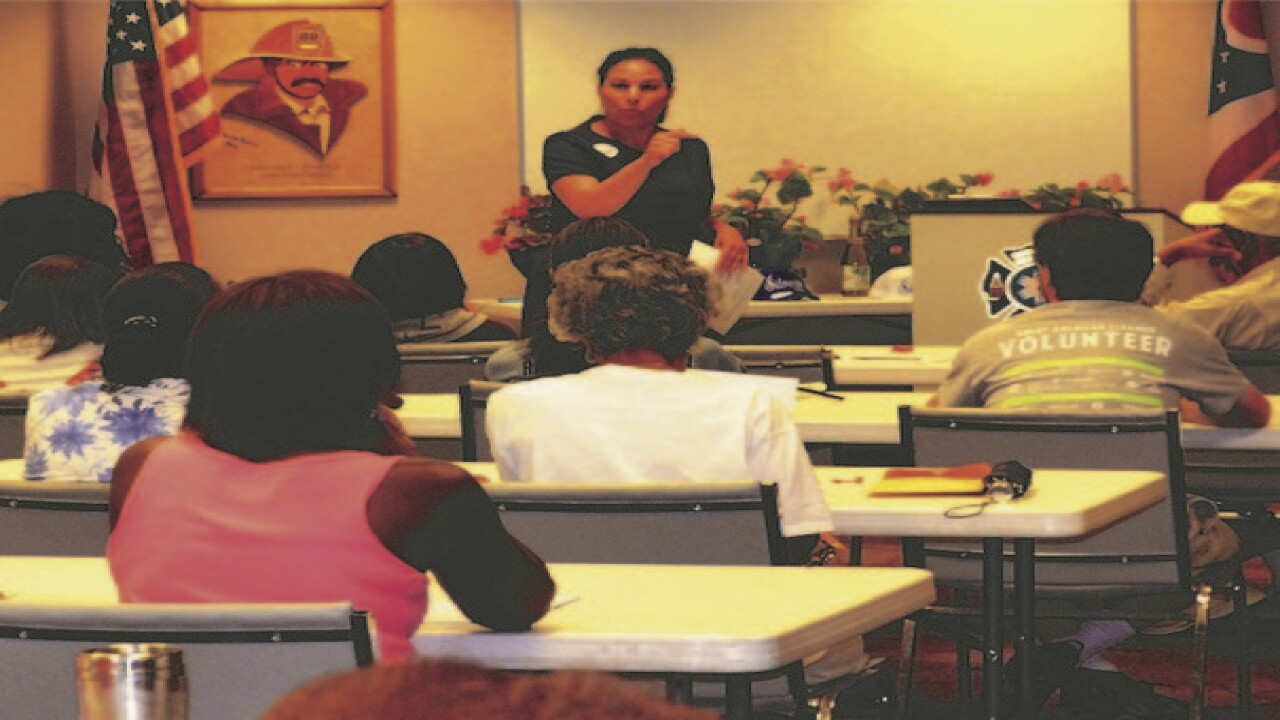 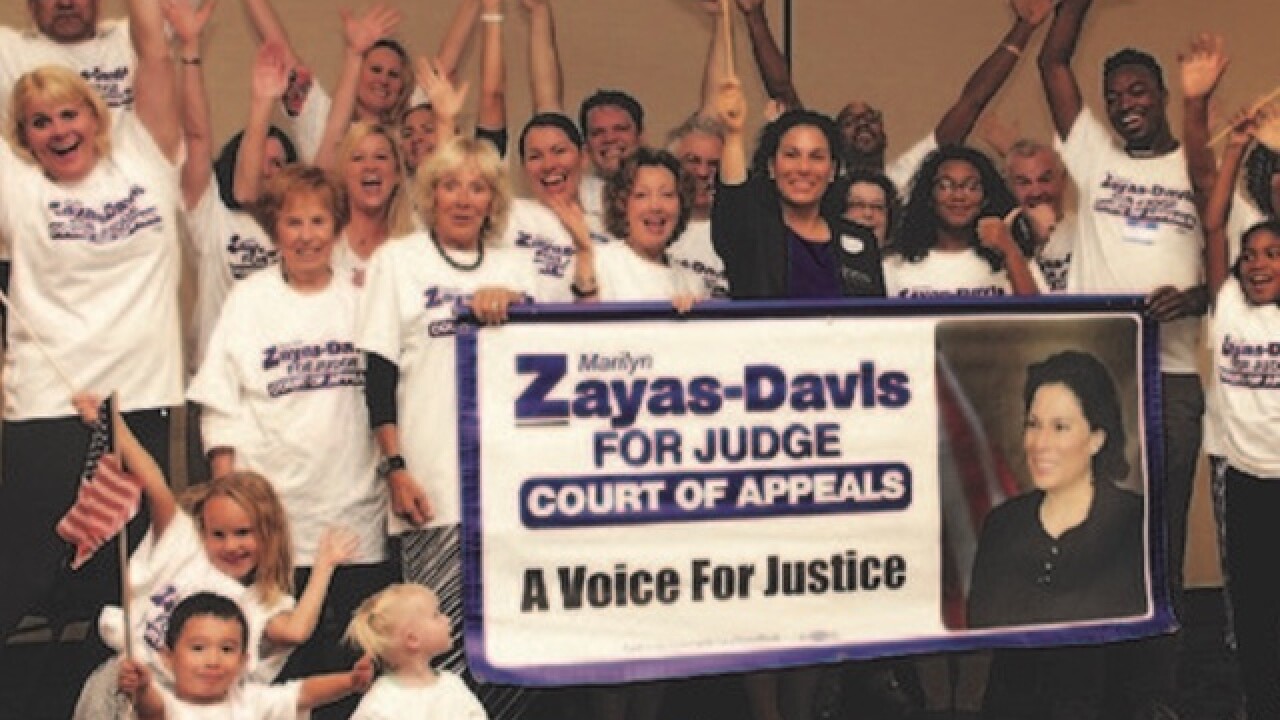 This story was originally published on Dec. 26. Zayas-Davis was sworn in Monday morning.

Editor's note: Originally this story reported that Marilyn Zayas-Davis was the first Latina judge in the state. Both the Ohio Commission of Latino Affairs and the Latino Chamber have reported that she is the first-ever judge. However, after the story published several readers supplied names of possible other judges who hold the distinction of being first. The Ohio Supreme Court doesn't keep records on this topic and other sources also could not confirm the original information. Therefore, we have adjust the story to remove the reference to her being the first Latina judge in Ohio.

CINCINNATI – Marilyn Zayas-Davis’ campaign for a judgeship in Hamilton County could give a campaign strategist a nightmare or two.

Hints of the 52-year-old’s New York accent come loose in conversation. She proudly talks of her work as an immigration lawyer and advocate, in a year when building walls and banning refugees became popular campaign mantras. She’s never run for office before this year and she's a Democrat in a county where Republicans – quite literally – rule the bench.

Then, there is her name, which is neither well known in Cincinnati nor succinct.

“I found out that was a negative,” Zayas-Davis said during an interview this month with WCPO. “There were people who thought, ‘There’s no way she’s going to win because she has a hyphenated name.’”

What might have looked bad on paper is what Zayas-Davis believes helped her defeat an incumbent Republican and win over Hamilton County’s voters to become a First District Court of Appeals judge and one of a handful of elected Latina judges in Ohio. Hamilton County Democrats have not defeated a sitting Republican for that seat since 2000.

Some hope Zayas-Davis will bring what they describe as much-needed diversity to Hamilton County’s courts. She will serve a partial term to the court before she’s up for re-election again in 2018.

“Her life experience is very different than anybody else on the bench,” said Tim Burke, the Hamilton County Democratic Party chairman. “She talked about that throughout her campaign: We do need diversity on the bench.”

Growing up in ‘Crack City’

Zayas-Davis, the only daughter of two immigrant parents, grew up in a Manhattan neighborhood formally known as Washington Heights.

Most people in New York City just called it “Crack City” when she was a kid because of the community’s penchant for drug dealing.

She and her three brothers focused on their schoolwork – two of her brothers ended up being teachers – and she set her sights on making it out of her hometown.

At 19, Zayas-Davis discovered her calling.

She found herself helping her mom, who struggled to speak English, in court through a divorce and custody dispute with her dad. She describes the court as “inept” at dealing with her family’s situation at the time.

She also noticed that it was the attorney handling the cases who could often make all the difference.

“I would watch the attorneys and how they interacted with clients, what it should be to serve a client and say, ‘I have this person’s life in my hands, and this should be a priority,’” Zayas-Davis said.

The experience spurred Zayas-Davis’ interest in becoming a lawyer. But she had a few hurdles to clear before she could pursue it.

While finishing college, the utility company she interned with offered to pay for the rest of her college if she worked a full-time job. So she put off the law school dream for a few years.

Growing tired of the city – “I wanted to get out of New York City so bad,” she recalled – Zayas-Davis began applying for jobs across the country. She landed in Cincinnati at a job with Procter & Gamble, where she met her husband and married him six months later.

Three years, two children and another baby on the way later, her husband told her it was finally time for her to stop putting her law school dream on hold.

“I thought it was crazy,” Zayas-Davis said. “I’m pregnant with my third kid and now is the time to do it? He was like, ‘Yeah.’”

At 29 years old, and with three kids under the age of four, she began law school at the University of Cincinnati.

After graduating from law school, Zayas-Davis ended up practicing the very type of cases that first piqued her interest in the legal system.

She’s run her own law firm and focused on a variety of immigration cases since 2000. She’s dealt with cases ranging from helping local companies secure business visas for immigrants to arguing asylum cases for immigrants in danger.

That diverse background will likely help her as an appeals court judge, where a three-judge panel decides all types of cases – from overturning a criminal conviction to reducing the damages awarded in lawsuits.

Two years ago Maurice Harris, 42, got a first-hand look at how Zayas-Davis handles complicated cases with ease. Harris was ready to tie the knot with his partner, Boontawee Kirachaiwanich, and knew it wouldn’t be an easy trip down the aisle.

Kirachaiwanich is an immigrant from Thailand and at the time the pair was ready to marry in early 2015, gay marriage was not recognized in Ohio.

Harris hired Zayas-Davis and was surprised to find that she personally handled every aspect of their case and ended up attending their religious wedding ceremony in Ohio.

“She doesn’t just hand off anything as being routine,” Harris said. “You stop being a case and you become a human.”

Harris was one of the first to volunteer for Zayas-Davis’ campaign last year. He’s confident her outsider status will be beneficial to Hamilton County’s court system.

“The fact that she’s an independent voice – that really shone through,” Harris said of her campaign.

Zayas-Davis said she didn’t campaign on her Hispanic background or on being a woman. Instead, she talked about her story – where she came from and working her way through college – so voters would understand they were getting something different with her.

“I didn’t see myself as an outsider; I saw myself as exactly what the people are looking for,” Zayas-Davis said. “They’re looking for people like me – they want fresh blood.”