Man from Guatemala has been deported five times; now he's in Cincinnati awaiting No. 6 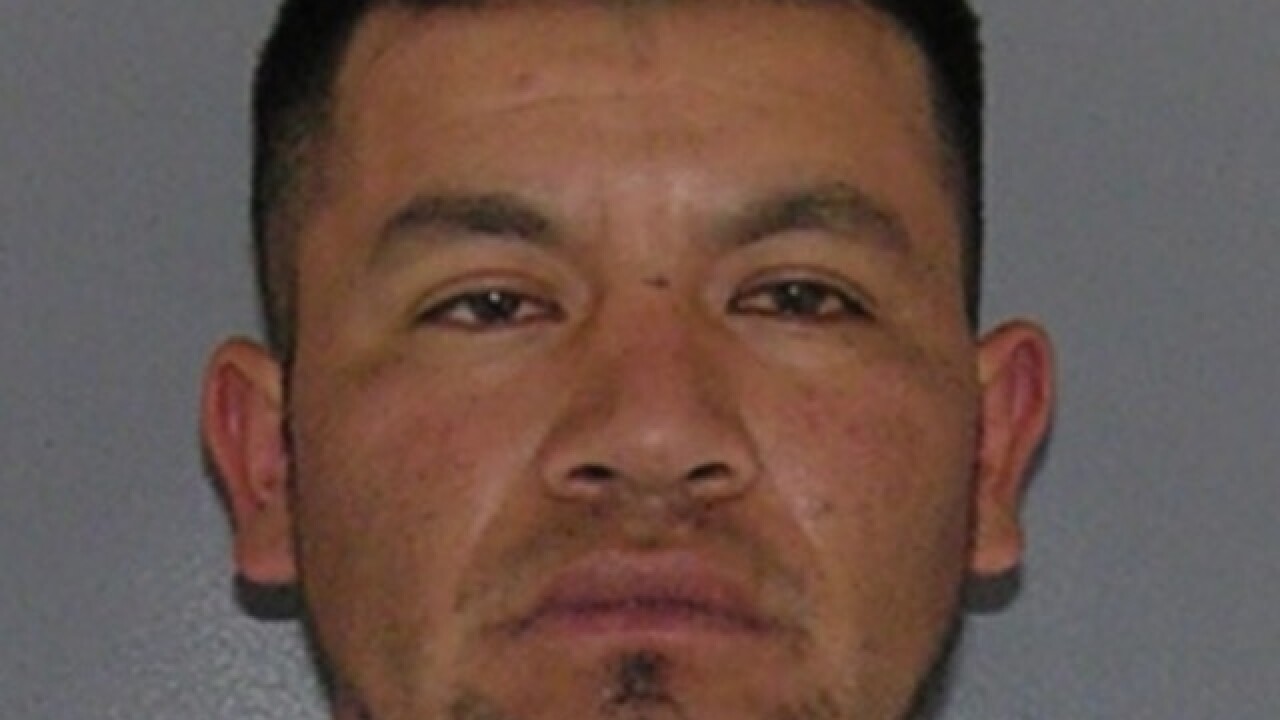 Copyright 2017 Scripps Media, Inc. All rights reserved. This material may not be published, broadcast, rewritten, or redistributed.
<p>Benjamin DeLeon Hernandez was sentenced in May to a year in prison for re-entry of a deported alien. He had been deported five times before. </p>

An illegal immigrant from Guatemala who was arrested recently for giving a false name to Cincinnati police will likely be facing his sixth deportation.

Benjamin DeLeon Hernandez, 36, now faces an arraignment in U.S. District Court here on Feb. 1 for returning to the United States after being deported as an illegal immigrant and a convicted felon.

These cases are extremely rare in Cincinnati, and are usually only seen in regions close to the U.S. border with Mexico.

This case is also highly unusual because Hernandez has been deported five times before – one time each from New Orleans and Mesa, Arizona, and three times from Houston. Yet he keeps returning to different regions of the United States from Memphis to Georgia, and most recently Cincinnati.

“He’s pretty much a poster child for illegal re-entry prosecution,” said W. Kelly Johnson, a former assistant federal public defender who now works at the Porter Wright law firm in Cincinnati. “He gets removed, and he comes back and he gets charged, over and over and over again … There’s probably not enough of a deterrent because obviously he just turns around and comes back.”

President Donald Trump has promised to swiftly track down and deport illegal immigrants who are criminals – a number he estimates at 2 to 3 million.

Hernandez’s case illustrates why deporting convicted felons, and preventing them from returning to the United States, may be harder than it seems.

“Just because he was caught five times, and this time is the sixth, doesn’t make it any harder for him to get across the border the next time,” said Ralph Kohnen, former chief of the criminal division of the U.S. Attorney’s office in Cincinnati who now works at Taft Stettinius & Hollister. “What’s driving him back over here? Family, a spouse, a girlfriend, a prospective job? Or is life in Guatemala so bad that he’s willing to take the risk to come back here and get caught?”

Court records don’t reveal much about Hernandez’s life, beyond his convictions.

Immigration officers first encountered him in April 2001 at the age of 21, and an immigration judge in Memphis ordered him deported.

A year later, in June 2002, Hernandez was arrested for shoplifting and giving a false name to police in Fort Oglethorpe, Georgia. He was convicted, under an alias, and ordered to pay a fine.

Then in November 2002, Hernandez was arrested for driving under the influence of alcohol in Walker County, Georgia. He was convicted, under an alias, and ordered to pay a fine.

In May 2003 immigration officers in Memphis charged Hernandez with misusing a social security number and re-entry after deportation. He was convicted of both crimes and sentenced to time served. His supervised release was revoked in 2006, and Hernandez spent two years in prison.

In 2013, Hernandez was arrested by border patrol agents in Tucson and sentenced to three months in prison.

Finally on Nov. 19, 2016, Cincinnati police arrested Hernandez for giving them a false name, “Luis DeLeon.” He later pleaded guilty to disorderly conduct in Hamilton County Municipal Court, and then federal prosecutors took the case and charged him with re-entry of a deported alien.

A plea agreement was filed in the recent federal case. At sentencing, he faces five to 10 years in prison.

“You can’t just build a wall and stop people from coming here,” Johnson said. “They will figure out a way to get here. Obviously Mr. Hernendez does.”

Each time a new president and his new attorney general take office, they reorder the priorities of federal law enforcement and prosecutors about which crimes will get more, and less, attention.

In his first press briefing on Monday, Trump’s spokesman said that illegal immigrants who have committed crimes will be the top priority for deportation.

And experts predict there will be more to come.

“If immigration enforcement is a priority for the Trump administration, I also assume there will be some focus on employers to stop incentivizing people to come here,” Johnson said.

Crimes such as bringing illegal aliens into the country, harboring them and employing them, will all be priorities, as well as document fraud related to immigration.

“One way to de-incentivize illegal immigration would be to do some targeted enforcement of that kind (on employers),” said former federal prosecutor Ben Dusing, who is now a white collar defense attorney.

But Dusing would like large corporations prosecuted – instead of the focus being on small and mid-sized family business.

He also cautioned that many employers – such as the horse racing industry in Kentucky -- don’t want mass deportations of illegal immigrants.

“Its kind of a dirty little secret that no one in Lexington really wants a Trump administration to come in and round up all the illegals, regardless of what they say publicly, because they will be wholly without a longstanding very cheap labor supply,” Dusing said. “That’s the overall difficulty.”

“One of policy shifts that … could take effect really quickly, is the administration insisting that offenders serve a lot longer time in jail. That was not a priority with the Obama justice department,” Kohnen said.

“While ultimately the sentence is up to the judge, I sense there could be instructions pretty quickly that for somebody like Mr. Hernandez, the assistant U.S. attorney will be seeking a lot longer jail sentence. At least with a longer sentence, you know he can't cross the border until he gets out of jail,” Kohnen said.