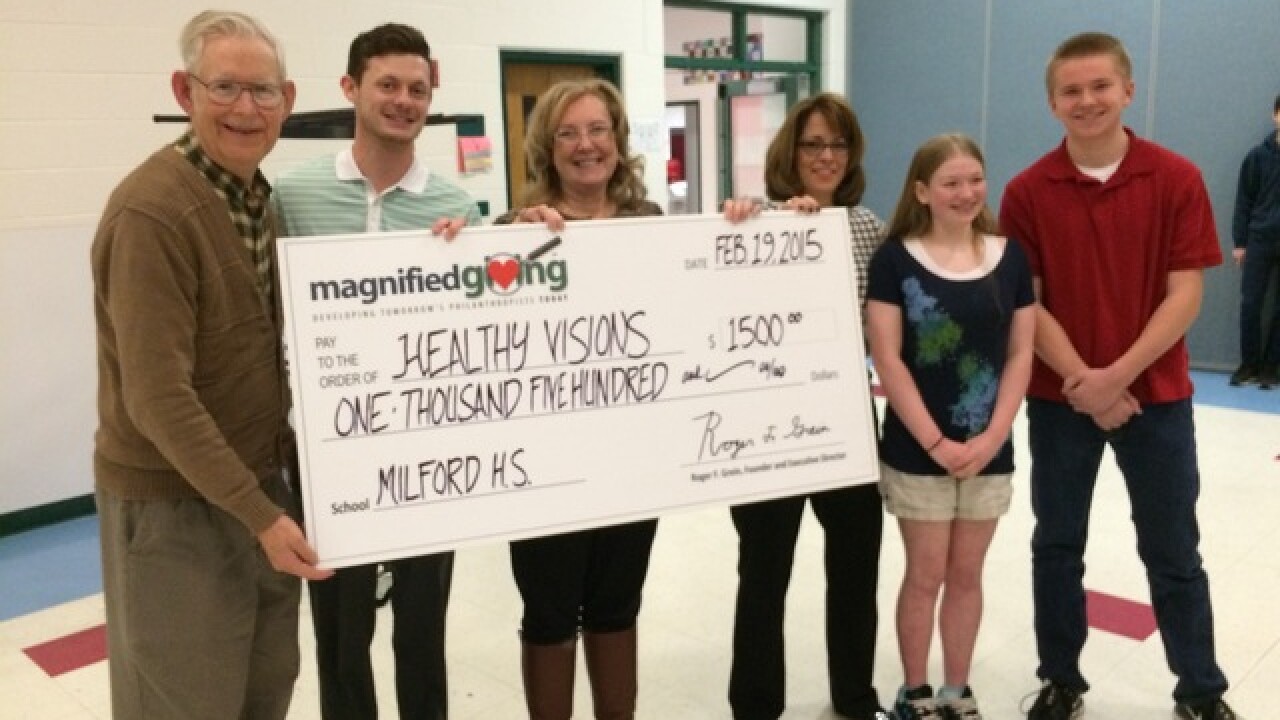 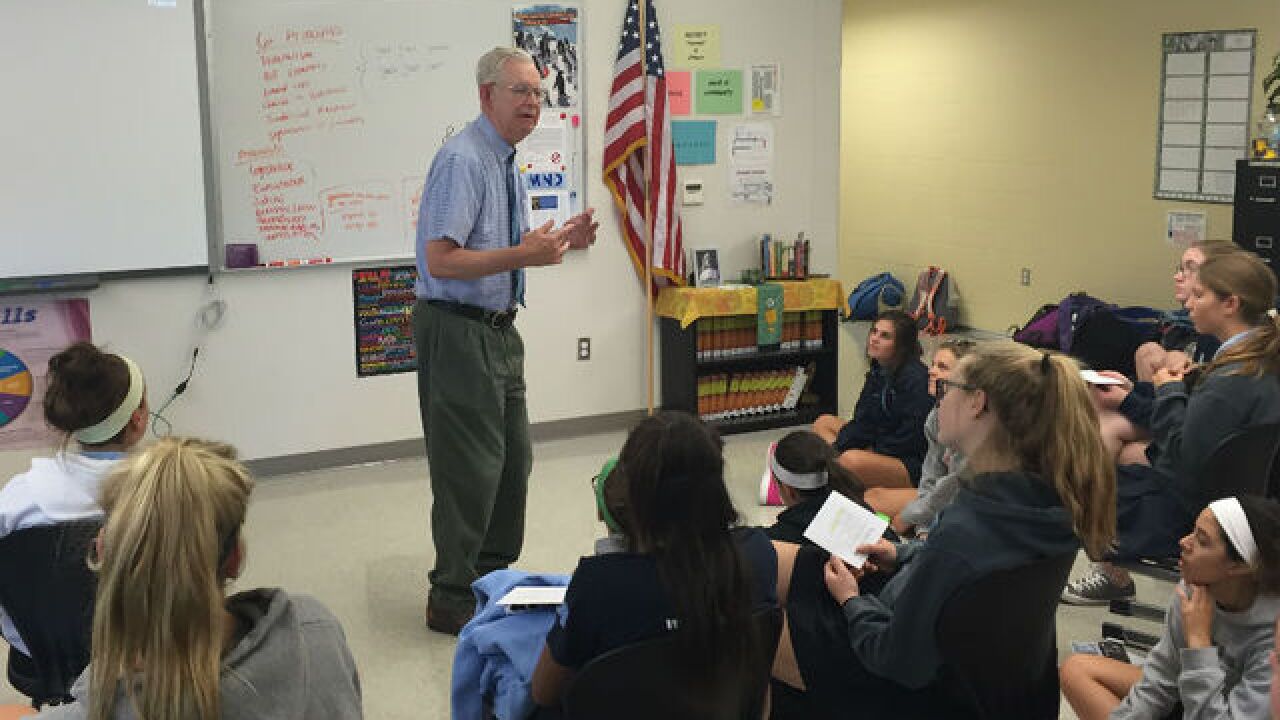 CINCINNATI -- Philanthropists donate money to a cause to make a difference. But what if you asked a group of teenagers to research and decide where that money should go?

Local philanthropist and businessman Roger Grein wanted to let young people decide how to donate money. By empowering teens with that decision, he created an opportunity to make the act of donation go beyond dollar amounts by educating and engaging the next generation of philanthropists.

In 2008, Grein -- along with Todd Forman, a Mount Notre Dame High School teacher -- invited eight schools to participate in the nonprofit educational program Magnified Giving, which encourages groups of high school and junior high students to research local charity agencies and then make the case for their selected nonprofit by giving an informational presentation. The students then decide as a group to which organization they want to give a $1,000 grant provided by Magnified Giving. Some schools also raise money on their own to give out additional grants.

This year, 86 schools in Greater Cincinnati and Northern Kentucky, as well as several in other parts of Ohio, are taking part. Some schools participate as part of a class during a single semester, a yearlong project or as an extracurricular activity.

During the program, students learn about local people in need, connect with the local charities making an impact and discover the importance of giving to others.

“It is neat to see their eyes open to put a focus not on ‘me’ but realizing there are other people they can help out,” said Grein, Magnified Giving’s founder and president. “The needy still get all the funds, but look at all the people it can touch along the way.”

“Students get to experience a connection with some of the social causes they never realized were even out there,” said Todd Forman, program director. “They learn leadership skills from our program, they learn to take the lead of groups and they will often say they have never before had the opportunity to really connect with adults on the level that they have to when making their presentations.”

Kate Sampson, a senior at Mount Notre Dame in Reading, has been involved with her school’s Magnified Giving group for the last two years and this year has a leadership role. Sampson, who plans to become a nurse, used to play soccer, but her interest in various social issues and the desire to volunteer for multiple causes has replaced sports.

“Magnified Giving has really taught me the importance of accepting everyone as they are, not what they are supposed to be,” Sampson said. “And knowing the importance of giving back to a community that has given us so much and the importance of being informed and not turning a blind eye to issues going on in our world.”

This year, Mount Notre Dame will donate $1,000 from Magnified Giving, as well as additional funds made possible by a donor who requested the MND group focus on nonprofit groups that support addiction issues, so they made addiction their annual theme, Sampson said.

CancerFree Kids, a nonprofit raising money for pediatric cancer research, has been a grant applicant and repeat grant recipient through Magnified Giving. Cindy Pilipovich, CancerFree Kids school liaison, said she is always impressed with the students’ presentations after they visit the nonprofits’ office. But, the relationship doesn’t typically end there.

“They learn about us through Magnified Giving and then they end up wanting to learn even more,” Pilipovich said. “It’s usually not the last time I hear from them. Whether they win us the grant or not, they come back to me and say, ‘Please, can I volunteer?’ They become a future resource for us. They volunteer, they support us, so it is definitely a win-win.”

Philanthropic since his teen years, Grein, 74, faced adversity throughout his life. Growing up in Lockland, he had cerebral palsy and his parents, who adopted him as an infant, were told not to expect too much from him as a child. Instead, Grein was determined to succeed. He learned to walk, moved beyond early struggles in school to graduate high school and then college.

He had trouble finding a job because of perceptions of his disability, so he mowed lawns while earning his MBA. He then asked his lawn-care clients if they would hire him to do their taxes. His tax business took off, and his investments proved fruitful. Grein, who has a strong Catholic faith, continued to live in the small house he grew up in and donated much of his money to help those less fortunate.

The concept for Magnified Giving started on the collegiate level in 2001 when Grein financed the launch of student philanthropy programs that are still underway at 34 college campuses.

In 2008, as he was beginning to explore the expansion of the program into the high school and junior high level, the recession wiped out most of the funds he had earmarked to personally support the program and other charities. Instead of giving up on the idea, he began Magnified Giving as a 501(c)3 nonprofit educational organization and sought donations to make the idea a reality. Since it launched, more than 12,000 students have participated and $408,000 in grants have been awarded to community charities.

For information about donating to Magnified Giving, visit magnifiedgiving.org.