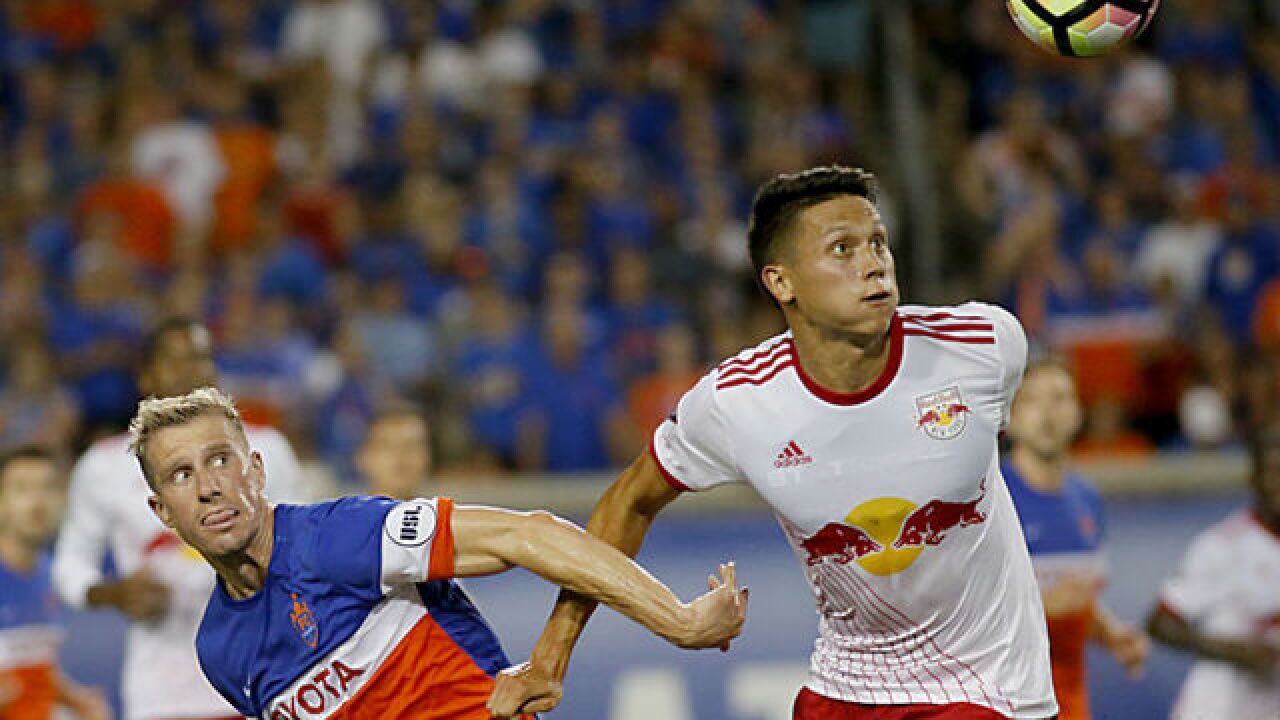 CINCINNATI -- His teammates picked him as FC Cincinnati's most valuable player in 2016.

This season, they're calling him "Magic."

Midfielder Corben Bone is the club's all-time minutes leader in its third season and arguably the most consistent player on the pitch day in and day out.

Now, fans are finally noticing what FCC has known about Bone since the beginning: He's a guy they want on the field.

In the last three games, Bone has scored three goals with two assists to help propel FCC to first in the United Soccer League Eastern Conference. The Orange and Blue enter Saturday's game at Charlotte on a three-game winning streak and a five-game unbeaten streak, and Bone has been at the center of it all.

"I've had confidence in Corben since the day I started working with him last year," second-year FCC coach Alan Koch said. "I think he's an awesome player, he's an awesome person. I think he's incredibly skilled. He does things in training that people that just come to watch the games aren't even aware of -- it's why he was given the nickname 'Magic' by his teammates. It's why he is who he is. If you allow him to play and put him in a position where you're setting him up for success, you'll see what we've seen in the last few games."

Ironically, Bone's recent hot streak started just as fans' #FreeNaz movement on social media finally cooled down with the insertion of Nazmi Albadawi into the lineup, shifting Bone from the central attacking midfielder position known as the "10" spot to Albadawi's left.

Albadawi brought lofty expectations when FCC signed him away from North Carolina FC this offseason, as soccer publication FourFourTwo called him "possibly the best American talent at the U.S. lower divisions." However, a slow adjustment with the new team resulted in Albadawi starting the season on the bench, puzzling fans who were anxious to see him play.

Thus began the #FreeNaz hashtag popping up on social media, some indicating he would be a better option than Bone. Koch took notice but insisted Bone was irreplaceable. When he did give Albadawi his chance to prove himself, he did so without removing Bone from the equation.

Bone said he wasn't even aware of the #FreeNaz movement.

"I hadn't heard about that, but throughout the team there is competition, and I think competition among friends and teammates and among people trying to get on the field," Bone said. "Naz is a great friend of mine, a great teammate and an awesome guy and a really good player. He makes me better, and hopefully I can make him better as well and we can rise together."

The two did get a brief chance to rise together before Albadawi was sidelined with a rib injury sustained in the game against Ottawa, a 3-0 victory in which Bone scored his first goal of the season.

A North American Soccer League Best XI player in 2016 and 2017, Albadawi got his first start at Bethlehem on April 15 and scored the equalizer in a 1-1 draw that began FCC's current unbeaten streak. He started the next two games before the injury, but returned to practice Wednesday and could be back in action by this weekend, according to Koch.

When asked about the #FreeNaz movement, Albadawi said he appreciated the fans' support. He never considered it a competition between him and Bone.

"I knew Corbs before I came here, because we have some close mutual friends, and then he came to Carolina for a couple weeks, so we're very close," Albadawi said. "He's a fantastic player. He's someone I think deserves to be in MLS. He's someone I've admired. I watched him play when he was at Wake Forest, and I know his quality, I know his class and the thing is we push each other to be better and I think on the field together we combine well together. I don't think it's a matter of me or Corbs. I think we make each other better every day and when we play together, we have so much fun."

Bone credits the plethora of talent around him for his bigger presence in the stat sheet, and said he's playing with more confidence as well.

Part of that comes back to how his teammates feel about him, demonstrated with the nickname Emmanuel Ledesma gave him after Bone did something special -- no one seems to recall exactly what -- during a training session in the preseason. It caught on with the rest of the team and stuck.

"It's a confidence boost for sure when you have teammates that see something in you that you know you have inside of you but you just kind of have to work hard to pull out and showcase it on the field," Bone said. "To have the praise of my teammates is great. It's a huge confidence boost, and it makes me want to come here and work hard and be the best player I can for them in return. It's a great feeling."

He and his wife welcomed their son, Brooks, into the world in September, and Bone said the added responsibility of supporting a family remains in the back of his mind.

"I have a family now, and we have a house and a child and a wife," Bone said. "My goal is to provide for them the best I can, so scoring goals and stuff like that helps. There's a little extra motivation for sure, having a little son that hopefully will look up to me and be someone I'm proud to showcase in front of him and I'm proud to be his dad. That does add a little more motivation to succeed and do it in a humble way."

The humble way was how Bone began his career with FCC.

Despite playing an attacking role most of his career, he settled into a defensive midfielder role the first two seasons in Cincinnati and did a lot behind the scenes in helping the Orange and Blue to the playoffs both years. He scored two goals with three assists in 2017.

Koch wanted to insert him more into the offense this year and remained committed to that plan even as FCC managed just three goals in the first four games.

Now, the decision is paying off. Bone has accounted for almost a third of FCC's 10 goals over the last three games.

"He's very creative and has the ability to open up situations for his teammates, and you've seen that already," Koch said. "Since Day 1 of the preseason, we've given him a little more freedom to play and he's really embraced that opportunity, and it's great to see him having that success."