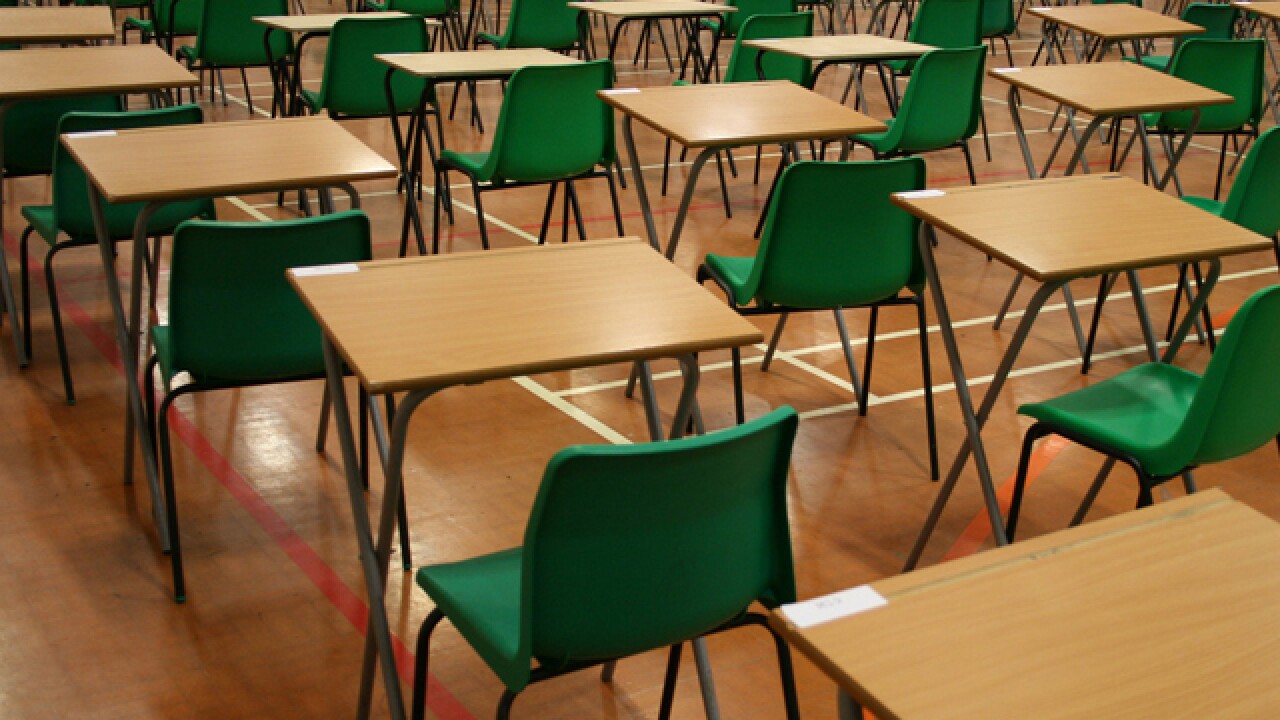 "Without the officer being there within nine seconds, we feel the shooter would have stayed and took his time. There would be more people shot,” Jones said.

Hall, dressed in full uniform and carrying a weapon, called for help and tended to the victims. He eventually helped Butler County deputies arrest the suspect, James Austin Hancock —  the 14-year-old who now faces several felony charges, including attempted murder.

Now, Jones, who previously proposed to have retired police officers serve as armed substitute teachers in Butler County, is calling out the school districts that don’t have school resource officers or armed personnel on school grounds.

"I’m telling school boards, ‘Shame on you for not addressing this issue. When you can have all the training in the world, this is an instance where you need to have law enforcement in your schools or somebody with a gun."

Supporters say arming faculty members or having armed school resource officers is critical in active shooter situations, where it can sometimes takes minutes or longer to alert first responders of the situation inside.

"Having somebody in every building who can stop the killing and who can start rendering medical aid is the only way we can reduce the number of casualties,” said Joe Eaton, director of FASTER Saves Lives, a nonprofit program that provides firearm and medical triage training free-of-charge to school faculty in Ohio. "Waiting on outside help is only accepting that you’re going to have a certain number of casualties."

People who oppose the issue say arming teachers creates an added safety risk for the students and puts too much responsibility on faculty. They said it’s not feasible or necessary to put officers in every school.

“You’re moving away from protecting yourself and your family (with a weapon) and tasking people to perform a law enforcement function. That function should be performed by law enforcement,” said Ken Trump, a national school security expert based in Cleveland.

The debate really picked up nationwide in 2012 after 26 people were shot and killed at Sandy Hook Elementary School in Newtown, Connecticut.

“The age of the kids killed in Sandy Hook changed everything. When it is an older person or college-aged, that is one thing. But when you have the absolute most defenseless and innocent people being murdered in our schools, that is a blow that society just couldn’t take,” Eaton said.

In Ohio, it’s up to the school districts to decide whether or not to allow their employees to carry weapons, and which faculty members get to do it. Federal law requires school officials who carry to have a concealed carry permit from the same state of the school.

“We leave it up to each individual school to decide how public or private they want to be about it,” he said, adding that a school district in Sidney, Ohio has signs on its front door to let potential intruders know teachers are armed.

"We’ll have other schools where two teachers are sitting at a lunch table. One of the teachers is armed, and the other teacher does not even know they have armed staff in the building.”

Faculty in the Madison Local School District are not allowed to carry weapons on school grounds, according to the school district policy last revised in 2004. School officials declined to comment Tuesday about whether the issue has been raised at board meetings or if they expect it to come up at an upcoming meeting.

‘This Is Not a Program for Everyone’

When an active shooter strikes, Eaton wants the school leaders inside the building to have the tools to stop the violence — even before first responders know about it.

"Just like we saw (Monday) at Madison (High School) and like we’ve seen in every one of these events, as soon as some type of effective resistance confronts the person doing the killing, they either stop — as we saw (Monday) — or they take their own lives,” he said.

But Trump, the national school safety expert from Cleveland, said teachers should not be the ones with the guns. He said it creates a big safety risk for the students and is too complex to effectively put it into practice.

"How would (schools) actually manage that program? Your principals today are stressed for time to actually do staff training, to diversify some of their drills such as lockdown and fire drills. They don’t have time to be inspecting weapons and ammunition and making sure people are qualified to manage the overall process of who is carrying and who isn’t,” he said.

The best option for districts who want armed personnel, he said, is to hire school resource officers, like Hall, who receive law enforcement training and carry a weapon.

"Shame on these school systems that say, ‘I have 22 schools. I can’t have an officer in each school.’ That’s not true. That’s a lie,” he said.

Trump said it’s unnecessary and unrealistic for every school to hire an officer to keep their schools safe.

"One school shooting is one too many, but we also have to put the threats in perspective. First of all, from a staffing position...you don’t have enough police officers,” he said. "We have active shooter hysteria in this country. Active shooters are one of multiple threats on a threat continuum.”

Trump said school resource officers are intended to serve a preventive function, and most will never encounter an active shooter situation in their careers.

"Do we need to prepare for active shooters? Yes….Do I think there should be an armed presence on every single campus? I don’t think that’s practical,” he said.

Eaton, who has provided firearms training for cafeteria staff, teachers, bus drivers, janitors and school administration, said it’s not the right option for all communities.

"This is not a program for everyone, and that’s why having local control in schools is so important,” he said. "When you mention firearms in schools, human nature is to think of the one person you would never want to be a part of this program."

"But if you put that thought aside for a minute and you look at all the other good teachers, the ones at Sandy Hook and elsewhere who will go stand between a murderer and these kids….we owe it to them to say, 'If you’re going there, take any tool, take any training, take anything you want with you so you can go home at night.'"