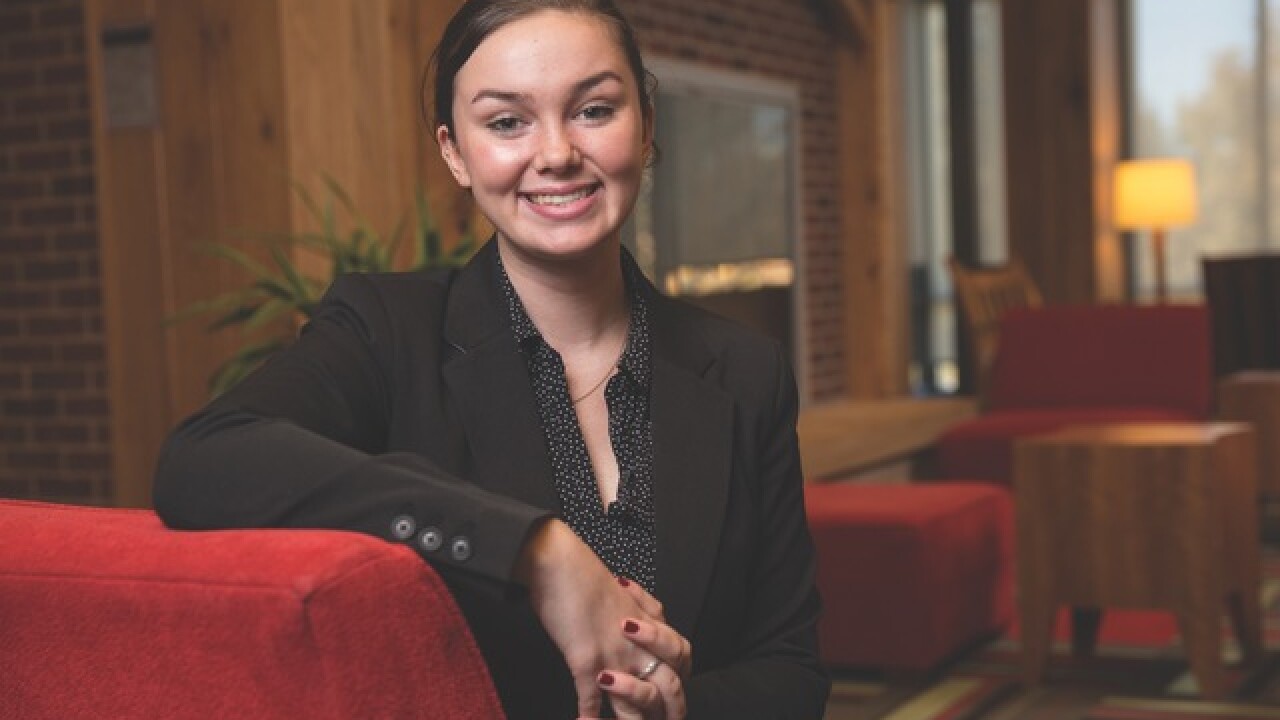 But Madeira High School graduate Maggie Griffin is getting her hands dirty to actually help.

The Ohio State University senior won $100,000 to implement her ambitious plan of growing fresh produce to feed 60 families in five Columbus public schools where students have little access to fresh fruits and vegetables.

Griffin will receive half of the money as a stipend and the other $50,000 to fund her project as one of the first two winners of OSU's new President’s Prize . It's the highest university recognition bestowed on exceptional students committed to social change and funded exclusively through private donations, according to OSU.

Griffin and KayMesha Knox won the awards in a university-wide competition.

"I'm beyond excited to carry out this project," Griffin told WCPO. "This is just a dream. I can't put into words how much this means to me and how much it will impact the community."

OSU President Michael Drake surprised her just before Thanksgiving by interrupting her class to break the news. She fought back tears as she realized why Drake was there.

"The (stipend and grant) will work together to make a really impactful year from a young mind to a great community," Drake said. "We're really proud of you and the great work that you've done."

The lowest-income neighborhoods in Columbus and throughout the country usually have few, if any, supermarkets or farmer's markets that offer fresh fruits and vegetables, leaving families at a health disadvantage.

Griffin and colleagues plan to change that by farming a full acre of land on OSU's Waterman Farm and setting up a distribution network through five public schools.

She'll buy refrigerators for all five schools with some of her President's Prize award, and give fruits and vegetables to at least 60 families through the schools.

The grant will only last one year, but the system she establishes and the hardware she buys will outlast her participation, she hopes.

"The great thing about this program is we're making the big purchases this year.

"My goal is that this doesn’t end with me but that the university can keep this going with different families and change what food security means in our community," she said.

"I have been impressed since the day I met her with her ideas," Kaiser said. "She had the vision and did the work to get to this point. I can't say enough good things about her and how incredible this project is. She really cares, and she's just amazing."

Griffin plans to attend graduate school after her year's work on the food project. She is leaving open the possibility that she'll bring her work back to her hometown when she's finished with her studies.

"I would love to bring it to Cincinnati," Griffin said. "I think the program could work really well. It's an issue in other places, too, and I want to change that."

"It really shows students that no matter what they do when the leave they can use their passions and skills to really do some good in the world," Kaiser said.