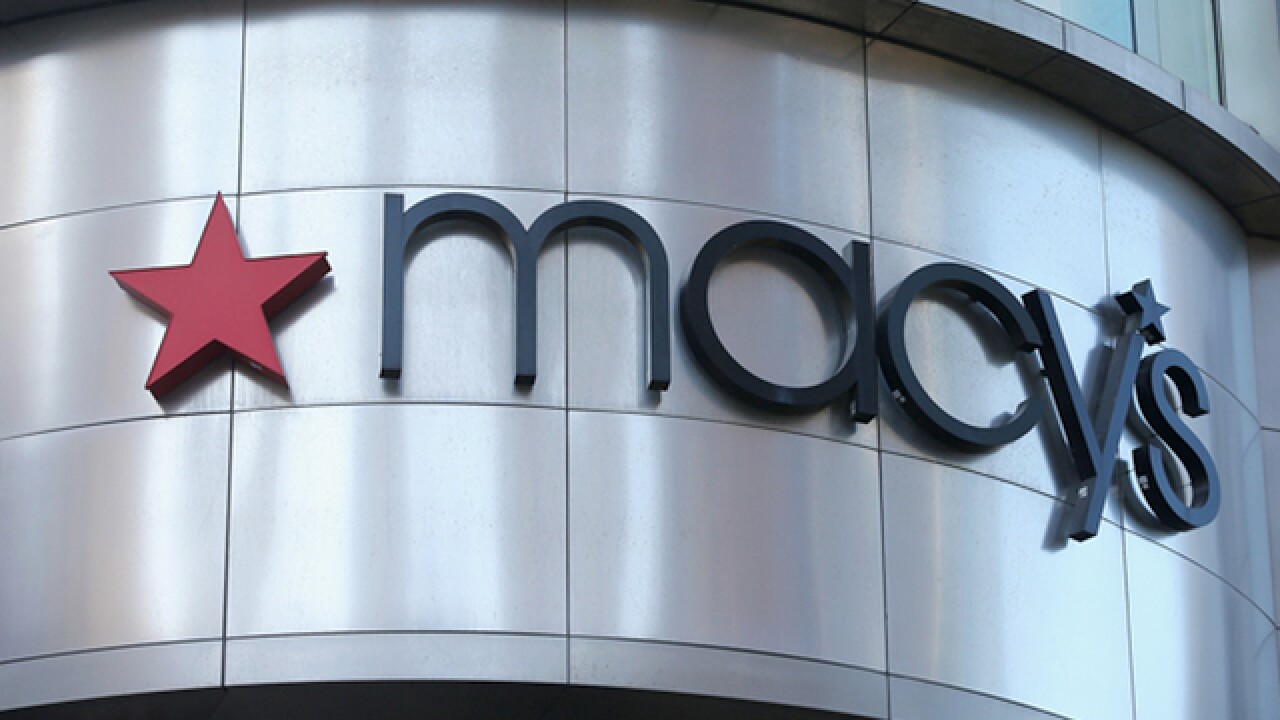 “We expect mobile shopping on Macy’s to be very big this holiday season,” he added.

But almost no one expects a holiday bump big enough for Macy’s to avoid its 12th straight quarter of declining same-store sales.

“Our consensus fourth quarter estimate for Macy’s is currently at minus 2 percent,” said Ken Perkins, president of Retail Metrics Inc. That’s a tenth of a percent worse than the industry average for department stores and well short of the 1.2 percent growth that’s expected in the overall retail sector.

Brick and mortar retailers like Macy’s “will likely be weighed down by heavy promotional activity" this Christmas, Perkins explained in a Nov. 21 report. “Consumers are moving in droves to ecommerce transactions which offer more transparency and tend to provide better pricing. Retailers are aggressively competing for wallet share, particularly those retailers lacking differentiated merchandise offerings.”

Perkins said the overall holiday spending outlook is the best since the 2008 recession, with most experts predicting 4 percent growth in total retail sales with ecommerce rising about 15 percent.

“Amazon has put relentless downward pressure on prices for years and has recently begun to subsidize price cuts as much as 9 percent for third party sales on its market place,” Perkins wrote. “Walmart and Target have refocused … to ensure they are always competitive. Bankruptcies, store closures, and consolidations have riddled the sector this year creating a state of heightened desperation heading into the holidays. This will pressure numerous chains to further slash prices to generate both foot and web traffic.”

In the last two years, Macy’s sour Christmas results led to dour news in January, including the announcement of about 10,000 job cuts in 2017 and the elimination of about 3,700 positions in 2016.

Macy’s has reported sales dips in 12 of its last 13 quarters. Its last positive results were fueled by the holiday season in 2014.

Macy’s told investors to expect a full-year decline of 2 to 3 percent in “owned plus license comp,” which means all sales generated within company-owned stores that have been open for at least a year, including revenue from retailers that have licensing deals with Macy’s. Those companies include Sunglass Hut, Finish Line and the sports-apparel retailer Lids.

Macy’s Chief Financial Officer Karen Hoguet told investors Nov. 9 that Macy’s would likely finish the year “at the lower end of its guidance,” which implies a decline in fourth-quarter revenue.

"In order to achieve the annual owned plus licensed comp of minus 3 percent, our fourth quarter comp would need to be minus 1.9 percent," she said. "To reach the upper end of our guidance, which is minus 2 percent for the year, we would need to grow 1.1 percent in Q4."