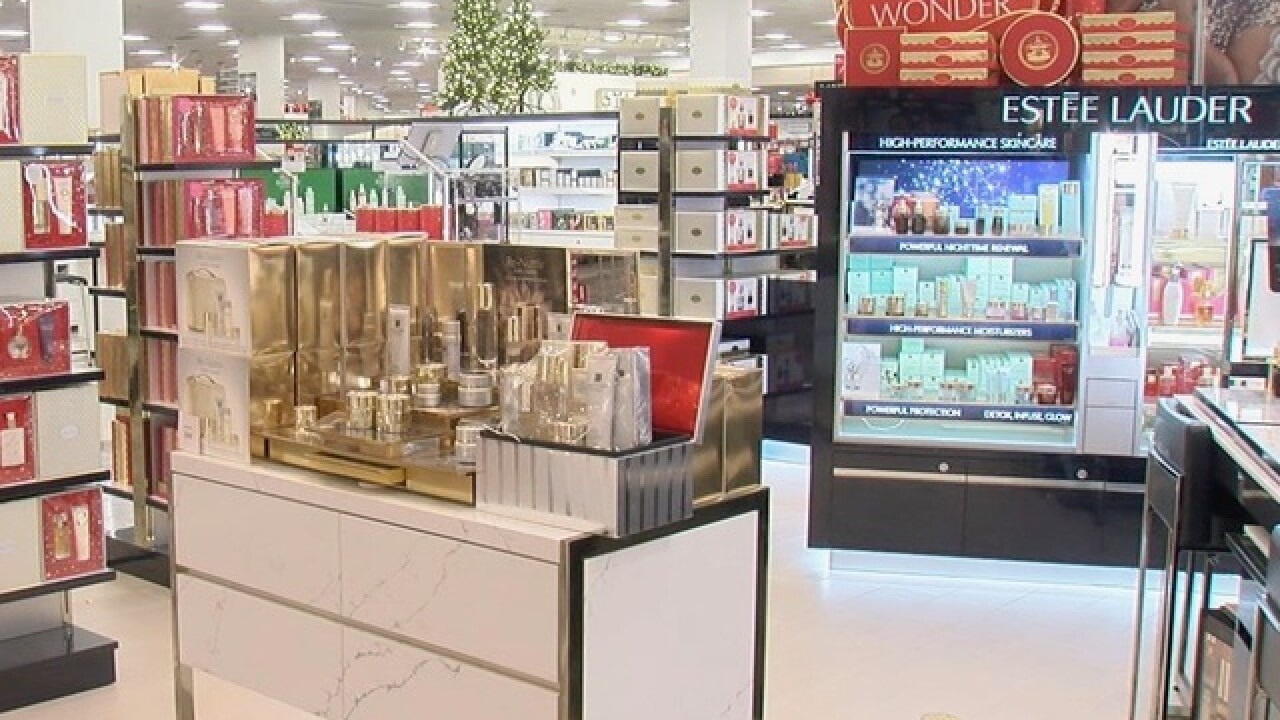 SYCAMORE TOWNSHIP, Ohio - It didn’t get the newest technology or the full array of food offerings, but Macy’s Inc. did bring some regional firsts to Kenwood as part of a $200 million investment in what it calls “Growth 50” stores.

These are the top-performing locations in Macy’s 650-store fleet. The company concentrated its capital investments on these stores in 2018, with the goal of improving the shopping experience and boosting sales.

It is having the desired impact, CEO Jeffrey Gennette told Wall Street analysts in September.

“The stores look great. The merchandise is right. Customers are engaged and the teams are committed to win,” Gennette said. “The early performance of these stores is strong enough to give us confidence to wind up the next batch of stores that will get the Growth 50 treatment in 2019.”

What is the Growth 50 treatment exactly? That varies by location, Kenwood Store Manager Robin Gehlmann explained on a 30-minute tour of the property.

“Every store was allocated certain funds based on the needs within their building,” she said. “We received new carpeting, new lighting, new fitting room, a lot of additions to the store.”

Some stores, like the Easton Town Center location near Columbus, received a virtual furniture display that lets shoppers see how their purchase would look in a 360 degree video display. Other stores got an augmented-reality display at the makeup counter that lets shoppers virtually try on up to 250 different cosmetic brands. Still others are testing a pop up shop from Facebook, which features merchandise from up to 100 small businesses.

Gehlmann wouldn't say how much of the $200 million was spent at Kenwood but she did offer these kernels: The 220,000-square-foot store got enough new carpeting to cover half of Great American Ball Park and energy savings from its new lighting fixtures are enough to heat 4,000 gallons of Cincinnati chili.

Beyond that, Gehlman said the Kenwood store received several upgrades that differentiate it from other local Macy’s stores – not to mention rival department stores.

“There’s a lot of newness in beauty,” she said. “Lauder, Lancombe and Clinique are all receiving new counters. Those are our existing lines. And we did add over 20 new lines, which are new to Macy’s in our location.”

The beauty upgrades incorporate Macy’s newest approach to the sale of cosmetics and skin care, with cross-trained associates who sell multiple brands and an open floor plan where guests can touch and feel the products they’re considering without waiting for service.

In the shoe department, Macy’s has added an “expeditor” service to help customers try on multiple sizes and styles more quickly. Sales reps are now equipped with a scanning app that sends orders to the stockroom, where an expeditor pulls the product in multiple sizes and brings them to the customer in about two minutes.

“It’ll make suggestions based on what the selection was so we can bring out additional items for the guest to look at that might appeal to what they’re looking for,” Gehlmann added.

The Kenwood Macy’s replaced its watch department with “a beautiful diamond bar” that wraps around its escalator atrium, Gehlmann said. The store now has more than 30 offerings from its Star Signature Diamond Collection. Most Macy’s stores have only three options in stock.

Macy’s upgraded the fitting rooms in Kenwood with new graphics that promote female empowerment. It also added about a half-dozen new employees to provide style advice and retrieve items.

“They don’t have to come out of the fitting rooms,” Gehlman said. “We’re in there to assist them and bring in a different size or find complementary items that will go with what they’re choosing.”

Many of the Growth 50 upgrades are less of a differentiator for the Kenwood store. These include a kiosk for Starbucks, which is available elsewhere in the mall, and a 45-bed mattress selection, which is available at Macy’s Kenwood Furniture Gallery across the street.

Macy's also offers its "At Your Service" concierge center at Kenwood and installed new technology to let customers scan their orders and pay by phone, but those improvements are not unique to Growth 50 stores.

Still, the management at Kenwood Towne Centre appreciates the upgrades. The mall is investing more than $900,000 to establish a new luxury enclave that includes Tiffany & Co., relocated from Downtown, and Louis Vuitton. Both are scheduled to open this month in the mall's Nordstrom wing.

“We are always evolving and improving to meet the needs of our customers,” said the mall’s Manager Wanda Wagner. “We are thrilled when our retailers do that as well and Macy’s is a prime example.”