'Best way to get things done is with other people' 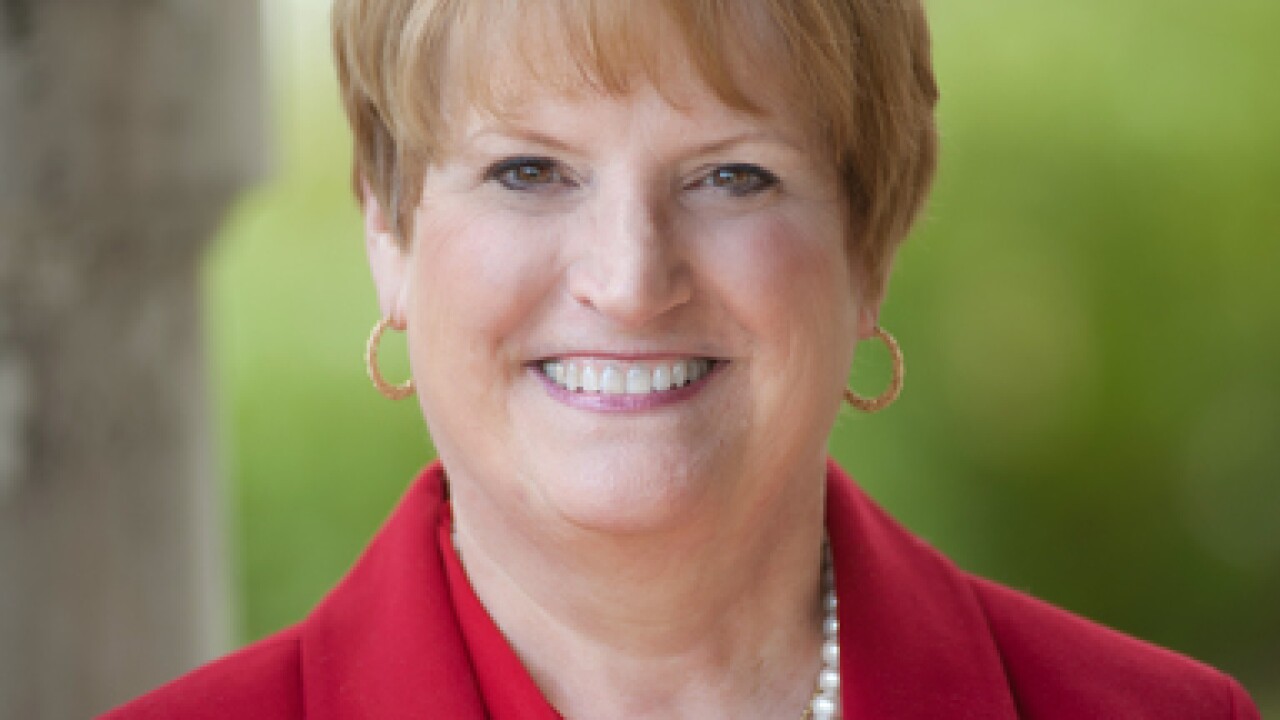 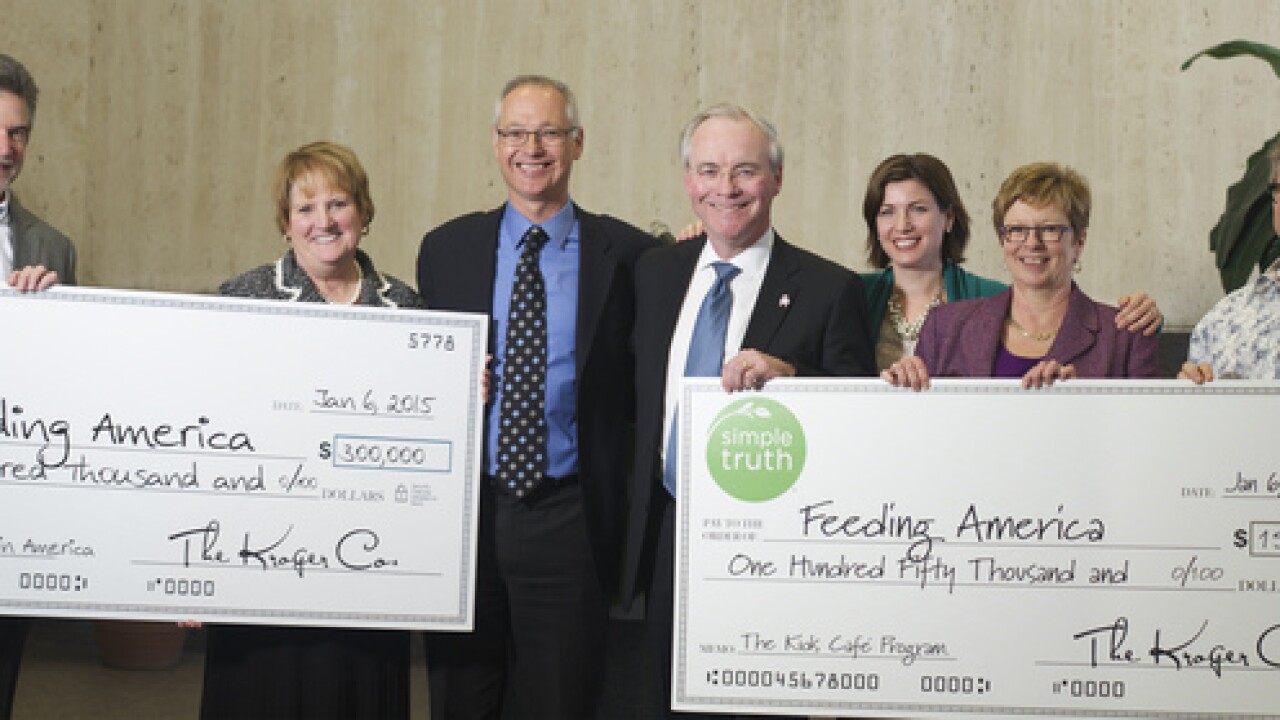 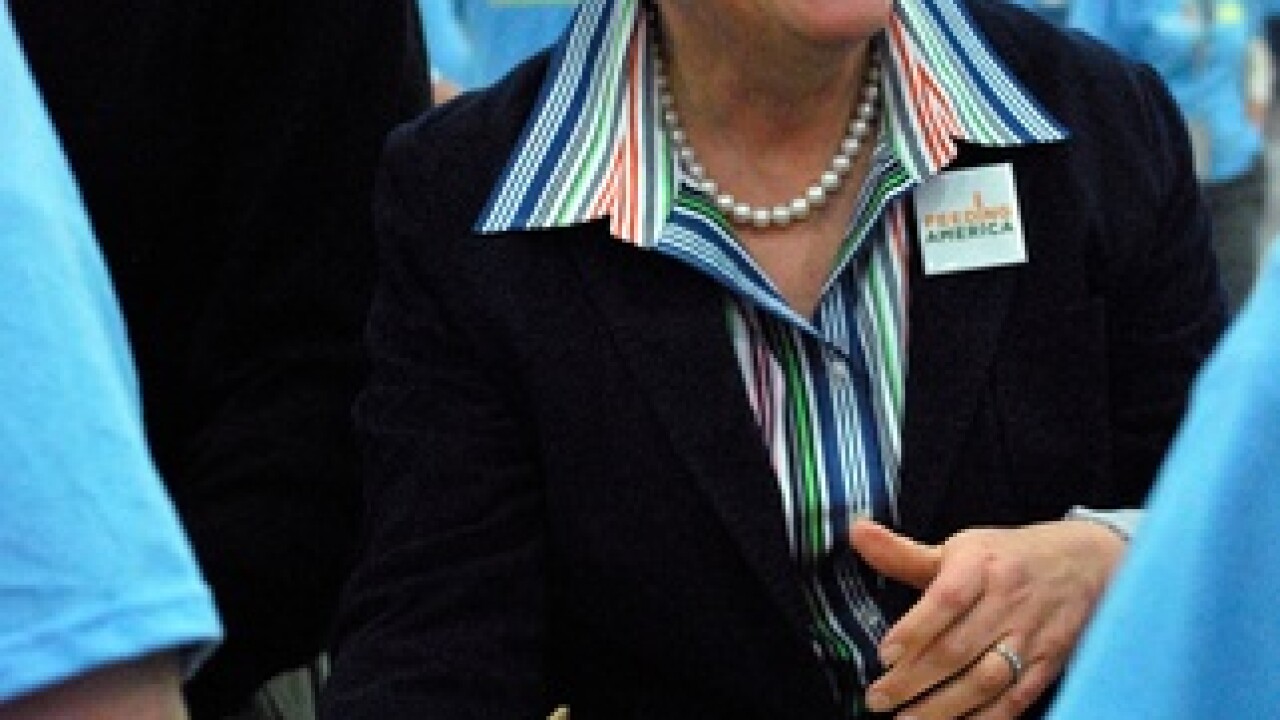 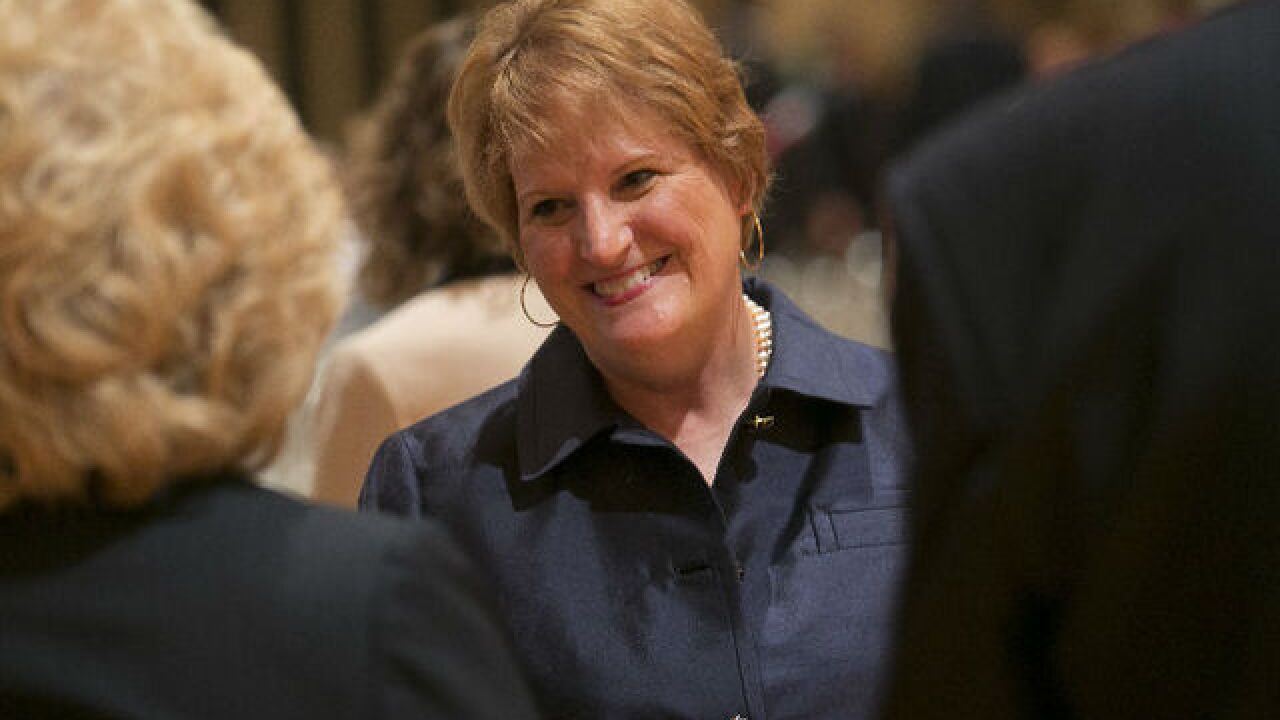 CINCINNATI — Nobody thinks the work will be easy. The Child Poverty Collaborative's goal is to lift 10,000 Hamilton County kids out of poverty within five years and help 5,000 unemployed or underemployed adults get jobs.

But when the collaborative's co-chairs needed an executive director to lead that work, it was easy to pick who they wanted for the job: Lynn Marmer.

"There was a name that came up first, and it was Lynn Marmer's name," said Rob Reifsnyder, president of United Way of Greater Cincinnati, which is managing the collaborative's work. "We had about three or four minutes of discussion. And everybody was in agreement that if we could get Lynn, that's where we wanted to go."

Keep in mind that the people who were in agreement are among the region's most influential leaders in business, politics and the faith community. They're in charge of some of Greater Cincinnati's largest employers and tackle the community's toughest problems every day. They are not "yes men" or "yes women."

But they all agreed on Marmer, a 63-year-old Cincinnati native with three degrees from the University of Cincinnati and a career full of work focused on making her hometown a better place for everyone.

"She can't walk on water," said Gene Beaupre, director for government relations at Xavier University and Marmer's husband of 30 years. "But the reality of it is — she can swim. You want somebody who can get in the pool and get some kind of order there."

Marmer is quick to step away from the spotlight, saying that she should not be the focus of any of this — especially not in a news story.

"I'm a hard driver, and I can get things done. But I have learned painfully over the years that the best way to get things done is with other people," she said. "This is not about me."

Still, after learning more about where Marmer comes from, what she has done and the things that matter to her, it's easy to conclude that the former lifeguard is exactly the person Greater Cincinnati needs for this job.

A Marriage of East and West

Marmer is the rare Cincinnati native with roots in both the west side and east side of town. Her father's mother, Ida Marmer, started Marmer's Shoes in Price Hill in 1925. Her dad, Saul Marmer, later ran the business. But Saul Marmer married a girl from the east side of town, and the couple raised their family in Bond Hill.

Lynn Marmer remembers "busting boxes" at the shoe store when she was 12, breaking down the cardboard without a knife because she was, after all, just a kid.

"My dad was very big on humility," she said. "We cleaned toilets. We swept the stockroom floor. We didn't get to do any of the jazzy stuff like run the registers until we were about 15 or 16."

Saul Marmer, who died last March at the age of 90, didn't tolerate any haughtiness.

"You were just there to work or add value. It wasn’t about you," she said. "This was the job."

Marmer's grandmother was so good at math, she could add columns of figures in her head. After Saul Marmer returned from serving in World War II, he got an adding machine for the store only to walk around the corner one day and realize that his mom was pulling the lever without entering any numbers into the machine. She was still doing the calculations in her head.

Marmer's other grandmother, Etta Heilbrun, started a children's clothing store that she operated from her porch on Lenox Lane in North Avondale after her husband had a stroke.

"She was also very smart," Marmer said. "Women in business were not a foreign concept to me."

The family businesses gave Marmer more than strong, women role models. Working at the shoe store helped her learn to respect people — no matter where they come from.

"When you're sitting on a stool and you're trying shoes on people, you learn a lot about who they are as people, and you realize we're all people," she said. "There is a commonality among humanity that just occurs. You're there as a servant."

Marmer graduated from Walnut Hills High School and went to the University of Cincinnati to earn a degree in education.

She taught in Cincinnati Public Schools in the mid-1970s, where she also was a union leader. Marmer taught special education at a couple junior high schools in the district. Her last teaching assignment was in Lower Price Hill where she taught the GED — or General Education Development — program to young adults.

Some of her students worked on the river barges, and she and the students had to adapt to be successful.

"It was really fun," she said. "You got to know the whole student and their whole life."

That's what got Marmer interested in what was known at the time as "community planning" — a discipline that required understanding systems and neighborhoods and the relationships between education, employment and health care.

She got her second degree from UC — a master's in urban planning — and got a job as a city planner for the city of Cincinnati when Sylvester Murray was city manager. That's when she met Beaupre. He was working for David Mann, who was mayor at the time.

She was a city planner for about four years — the same amount of time she was a teacher — and then left to run an agency that built housing for people with disabilities.

After that, she went to UC's law school and eventually became a partner at the Dinsmore & Shohl law firm, specializing in real estate law.

Marmer helped launch the Cincinnati Development Fund, the community development financial institution that has helped finance affordable housing development and market-rate housing throughout Over-the-Rhine and other parts of town.

She was elected to serve on Cincinnati Public Schools' Board of Education during those years, too. She served as president of the board for a year and was vice president for several years.

When she and Beaupre adopted their daughter, Emily, who is now 21, Marmer decided that she had too much to balance with her work at the law firm, her commitment to the school board and caring for a newborn. She met Joe Pichler, the CEO of The Kroger Co. at the time, to network, and he offered her a job in Kroger's law department in 1997. In 1998, she moved into the company's corporate affairs department. She retired at the end of January as Kroger's group vice president of corporate affairs after 18 years with the company.

She officially started her job as executive director of the collaborative Feb. 1.

'The Problem Has Gotten Worse'

As if all that isn't enough to make Marmer the right person to lead the Child Poverty Collaborative, there is also this.

For years while Marmer worked at Kroger, she served as a board member for the Freestore Foodbank and also served on the national board for Feeding America. And in 2008, she helped create a program that encourages Kroger employees to identify meat, produce, dairy and bakery items that can't be sold but are still safe, fresh and nutritious so that the food can be donated to food banks. Grocery stores across the country have modeled their programs after Kroger's — generating millions of meals for families in need.

"I've spent 20 years working around hunger relief, and what I've learned is the problem has gotten worse," she said. "And it's really complicated."

The same can be said for the problem of childhood poverty in Cincinnati and Hamilton County.

All of Marmer's experience with the nonprofits where she has worked and volunteered, the initiatives she has been a part of and the understanding she has gained from that work — combined with her ability to get things done in the corporate world — made her the right person to serve as the collaborative's executive director, said Donna Jones Baker, CEO of the Urban League of Greater Southwestern Ohio and one of the collaborative's six co-chairs.

Marmer also has the strength and willingness to ask tough questions about whether the community is spending its money efficiently when it comes to programs designed to reduce poverty, said Cincinnati Mayor John Cranley, who also is one of the collaborative's co-chairs.

Cranley said the city spends about $10 million per year on such programs. United Way's annual campaign generates another $60 million-plus each year.

"That's going to take tackling sacred cows, and that's going to be the hardest part," Cranley said. "She's an incredibly competent executive, and we need someone who can be organized and also whip people into shape and get things done."

It's a giant job for Marmer to take after a career of big jobs.

She said she wouldn't have accepted it if she didn't think the work and the people leading the charge as co-chairs could make a difference.

"My worst fear is that we do really good work, and it ends up as a report on a shelf," she said.

Marmer points to the work of the Cincinnati CAN Commission in the wake of the 2001 riots and the changes that work spurred — changes in policing and police-community relationships and the creation of the Minority Business Accelerator to help grow larger black-owned businesses, among others.

"I think there were some really tangible, positive things that came out of that," she said.

She hopes the Child Poverty Collaborative's work can have that kind of impact, too.

Beaupre, Marmer's husband of 30 years, is confident that it will.

Years ago, Marmer was a lifeguard at the old pool that used to be in Over-the-Rhine, Beaupre said. She was out one evening and walked by the pool to discover that some neighborhood kids had climbed over the fence, turned on the lights and were in the pool.

She walked over and told them they had shown initiative but that they had to go.

"It's just in her nature to try to figure out solutions instead of just focusing on the problem," Beaupre said. "She's also the one they send in the room to deal with somebody when that somebody is a pain in the butt."

For Marmer, it's bigger than whether she's the right person for the job. She sees this work as too important an opportunity to pass up.

"A big goal is a good thing," she said. "This is the work of the head, the heart and the hands, and it's going to take all three."

From busting boxes to teaching kids to being a top-level executive at one of the nation's largest retailers, Marmer has all three to give.

Lucy May writes about the people, places and issues that define our region – to celebrate what makes the Tri-State great and also shine a spotlight on issues we need to address. Childhood poverty is an important focus for her and for WCPO. To read WCPO's poverty coverage, go to www.wcpo.com/poverty.