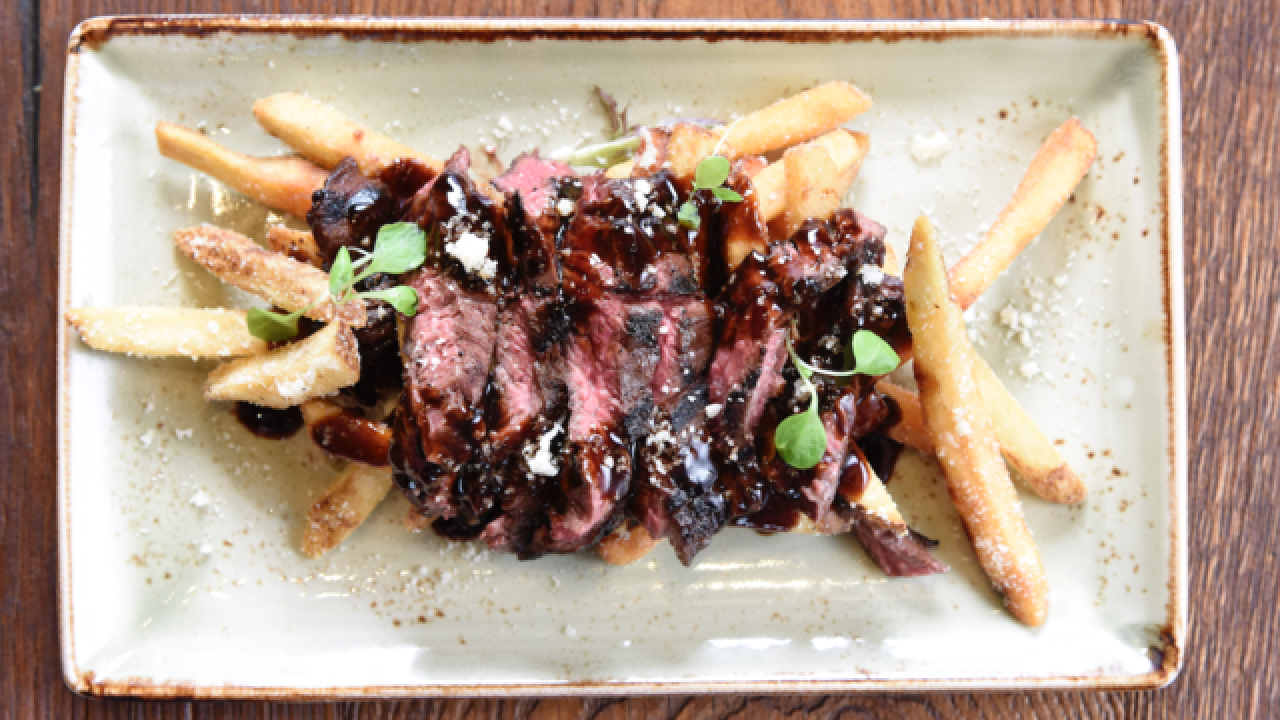 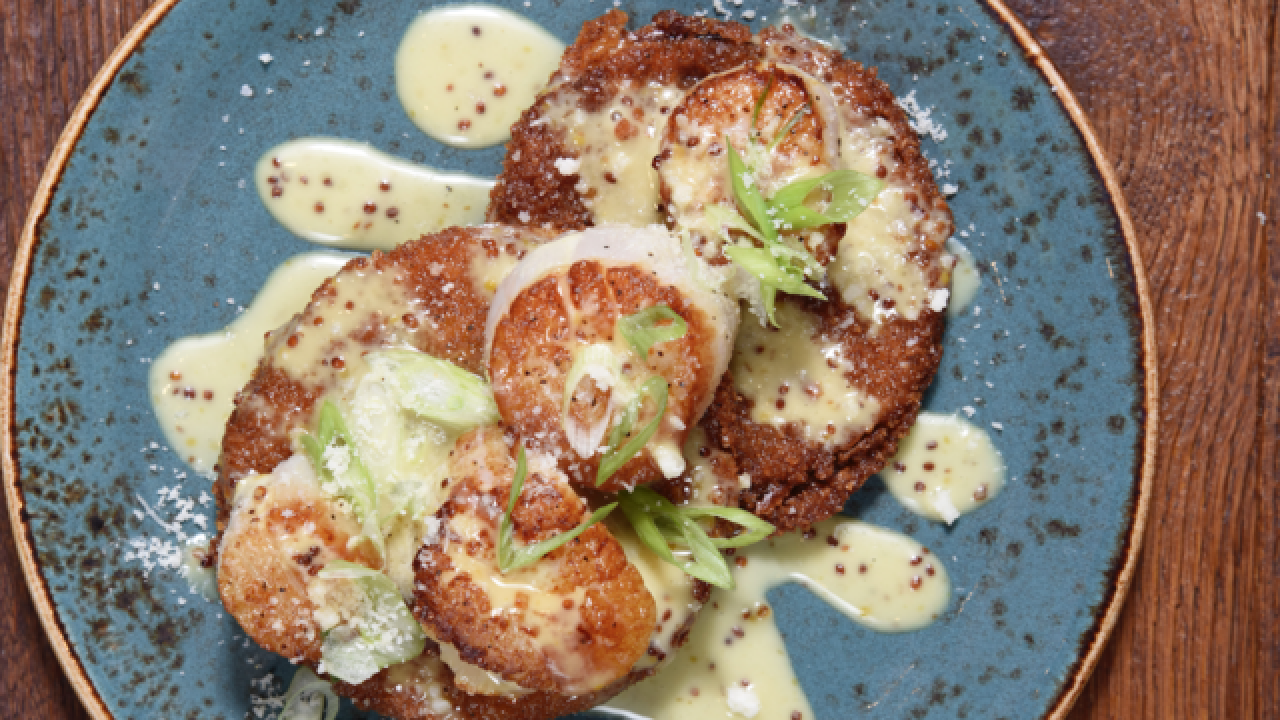 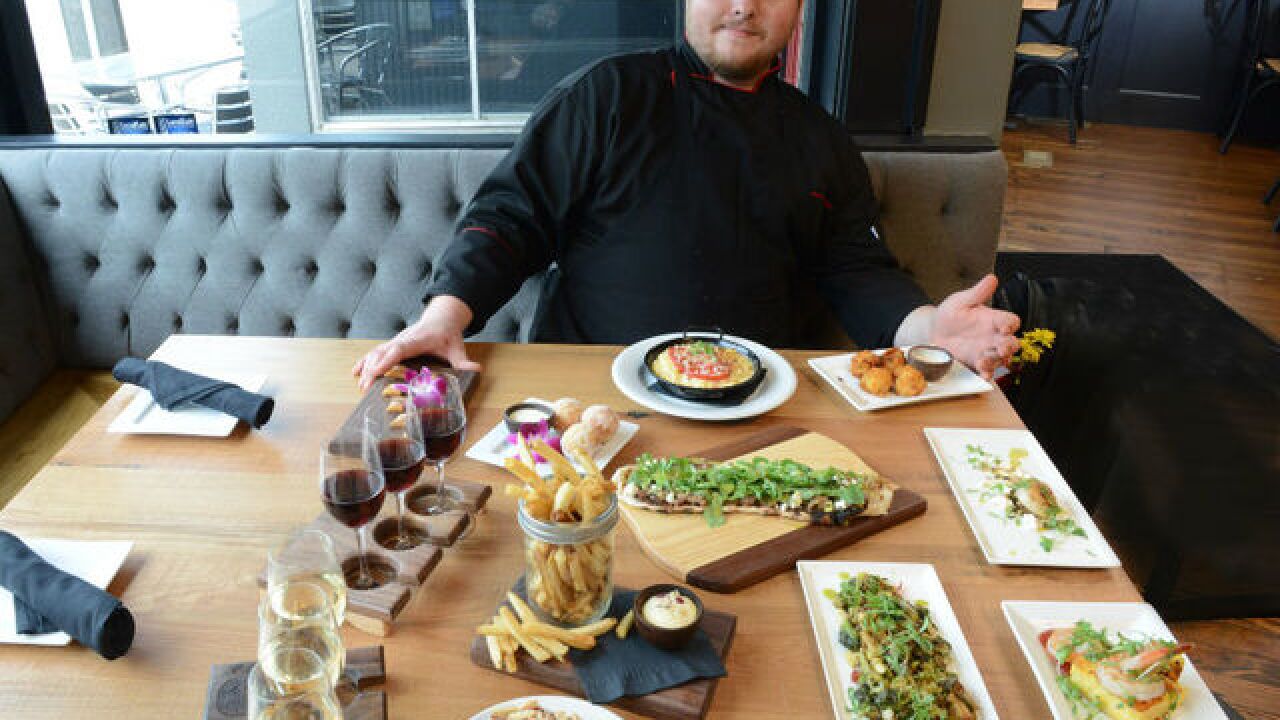 CINCINNATI – LouVino, a Louisville-based restaurant that promises “adventurous small plates with a Southern twist,” is expanding to Cincinnati.

Coulter, who owns LouVino with his wife, Lauren, said they were drawn to Over-the-Rhine because of its strong food scene.

"We didn't really see any direct competition to our concept,” he said. “That, along with the growing OTR area, it really felt like it fit well with the locations we look for – cool, trendy, up-and-coming areas.”

Cincinnati will be LouVino's fourth location; the other three are in Kentucky and Indiana.

Tavis Rockwell will be the chef at the Cincinnati location. He has been with LouVino since the beginning and was instrumental in shaping the concept at the first restaurant in 2014.

The menu offers "classic" and "seasonal" small plates. Classics are staples that stay the same year-round and across all locations. Seasonal plates vary from one location to another and will rotate every four to six weeks to reflect the local foods in season.

The restaurant is full-service. However, the food will be brought out to the table as soon as the kitchen plates it.

"We try to course it out the best we can, but it's like tapas – as soon as it's plated, it will come out," Coulter said.

LouVino will roll out brunch service some time after its initial opening and introduce Cincinnati to its brand of "boozy brunch." Mimosas will be available for $2, along with LouVino’s popular brunch items such as a croissant BLT (local bacon, fried green tomatoes, maple mustard sauce and mixed greens) and pancake tacos (pancakes, scrambled eggs, sausage, bacon and spicy bourbon maple syrup).

"You can eat it (folded) like a taco or with a fork and knife," Coulter said.

Incidentally, one of the brunch items has a Cincinnati favorite: goetta. The biscuit 'n' gravy plate features biscuits with goetta gravy and a sunnyside-up egg.

The restaurant will offer a full bar, with an emphasis on wine and bourbon. Patrons can look forward to beer in different formats: canned, bottled and draft. LouVino also will serve wine-related cocktails, such as its popular Kentucky sangria, made with merlot, bourbon and orange juice, served with a slice of orange.

LouVino will feature more than 60 wines from around the world by the glass, ranging from $8 to more than $30 a glass.

"We use a preservation system that keeps the wine fresh for up to 60 days," Coulter said. "So, we are able to open pretty expensive bottles and serve them by the glass."

Customers can sample a wide variety of wines with wine flights. Each flight, which comes with three 2-ounce pours, is created and named after famous people from the local area.

"For example, in Louisville, we have a Jennifer Lawrence flight," Coulter said, noting that Lawrence is originally from Kentucky. "We call the wines 'bubbly and beautiful.' "

At the Indiana location, LouVino offers the Axl Rosé flight, billed as a "flight of rock star rosés."

"We get a little quirky and nerdy with the names," Coulter said.

Coulter is working with Drawing Dept. to create a chic, rustic look that integrates reclaimed material.

"It'll be upbeat, lively and a little darker, like most wine bars," he said.

LouVino, which Coulter said will have a certified sommelier for its general manager, will hold wine seminars in the private dining space to highlight various wine varietals and regions.

“We're just really excited with where we are with our staff and concept," Coulter said. "We want to get involved with the local community and not just be a Louisville restaurant that happens to have a Cincinnati location."

Grace S. Yek is a certified chef-de-cuisine and former chemical engineer who writes about food for WCPO Digital. Connect with her on Twitter: @Grace_Yek.