'They ask for so little, they give you so much' 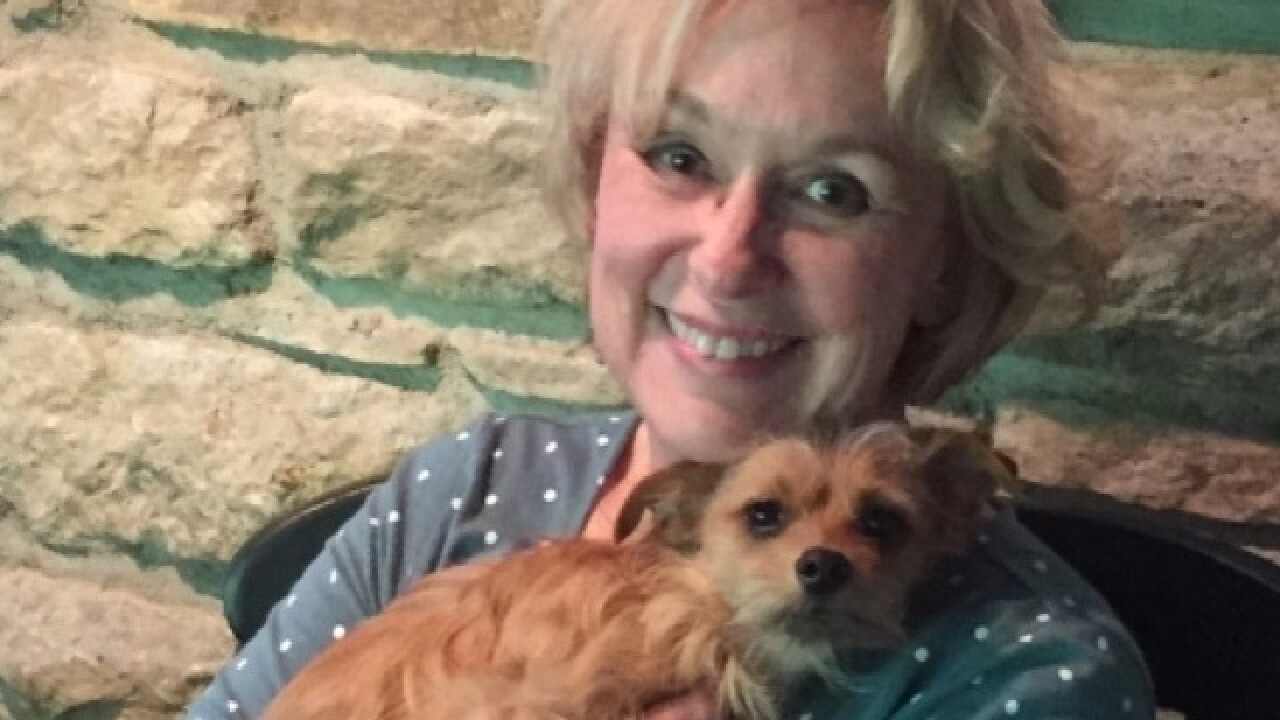 INDIAN HILL, Ohio -- Carol Sanger wakes up every morning with five dogs cuddled up in her bed.

The Indian Hill resident springs into “pooper scooper detail” for them and the other four dogs, nine cats, three goats and a miniature donkey with the help of her brother, Kenny.

After she feeds them, she starts her own day.

To ordinary human beings, it’s a lot of work.

But for Sanger, it’s nothing new. She has built up a resume of being a lifelong devoted animal champion and has dedicated her life to improving the welfare of animals throughout the region and the country.

That’s why SPCA Cincinnati recently announced that Sanger will receive this year’s P.B. Johnston Humane Care Award at the 2016 Fur Ball Gala on April 23 at the Sharonville Convention Center .

Here's an overview of some of her achievements: As the vice president of external affairs at Federated Department Stores (now Macy’s Inc. ), she took the lead in directing the company’s animal welfare philanthropy by specifying that the company's Matching Gifts Program include animal-related organizations nationally.

From 2002 onward, Sanger has served as regional coordinator for Westie Rescue Indiana, Inc. , has helped obtain its nonprofit status and has assisted in raising $100,000 and in finding homes for more than 600 West Highland white terriers across three states since the start of the organization.

She has also served for five years on the board and as marketing chair of a national nonprofit called Westiemed Inc. , which helps regional rescue groups with vet bills in serious cases.

After Sanger retired from Federated in 2005, she joined the board of the United Coalition for Animals , and three months later, she was elected as chair. She used her influence to become a vocal advocate of reducing pet over-population.

Recognizing the need to address this issue in Cincinnati, Sanger led a $400,000 fundraising campaign to construct the region’s first low-cost spay/neuter clinic. It opened in 2007 with the SPCA and 21 other area shelters and rescues as committed partners.

Since then, UCAN has spayed or neutered more than 90,000 dogs and cats.

In 2010, Sanger joined with several other former UCAN directors and founded the nonprofit Pets in Need of Greater Cincinnati , a vet clinic that helps lower-income pet owners provide basic veterinary care, food and medications for their pets.

In 2012, Sanger joined the League for Animal Welfare and two years later was elected president, a position she still holds.

In 2014, she was appointed by Gov. John Kasich to the state's Commercial Dog Breeding Advisory Board, where she advocated on behalf of rescue groups for stronger regulations of “puppy mills.”

It's clear from Sanger's resume that she's passionate about animals and has spent much of her adult life working tirelessly to give them a voice.

Why does she love them so much?

“Because they are like kids,” she said. “They ask for so little and they give you so much.”

Sanger added that she treasures a quote by animal activist Roger Caras: “Dogs are not our whole life but they make our lives whole.”

All that compassion and empathy, though, comes with a hefty price tag: Sanger estimated that she spends at least $600 a month on pet food, vet bills and cleaning supplies.

While she appreciates and respects causes related to human needs, she believes nonprofits fighting for animals “are always at the bottom of the funding totem pole, which is why we need to work harder for those without a voice.”

Sanger was born in Cincinnati and raised in Fort Lauderdale, Florida. She graduated from the University of Florida in Gainesville with a bachelor’s degree in journalism. Returning to Cincinnati, she worked as a reporter for The Cincinnati Post for five years.

In 1975, she moved to Washington and became special assistant/speech writer for then-Secretary of Transportation William T. Coleman Jr. Two years later, she was appointed press secretary for Democratic Sen. Birch Bayh of Indiana.

Sanger came back to Cincinnati in 1980 to become a reporter and editor for The Cincinnati Enquirer for four years before being recruited to Federated Department Stores to head media and government relations.

"I'm deeply grateful, but I think what really is being honored here is the new spirit of collaboration and cooperation among animal groups in our community,” she said. “There are so many people out there who are doing so much, and there always will be so much more to do. It's an exciting time, and I'm glad to be a part of it."

“Following a distinguished career in communications, including work in politics, media and business, Carol has devoted her significant talents to the advancement of animal welfare, including helping underserved families experience the joys of responsible pet ownership,” Dates said.