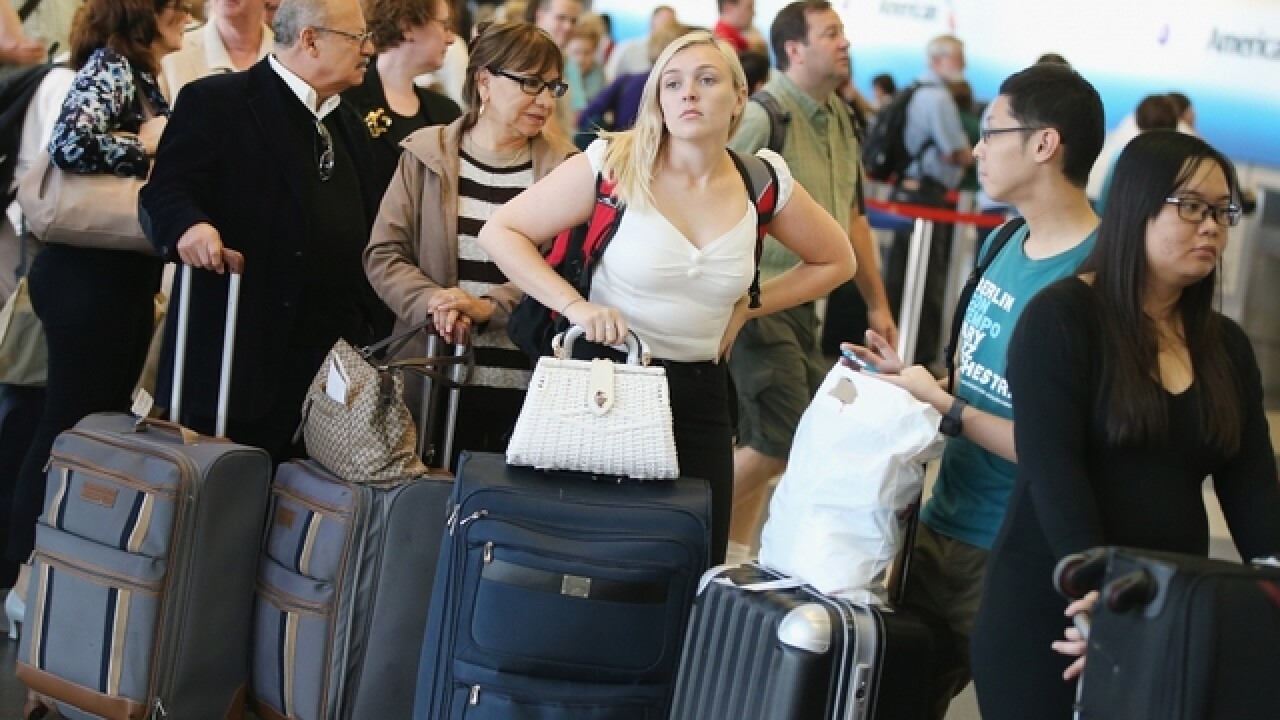 HEBRON, Ky. – A contractor that handles baggage at Cincinnati/Northern Kentucky International Airport is on notice after a recent slew of customer complaints.

Trego-Dugan Aviation, which provides ground operations for airlines such as Allegiant, is being monitored by the low-cost carrier, officials said. Allegiant said it hasn't placed the company on a "formal probation," but it is taking steps to resolve any issues "after some recent concerns" with Trego's customer service operations.

Passengers have voiced concerns on social media about long wait times at baggage claim, saying the process sometimes takes an hour – or more.

CVG officials, who have been working as a sort of go-between, said Trego is understaffed, a problem exacerbated by the fact that the airport is the busiest it has been in years.

Trego currently contracts with Frontier, Allegiant, Air Canada and WOW Airlines at CVG. Allegiant has had year-over-year passenger gains of 60-plus percent for two consecutive months. And CVG set another all-time record for local traffic last month – one month after besting an 18-year high in May. Bobby Spann, CVG's vice president of external affairs, expects more of the same in July.

"We've had a series of meetings with them," said Candace McGraw, CVG's chief executive officer. "Our HR team is working to help them in the hiring process. The carriers themselves – from their corporate leaders (on) down – are now actively engaged with the contractor. We've been very clear, it's not only impacting their brand, but it's impacting our brand."

CVG officials declined further comment. Trego did not respond to a follow-up email. But Krysta Levy, an Allegiant spokeswoman, said the airline has "sent additional resources and personnel to CVG to mitigate any potential customer service issues."

She is confident that Trego "will do so quickly."

If the situation is not remedied, Allegiant could rebid the job, McGraw said. The company, based in Nebraska, has been operating at the airport since 2013, with the launch of Frontier.

One possible solution: a series of regular job fairs Trego has hosted since May. Remaining open interviews are scheduled on Thursdays in July from 9-11:30 a.m. and 12:30-3 p.m. at the Kentucky Career Center at 1324 Madison Ave. in Covington.

In the job fair announcement , Trego said ground handling is the fastest-growing division in its company. Ground operators load and unload baggage from aircraft, marshal in planes, meet arriving flights, service departing flights and assist customers with special needs, among other duties. Trego also will hire customer service agents for ticketing at the upcoming events.

Interested applicants must have a valid driver's license. Pay is $12.50 per hour. Benefits include paid time off, holidays, 401(k) and medical, vision and dental insurance.