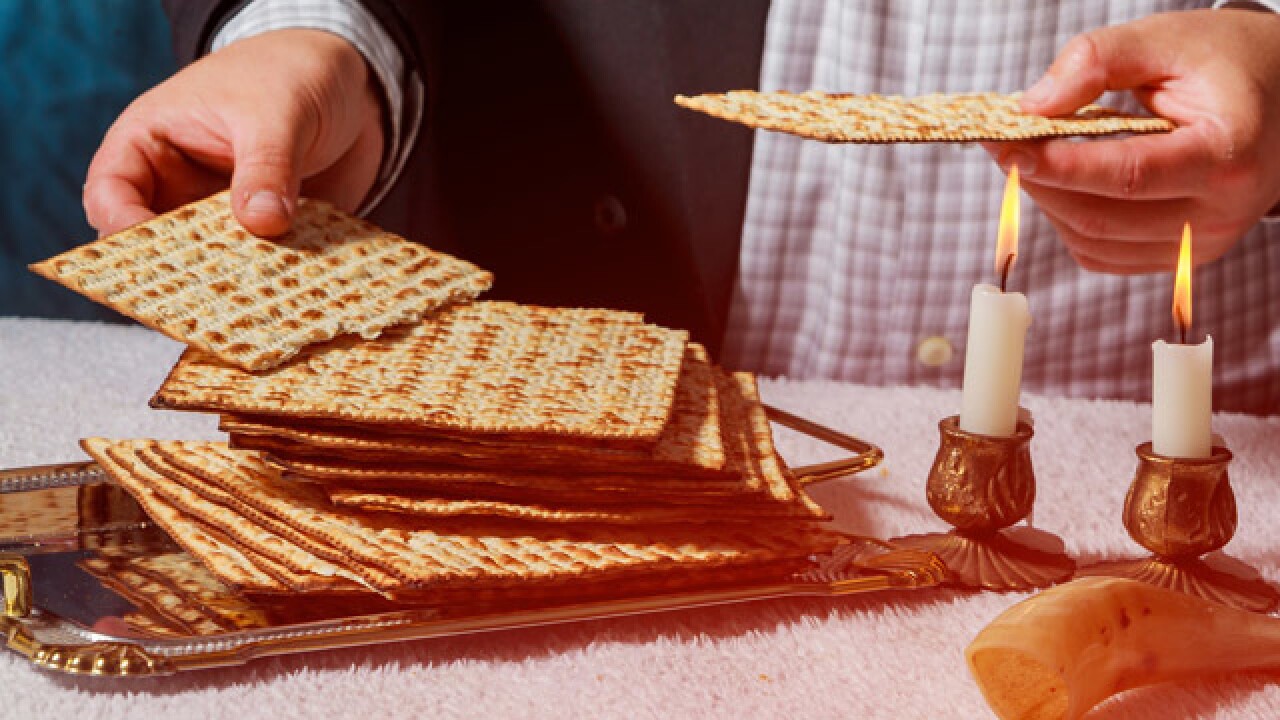 CINCINNATI -- Earlier this month, the women of Adath Israel synagogue in Amberley Village observed Passover with a special ingredient: chocolate.

Jews observe the first night of Passover with a traditional meal called a Seder. It includes a retelling of the story of the Jews’ exodus from Egypt, as well as the eating of some traditional foods: unleavened bread to recall the haste of the exit and bitter herbs for the bitterness of slavery.

They used a special chocolate-themed Haggadah, the text recited during the Seder. And in keeping with the slavery/freedom theme of Passover, they talked about how most chocolate comes from cocoa beans picked by child laborers and/or slaves, said Adath Israel President Debbie Lempert.

They also talked about where to find free-trade chocolate, produced by laborers paid a living wage.

“The point was not just to eat chocolate, much to some people’s dismay,” Lempert said. “It was good for the tummy and the soul.”

Having a chocolate-themed Seder is one way to keep your Passover celebration relevant, but it’s not the only way. Miriam Terlinchamp, the rabbi at Temple Sholom in Blue Ash, keeps a folder filled with creative ideas for Seder meals, including a “Cat in the Hat”-themed Haggadah.

Here’s its version of the first of the four questions required to be asked during the meal, “Why is tonight different from all other nights?”:

“Why is it only on Passover night

It takes doing things oddly to do them all right?

We don’t eat our meals in the regular ways,

The ways we do on all other days.”

Terlinchamp says there’s no excuse to have a boring Seder meal.

Terlinchamp's synagogue, two Christian churches, the Jewish Community Relations Council and the AMOS Project are putting on a Freedom Seder at 6:30 p.m. Wednesday at the Kennedy Heights Arts Center Annex.

Open to people of all faiths, it’s modeled on a Seder held by Christians and Jews in Washington, D.C., on the one-year anniversary of Martin Luther King Jr.’s death. It will include conversations about freedom and social justice, as well as a six-piece band that will perform modern variations on traditional Passover and freedom music. One of the goals is to help individuals connect their faith to social justice as a community and link that to the Passover story.

Passover is probably the most celebrated Jewish holiday, Terlinchamp said, in part because it doesn’t require an officiant.

"The Seder has evolved for centuries, and the Haggadah, the way we tell the Passover story and experience the Passover Seder, is one that has always encouraged creativity and personal engagement," she said.

The most widely used Haggadah in the world may be one that Maxwell House began distributing for free in 1932 as part of its “kosher for Passover” ad campaign. There are now an estimated 50 million copies in print.

The Mayerson JCC held a special allergy-free Seder on March 18. The Seder can be problematic for children with peanut allergies, for example, because of charoset, a paste made from fruits and nuts. It’s meant to recall mortar, which the enslaved Israelites used to make bricks in Egypt.

While Reformed Jews embrace changes like chocolate Seders, Orthodox Jews are a bit more hesitant to do so. Their Passover preparation begins weeks before the meal and includes making sure there’s no leavened food in the house.

Some families eat the Seder from special plates and utensils that they don’t use for regular meals, said Rabbi Ezra Goldschmiedt of Temple Sha’arei Torah in Amberley Village.

For him, the relevance of Passover is its message of the importance of freedom, of having a sense of mission to God and the fact that God’s justice will eventually prevail, he said.

He worries that efforts to update the Haggadah will water down that message. Having said that, though, he knows of one family that uses a Haggadah based on the “Harry Potter” books. And, he said, if a Seder celebration can use something like Harry Potter, which children can relate to easily, and still remain faithful to the Passover tradition, “That’s fantastic.”