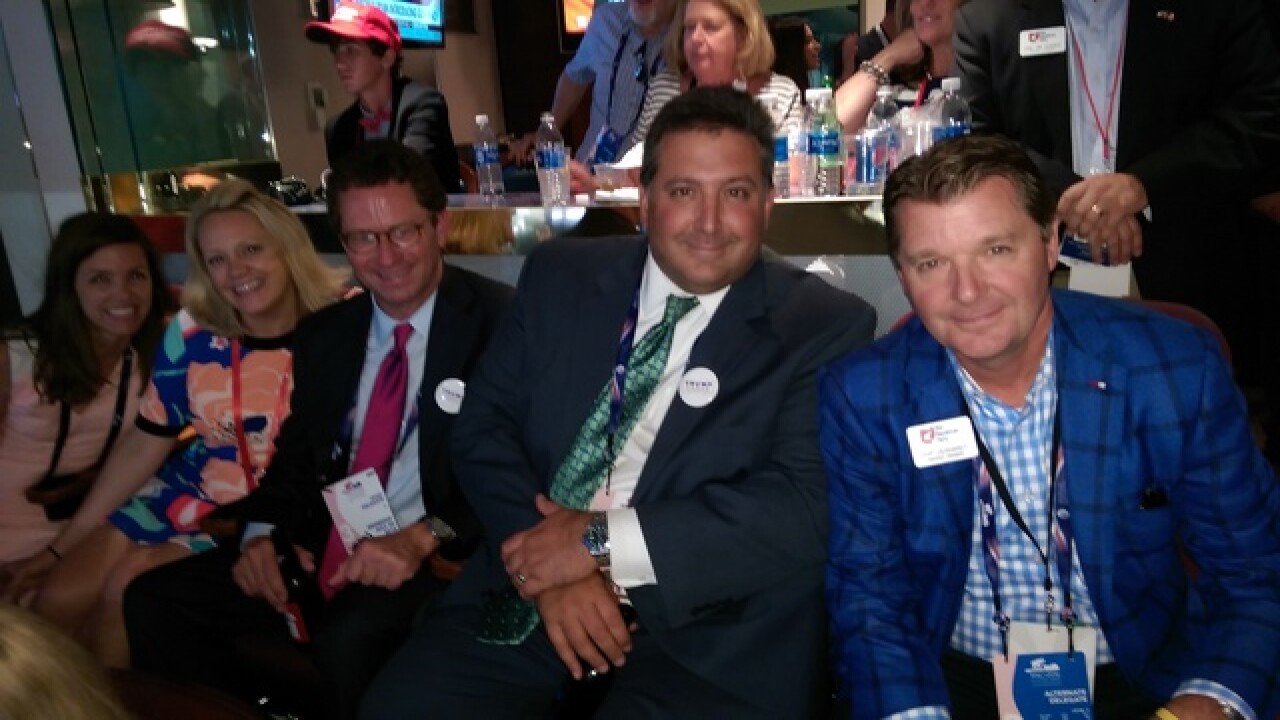 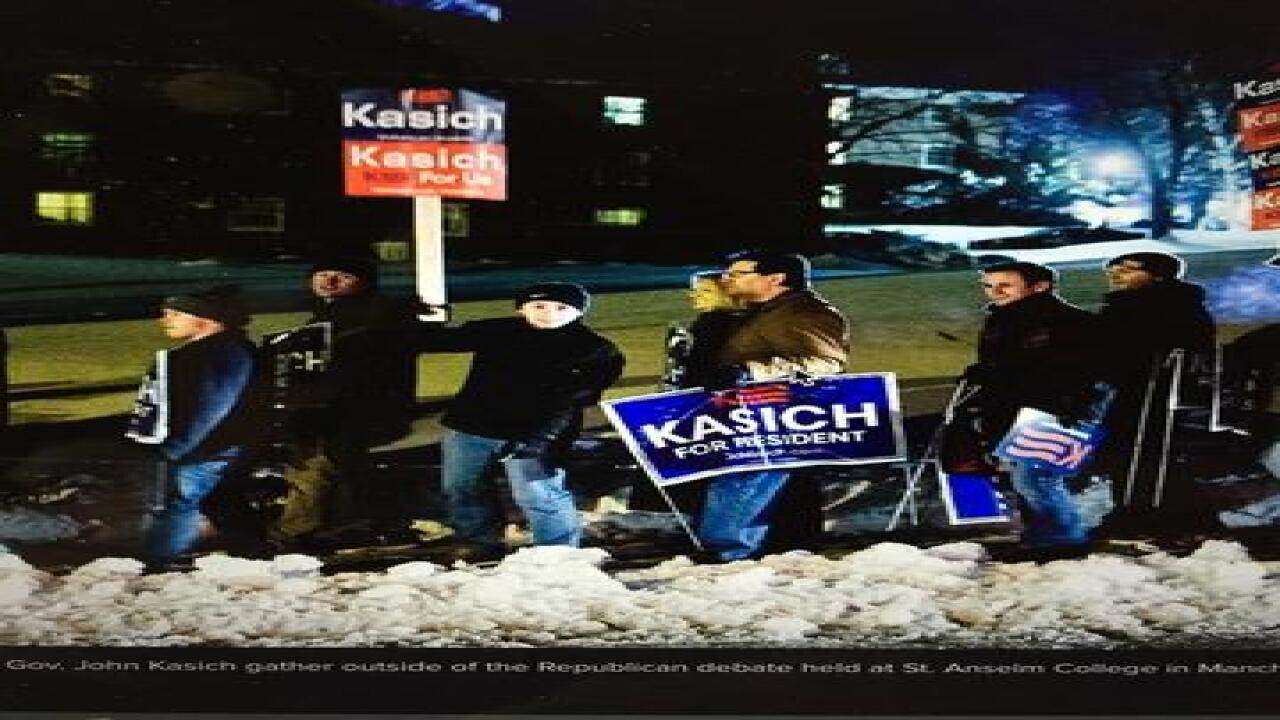 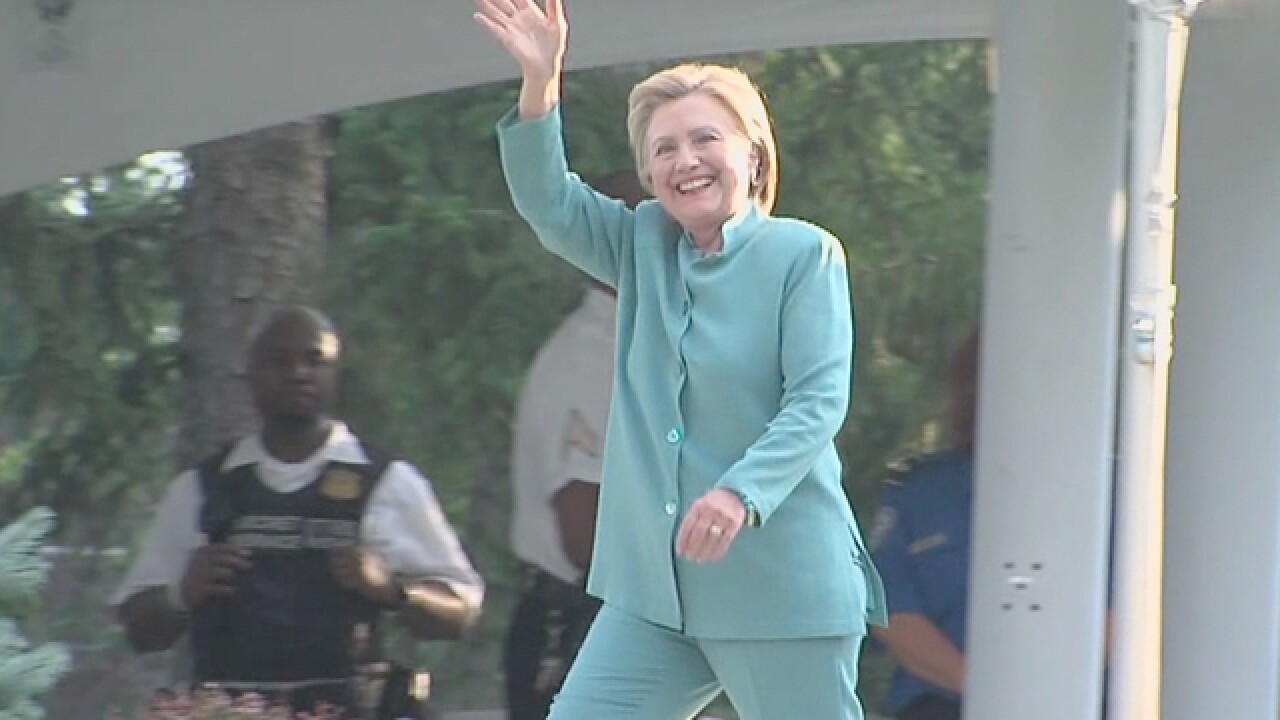 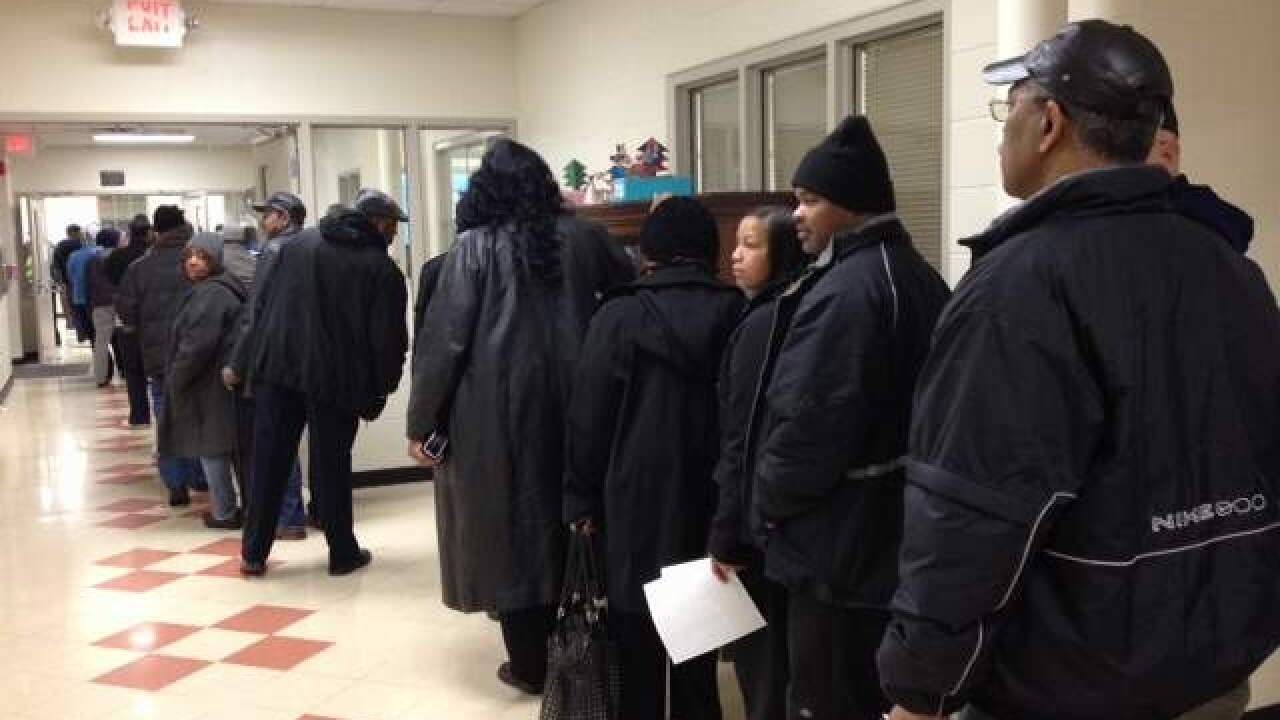 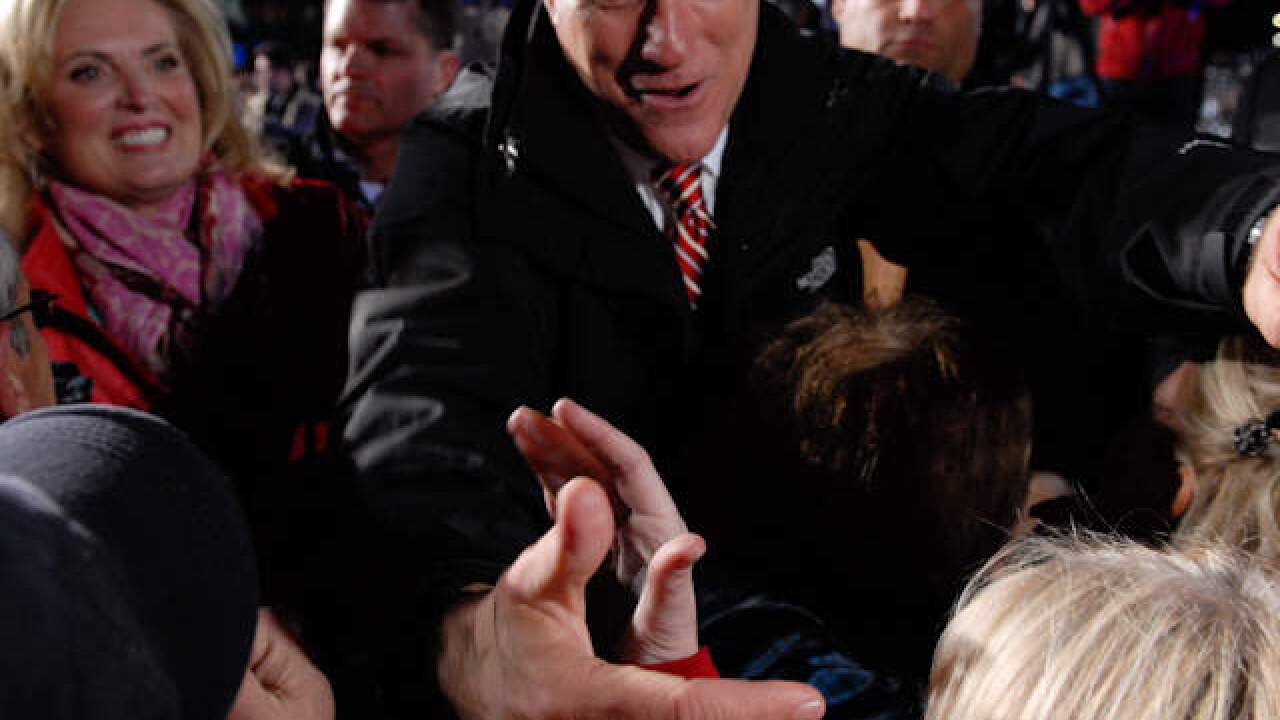 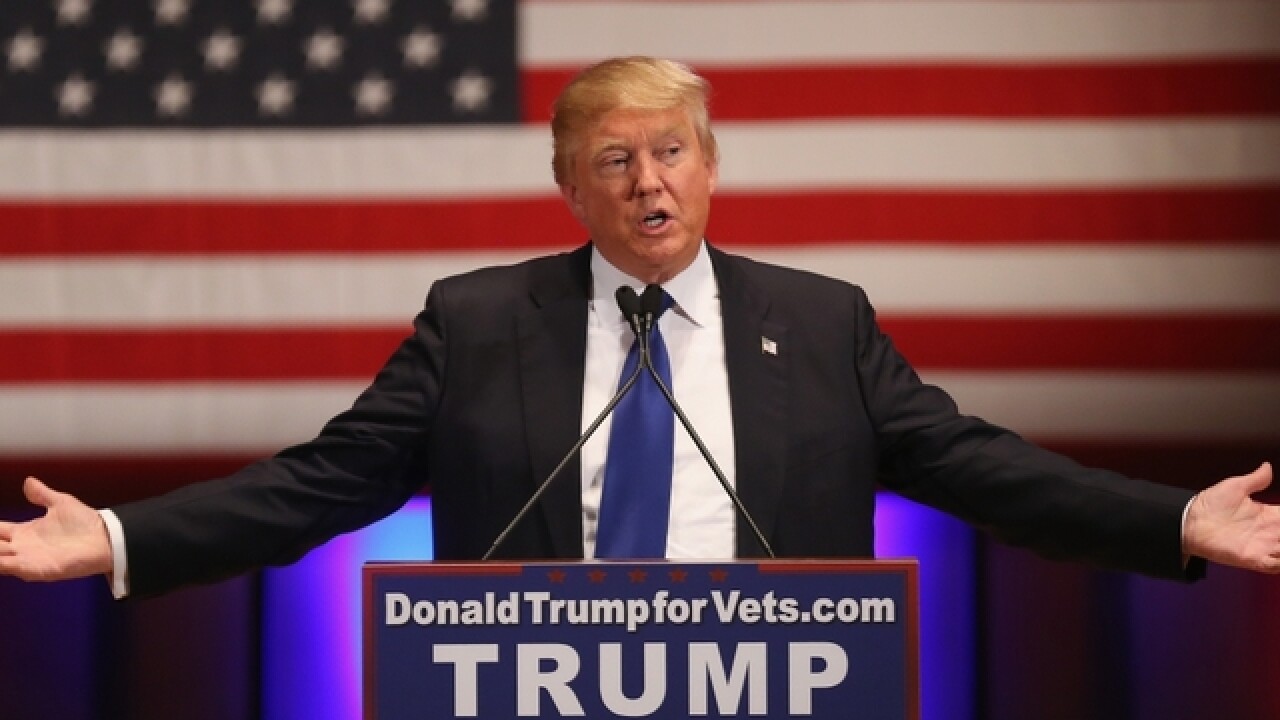 CINCINNATI -- On Election Day 2012, reporters from across the globe waited at the Hamilton County Board of Elections until midnight to see how this crucial corner of Ohio had voted.

It’s one of a handful of counties in the country that has determined who's won the White House in recent elections. Just ask any local politician and they will say with prideful enthusiasm: Hamilton County is the swing county, in the swing state, in the nation.

And every four years, presidential candidates arrive like clockwork to visit chili parlors and woo donors from Republican-heavy Indian Hill, or host concerts with musical royalty such as Stevie Wonder.

But so far this year, Hamilton County doesn’t look like much of a battleground.

With 77 days until the election, local Republicans are quietly wondering if presidential nominee Donald Trump is ignoring the county or has simply decided not to compete here.

“You can’t win without winning Ohio, you can’t win Ohio without Hamilton County,” said George Brunemann, who led the Cincinnati Tea Party group in 2012. “Why in the world they don’t have some huge presence in Hamilton County, I have no idea. That’s baffling.”

His group knocked on more than 7,000 doors in 2012 to persuade voters to Republican presidential nominee Mitt Romney. This year he hasn’t knocked on a single door.

The Trump campaign isn’t making much of an effort here either. He has yet to open a campaign office in Hamilton County. He has no paid field staffers here and instead is relying on party volunteers, who are already busy pushing a full slate of statewide candidates.

Trump will make his first stop in Cincinnati on Sept. 1 to speak at the national American Legion Convention. Democratic presidential nominee Hillary Clinton will also speak at the convention, her third visit to the city since June.

Another telling move came this week when the Trump campaign announced its first general election television ads in swing states. Cincinnati was noticeably void of ads, in favor of Dayton and Toledo.

The Trump campaign in Ohio has not responded to WCPO’s repeated requests for comment.

So local political leaders are left to wonder whether this is a stumble, a delayed effort, or a campaign strategy by Trump to snub Hamilton County.

Whatever it is, the Clinton campaign has taken notice.

Her campaign has three offices in Hamilton County, and will open two more this week, bringing the total in Ohio to 27.

Meanwhile, Trump’s campaign announced earlier this month the opening of 16 new offices across Ohio -- but none of them in Hamilton County.

“Hamilton County has already been trending Democratic, and I doubt that Trump is going to do even as well as Mitt Romney did in many diverse, big, urban counties this year. So Clinton is probably favored to win it,” said Kyle Kondik, managing editor of Sabato’s Crystal Ball and author of a new book, The Bellwether: Why Ohio Picks the President.

Instead of investing in suburban Cincinnati, Kondik believes Trump is building his edge in the ring counties of Clermont, Butler and Warren -- heavily Republican areas that have swollen in population.

Since the last time a Republican won Hamilton County -- George W. Bush in 2004 -- Hamilton County has shed nearly 40,000 people. But the surrounding suburban counties, Butler, Clermont and Warren, have gained more than 80,000 new residents during that time.

“Would I like to see a Trump office in all 88 counties? Sure. But I understand they’re trying to pick their spots.” said Mark R. Weaver, a Republican media strategist based in Columbus who has worked on dozens of campaigns in Ohio.

“I think the Trump campaign saw how strong the Hamilton County Republican center is and decided to rely on that and not reinvent the wheel,” Weaver said.

But it might not be safe for Trump to simply count on the local and state party operation to do the groundwork here.

University of Cincinnati College Republican President Brad Johnson is knocking on doors for the entire ticket, but his real focus is on local candidates such as Sen. Rob Portman and Hamilton County Commissioner Dennis Deters, both of whom face tough election races.

He does not, however, promote Trump at a porch stoop.

Like many Ohio Republicans who supported Gov. John Kasich’s bid for the presidency, Johnson has been slow to embrace Trump.

“I’ve been asking them who they’re going to vote for but I don’t go out of my way to persuade them one way another,” Johnson said of Trump. “It’s mixed -- there are a lot of (volunteers) that are doing it for Trump, but there are also a lot of people that feel the same way I do and they’re just trying to help local Republicans.”

Chip Gerhardt, a Republican strategist and founder of Government Strategies Group in Cincinnati, doesn’t think it’s the local party’s job to devote all of their time -- and money -- to getting Trump elected.

But Triantafilou insists his party is up to the task, and notes that presidential campaigns typically lean on state and local networks.

“The Ohio Republican Party is so much more organized than the Democrats,” Triantafilou said. “We win everything in Ohio, for God’s sake.”

In past elections, presidential campaigns used paid staff to train volunteers and staffers on how to talk with potential voters. They also add a fuller force at festivals and neighborhood block parties, which are fertile grounds for voters.

“If the Trump campaign ceded all of its efforts to any local party -- and I think ours is the most capable -- it’s a risky endeavor,” Gerhardt said. “We have very personal relationships with Rob Portman and Dennis Deters and we would do anything to make sure they get elected because they are our friends.”

Trump is targeting an entirely different kind of voter than local Republicans running for office are after, making it difficult for the local party to coordinate with the presidential campaign.

Can you win without Hamilton County?

The Trump campaign’s decision to shy away from Hamilton County, for whatever reason, has left some local Republicans confused and upset.

Despite President Barack Obama’s wins here in 2008 and 2012, GOP insiders still believe Hamilton County is competitive territory. A win here, they argue, is a must on Election Day.

That’s a fact with which even Hamilton County Democratic Party Chairman Tim Burke seems to agree.

“I would not declare Hamilton County to be a blue county, but it is clearly a purple county,” Burke said, although he believes Clinton will easily win here.

Once a GOP stronghold, Hamilton County has tilted left in the last two presidential election cycles as a more diverse population moved in, and some Republicans relocated to the suburbs.

“There used to be elected Democrats in those ring counties but now they are extinct,” Burke said. “There are no Democrats holding countywide offices in Clermont, Warren or Butler counties.”

Those are the same suburban counties that seem to be overshadowing Hamilton County’s importance this fall.

“While I’m sure he (Trump) will win Warren-Butler-Clermont, any erosion there amongst college-educated Republicans, particularly women, will make it hard for him to put the math together to win the state,” Kondik said. “Those are places where any Republican needs to rack up huge victories to win statewide.”