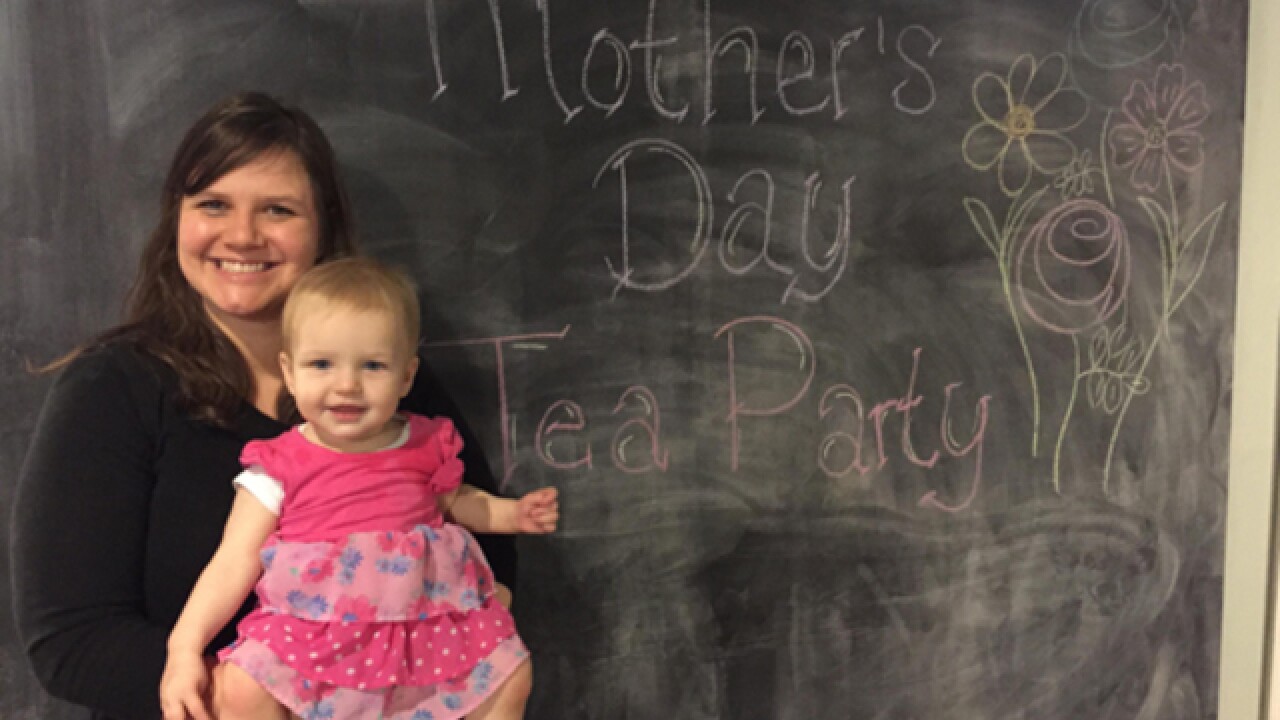 Copyright 2018 Scripps Media, Inc. All rights reserved. This material may not be published, broadcast, rewritten, or redistributed.
Provided
<p>Lisa Loiselle and her daughter enjoy a Mother's Day event at The Blue Cocoon, which closed its doors March 24. (Photo provided by Lisa Loiselle)</p>

MONTGOMERY, Ohio -- The Blue Cocoon, a favorite stomping grounds for parents and their young children, closed its doors March 24 after nearly seven years in business in Montgomery.

The store billed itself as "Greater Cincinnati's premier lactation boutique and natural baby store for the modern family," with its primary target audience being pregnant and breastfeeding moms, according to its website .

Owner Ashley Brown-Combs declined to comment on the store's closing, but in a statement on Blue Cocoon's Facebook page said she was closing the business to spend more time with her family.

The store sold baby- and mother-focused items such as maternity and nursing gear, baby carriers, cloth diapers and accessories. It was well known for a cloth diaper swap in which local parents could buy and sell cloth diapers at a discounted price.

Kirschner, who said she related to more parents at the store than anywhere else, and her 2-year-old daughter, Ellery, loved the space for multiple reasons.

"It provided a safe and enriching play space for Ellery. I really enjoyed taking her there and watching her play with the other kids," she said. "I appreciated that they only offered wooden and imaginative play toys -- no batteries! I ran there on more than one occasion on my lunch break when I was pumping at work because I'd forgotten a part at home. I also loved that they sold such a variety of baby carriers. I never got to buy the one I had my eye on -- the Tula Coast Prance -- before they closed!"

Kirschner and community moms might still be able to purchase some of the store's merchandise: According to the online statement, the store is working on new online shopping opportunities and will continue to offer insurance breast pumps.

Lisa Loiselle of West Chester, mother to a 3- and 1-year-old, said the breastfeeding support Blue Cocoon offered was invaluable when a pediatrician labeled Loiselle's youngest child as "slow to gain weight." She would go to the Blue Cocoon because she could do a "weighted feed" there, which helps breastfeeding moms see how many ounces of milk the baby is drinking.

"(They) reassured me that my daughter's weight gain (or lack thereof) was normal," Loiselle said.

Loiselle participated in "Tummy Time" classes at Blue Cocoon and joined a babywearing group. She also interacted with other mothers, such as one who worked for poison control and was certified in car seat safety.

"I became an empowered mother just by reading her advice in a Facebook group I would have never known existed if not for the Blue Cocoon," she said.

Many parents expressed concern about the store's closing on local Facebook parenting sites and chat boards, especially those who currently had rentals or classes scheduled with the store. The store's Facebook page addressed the following questions about ongoing business: