Loveland firm could be first in drone delivery 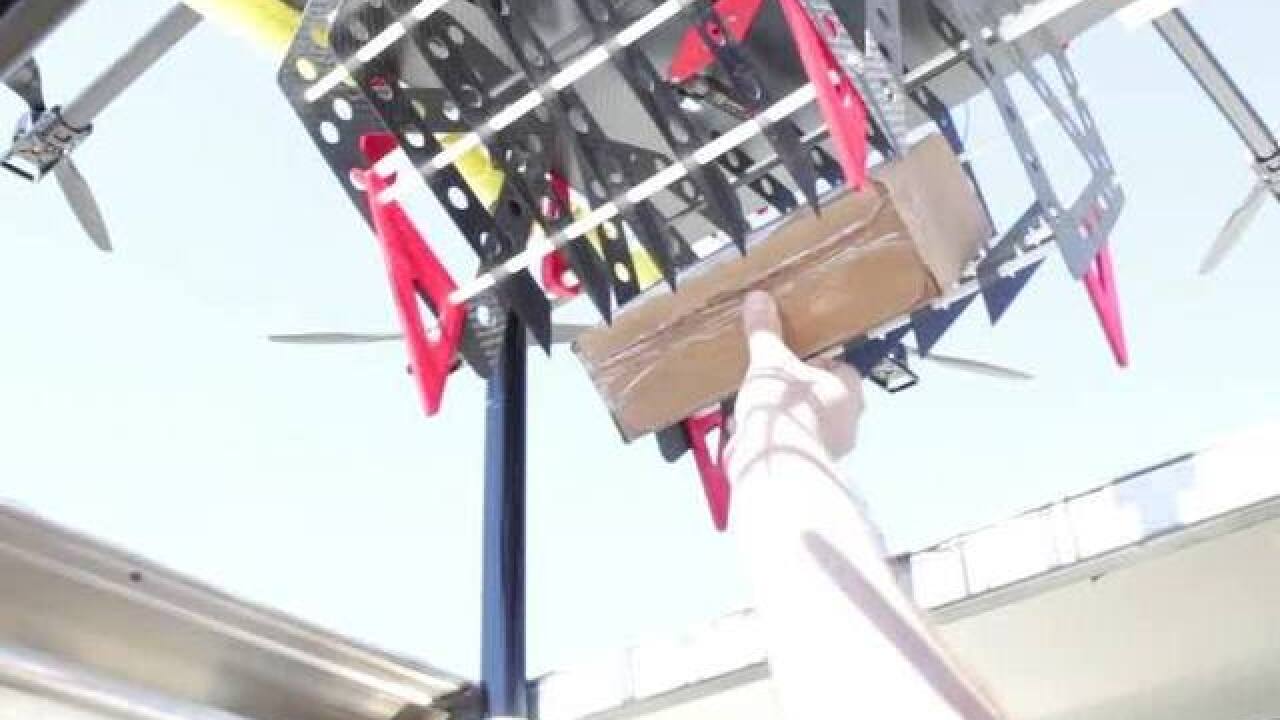 “The drone has not crashed yet, even in very high winds,” said Burns, CEO of Workhorse Group Inc., a Loveland-based manufacturing company that’s trying to become the first to perfect the art and science of delivering packages by unmanned aerial vehicle.

And then there’s that pesky wind, which hit speeds of 30 knots when Workhorse Group tested its Horsefly drone in Texas. Its eight propellers kept the unit stable enough to carry packages from the roof of a Workhorse step van to the driveway of a test home, then return to its docking station on the roof of the truck.

“We’ve been trying to test in extremes,” Burns said. “By the time regulators say it’s a go, we want to be ready technically.”

Workhorse Group has spent $11 million on research and development in the last three years, according to its SEC filings. During that period, it’s racked up losses of more than $22 million, selling its shares in private-placement offerings to keep the company afloat. That led the company's auditors to question the its ability to survive as "a going concern," language that often spells trouble for publicly-traded companies.

Burns said the company has turned the corner financially. And its listing on the Nasdaq exchange this year makes it easier for investors to buy and sell its stock. That usually translates to more stability for public companies.

“We’re in the best shape we’ve ever been,” he said.

Workhorse Group raised $13.5 million from the sale of promissory notes at the end of last year. It’s now generating revenue from the sale of 143 electric-powered delivery trucks to UPS. And it recently got the Federal Aviation Administration’s blessing to start testing the delivery of consumer products to homes.

“We’ll have to file a flight plan with every delivery and we have to get the homeowner’s signed, written approval to deliver to their house,” Burns said. “We’re in discussions with a couple of folks about (offering the service in a pilot test). We’re not saying who that is. But we are going to have a partner and start to do live deliveries here soon.”

That could make the Workhorse Group the first company in the country to be authorized to test home deliveries by drone, said Tom McMahon, vice president of advocacy and public affairs for the Association for Unmanned Vehicle Systems International (AUVSI) in Arlington, Virginia.

The commercial use of drones is expected to create more than 100,000 jobs and generate an $82.1 billion economic impact by 2025, according to a study by AUVSI. The FAA has approved more than 4,000 exemptions for drone use under Section 333 of the 2012 FAA Modernization and Reform Act. Aerial photography is the most common use planned by exemption holders, followed by real estate and aerial inspection.

Amazon, Google and DHL are also experimenting with delivery drones, but industry giants are pushing for a different kind of exemption from the FAA.

“Amazon is looking into doing package delivery of small items,” McMahon said. “They want to deliver packages that weigh less than five pounds in 30 minutes or less. That is about 80 percent of the deliveries they make currently. So, there really is a big market for this just because of the number of small items delivered every day.”

So far, however, the FAA has been reluctant to authorize flights from warehouse facilities to homes. Section 333 exemptions include a “line of sight” rule that requires drone operators to keep an eye on the flying robot for safety reasons. That limits drone deliveries to one or two miles, not the 30-mile radius that Amazon and others desire. They argue engineering can make deliveries safe without flight supervision.

But Burns is building a delivery system that operates within the FAA's “line of sight” restraints. Because the Horsefly launches from the roof of a delivery van, a driver can see the unit while making other deliveries. That means it can operate under rules already approved by the FAA.

Under the system being developed by the company, a driver pinpoints a landing zone with a satellite map in the truck while a pilot monitors the landing from a remote facility. The idea is for a pilot to monitor dozens of deliveries per hour, taking control of the robot for tricky landings and other problems.

“There’s a lot to be said for the innovation,” McMahon said.

He thinks the Horsefly could improve the efficiency and safety of package deliveries. It could also make drone deliveries available faster than Amazon, which needs an FAA rule change to make its warehouse flights possible.

Burns said users of the Horsefly could see “an enormous leap in productivity,” even if it delivers just 10 percent of a driver’s packages by drone. That’s because it reduces the most expensive piece of home delivery: The driver’s labor.

“If you think about the guy in the truck delivering packages the conventional way, it’s been done the same for 100 years,” he said. “The internal combustion engine in that truck has been refined to death. Most of these companies already have their routes defined by computer to be efficient. There’s nowhere to go (to improve efficiency). Where are you going to get gains?”

Burns said a diesel-powered step van costs a mile per gallon to operate, including maintenance and fuel. Workhorse vans use a diesel engine to recharge batteries. Because they consume less gas, they’re cheaper to operate over time.

“A pilot with a joystick can land all day,” Burns said. “So, you have three cents of electricity per mile and then 15 seconds of pilot time. That’s a lot less than” paying  a driver to bring his truck to a driveway and walk a package to the door.