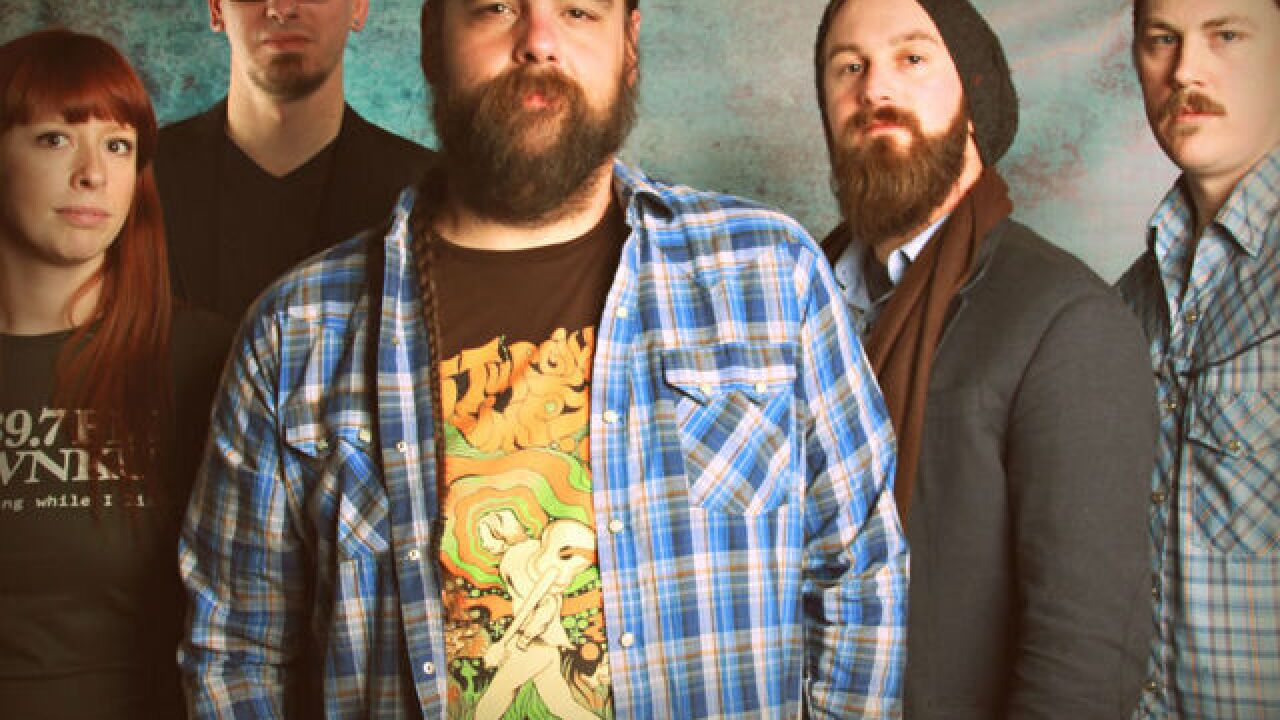 <p>Arlo McKinley and the Lonesome Sound were paid a nice bonus at a Colorado festival.</p>

Memories are made at summer festivals.

Some of the best (and maybe worst) experiences you will ever have take place between the main stage and the parking lot. That time you had to walk a mile to your car and realized you had lost your keys during the Flaming Lips set. Or when that awesome security guard pretended to tie her shoes and let you slip into the VIP and you got to hang with Gwyneth Paltrow at Coachella.

Who knows if your next awesome summertime music adventure will unfold at this year's Bunbury Festival?

While you wait to find out, we asked some of the local bands performing at Bunbury to give us their favorite festival memories, good, bad, unbelievable — and, possibly, illegal. Check out their stories, and get there early to hear their sets, too!

Automagik (drummer Andy Cluxton): "As any band that would get the opportunity, we were thrilled to be invited to play at SXSW in Austin, Texas (this year). Once we got there, we played our showcase, had a blast, but still wanted to do more. We're a band from Ohio. How do we stand out at a festival in Texas where everyone is trying to get noticed?

We weren't sure when the next time we'd be in Texas would be, so we decided to make the most of it. We rented a generator, set up on the busiest street in Austin (Sixth Street), plugged in our amplifiers and started playing. We got through about a song and a half until we were shut down by Austin P.D. But we made our point and made some fans in the process. It was a testament to how you can unexpectedly still make your own path, no matter where you are."

Mad Anthony (guitarist/singer Adam Flaig): "After getting accepted to the Canadian Music Week festival in 2011, we wanted more and thought we would be a shoo-in for the next Toronto music festival, North by North East (NXNE). But it turns out they did not feel the same way and we were not accepted to the festival. We didn't let that stop us. We went ahead and booked some shows in Toronto the same week as the festival. We thought we would still have the opportunity to make new connections and at least see some friends.

"To get access to the venues and festival we needed documentation, which was just a lanyard and badge. Our van had multiple used lanyards from past festivals so all we needed was an official NXNE badge or something that looked like an official NXNE badge. Eureka! Since most people walking around the city at that time were wearing these badges, it was easy to find someone who had one. We struck up a conversation with one of the lucky participants and asked to photograph his badge. With a few edits in Photoshop we had our very own official Mad Anthony 2011 NXNE passes.

"Next we headed to an office printing store and printed out our new badges and added them to our old generic lanyards. We spent the rest of the weekend at the festival watching bands, getting VIP access and even hopped on a NXNE show. Needless to say we were accepted the following year ... or were we?"

Dawg Yawp (singer/guitarist Tyler Randall): "So Rob (Keenan) and I were having an incendiary time at Rothbury, our first festival-going experience. We had just returned to the campground with our dearest friends when someone put (experimental New York duo) The Books on a portable speaker system. It was at that moment that I glanced over at Rob, and he literally morphed into a dawg. I will never forget that."

Arlo McKinley and the Lonesome Sound (Arlo McKinley): "Being a newer band, we've been very lucky to be a part of some festivals. We've had the opportunities to play with some artists that have greatly inspired me as a songwriter: Willie Nelson, Jason Isbell, Drive By Truckers, Old Crow Medicine Show.

"These are artists that I would be going to see normally, so to be on the same bill as them is in some way an accomplishment and a little bit of validation in what we are doing as a band. I had a conversation with Patterson Hood (Drive-By Truckers) about music and you see that these artists you've looked up to are on the same path as you — they are just a little further up the road. There is not much room at these festivals for 'rock star' personalities. I'm sure it happens but I've yet to see it. I actually see a lot more of encouragement from the more well-known acts being given to the smaller bands trying to make their mark in a profession that can be rough and sometimes cutthroat.

"We also played a festival in Colorado, and they wanted to settle the payout with us right away so we wouldn't have to worry about it later that night. Keep in mind that some laws are very different in Colorado, so they gave us our money and a nice tip for making the trip out there. That was the first and only time I've received a tip in a large amount of herbal medicine.

"These festivals are great because you never know who you will meet or what you may see. It's people from all walks of life getting together for a weekend to enjoy music and the company of friends and strangers. Whatever you think may be going on around you probably is. Enjoy it."

Leggy: "One of the most fun times we've had at a festival was last summer when we played Center of the Universe in Tulsa. We love playing in Oklahoma, and the artist lounge had unlimited free Sour Patch Watermelons, so right away we knew it was going to be a great day. We played at one of our favorite bars called Sound Pony, and our set finished just in time for us to sprint to the main stage and catch the last couple songs of Three Days Grace's set.

"Thankfully, they saved the best for last! After getting hyped on those bangers we headed to the 'artist-only' afterparty. Our bud who lives in Tulsa smooth-talked his way into the party by saying he lost his ID and wristband and gave the name of his archnemesis (who had played the fest), who we then found out later wasn't allowed in. (Ha ha!!) At this point we realized that the free beer we had been drinking all day was only 3.2 percent (you got us, Oklahoma!) so we headed to the open bar and slammed many shots and started a dance party.

"For some reason our drummer began chanting 'Cincinnati Mother******!!!' and at least a dozen people started chanting with him, too, I think. At one point our roadie had to make a mad dash to the exit to vomit outside. Not 10 minutes later, one of the members of Leggy (who shall remain nameless) also had to run outside and vommed on the same spot. Good times."