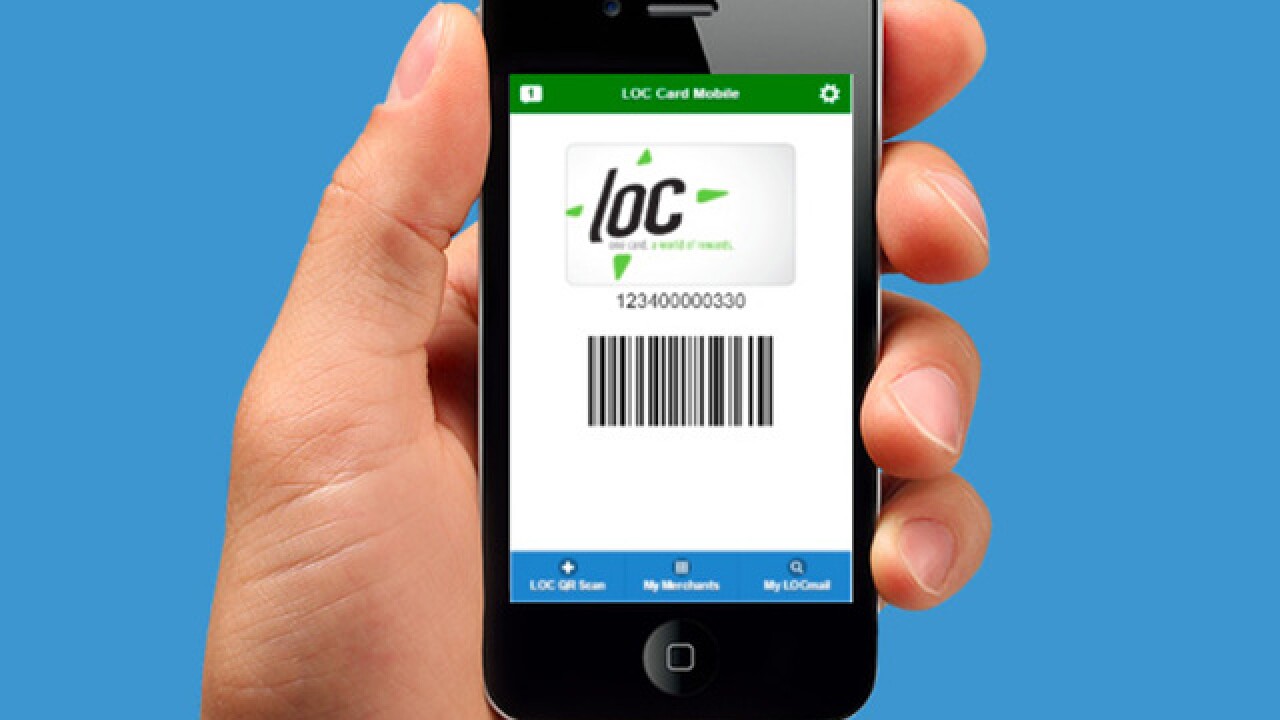 Copyright 2017 Scripps Media, Inc. All rights reserved. This material may not be published, broadcast, rewritten, or redistributed.
Provided
<p>The <span data-scayt_word="LOC" data-scaytid="42">LOC</span> Card allows consumers to find fresh content from their favorite merchants all on one site, and on the consumer's terms.</p>

CINCINNATI -- A local company is making it easier for consumers to cash in on businesses' rewards and loyalty programs, and one reward being offered to Reds fans is almost too good to pass up.

The idea for LOC Enterprises LLC occurred to Jack Kennamer in 2012, but it wasn't until a recent partnership with the Cincinnati Reds that the company really started to take off.

LOC Enterprises is the company behind the LOC Card, which is a platform that helps connect local and national businesses with consumers who are interested in receiving updates and deals from merchants that participate in the program.

"What we did is create a platform for merchants, you know, stores, restaurants, venues ...  to engage with customers all in one streamlined place that is simple to use and easy to navigate," Kennamer said.

Kennamer, who has founded four successful companies in his career, realizes that businesses are always searching for new and innovative ways to connect with the consumer.

"By providing businesses the opportunity to connect with consumers on the consumers' time and when they're ready to engage, I mean really, we're flipping the model," he said.

He uses the example of a business that invests in a sponsored post on Facebook. He points out that not everyone is going to see it, because most people aren't logged on to the social-media platform all day, every day. Plus, if you have 500 friends, are in multiple groups, and follow a handful of companies, the likelihood of you seeing every piece of content from a company you follow is slim.

The LOC Card allows consumers to find fresh content from their favorite merchants all on one site and on the consumer's terms.

So instead of receiving dozens of emails from your favorite retailers and grocery chains daily, the idea pf the LOC Card is that you can log on to one dashboard, where you'll see all the companies you've chosen to follow. Not only is all of the information organized, it's timely.

"Say you're making a grocery list and you want to know what stores have the best deals today," Kennamer said. "Instead of shuffling through your emails for coupons and deals from various grocers, you could log on to your dashboard on the LOC website and there you'd see everything you need that is related to groceries."

The LOC Card is also handy for looking up restaurants, retailers and entertainment, he said.

The partnership has been in the works for several years, but as of this season, LOC Card holders not only will see a LOC Enterprise kiosk at the ball park, they'll also be able to cash in on some incredible deals, including free Reds tickets.

After consumers register for an account with the LOC Card, they'll be awarded two free Reds tickets for a home game of their choice.

In addition, LOC Card holders can have their card scanned at the kiosk at Great American Ball Park for a chance to win autographed Reds memorabilia during each home game. For the remainder of the baseball season, cardholders can take advantage of exclusive offers, such as buy-one, get-one-free tickets to home games.

"We put a lot of time and energy into this partnership," Kennamer said. "We've been working with the Reds and MLB for a couple of years now to integrate our systems. We had to have an independent security audit and, really, we had to cross a lot of hurdles to get here."

The partnership was announced earlier this month, and Kennamer said he is hoping the exposure will bring more merchants onboard. He said his goal is to eventually have the LOC Card replace merchants' loyalty programs.

"When you look at loyalty programs and what it requires for a consumer to participate -- it's a lot," he said. "But when you have a LOC Card, a simple swipe can connect you to that merchant without the hassle of filling out paperwork and handing it to a stranger."

By swiping a LOC Card at a participating business, customers can instantly access all of the content from that business without having to register through the store.

"The whole method involves simplification for the consumer and retailer to connect," Kennamer said.

So how does it work, and how can I score free Reds tickets?

You'll need first to register for the LOC Card online . You'll need to provide your name, email address and phone number, then set up a password.

After your account has been established, you can select the businesses you'd like to follow that participate in the LOC Card program. For example, I follow the Reds, Newport on the Levee, Macy's and Starbucks, to name just a few.

Shortly after registering, new LOC Card holders will receive an email with a redemption code good for two tickets to an upcoming Reds home game. To redeem the tickets, new users can visit the LOC Card website, select which game they'd like to attend and enter the redemption code provided. The tickets will be sent electronically.